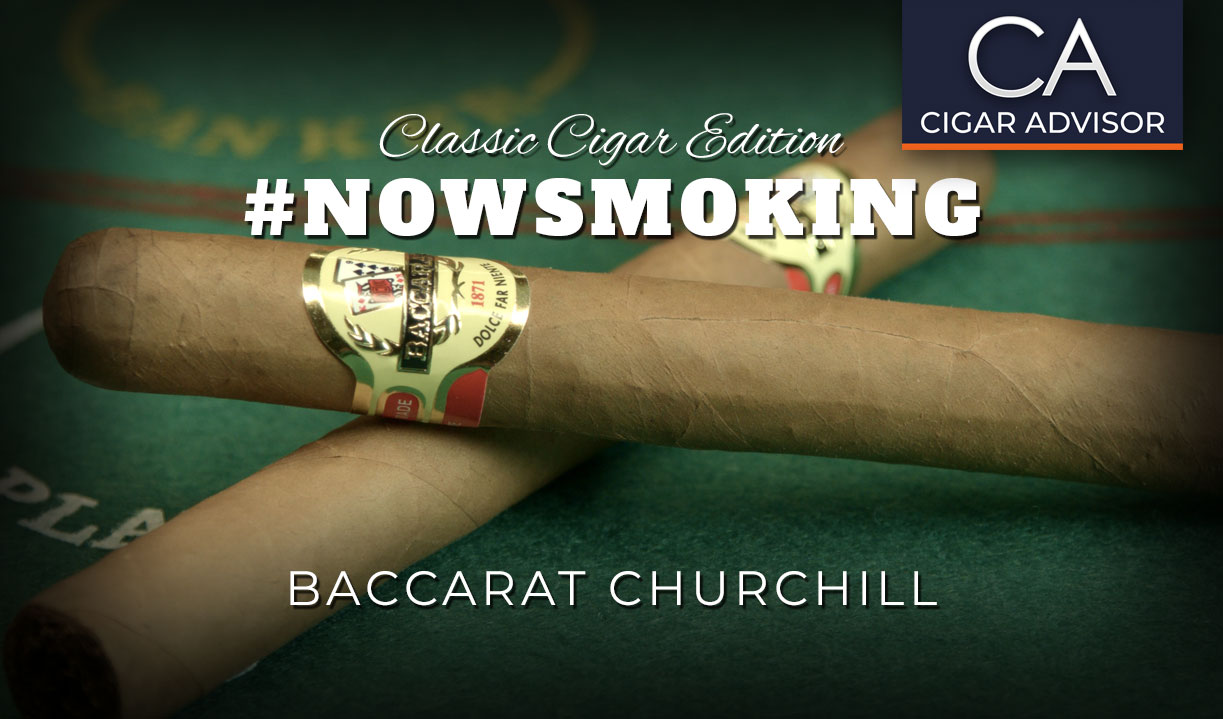 Baccarat The Game cigars – more commonly referred to as Baccarat– started in Cuba with Carl Upmann of H. Upmann Cigars fame and enjoyed a great deal of success among Cuban cigar smokers throughout the 1920s and into the early 1930s. Shortly after 1935, the company went bankrupt and was purchased by a Netherlands manufacturer who was able to develop the Baccarat brand even further.

Fast-forward to 1989 when the legendary Julio Eiroa relaunched Baccarat cigars under his Caribe name with a mostly Honduran tobacco blend. Working in partnership with the Eiroa family, the late Sal Fontana took over production of these cigars under his Camacho Cigars imprint. The Honduran blend caught on quickly for its now distinctively creamy, mellow profile that consisted of Jamastran Valley grown long-fillers, Mexican binder, and a Honduran shade wrapper grown from Connecticut seed. Add in the Cigar Boom years that followed, and Baccarat became a clear competitor to the well-established Macanudo Café cigars, by offering cigar smokers a comparably distinctive taste at a lower price. 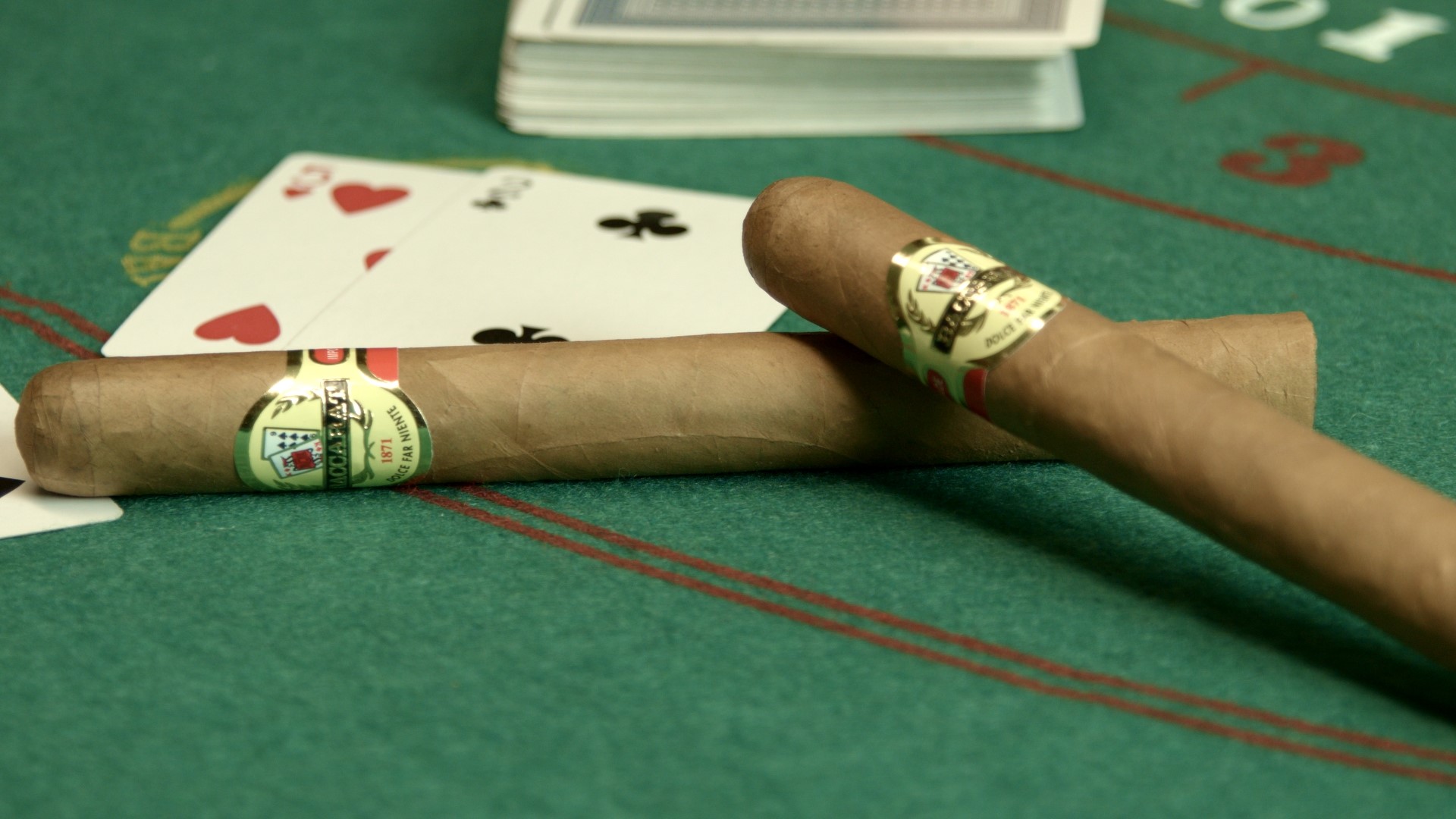 By 1998, Camacho Cigars began to struggle under the weight of unionization issues, causing the company’s profits to fall precariously close to the red ink on the books. However, according to one reliable source, Camacho claimed that Baccarat cigars sales never dropped-off, and single-handedly kept the business afloat. Moreover, sales actually increased over the years.

Ten years later, in 2008, the Oettinger Davidoff Group bought Camacho and its Rancho Jamastran factory in Danlí, Honduras, but the Eiroa family would continue to retain ownership of the Honduran tobacco fields. Therefore, nothing changed in terms of the factory and the original blend. It’s also why Baccarat Cigars have maintained their quality control and stellar reputation all these years. 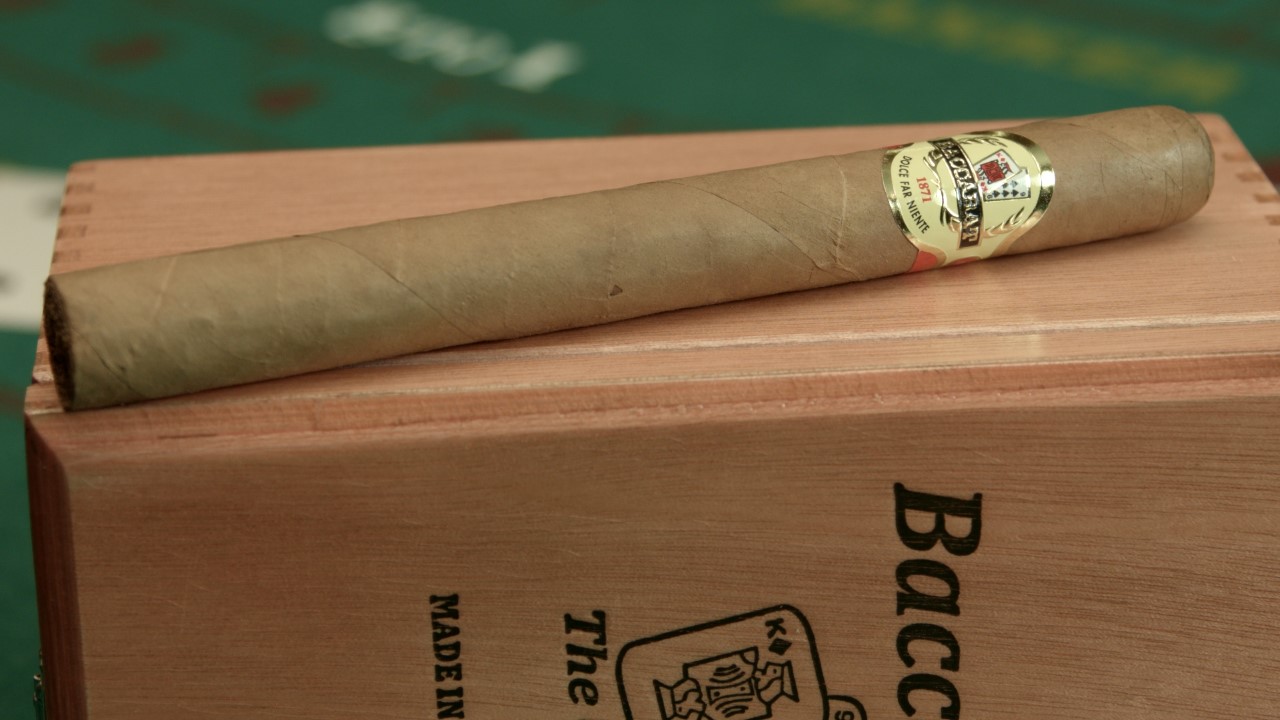 Beautifully. The wrapper was clean and silky. No obvious signs of veins, soft spots, or blemishes. Even the seams were barely visible on my sample. The cap was evenly applied and cut perfectly revealing an excellent draw with pre-light notes of leather and cedar.

Wonderfully. The foot took easily to flame, and the smoke was fairly dense offering a smooth, mellow dose of leather, cedar, and some sweet tobacco notes. The flavors, primarily leather, cedar, some nuttiness, and sweet spice, were mostly consistent throughout, and displayed excellent balance. 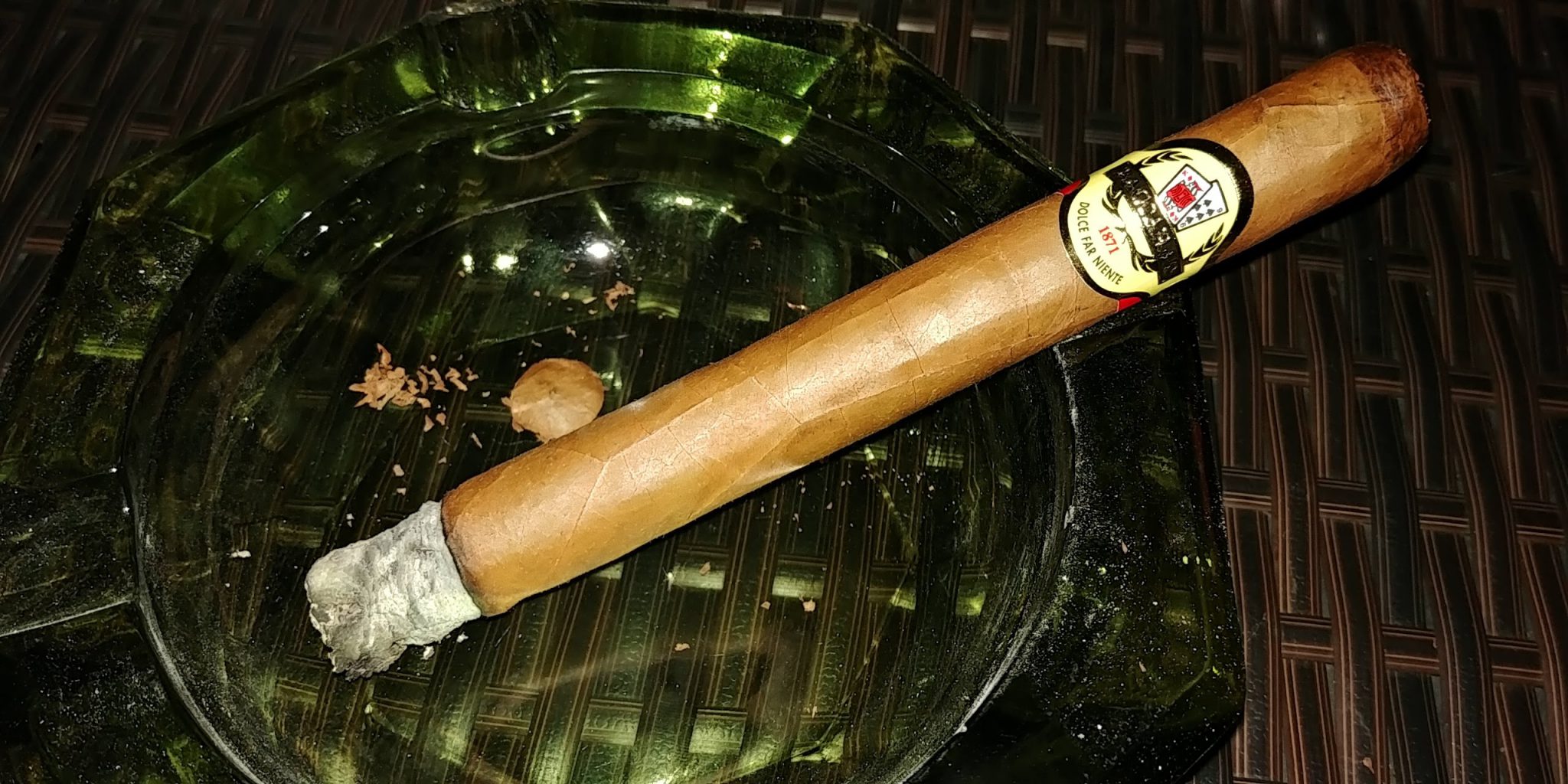 Retrohales were also smooth revealing some additional woodiness. Although the cigar burned a little faster than expected, it was very even, while the ashes were firm and often conical in shape when tapped. Transitioning from the second act to the final third saw a boost in strength into the medium zone, which was a nice extra. I was also impressed by how the Churchill maintained its base flavors well into the end zone. 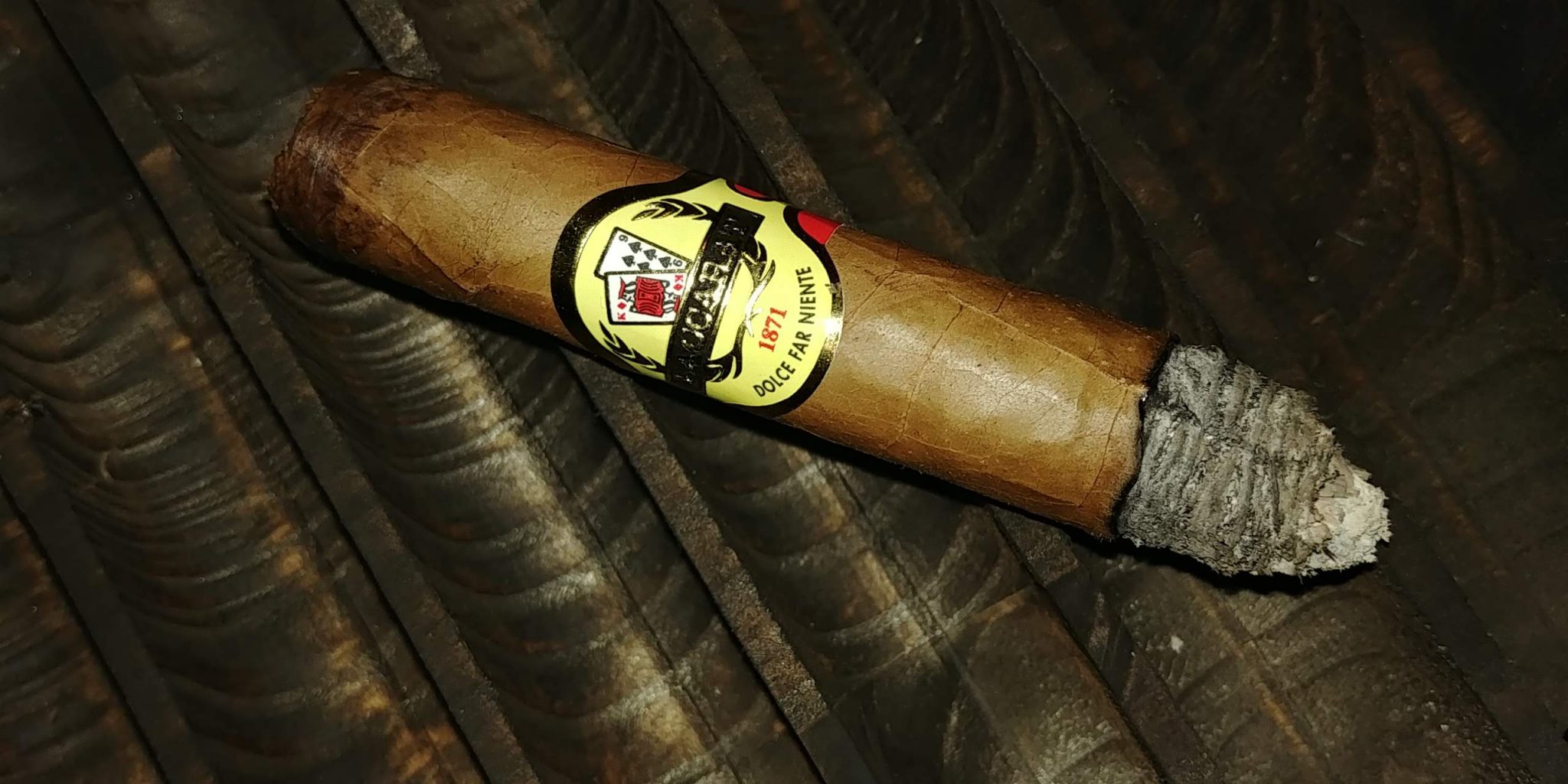 Mellow and smooth with base notes of leather, cedar, sweet spice, and a spot of light pepper on the finish. The body was consistently mellow, while the strength did ramp up a notch or two past the midsection. 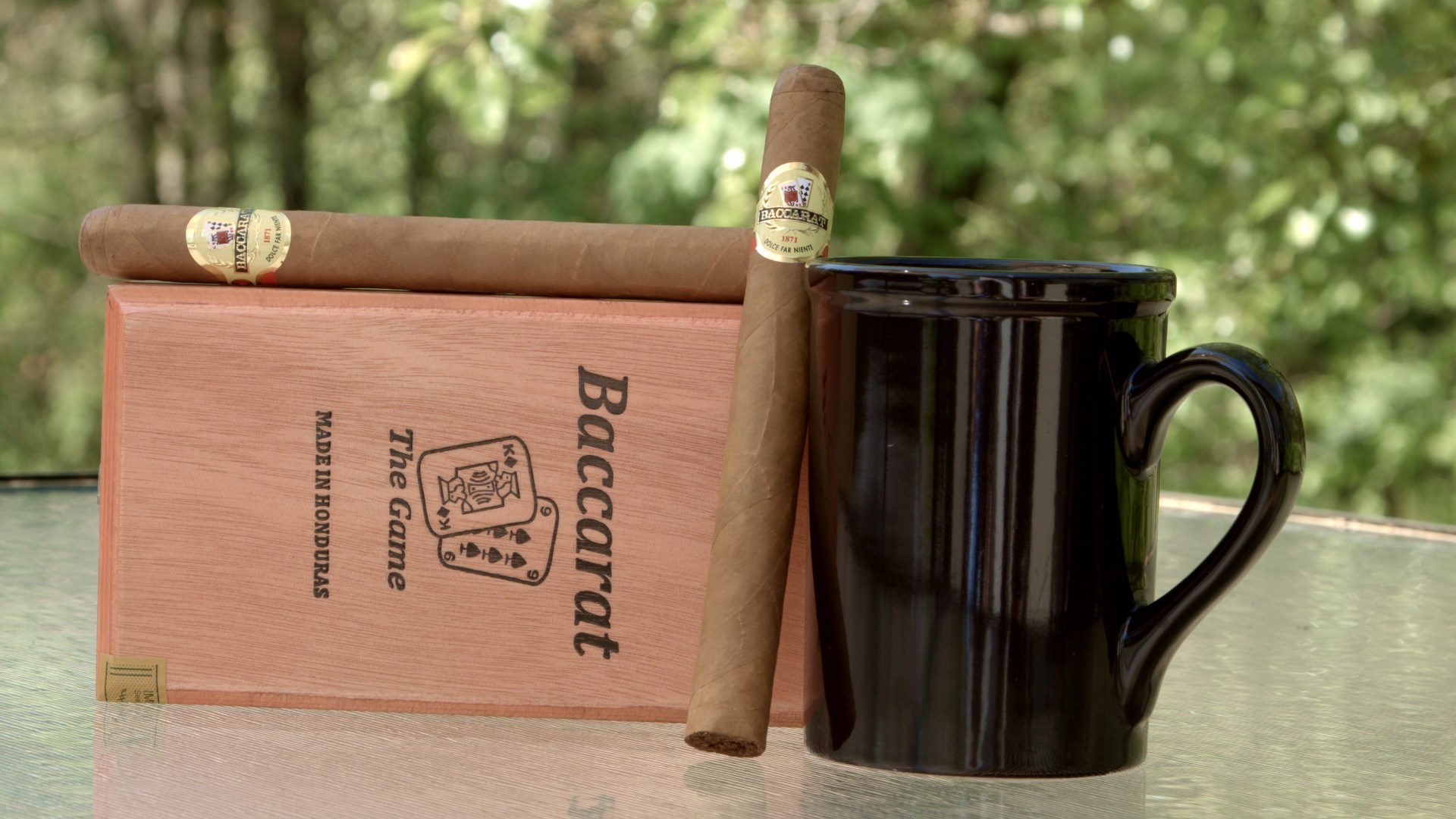 I went with coffee for this one, but the Baccarat Churchill can be matched up with just about any libation. Summer weight beers would probably fare better than a bold IPA. Bourbon is a natural, as is Rum, but a mixed drink like a Mojito or Old Fashioned might be more in line. Jenny also suggested a good Caymus Cabernet for wine lovers

Yes. If you’re new to smoking cigars and looking for a good affordably-priced “first cigar.” Or, maybe you want to add some Honduran enlightenment to your newfound interest. Secondly, if you’re in the market for a good golf cigar that’s easy on the palate and won’t interfere with your concentration. And, if you want a dependable break from the heavier stuff you regularly smoke, the Baccarat Churchill will help reset your palate. And even though Baccarat has a rep for being mild, the larger sizes do impart a little more pizzazz.

Read More
Cigar Buying Guides
Oliva cigars are viewed as one of the finest Nicaraguan brands; the Advisors review 18 Oliva cigars for this in-depth guide to this outstanding cigar maker.
Read More