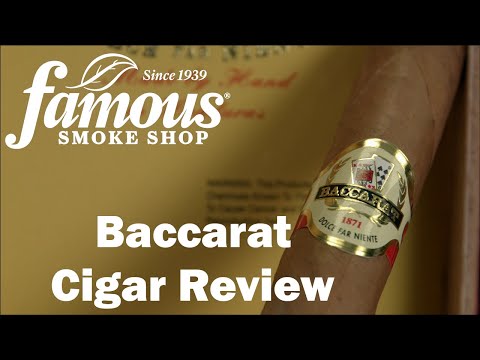 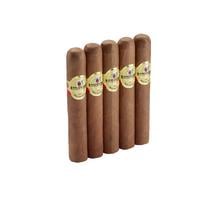 Baccarat Churchhill cigars are a true winner and worthy of a permanent spot in your humidor. These Honduran handmade smokes feature a Cuban-style sugar tip with a recipe of Honduran long-fillers finished in a buttery brown Connecticut wrapper. The smoke is mild and mellow with notes of cream and caramel. Grab your box of these limited-edition cigars before it’s too late!

best place I have found to order cigars as my bacs are always fresh, as opposed to other places. Price is good also

Great cigar at a great price. Burns and tastes good.

I like smooth, CT wrapper cigars and this one is just right. Great price; nice smooth taste, good burn. Love it!

I’ve been smoking Baccarat Churchill’s for 5 or 6 years. This cigar is smooth and mellow and stays lit every time until the end. I’ve tried other brands occasionally but most are not as mellow and they never stay lit while smoking. I’ve been smoking cigars for 15 years and this is the best every day cigar I’ve smoked.

Bought a five pack on sale and wish I’d grabbed a bundle! A mild flavor and a slow burn! This is an awesome cigar to keep on hand for friends and entertaining! Went great with Woodford Reserve!

I was looking for an Ashton Classic replacement that was a bit on the cheaper side. Read some reviews on these and took a chance by ordering an entire box. Order came in today and I lit one up straight out of the box after stashing the rest in the humidor. Toasted nicely, and while I m approximately halfway through it, decided to write a review. Buttery smooth, semi-sweet cap, holds an ash just over an inch, and a totally even burn without the need for a single touch up. The ash isn t as white as an Ashton but who cares when it tastes and smokes this good at a third of the price. Glad I took the chance and bought an entire box while they re on sale.

Baccarat Natural Churchill is my everyday Go To Cigar! This Cigar is not bragged about enough! It s called a Beginner Cigar .I will tell you what? For a slightly sweet, peppery, buttered toast taste..That is Cuban smooth! These Cigars are one of the Best!! I Love Cigars with a great cup of Coffee! I always order from Famous Smoke! The prices, service and shipping can t be beat!

Love these cigars. Smell good, taste good and are easy to draw. Never have to light them after the first draw, only if I’m working outside and forget to draw because I’m involved in a project. Smoke 3 or 4 everyday. They are mellow to medium in taste. I’d recommend to everyone!