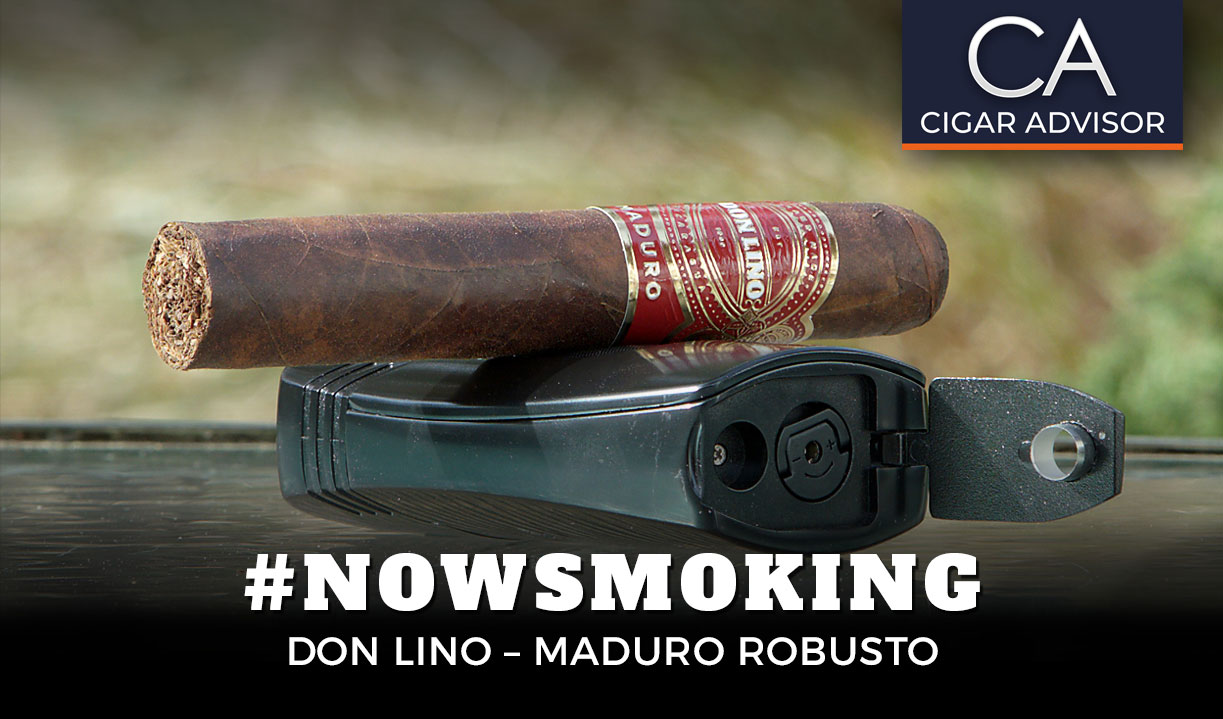 The Miami Cigar and Don Lino Maduro Robusto Back Story

Miami Cigar, the producer and distributor of Don Lino Cigars, was founded in 1989 by Cuban expat, Mariana Miranda, who began by selling cigars out of the trunk of her car. Her perseverance paid off. In 1995 Mariana’s husband, Southern Wine & Spirits exec, Nestor, joined her and became the face of the company. Today their portfolio also includes La Aurora, Nestor Miranda, and Tatiana cigars. 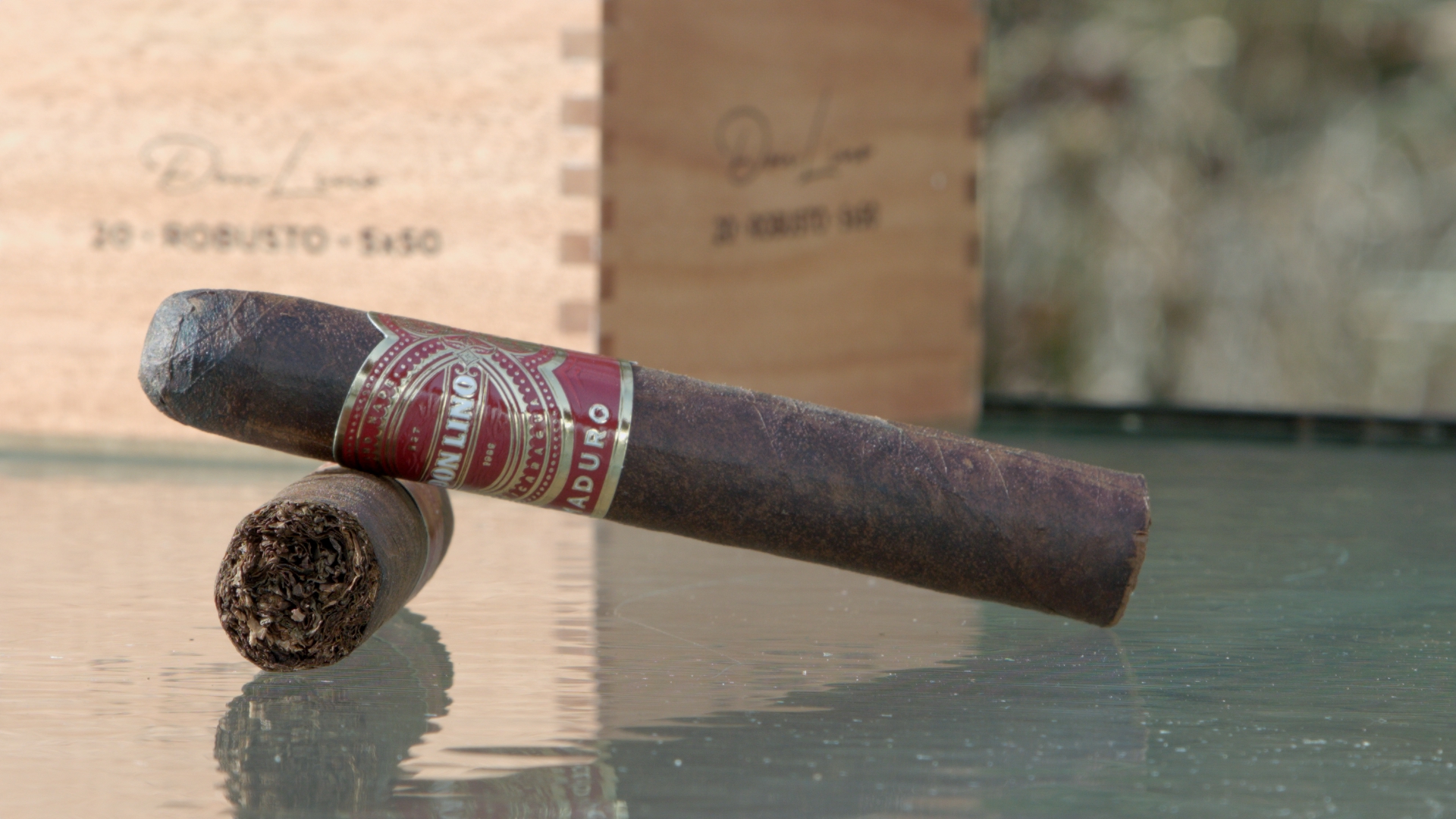 In July of this year, Miami Cigar & Company introduced two new Don Lino cigars at the 2021 PCA Trade Show: Don Lino Connecticut and Don Lino Maduro. Both lines are made in the Dominican Republic at an “undisclosed factory,” with the Maduro selection distinguished by a red band. In addition to its Mexican San Andrés wrapper, the blend includes a unique combination of filler tobaccos including African Cameroon and Pennsylvania Broadleaf.

Construction: The San Andrés Maduro wrapper is nearly black in color, a bit thick, somewhat oily, slightly toothy, and finished with a triple cap. The rolling is well packed, practically seamless, and I found no soft spots.
Cold Draw: Just right with a sweet tobacco taste.
Base flavors: Cedar, brown sugar, earth, almond, sundry spices.
Aromas: The wrapper was typical grassy, while the foot offered a fresh baked bread kind of aroma, and the smoke itself was spicy.
Burn & Ash: Excellent. 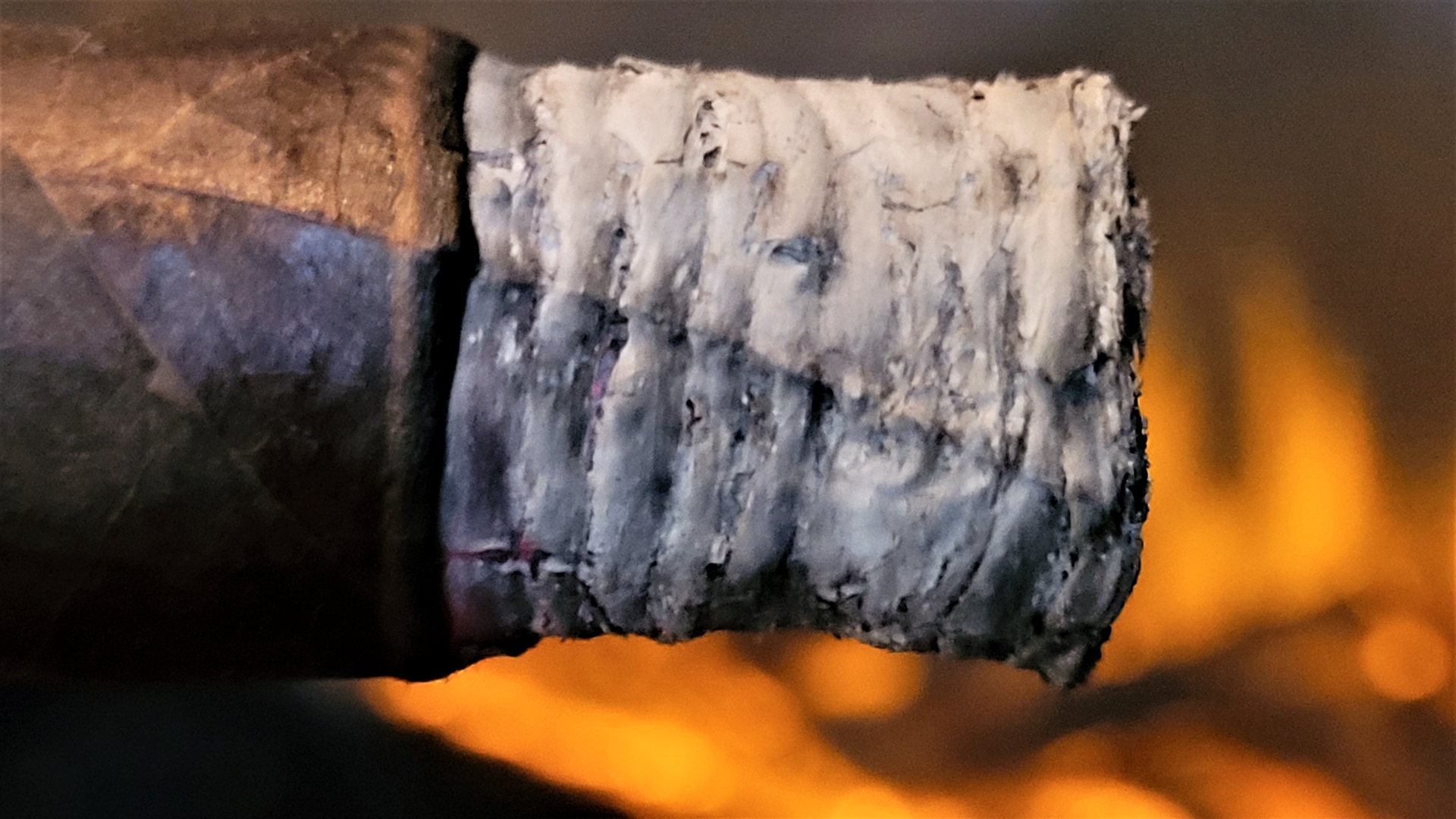 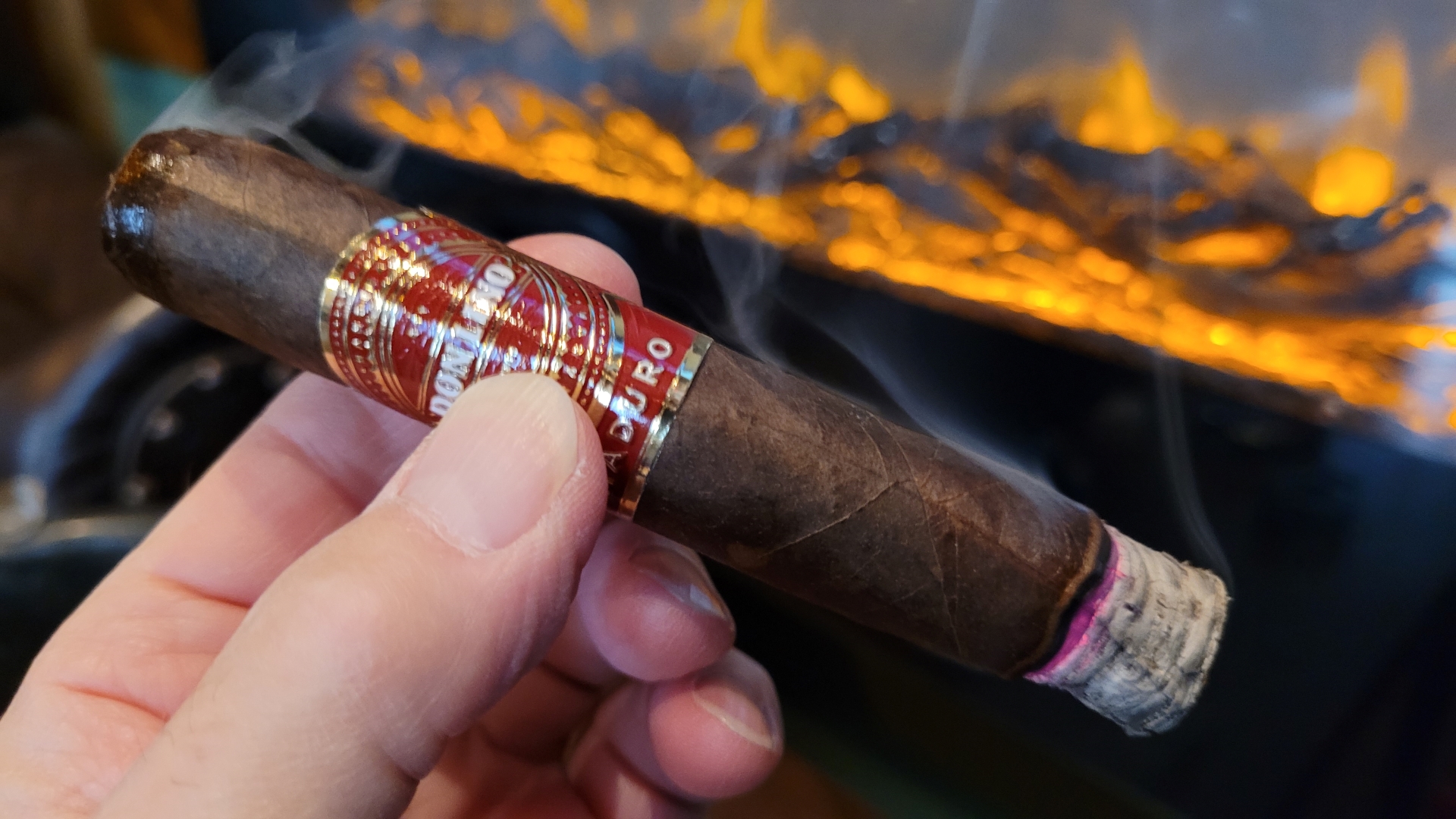 The cigar lit beautifully and the first several puffs were sweet and tasty, which was very encouraging. Early on there was a mix of cedar, brown sugar, and slight amount of earth. The smoke maintained a fair amount of sweetness and earthiness with a medium body and strength. The smoke was also very smooth and balanced on the palate with a long finish. The first ash made it easily past one inch and was one of the more gravity-defying ashes I’ve seen lately. Just as the cigar crossed into the next act, I picked up additional notes of almonds and nutmeg. 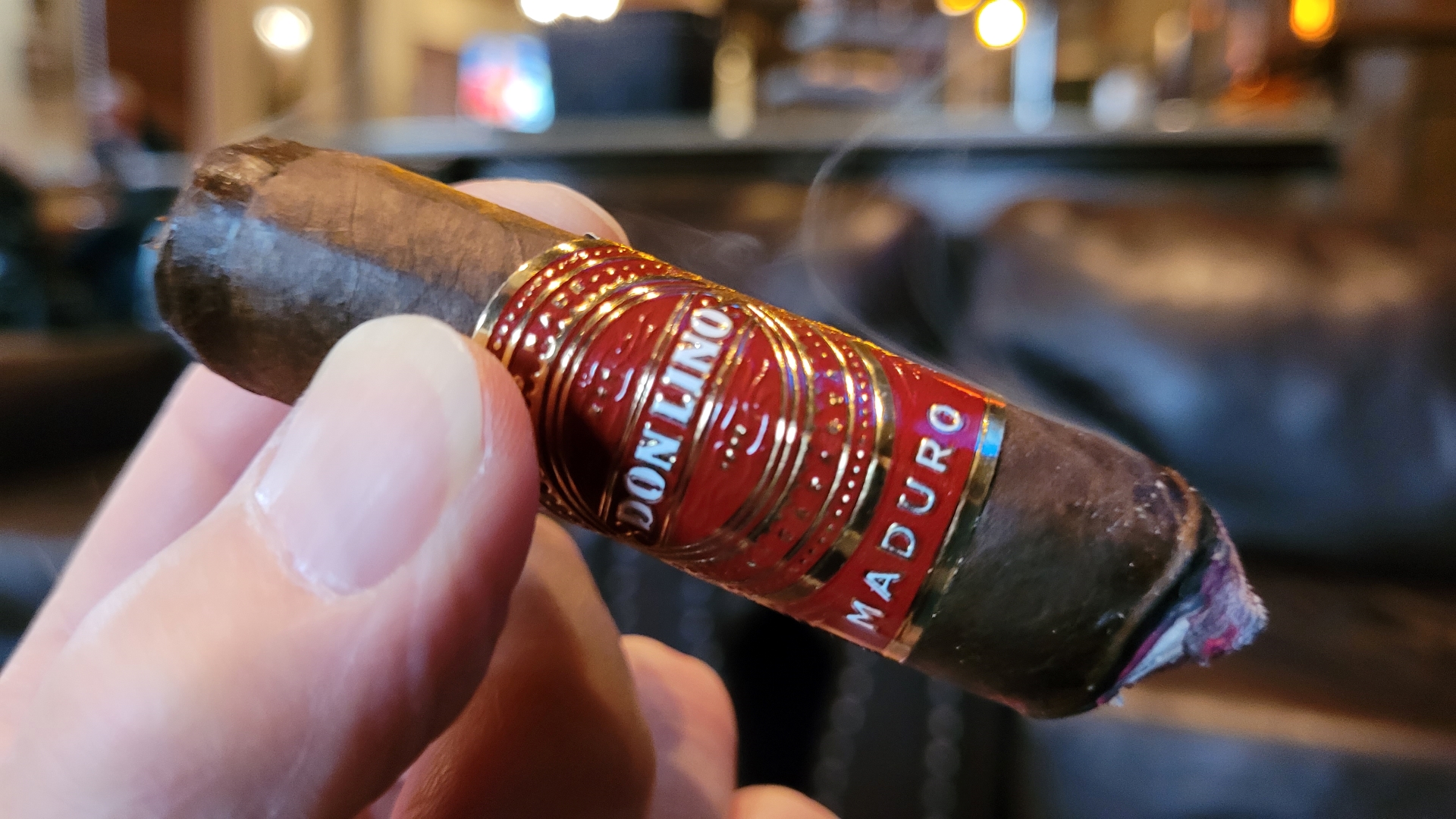 This cigar really puts out the smoke—it’s a virtual chimney. The flavor profile was pretty much the same as Act I; still a little sweet with almonds and nutmeg, but more earthiness crept in. Additionally, the body rose a few points. By the time I reached the end of this act, there was definitely some transitioning going on as the smoke became a bit burlier. 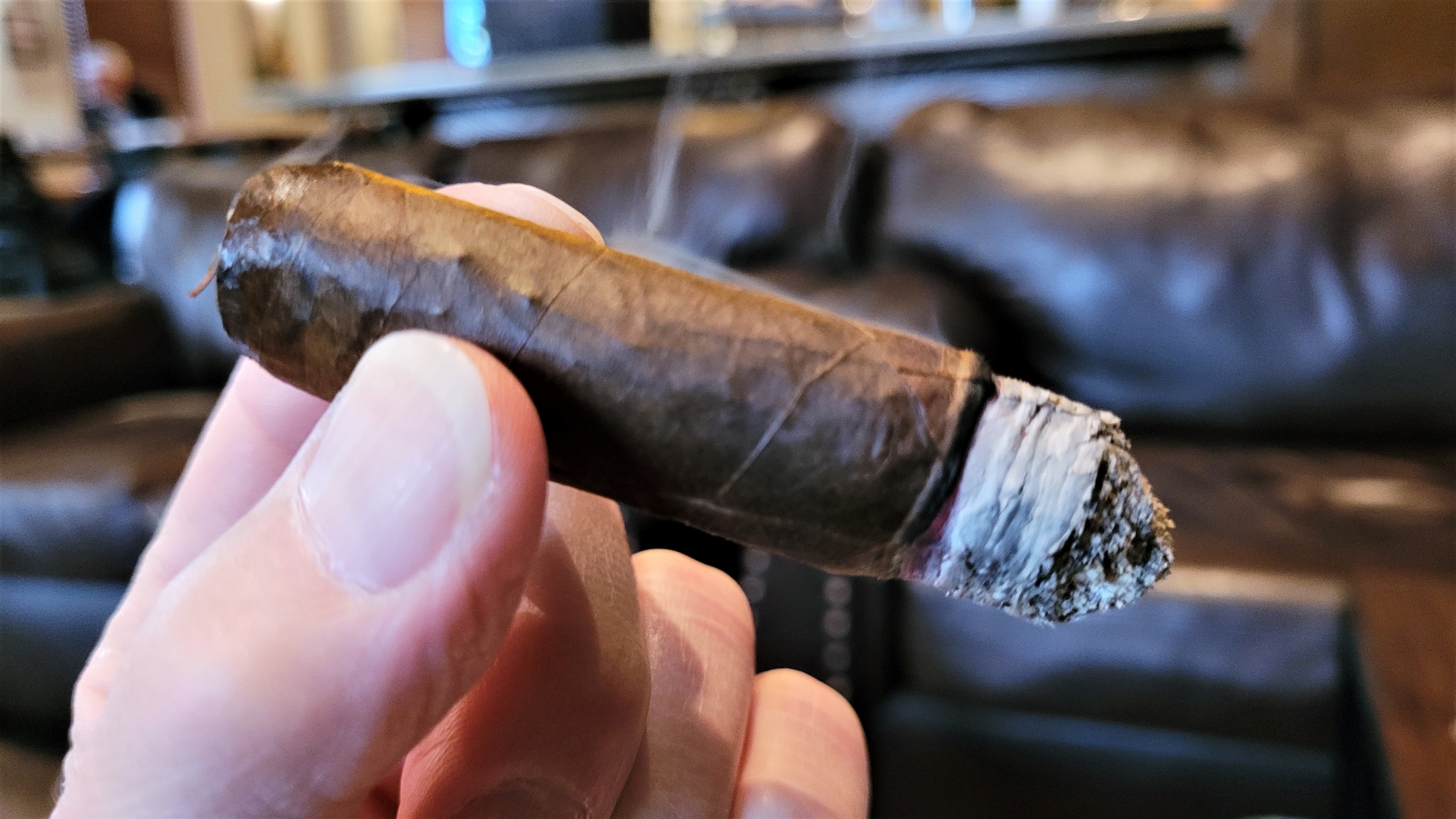 Winding my way down, the cigar continued to draw well, maintain a good balance, and the ambient smoke was still chugging along. Flavor-wise, I was getting a mix of sweetness, nuts, and earth. What surprised me most of all was, I expected the cigar to get stronger, but instead, the body and strength stayed the course. Moving into nub territory, the flavors were mostly earthy as the ambient smoke continued to pepper my nose. As I got down to the literal last inch the cigar became mostly earthy, heavier in body, and revealed a charred wood taste while just a faint note of sweetness remained. And that’s pretty much all she wrote.

What whiskey pairs well with the Don Lino Maduro Robusto?

I think it’s a natural for añejo-aged rums and bourbons that offer some sweetness, but it also pairs beautifully with espresso. For more combinations, see our Cigar & Spirit pairing guide.

Is the Don Lino Maduro Robusto worth smoking?

Based on both samples, the Don Lino Maduro Robusto impressed me mostly as a trusty, everyday kind of smoke. That’s not to say you couldn’t enjoy it as an after-dinner cigar with some of the spirits noted above, because you certainly could—a split personality of sorts. Yet something tells me there may be more to this cigar than I thought.

One of the best things about this cigar is that it’s very affordable. And if you like Mexican San Andrés Maduro wrapper as I do, this capa is one of the cigar’s highlights. So, if you’re in the market for an everyday maduro cigar, this Robusto is a good buy. Plus, with so many cigars made in Nicaragua these days, this Dominican-made cigar, with no Nicaraguan leaf anywhere near it, is a refreshing option.

Hi Gary. I’ve had that cigar also. It is very affordable and very smooth and sweet. I am fast becoming a big San Andeas fan and with this cigar, you get everything I could ask for. Wishing you and yours a blessed holiday season and health and prosperity to you and your crew at CA. You guys are great!!!

Well, thank you Bob. We really appreciate that. I’m also glad you like the Don Lino Maduro. They’re a good value. Send me a message via our Facebook page and I’ll be happy to give you the names of some other excellent Mexican San Andres Maduro blends. G-~