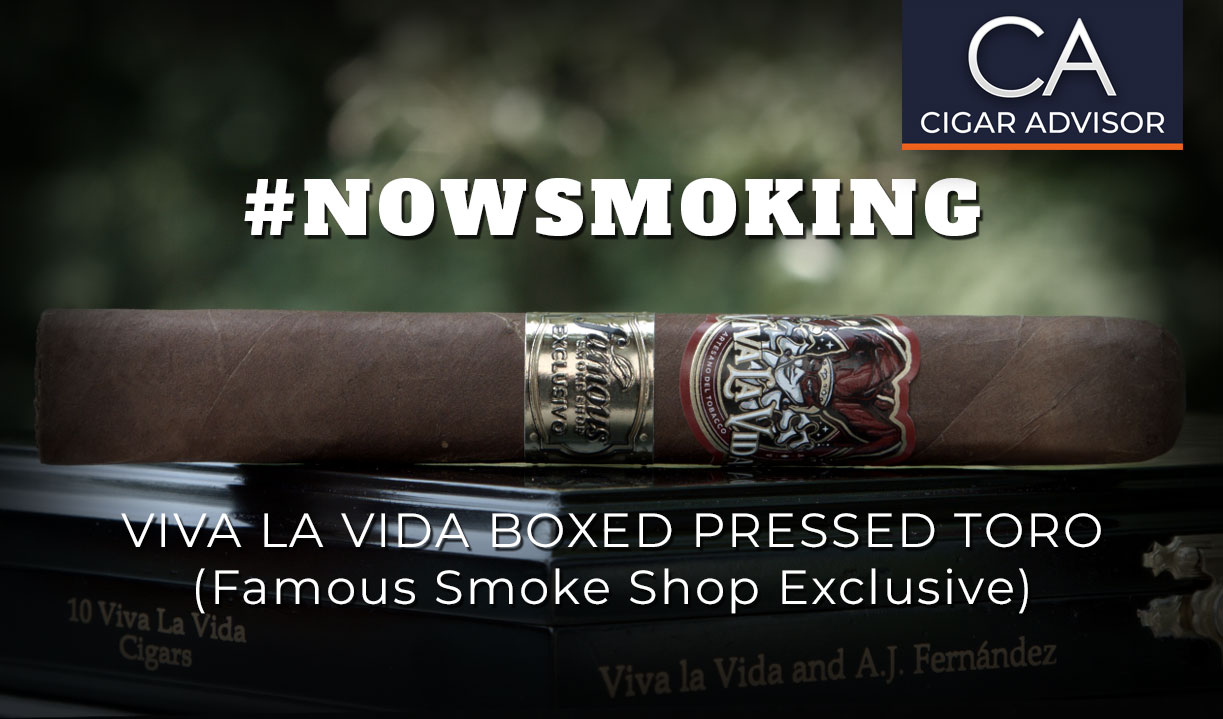 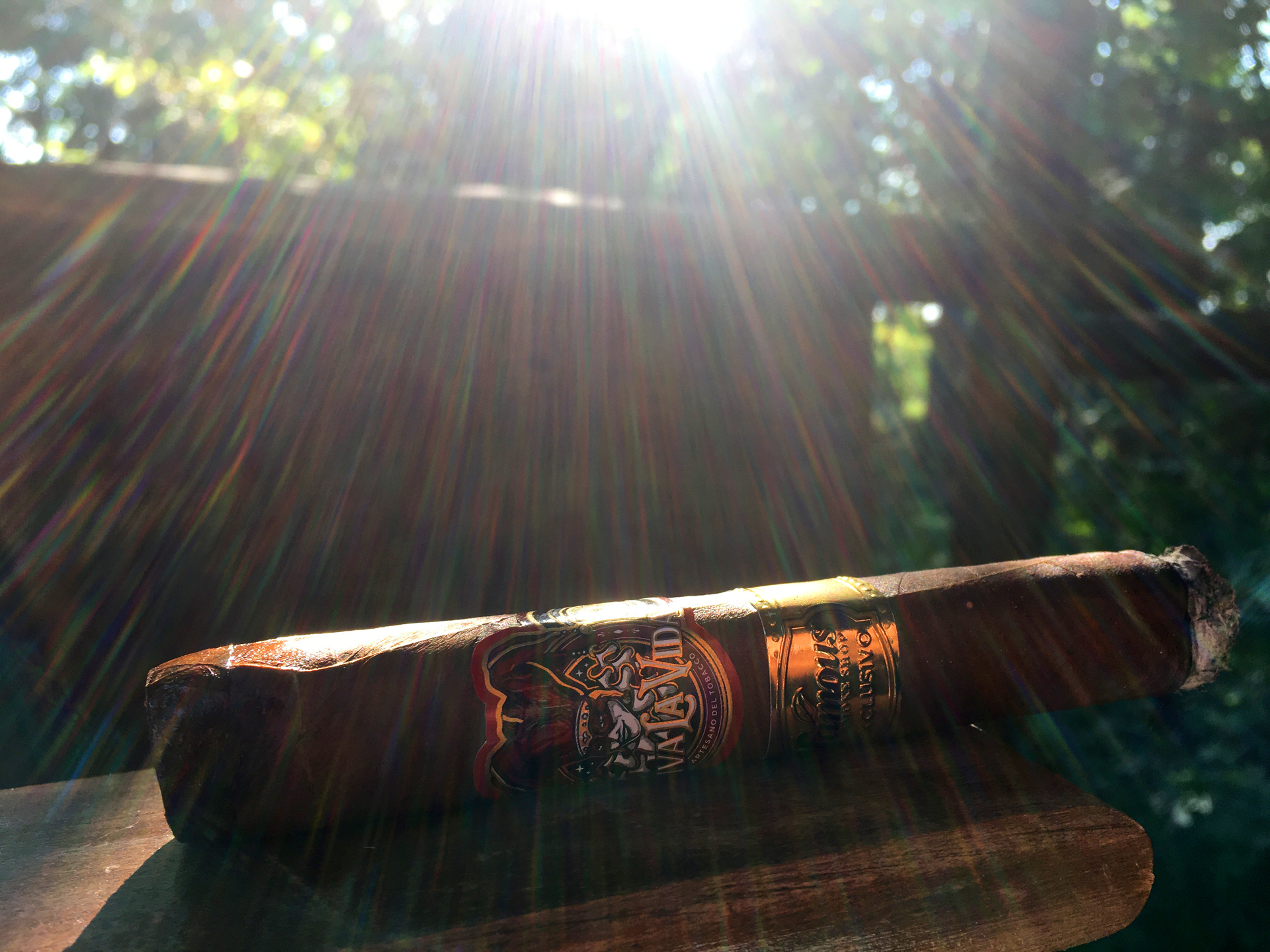 That same year, Billy and Gus founded  Artesano del Tobacco, and began making their debut Viva La Vida cigars with AJ Fernandez. Bill and Gus had become close friends with AJ over the years and were particularly fond of his San Lotano selection. The cigars are blended entirely with Nicaraguan long filler from various regions including a proprietary Habano 2000 wrapper grown by AJ.

Good luck had stung the brothers and Viva La Vida was an instant hit, gaining most of its momentum via social media. Sales soared,  and even more impressive was that the line was exclusively available as a “retail only” selection. Likewise, the cigars were sold in Famous Smoke Shop’s retail store in Easton, PA and all rolled in round parejo shapes.

According to Famous Smoke Shop Buyer, Erol Ata, Billy and Gus met with Famous about having a special size made just for Famous. It would also be available for sale online in a limited run of 10-count boxes. The result was the cigar reviewed here, and a one-off, too. Made with the same blend, it was a 6″x52 box pressed Toro, which would also display a secondary gold band with Famous Smoke Shop’s logo on it. In only a short time, the Viva La Vida Box Press Toro has become one of Famous’s bestselling private label cigars. 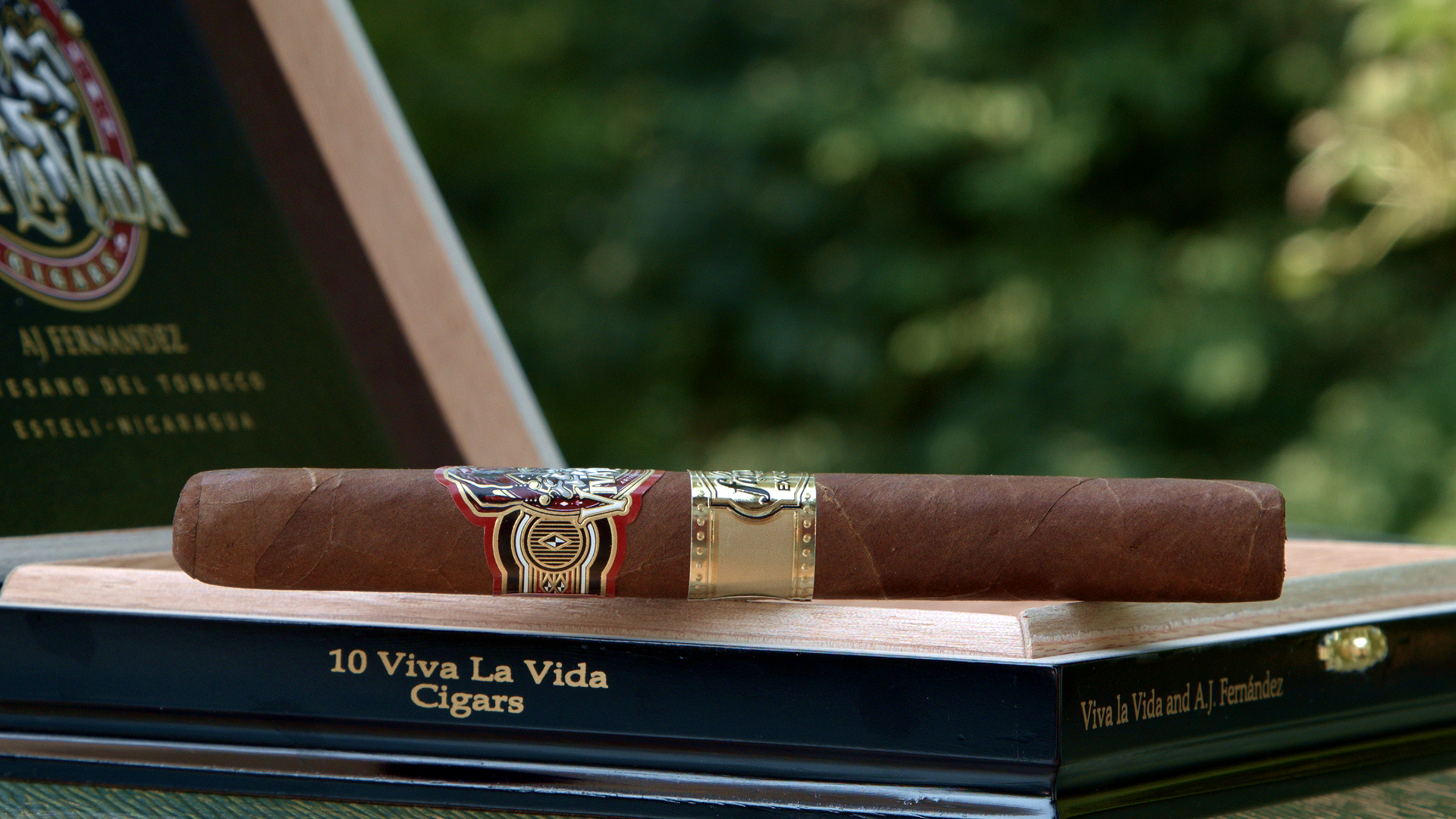 Excellently. The Nicaraguan Habano 2000 Oscuro wrapper had an attractive oiliness and was perfectly pressed around the remaining all-Nicaraguan core blend. The tobaccos were well packed with no sign of soft spots. The cap came off cleanly allowing for an effortless draw with just the right amount of pressure. The cold draw notes were salty and leathery with a fig-like flavor. 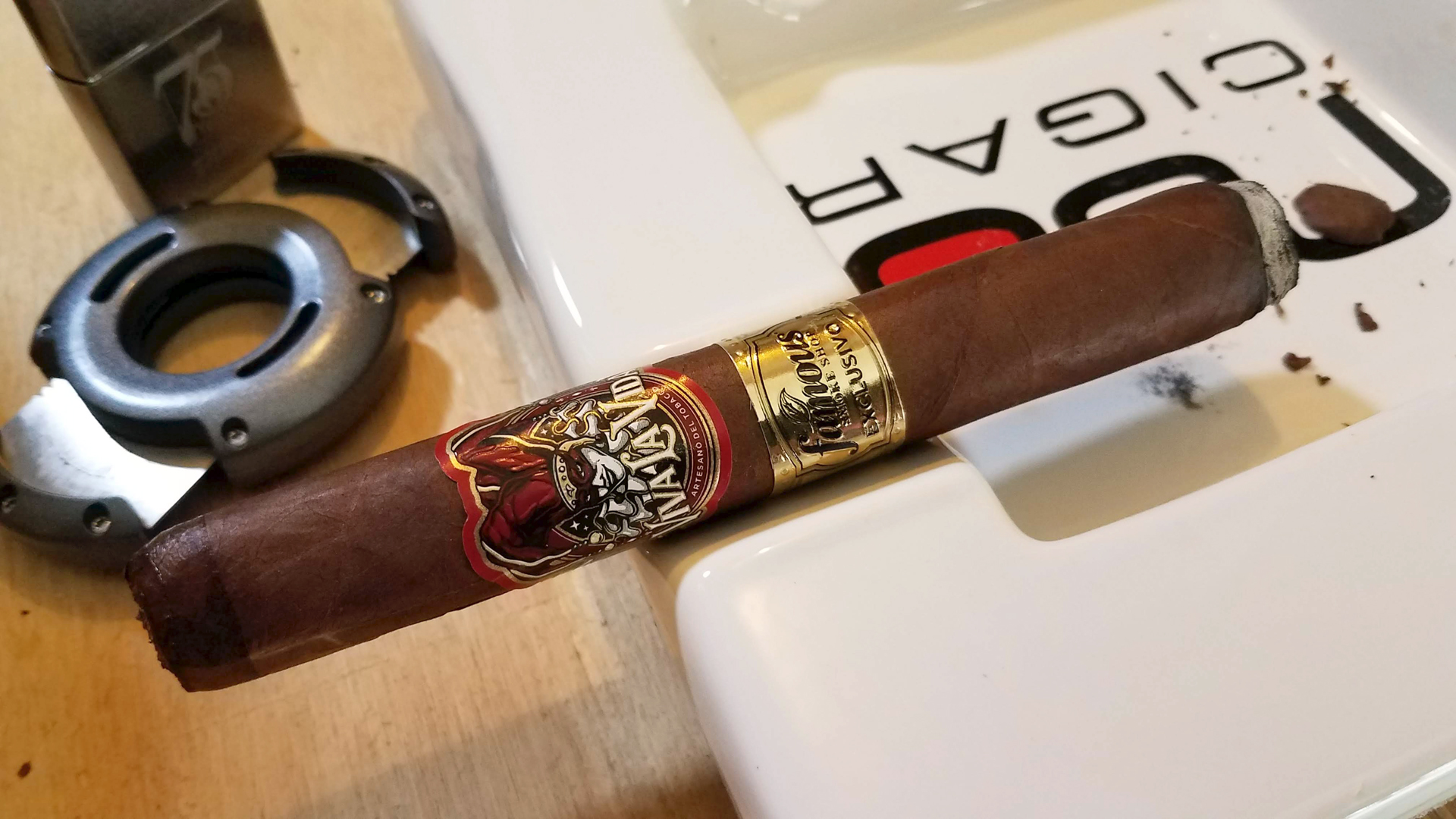 Like a joy. The initial puffs were sweet and leathery, but it didn’t take long for AJ’s signature peppery preamble to reveal itself. This event was short-lived, however, as the sweeter elements of the blend overrode the signature pepperiness. There was also a floral note that Jared noticed a little earlier than my discovery of it. I compared it to a lavender-like scent, but whatever it was, it was very appealing. Jared also picked up a note of black licorice at about an inch in, while I continued to get sweet, leathery, and even nutty-woody flavors. As for the pepper, there’s a trace of it in the retrohale, but it never returned to the flavor pool for the remainder of the session. The flavors also maintained an excellent balance. The burn was spot-on even exposing firm, grey, conical ashes that dropped at about one nugget per inch. Another important factor that Jared pointed out is that the cigar held up exceptionally well even after several relights. (Watch the video for why.) 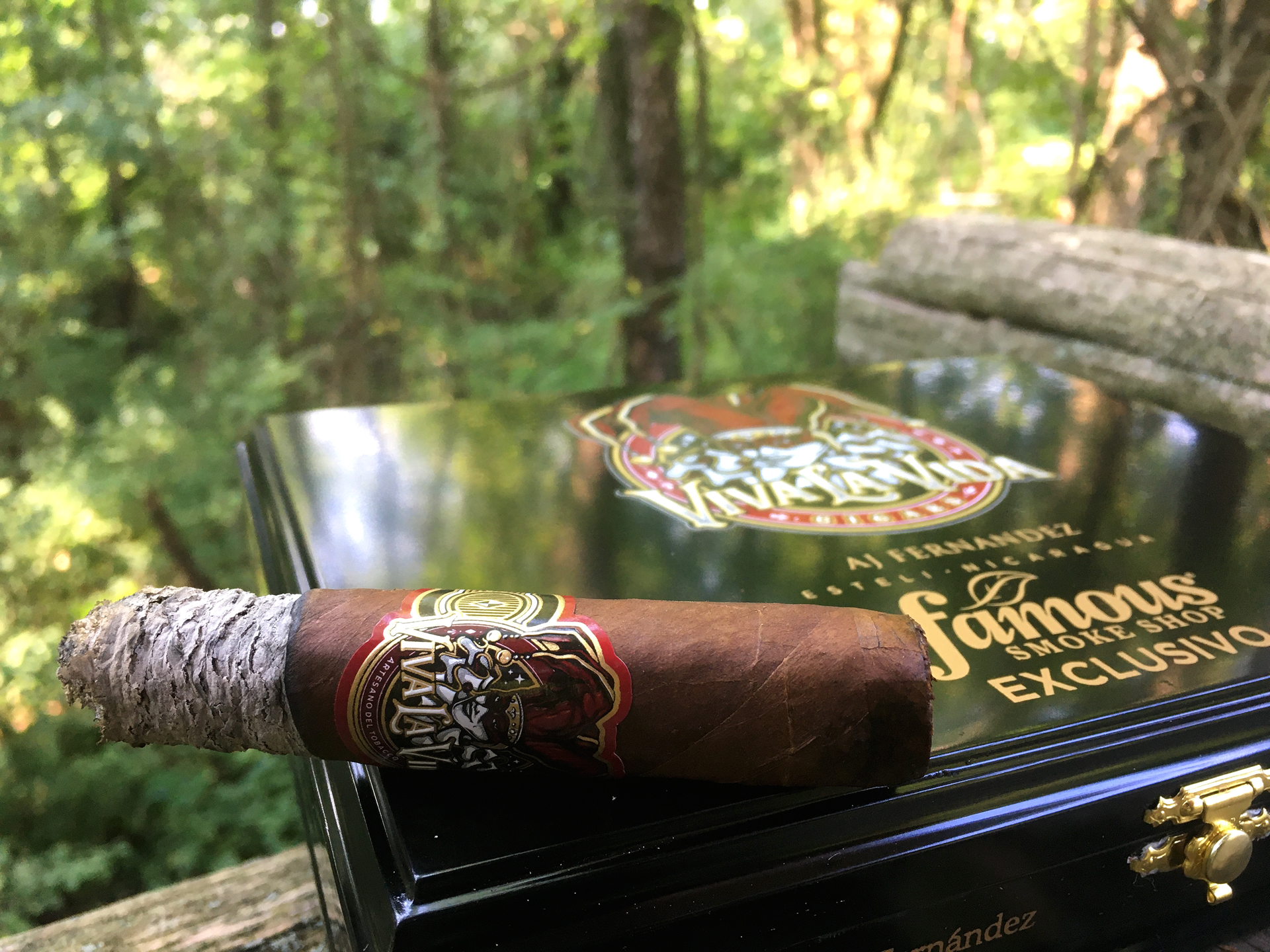 Medium to medium-plus in body, notes of leather, cedar, and sweet spice make up the core flavors. The smoke is dense and creamy, leaving a long, sweet-spicy finish. Notes of figs, licorice, and roasted nuts also play a part in varying degrees, giving the cigar a more complex edge. 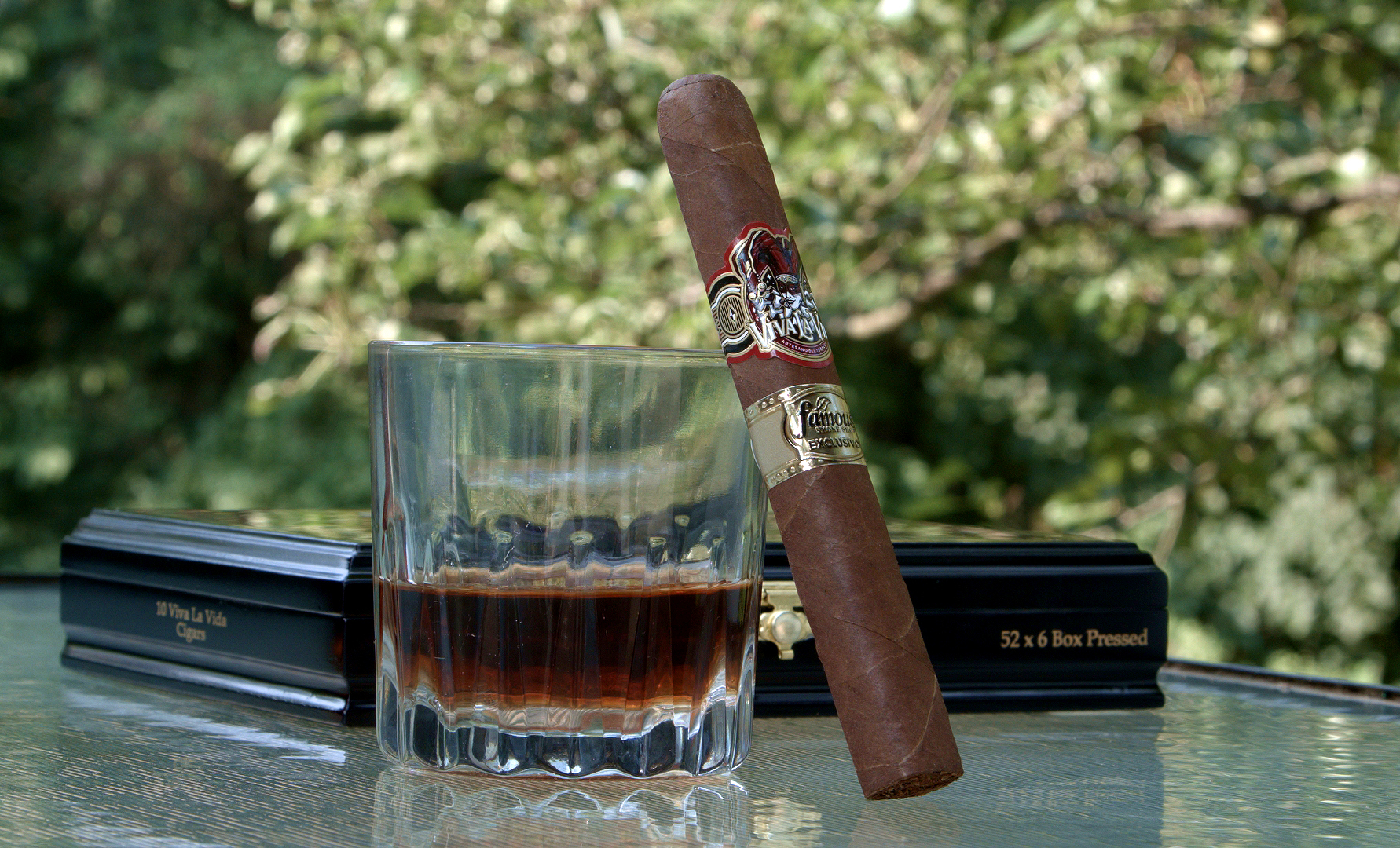 If you like Arizona Half & Half Iced Tea/Lemonade, give that a try. (I’ve been pairing this with several cigars of late.) But for something a little harder, Jared recommended a dry rye. I think this cigar is also tailor-made for bourbon, and something not too sweet, like Woodford Reserve should make a nice match. 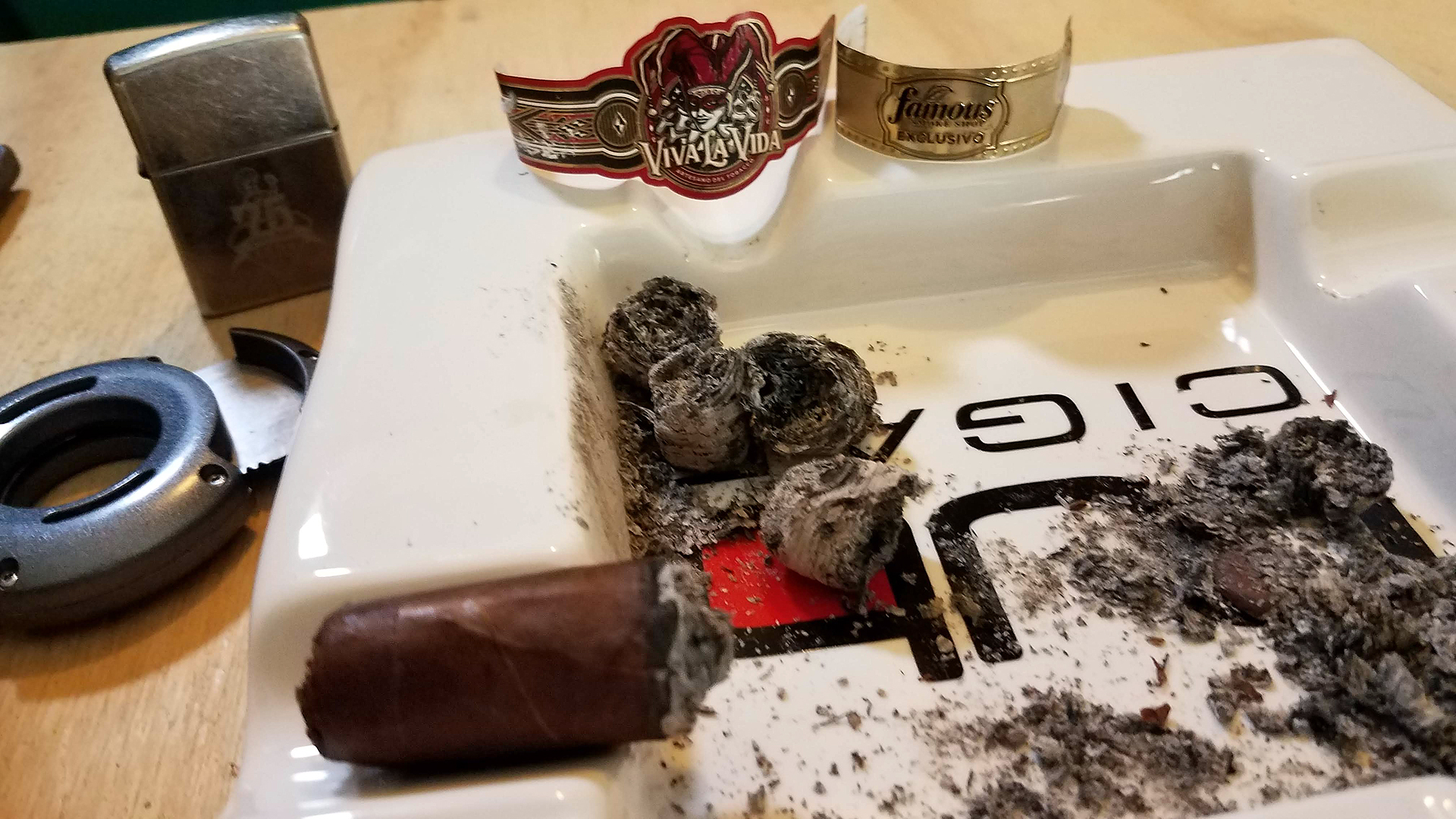 For one, regardless of your experience, the Viva La Vida Box Press Toro will prove to be a very satisfying smoke. The medium-plus body, creamy smoothness, and excellent balance of flavors make this vitola a superb, must-try treat. The fact that they’re available online in this size makes them even more tempting. And whether you’re an AJ Fernandez disciple or not, if you’re looking for a full-flavored smoke that’s not going to hit hard but still delivers that AJ magic, the Viva La Vida Box Press Toro is a home run.