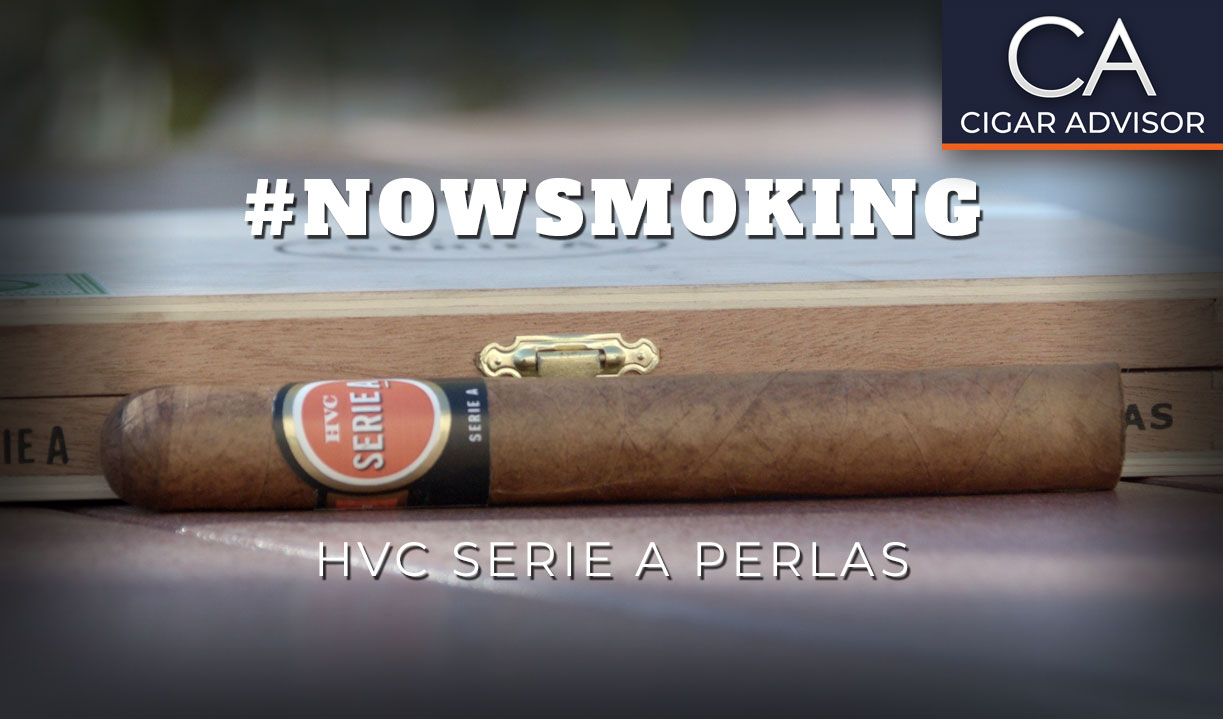 HVC Cigars was founded in 2011 by Reinier Lorenzo as a way of paying homage to his hometown in Cuba, Havana City. Inspired by the renowned Cuban cigar-making tradition, specifically in Havana City, the goal of HVC has been to keep that tradition of hand-made cigars alive and well. Based in Estelí, the company is committed to using only the finest Nicaraguan tobaccos in their cigars so that every HVC cigar imparts a unique smoking experience in and of itself. 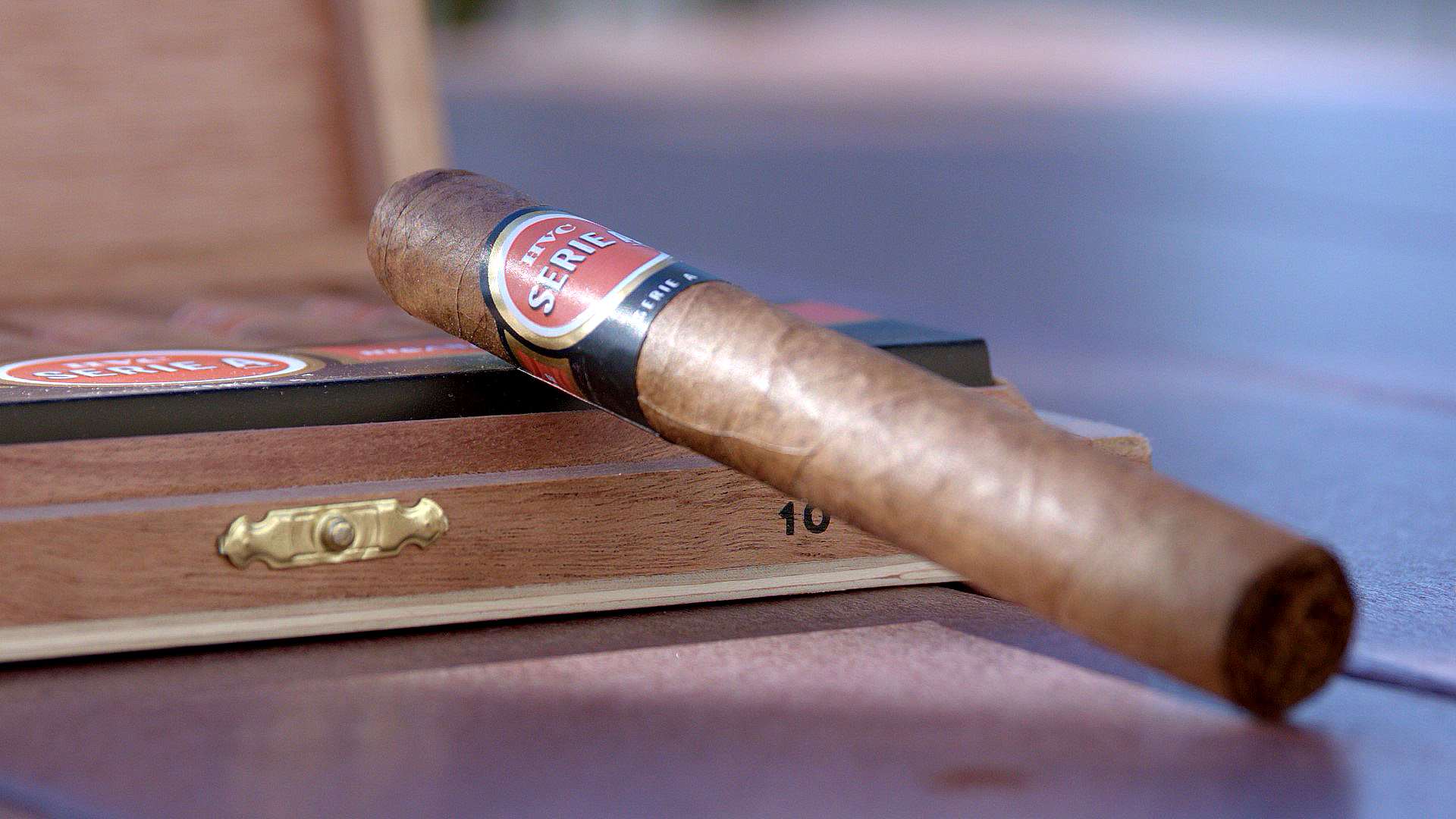 When asked about the HVC Serie A selection, Reinier said, “I first did it as an exclusive cigar for a retailer in Hawaii in a Robusto size. We eventually introduced it to all cigar smokers at the 2019 PCA (formerly IPCPR) in two sizes – a 5½ x 54 Cañones and a 5 5/8 x 46 Perlas offered in 10 count boxes.”

Blended entirely with Nicaraguan tobaccos grown by Aganorsa Leaf, Reinier added, “All the tobacco used for the HVC Serie A line is ‘Class A’ tobacco with a half leaf of Maduro ligero in the filler, and features an exclusive Corojo 99 wrapper.” 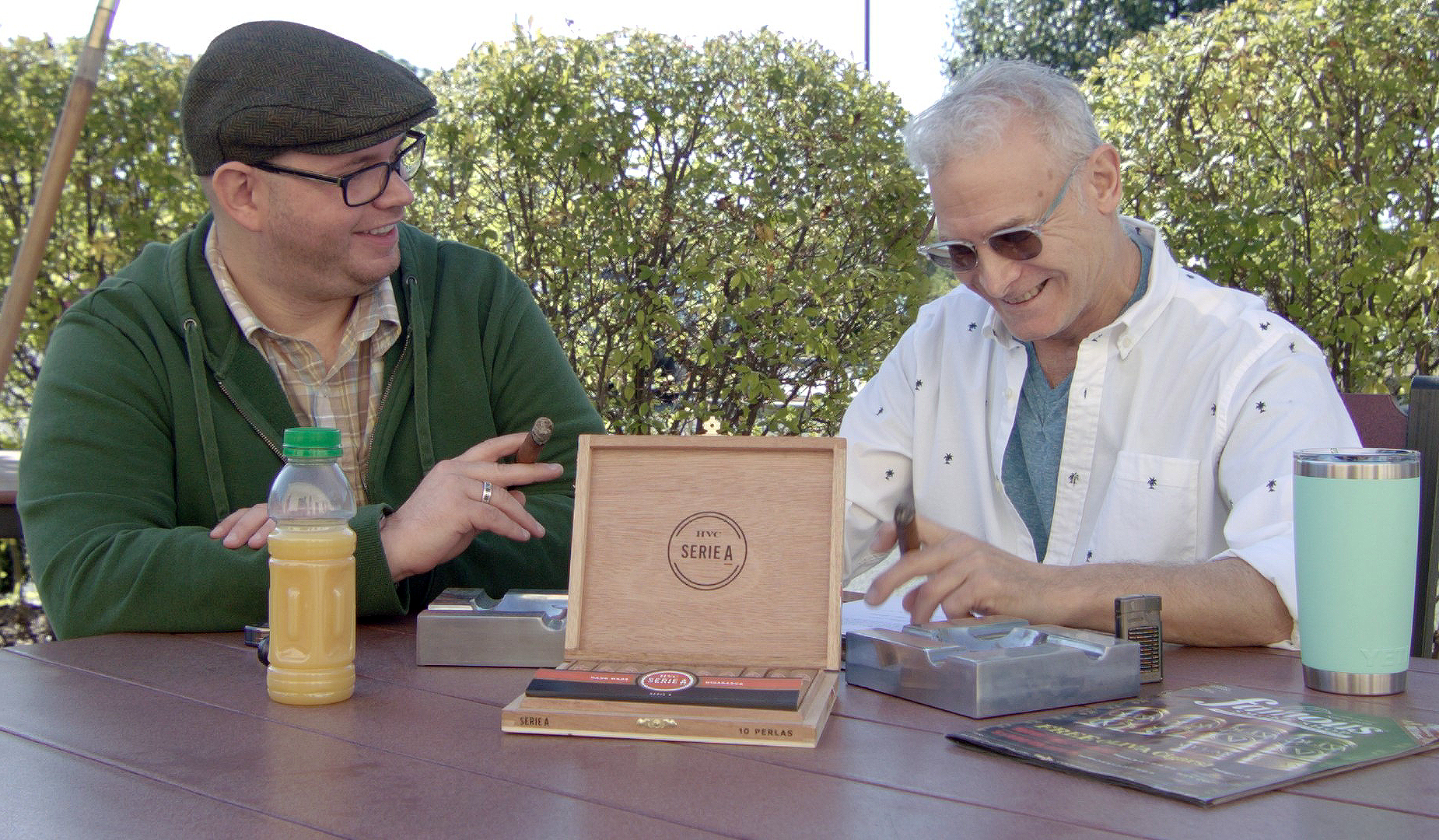 About as good as it gets. The cigar was well-packed with a hay-like aroma from the wrapper. The wrapper itself was even in color throughout, silky to the touch and finished with a perfectly fashioned triple cap. Once cut, notes of leather, a mild sweetness, and light saltiness were revealed in the cold draw.

Wonderfully. The HVC Serie A Perlas was smooth and creamy with a high volume of smoke that flowed easily through the head. Early flavors of earth and leather were revealed with some sharp pepper working its way up into the nose. The smoke transitioned to sweet spice for me in the first act, while Jared tasted more of a caramel note; yet we both agreed on a peppery finish that lingered on the palate. From the midsection forward, we also agreed on a distinctive coffee bean presence, but I picked up some mineral notes and less sweetness in the last act; otherwise, the balance was dead-on while serving-up a mostly medium-full body, but for me the strength was more on the full side. Burn-wise, the Perlas was perfect jettisoning only a few very firm, grey ashes. 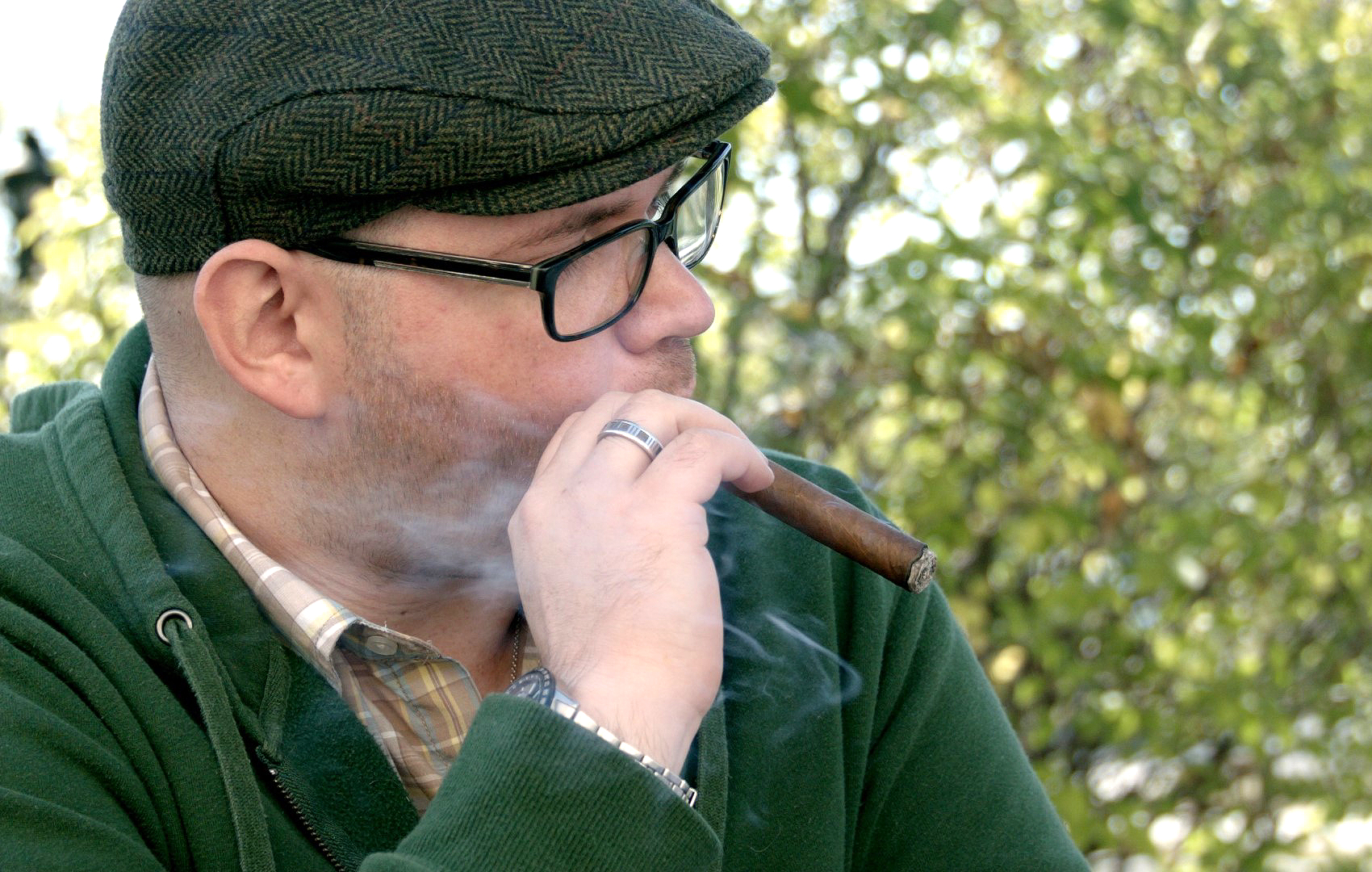 Quite. Imagine taking all of the above flavors, putting them in a dice cup, and casting them onto your palate. Now put them back in the cup and cast them again. Although some things like the peppery finish are persistent, the Perlas offers a number of unpredictable, yet pleasing combinations at numerous intervals.

Other than his usual orange juice, Jared recommends either a Sam Adams Octoberfest, or Dogfish Head 60-Minute IPA. And other than my usual coffee, I think the Perlas has Old Fashioned written all over it.  (For more cigar pairing ideas, see our cigar pairing guides.) 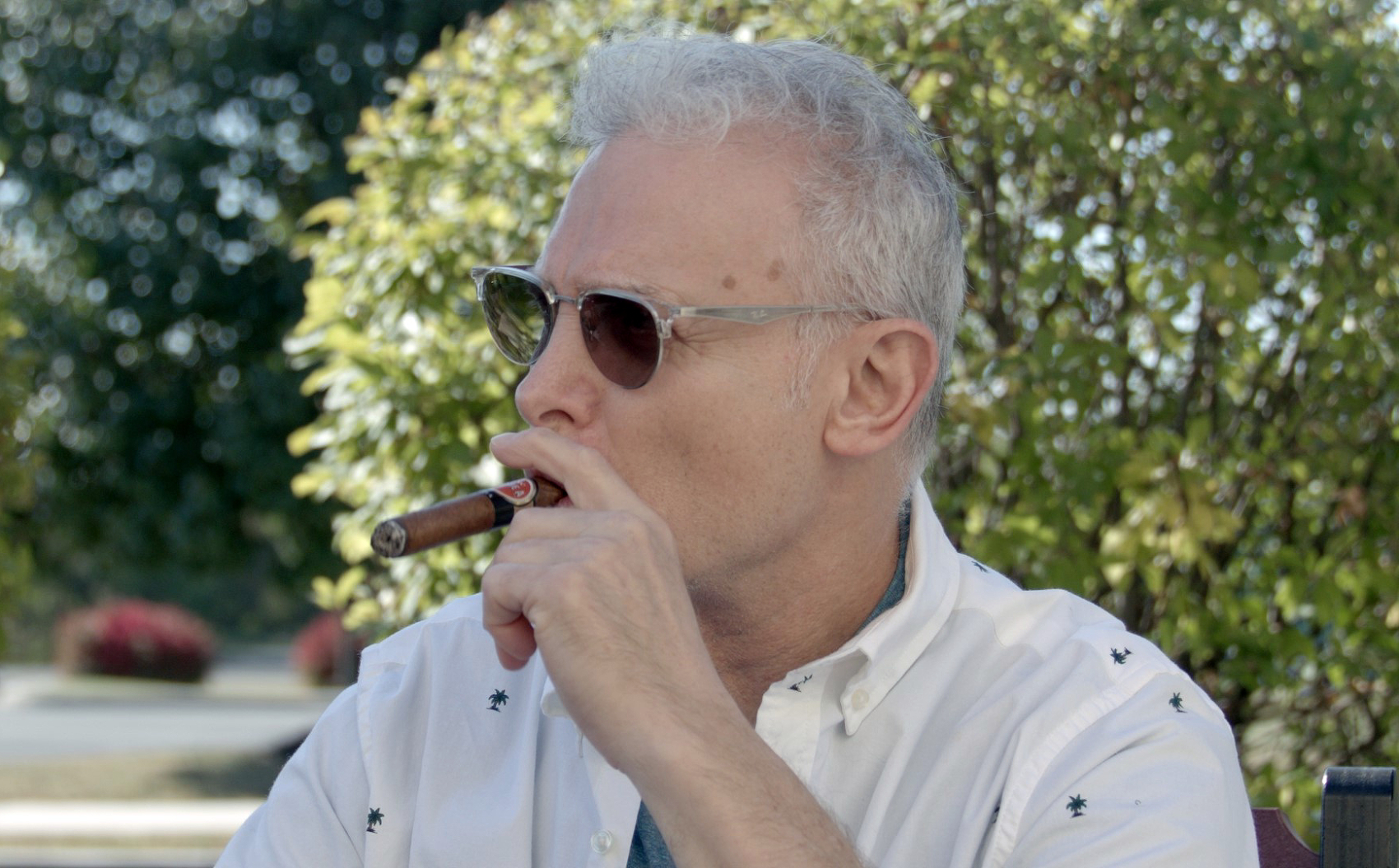 We both agreed that the HVC Serie A Perlas is more for the intermediate to expert cigar smoker. It looks tame, and it smokes beautifully, but it can pack quite a wallop for the unsuspecting enthusiast. For that matter, we also felt the Perlas is best served later in the day or after dinner following a good meal.

For the money – under $8 a cigar (at press time) – plus the stellar quality of the tobaccos, and the fact that HVC is one of the hottest boutiques out there currently, the Serie A Perlas is a natural for the avid cigar smoker.