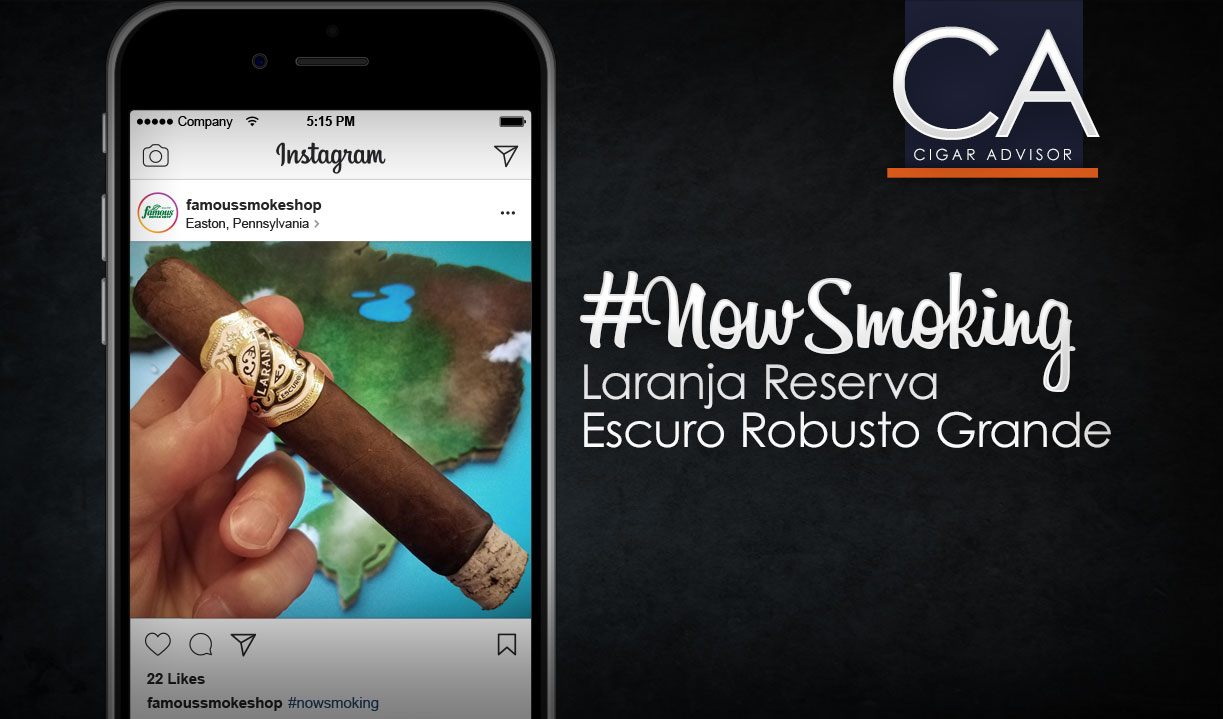 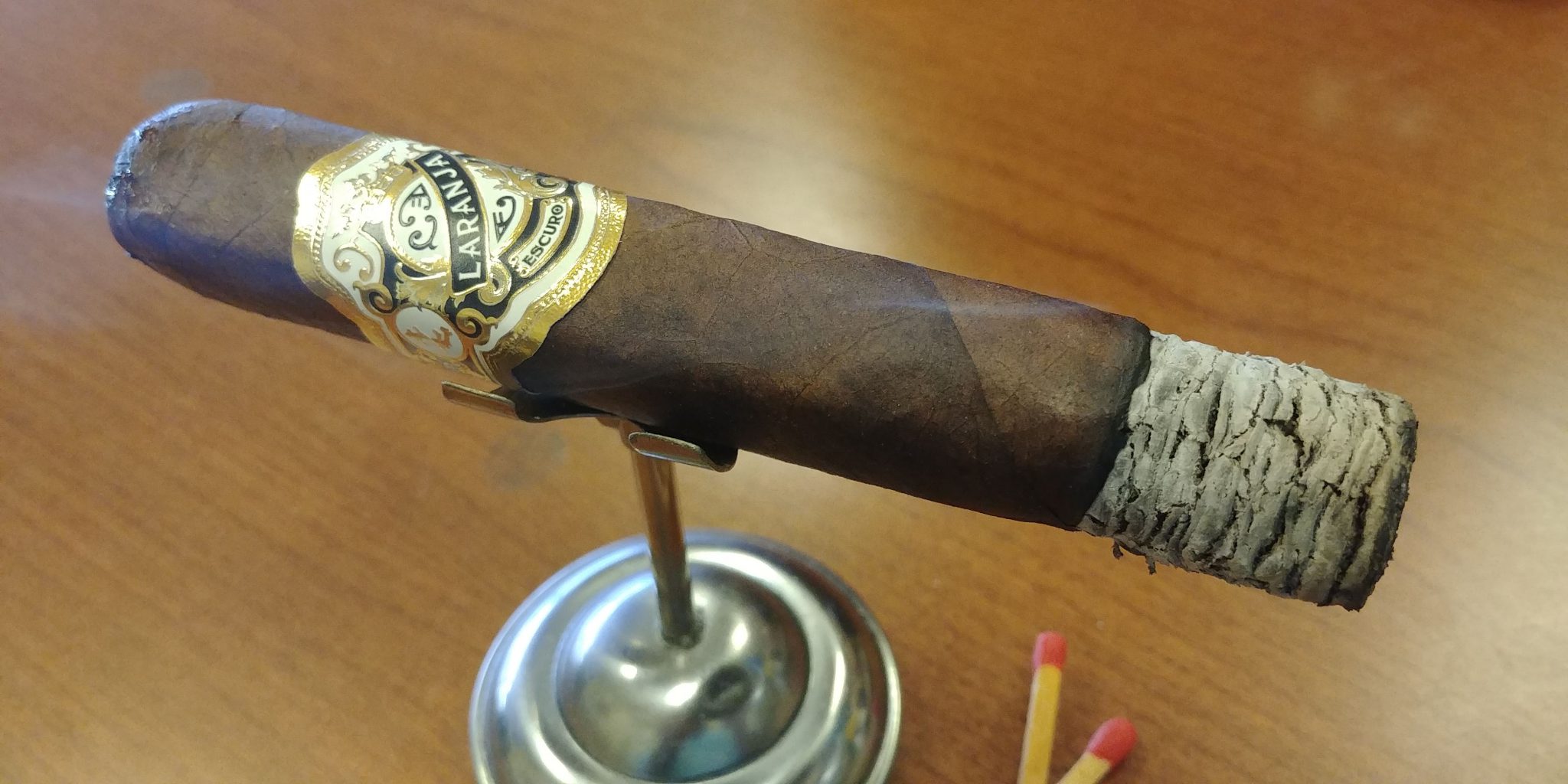 Introduced in November 2018 at the annual La Zona Palooza event to rave reviews, the Laranja Reserva Escuro Robusto Grande is one of three formats in this sequel to the highly-rated Laranja Reserva cigars. Deftly box-pressed in a dark Brazilian Mata Fina wrapper which has the look and feel of smooth leather, the cigar is well-built, and sports two bands: a black, white, and gold neck band, and a white silk band at the foot. The smoke is dense and ultra-creamy, with an effortless draw, revealing a bright, white, gravity-defying ash. The flavor is noticeably sweet along with notes of earth, pepper, and a splash of hickory that change-up at various intervals. Pairing suggestions include coffee, cafecíto, Bourbon and Port depending on your preference and the time of day. This cigar is better suited for experienced palates, since new cigar smokers may find it a bit too hearty in body and strength. Most definitely “humidor worthy” for its level of quality, flavor, and reasonable price.

“I was just overwhelmed with how well it was received and how the people raved about it,” said Erik. “I had to get it out to our retailers as soon as I could.”

Let’s talk construction. How well is it made? The Escuro Robusto Grande sports two bands: a black, white, and gold neck band that’s beautifully designed – I highly suggest taking a closer look at it – and a white silk band at the foot. The cigar is well-built, showing no soft spots, while the seams are virtually invisible, and the box-pressing is perfectly square. The Mata Fina wrapper has the look and feel of smooth leather, and its dark chocolate color is solid from head to toe. The cap is well-applied and it cut perfectly with a guillotine cutter, offering a good, clean draw.

So, how does it smoke? Right from the start, the smoke was remarkably creamy, highly dense, and flowed effortlessly throughout the entire session. The burn was about as even as it gets, revealing a bright white ash dotted with small patches of black. Testing it against the wall of the ashtray the ash demonstrated an assertive resistance, and ultimately hit land at exactly one inch.

What are the primary flavor notes? The cold draw offered some saltiness and hint of dried figs. Once it got going, the smoke offered a markedly sweet taste with some earth and pepper lagging slightly behind on a long finish. The retrohale was lightly peppery with a curious, hickory-like note. Once past the first inch, more pepper rolls-in and lingers on the finish. Crossing the midsection, more pepper, then it fades as more sweetness rises to the surface. Switching from coffee to water in the last act didn’t reveal any additional flavor; maybe some more defined sweetness, if anything. A retrohale at that point provided a mongo salvo of black pepper—YOWZA.

So, is it complex? For sure. The base flavors remained mostly consistent, but the varying amounts of sweetness and pepper ebbed and flowed throughout like a bell curve.

What drinks can I pair with it? I loved it with my coffee, and cafecíto would also pair well with this cigar, while heartier Bourbons like Stagg and Booker’s can be a match made in heaven. If you want to go the sweeter route, a good Tawny Port from Cockburn’s is sure to satisfy after dinner. For more pairing ideas, see our cigar pairing guide.

Tell me who this cigar is for. New cigar smokers may find this cigar a bit overwhelming for its robust character. Yet, for the experienced smoker who loves robust and spicy Nicaraguan cigars, this baby’s la bomba. Fans of La Zona’s 601 cigars will also approve of this blend.

Bottom line: Is it humidor worthy? Yes. This was a very refined cigar, which turned-out to be a real nubber. Moreover, it’s priced accordingly for the level of quality and flavor it provided.