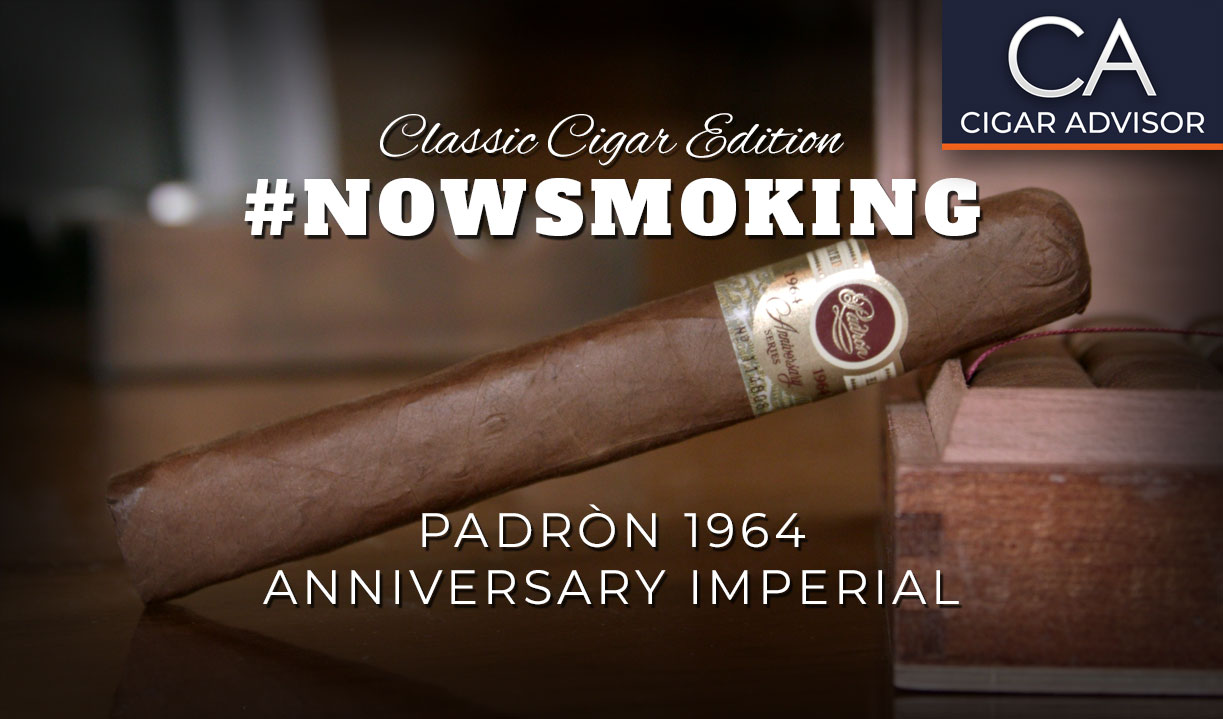 It was in 1994, just as the Boom was hitting its stride, that Padròn released its 1964 Anniversary Series, a tribute to their 30 years in business. The cigars were blended with the family’s most prized tobaccos, and sharply box-pressed with the buttery wrappers that shimmered with oily enticement. The selection hit it out of the park among consumers and the company eventually had to place serial numbered bands on the Anniversary selections, due to counterfeiting. Yes, they were THAT hot. Since their debut, these iconic cigars have consistently been listed among the annual best cigars of the year lists. Moreover, the Imperial reviewed here earned an “Outstanding” 93 rating in an April 2017 issue of Cigar Insider.

As good as it gets. The cigar is solidly packed, boasts a sharp-cornered trunk-pressing, and is comfortable to hold. The natural Habano wrapper is smooth, a little silky, even in color, and finished with a seamless cap. 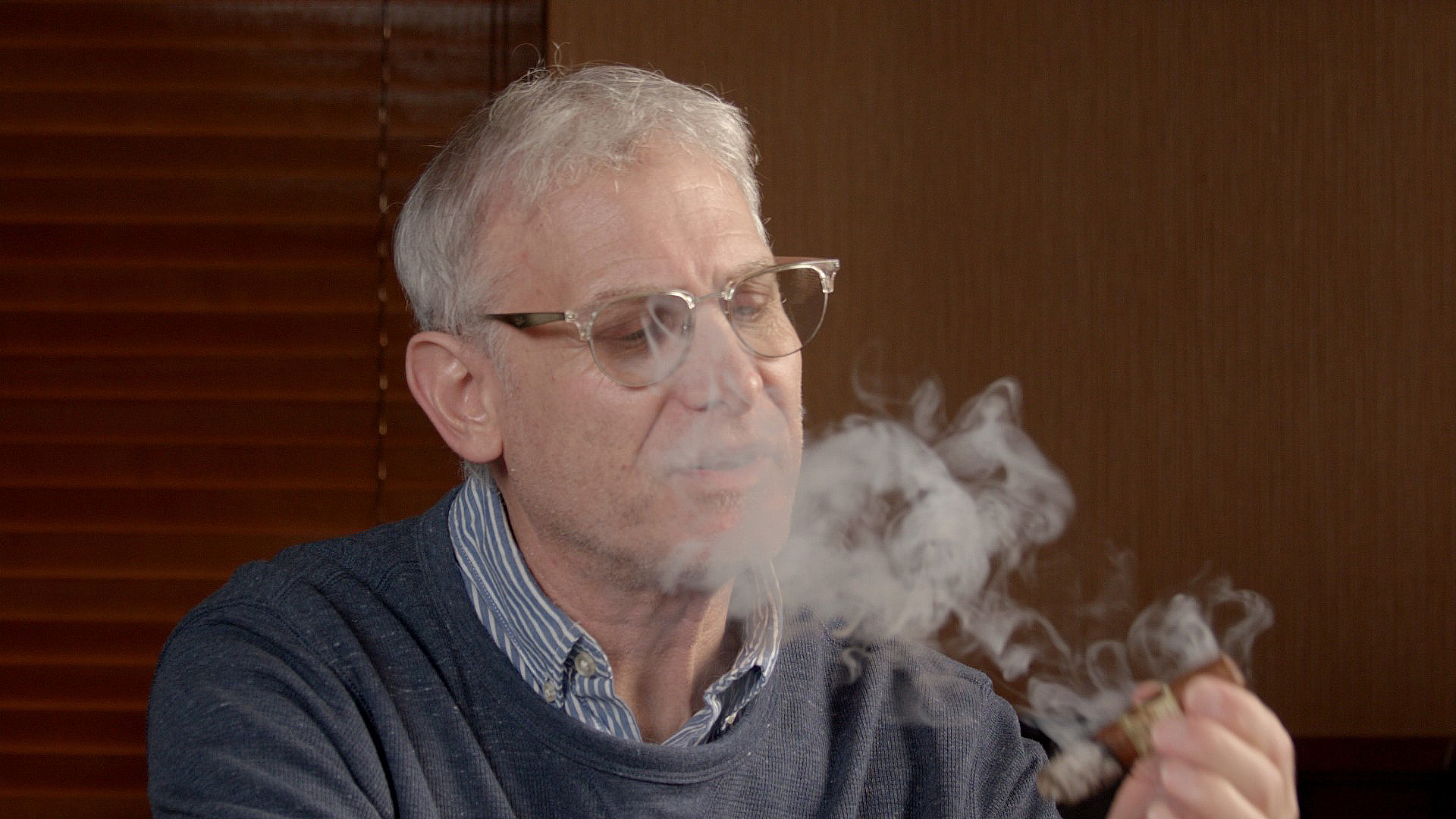 The pre-light draw offers a mostly leather and cocoa. Once lit, there’s still a slight note of leather followed by a wake-up call of pepper that doesn’t stick around very long. Once the cigar rounds-out, which is fairly quickly, you’re shrouded in a smoky fog. In the meantime, caramelized flavors of leather, cedar, sweet spice, and Padròn’s “signature” coffee & cocoa bean are revealed.

The cigar also burns well, exposing long, firm ashes, and a sweet-spicy aroma, while the body and flavors are well-balanced and consistent throughout. Even in the final inches, they remain true and bitter-free. 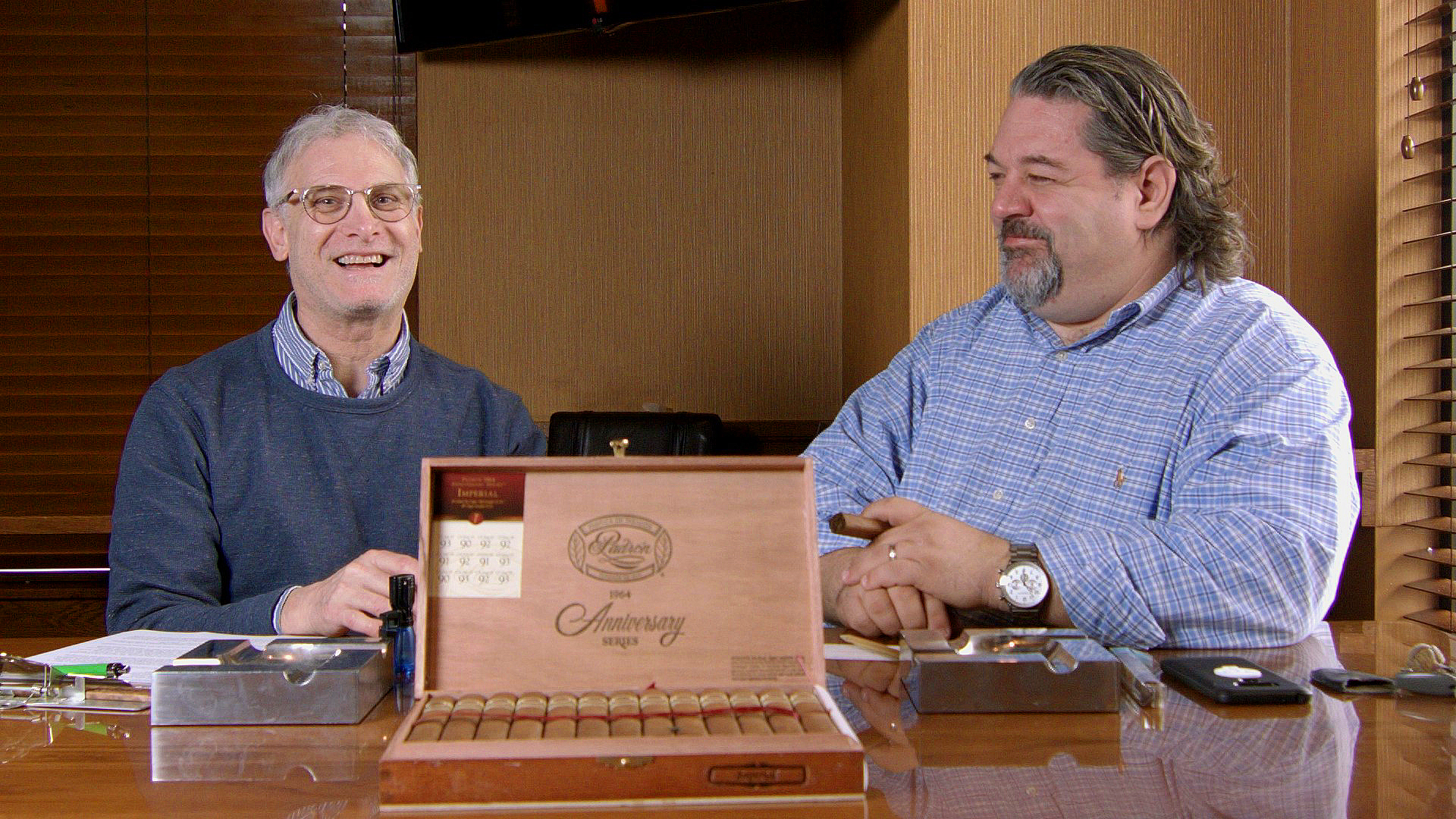 Leather, cedar, sweet spice, coffee bean, and cocoa. Retrohales were smooth and imparted some additional cedar notes. The finish is long, leaving some cedar, cocoa, and mocha on the palate.

The Padròn 1964 Imperial was born complex. Once it gets going it pretty much sticks to the script. It’s one of those great cigars that simply does what it does – rewards you with every pull. 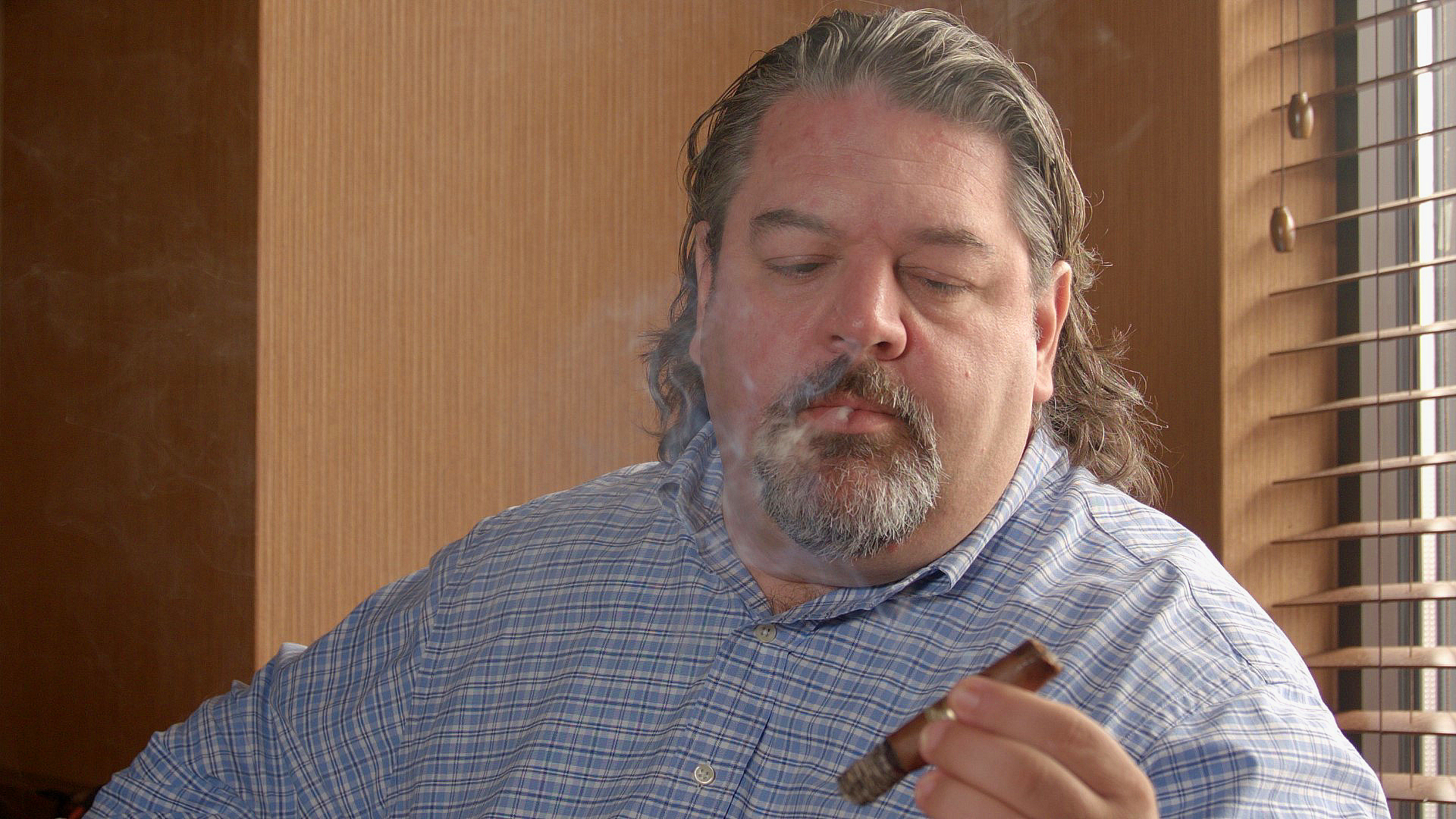 Although many cigar smokers who enjoy the Padròn 1964 Anniversary cigars tend to favor single malt scotches, John was pretty insistent on espresso. I can see the Imperial pairing nicely with either; maybe even a cappuccino. For those who prefer mixed drinks, I’ll toss-in a Daiquiri or an Old Cuban.

Everybody. OK, at almost $17 it’s not a cheapie, but put that aside. This is one cigar that’s worth the investment, even if you just save it for a special occasion. The smoke is rich and complex enough for aficionados, and so luscious, even newer smokers will find it exquisite.

Definitely. File under “timeless classic.” There are just some cigars no cigar humidor should be without. (For an even sweeter experience, try the 1964 Anniversary Imperial Maduro.)

My favorite in the line is the Belicoso! Absolutely the best cigar I’ve tasted in over 25 years smoking premium cigars!

Thanks for the comment Rich. I don’t think I’ve had that one, but the other one I really like in the 1964 Series is the Exclusivo in the Maduro wrapper. G-~

too rich for my 87 year old blood: but i’LL LOOK for someone smoking one and breath in his smoke!