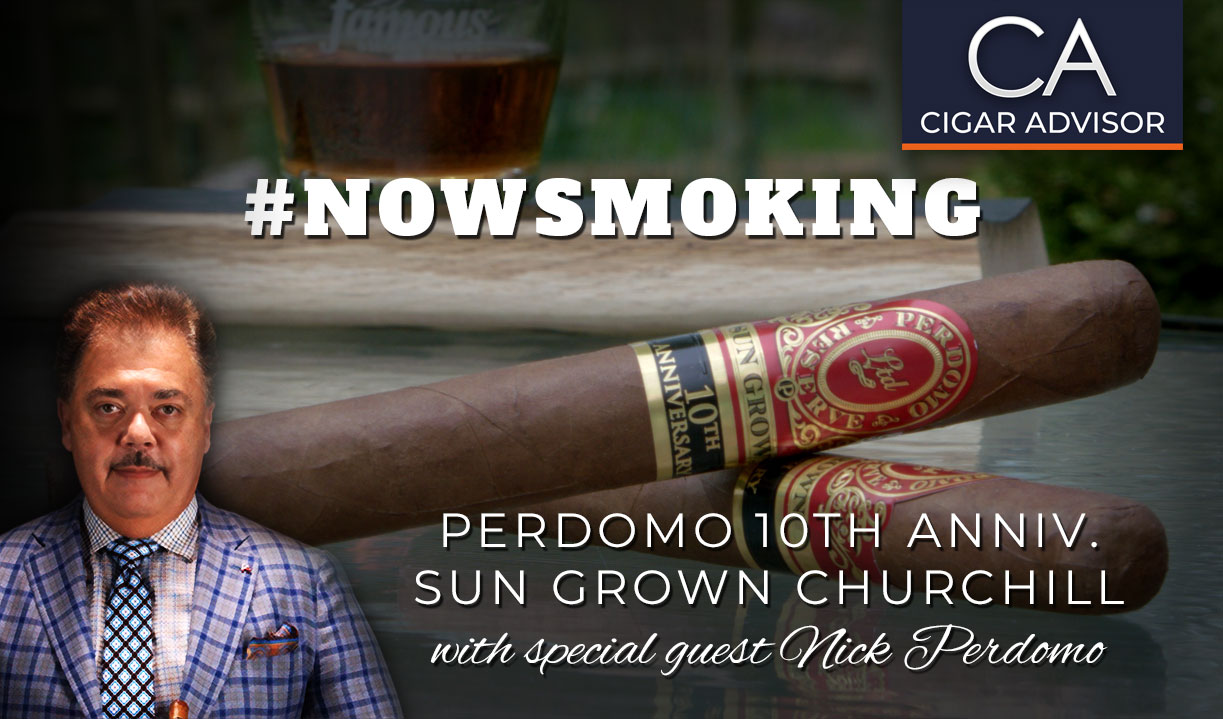 Presented in boxes of 25, 5-packs and singles

Nick Perdomo doesn’t mind being predictable. At least he’s consistent—and that counts for a lot. The Perdomo Reserve 10th Anniversary Sun Grown selection is one of three Perdomo blends in the line, which includes the 10th Anniversary Maduro Churchill we reviewed last October. 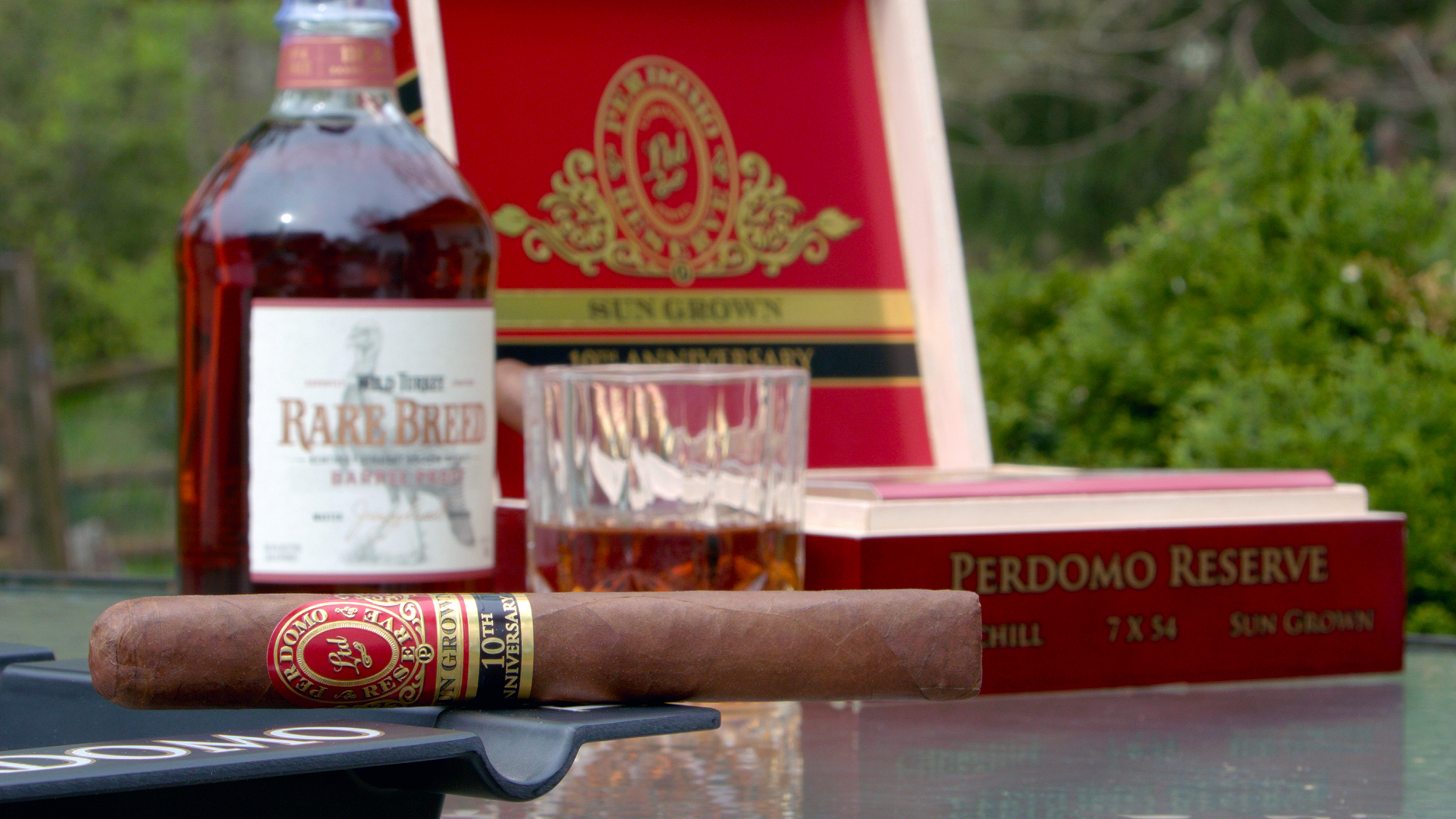 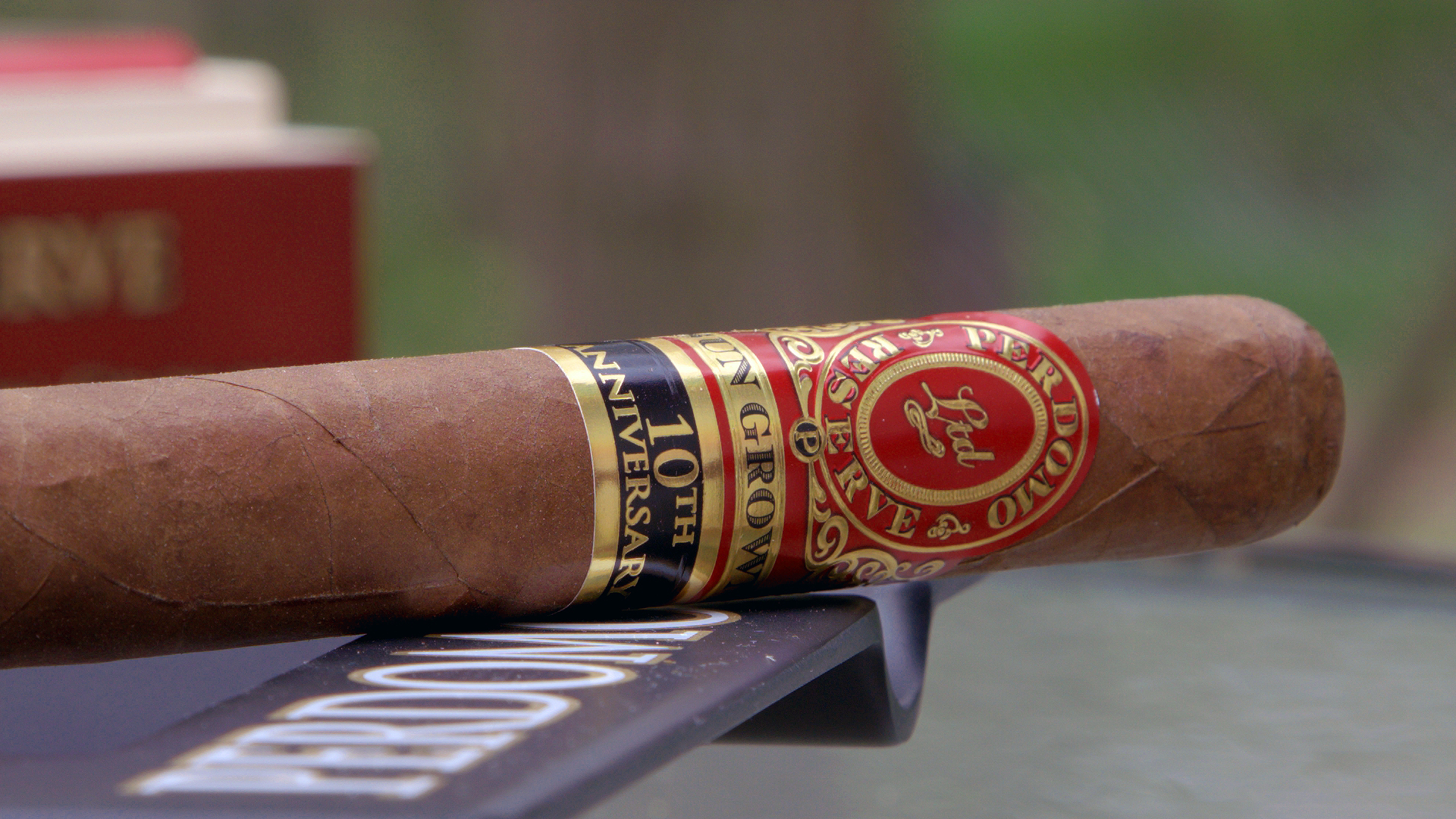 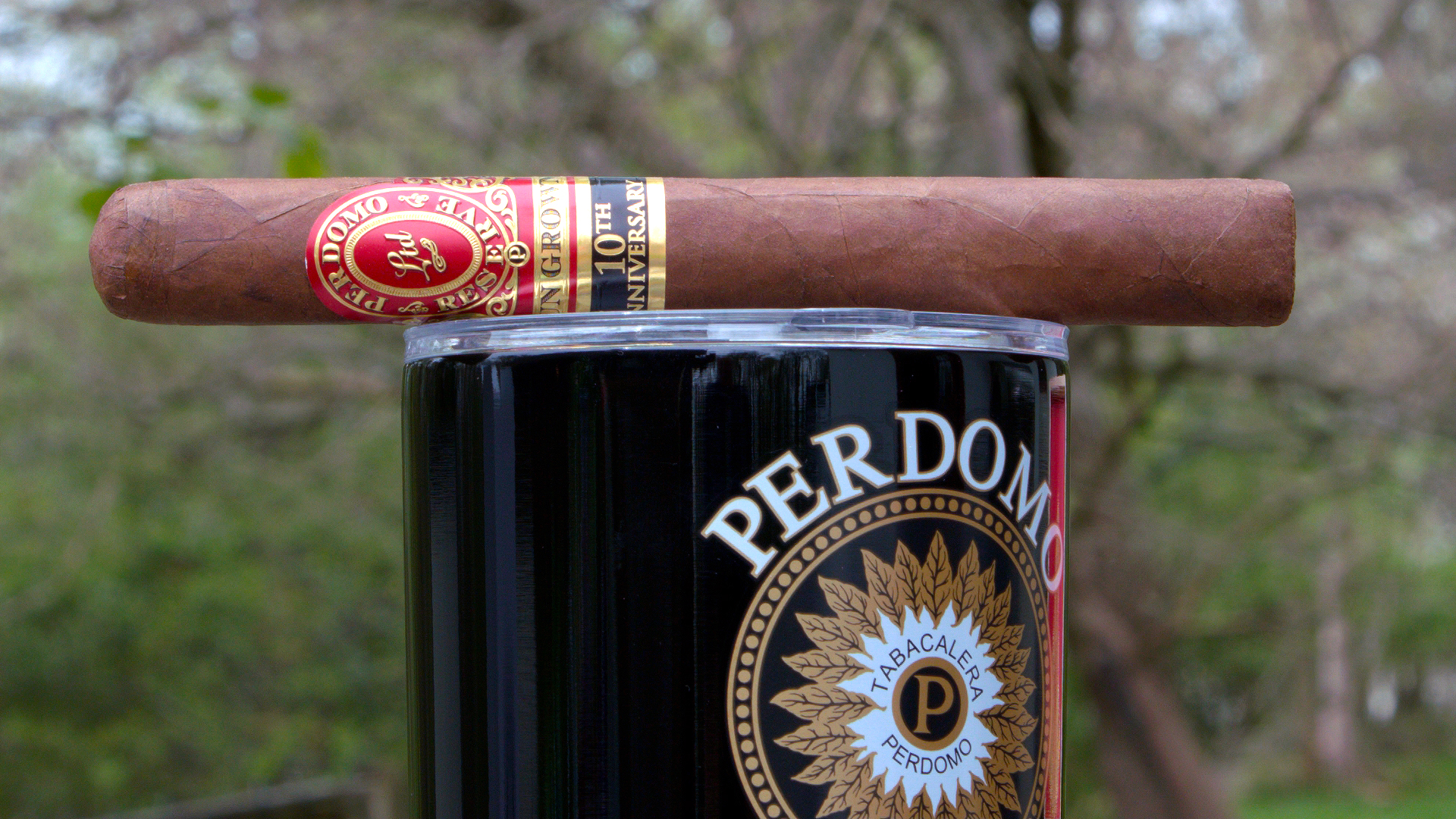 The Sun Grown line is handcrafted in six sizes and presented in boxes of 25 cigars, including 5-Packs.

Construction: A big good-looking cigar with that gorgeous rosy hued sun grown wrapper which has a freshly tanned leather gleam to it. Rolled really beautifully, the triple seam cap is deftly applied and a bit thicker and longer in appearance. The rolling is superb, and an inspection of the foot shows dark tobacco in the center. I also like the way the neon-like red band pops and picks up the brickish red color of the wrapper.
Draw: The cap came off in a perfect circle, and an excellent draw ensued.
Cold Draw: Spicy, sweet, and just a bit fruity.
Toasting and light: Excellent. Take your time, and the burn will reward you. The initial flavors were lightly spicy with a good dose of nutmeg and a hint of oak.
Base flavors: Nutmeg, cinnamon, oak, almond nougat.
Aroma: The aroma off the wrapper is very “barnyard,” while the tobacco at the foot has that sort of Nicaraguan herbal-earthy fragrance. The aroma from the smoke is spicy.
Retrohale: Moderately spicy.
Burn & Ash: Outstanding. The cigar burns evenly, slowly and reveals a cinderblock grey ash that’s as tough as a cinderblock. 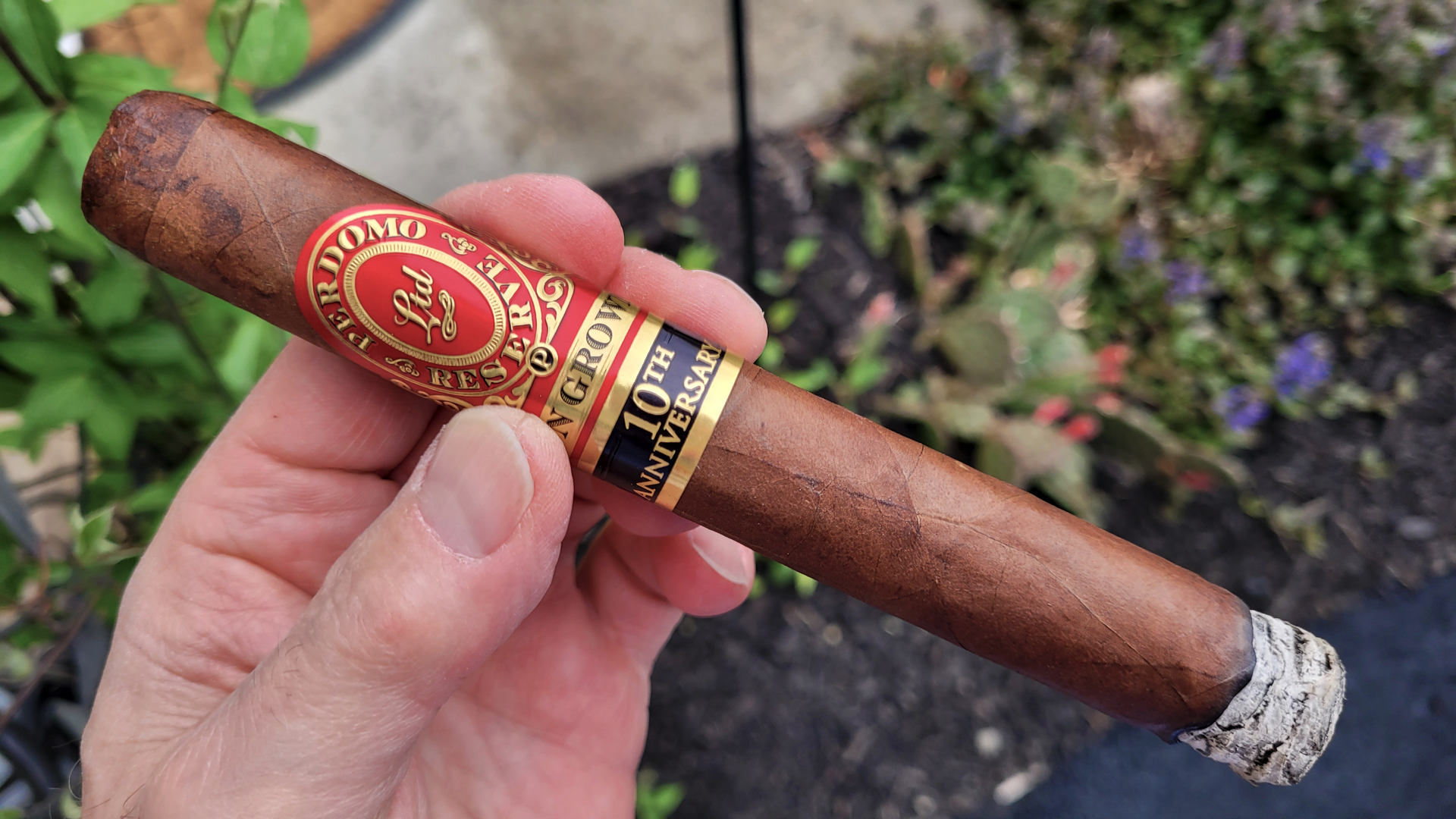 The opening notes were pretty much what I’ve come to expect from the Perdomo Sun Grown ligas. Sweet and lightly spicy with a pretty good dose of nutmeg and a little bit of oak mixed in there too. At the one-inch mark, the smoke is nice and smooth, mostly medium in body and strength, with a sweet finish that’s a combination of brown sugar and almond nougat. I was actually surprised at how sweet the cigar was at this early stage. 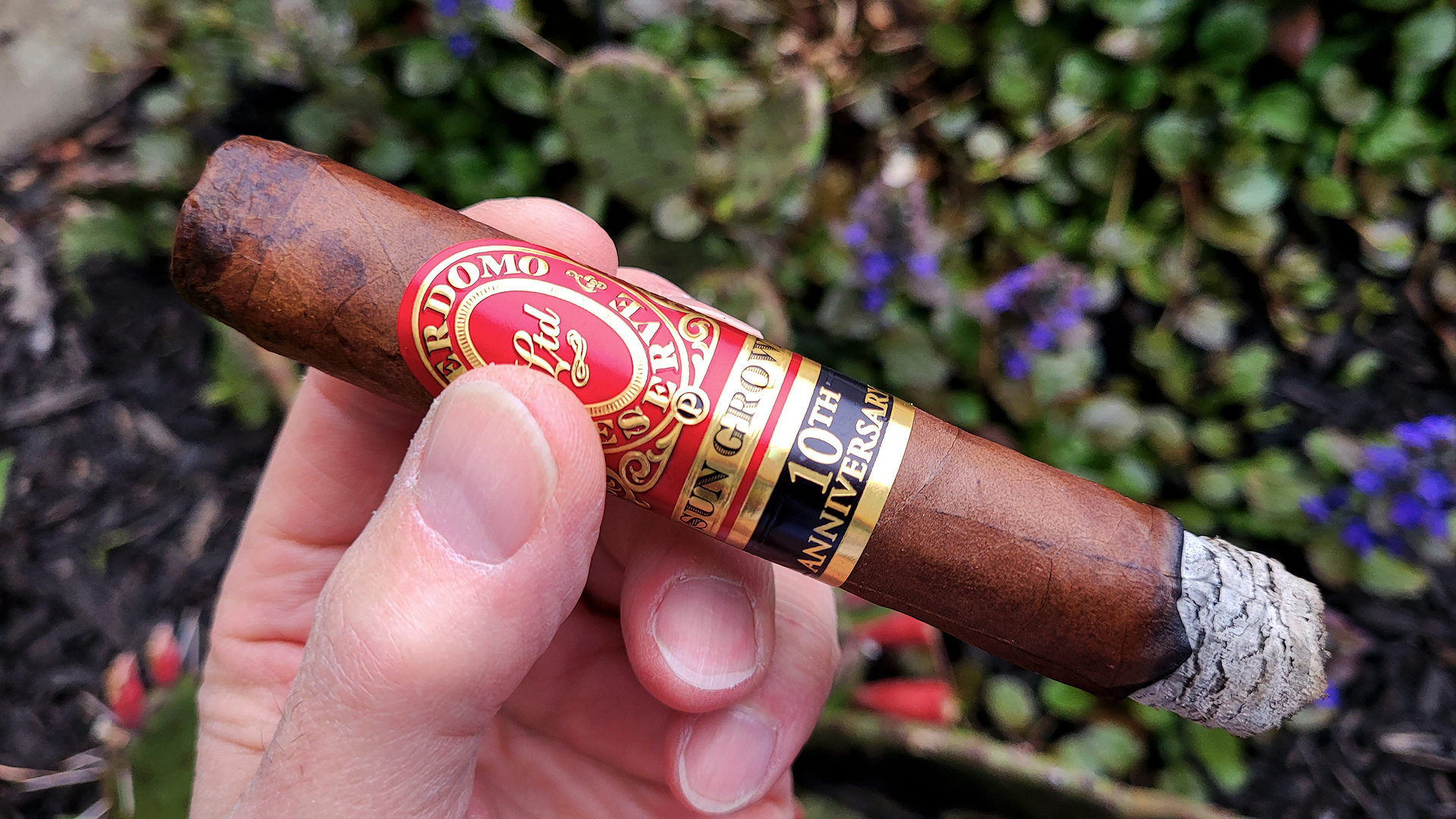 The flavors are continuing to develop, and the body and strength continue on their medium-bodied path. However, the flavors have begun transitioning to more baking spice-like notes. There’s still this underlying layer of oak, and the finish remains sweet with a little more spice in the mix.

As the Churchill approached the final stage, the body was more in the medium-plus zone, but the strength didn’t change all that much. All the flavors were simmering nicely and maintained an excellent balance. As I noted in the video, this Perdomo 10th Anniversary Sun Grown is similar in flavor profile to the Perdomo 20th Anniversary Sun Grown blend, but a little leaner in body and strength.  It may even have more sweetness, too; and Nick did point out that he used more of the sweeter Jalapa in this blend. 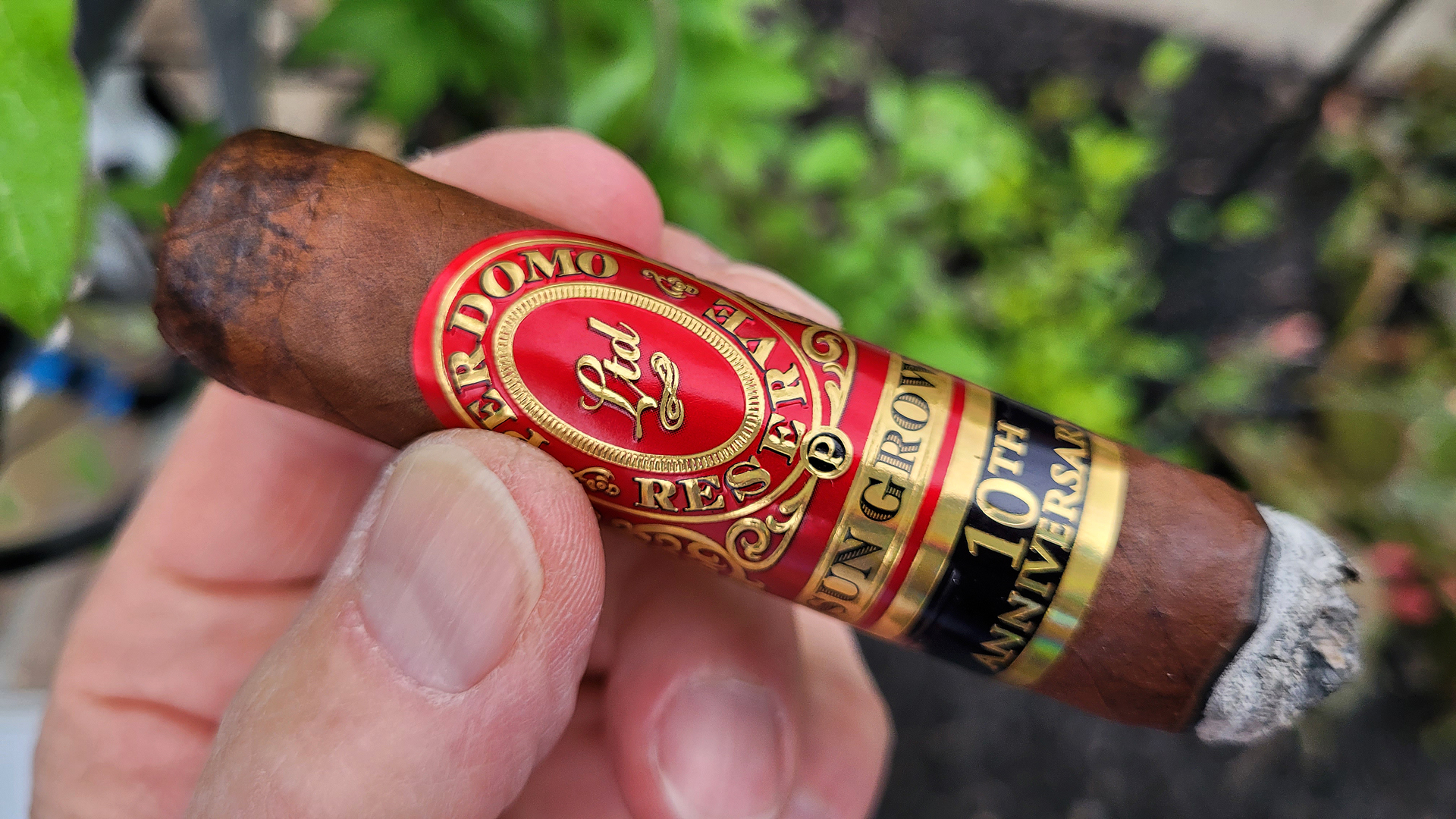 At this point the smoke parked itself medium full, yet it remained very chewy and creamy. Since this is a fairly long and wide cigar, it was also not surprising that the level of sweetness began to fade as the flavors transitioned to something a little darker and more intense at this stage. Mostly a mix of baking spices, nougat, and this nice little surprise – a nip of ginger – plus all that oakiness. Even here, at its fullest point, the strength never went over the top.

Our pairing expert recommends the Woodford Reserve Batch Proof Bourbon. Woodford describes it as “a complex medley of rich tea leaf, oak and dried leather notes, underpinned by delicate hints of peppermint and fresh cedar.” Traces of peppermint brighten a potpourri of dried berries, while a long, subtle dryness is highlighted by a lingering dark chocolate espresso fade. 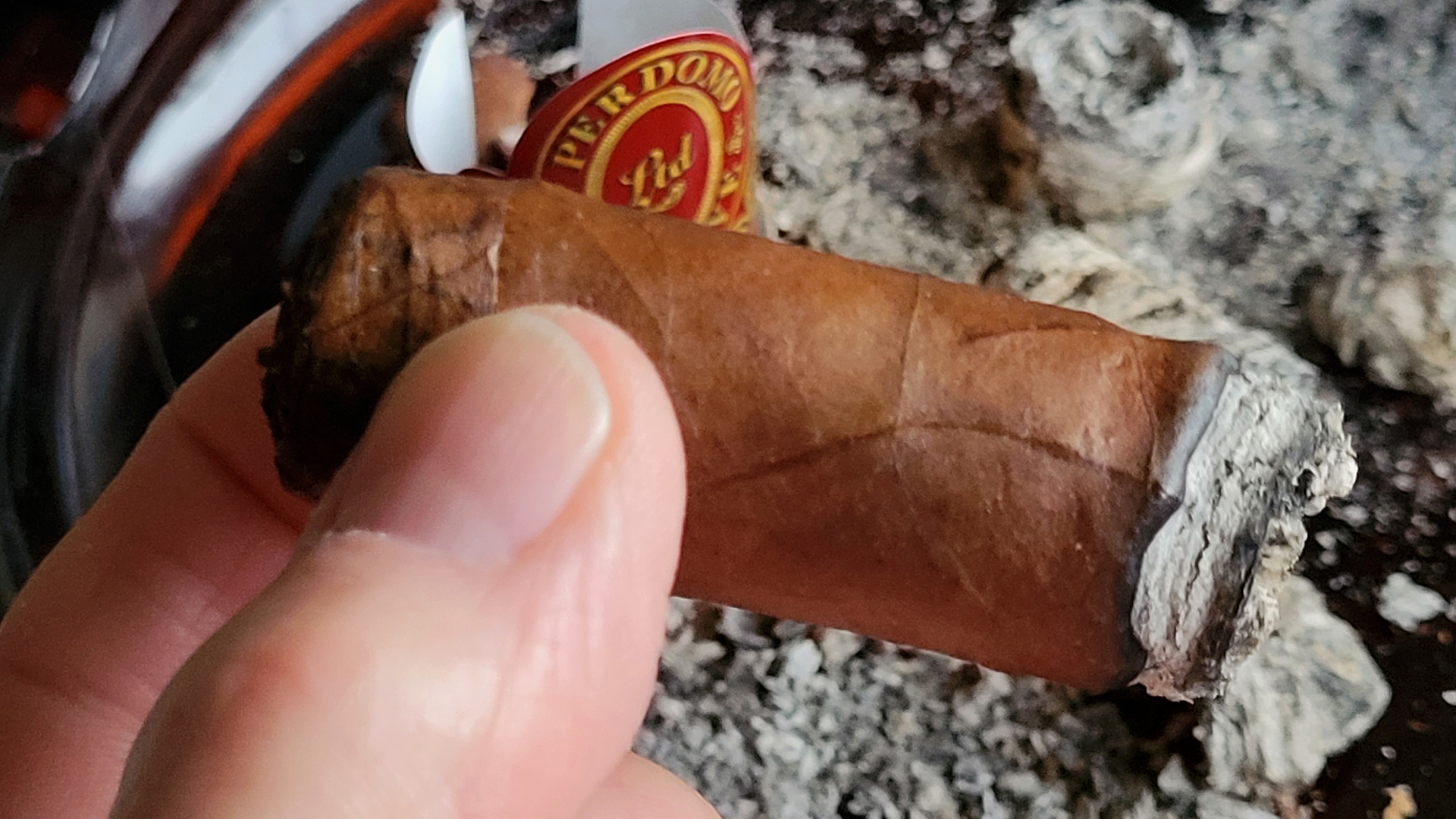