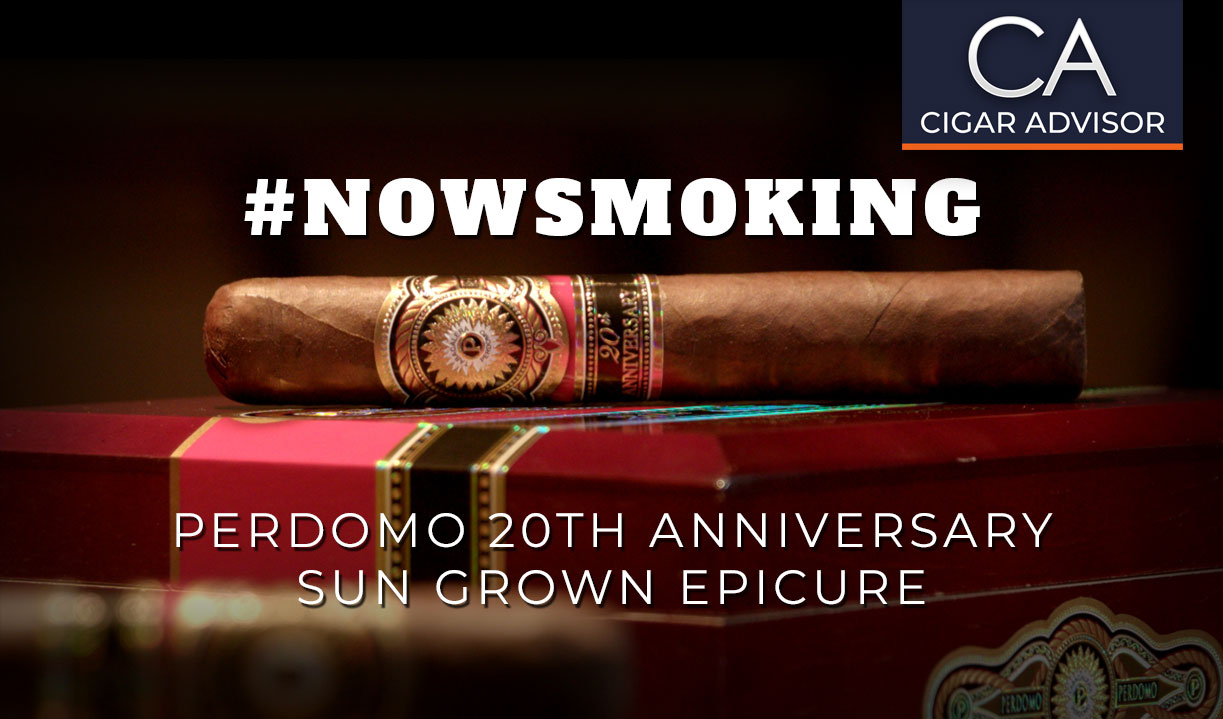 The Perdomo 20th Anniversary selection made its debut in 2012, and is offered in three varieties: Connecticut, Sun Grown, and Maduro, with the latter two being Nicaraguan puros. All Perdomo 20th Anniversary cigars are blended with prime tobaccos that have been carefully aged for a minimum of eight years. They are then aged an additional 10 months in vintage bourbon barrels. 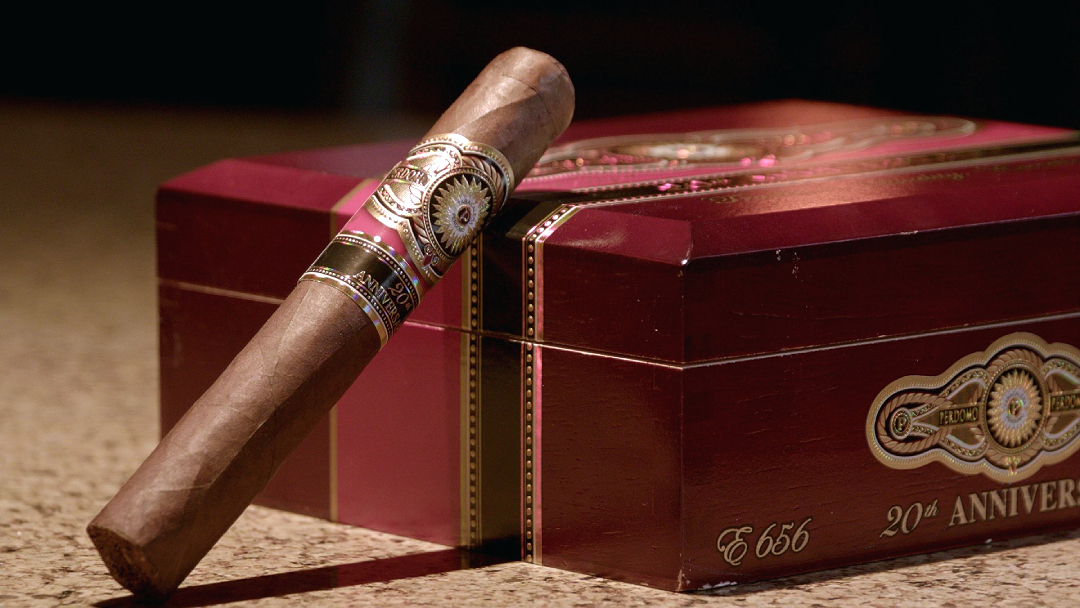 In 2014, Cigar Journal awarded the line a “94” score, and named it “Nicaraguan Cigar of the Year.” The Sun Grown also earned a “93” from the Journal, as well as several other 90+ ratings from the media. Plus, from my experience in talking to other cigar smokers, the Sun Grown also seems to be the most popular.

Like all of the 20th Anniversary Sun Grown selections, the Epicure features a gorgeous Cuban-seed Nicaraguan Sun Grown wrapper. The core blend consists of higher-priming, Cuban-seed Nicaraguan binder and long-filler tobaccos. The bourbon barrel aging process also brings out more of the rich, earthy flavors in the tobaccos. When lit, they reveal a rich woody character that leaves a subtle note of bourbon-laden oak on the finish.

Perfectly. The wrapper is flawless, even in color throughout and seamlessly rolled. No soft spots or veins in sight. The cigar is finished with a clean, triple seam cap, and after clipping offers a perfect draw.

Smooth and creamy. The pre-light offers some leather and a hint of bourbon barrel oak. Once lit leather, cedar, and oak are revealed followed by sweet spice and some light pepper. The pepper fades quickly, and you can also taste that little nip of bourbon from the barrel on the finish. 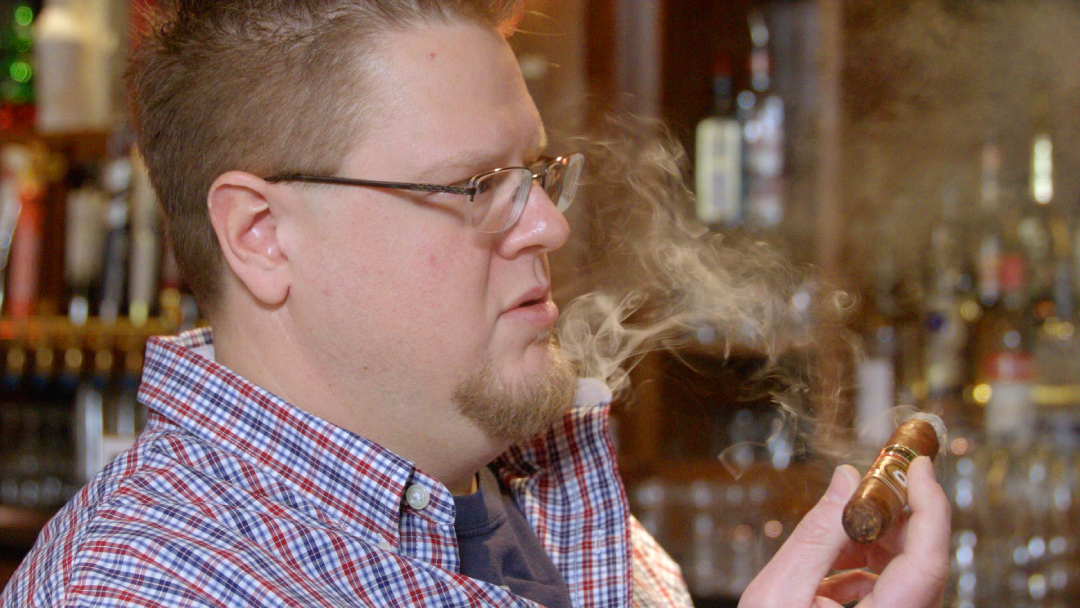 In Act II, a toasted almond note enters the frame, which John picked-up in early on. I also noticed some coffee bean in the mix, but John did not. We did agree that the cedar and oak dominate for the most part, but offered enough wiggle room for the additional flavors to evolve. Retrohales, done at various intervals were creamy and woody.

By Act III, the body and strength shifted into top gear, yet were far from overpowering. A ribbon of sweet spice prevailed, while the smoke remained copious and creamy. Moreover, even in the final inches, the cigar never turned bitter. 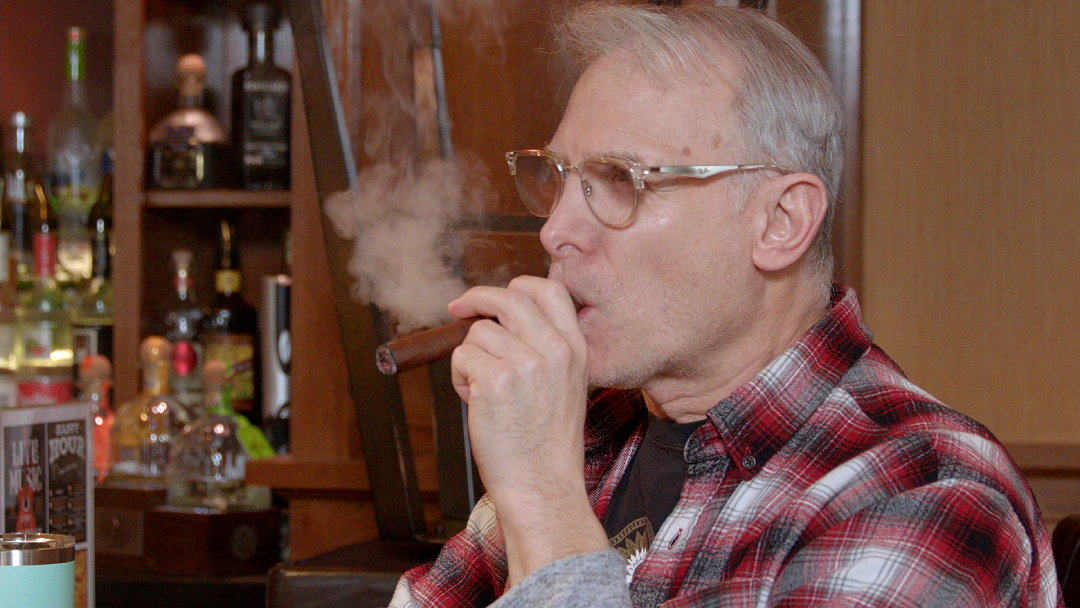 Very much so. The flavors had an excellent ebb and flow throughout and maintained an excellent balance. We never knew what was going to arrive or depart next.

John and I both agreed that bourbon and single malt Scotch would do well by this cigar. For the wine enthusiasts, try it with a good Cab or Pino Noir. For a mixed drink, a Manhattan or Daquiri should do just fine. 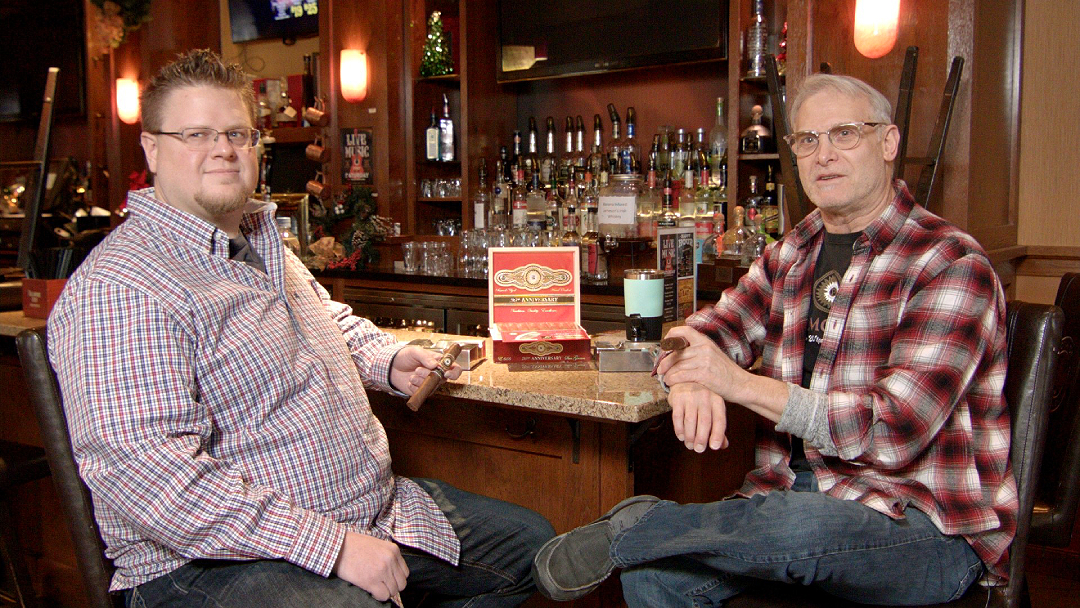 Practically any cigar smoker with at least a little experience. For newbs, I’d say start with the 20th Anniversary Connecticut. Yet what I like about the Sun Grown is, it’s the happy medium between the Connecticut and the Maduro. Perhaps that’s why it cuts across palates of every experience, and what makes it so popular.

Yes, and not only for its flawless quality and bevy of rich flavors. At $9.25 for a single (at press time), the Perdomo 20th Anniversary Sun Grown Epicure is also reasonably priced. (A box of 24 takes it under $8.00.) Plus, with its 6″ x 56 dimensions, you’re getting a lot of cigar for the buck. I’ve been smoking this cigar for years and I’ve never had a klunker. That’s why it’s still one of my all-time, Top-10 cigars. I hope you get a chance to try one soon.

Reading Time: 7 minutes La Gloria’s cigars have always been ahead of the curve, but does the La Gloria Cubana Spanish Press selection keep the momentum? Watch now as John, Gary, and Jared put the Robusto to the test.