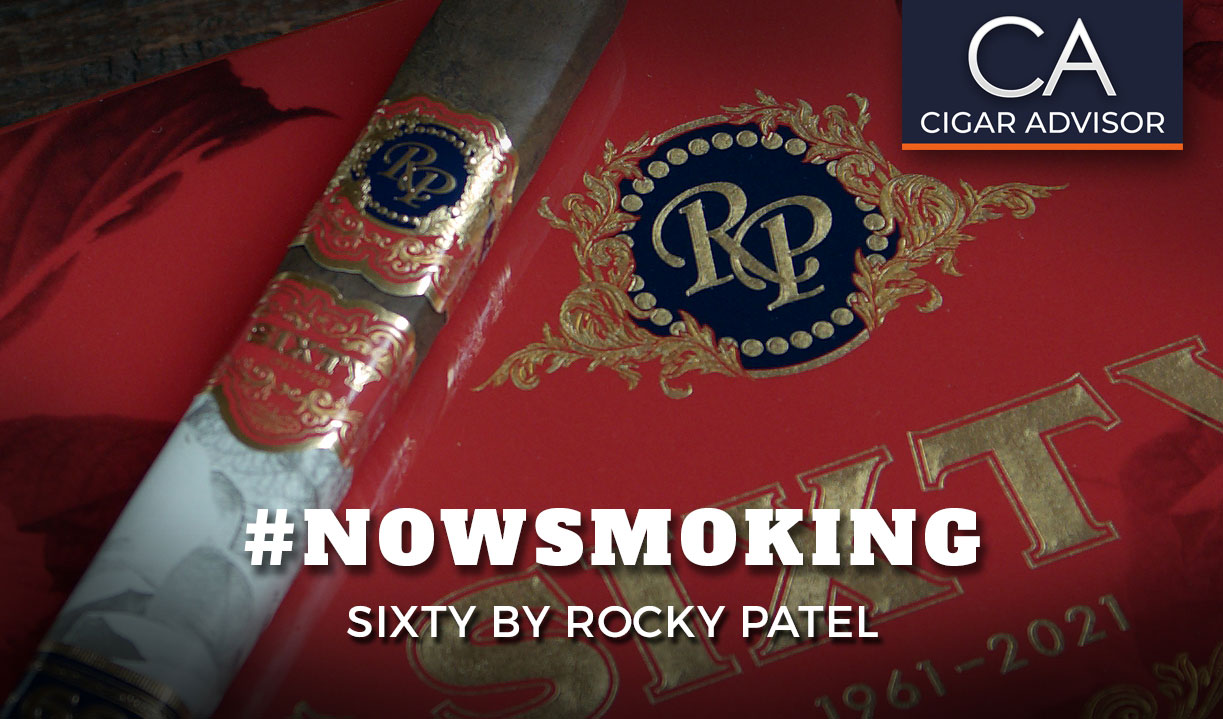 The Sixty by Rocky Patel Backstory 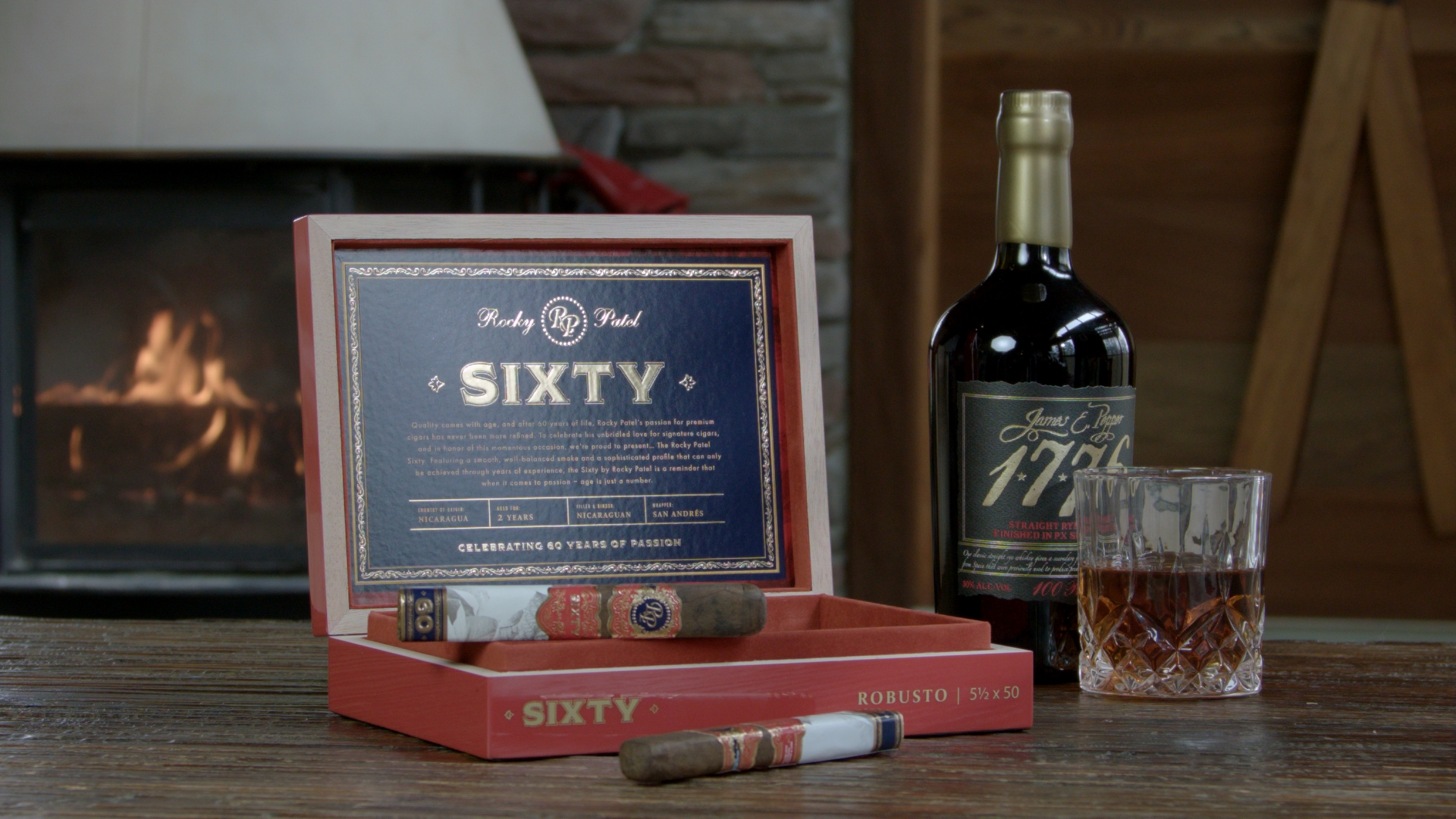 Like its maker, Sixty is dressed to the nines and ready to celebrate. Its wrapper: a gorgeous Mexican San Andres leaf. The bands: you could probably see them on the moon. Bright and flashy is an understatement. But for all this pomp and circumstance, does 60’s flavor live up to the image it portrays? Join me and find out.

If you’ve smoked Rocky Patel Sixty, we’d like to hear from you. Tell us all about your experience in the comments below! 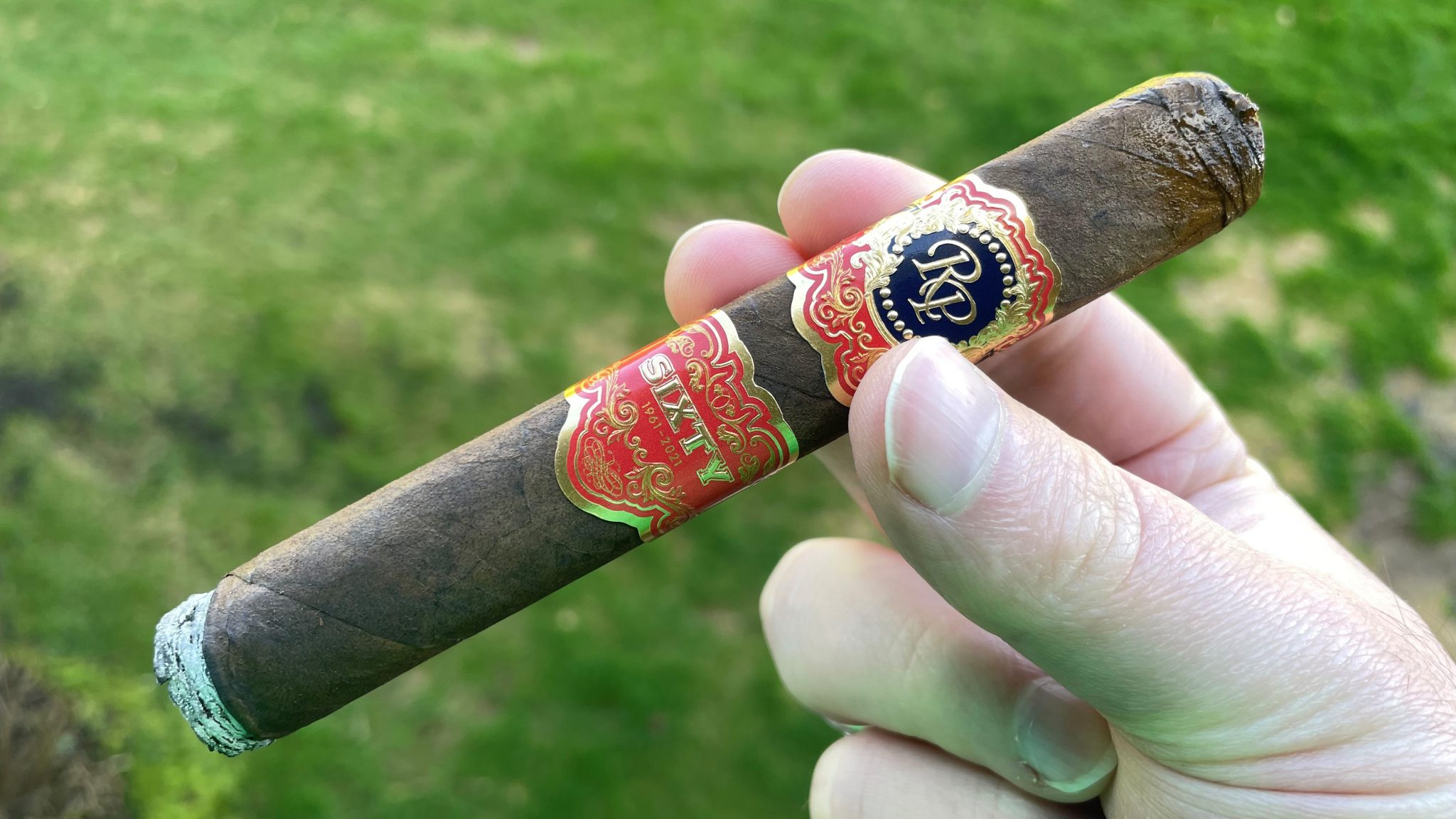 I’ll be honest, Rocky’s cigars haven’t always resonated with my palate, but I can tell immediately that Sixty is different. The cigar starts off sweet with a little bit of semi-sweet chocolate, earth, and some warm pepper. Some notes of toffee filter in within an inch or two…I’m starting to wonder if I’m smoking a candy bar. Definitely on the full-bodied side, too. Maybe not fully cooking from the start, but it had me feeling it without much delay. 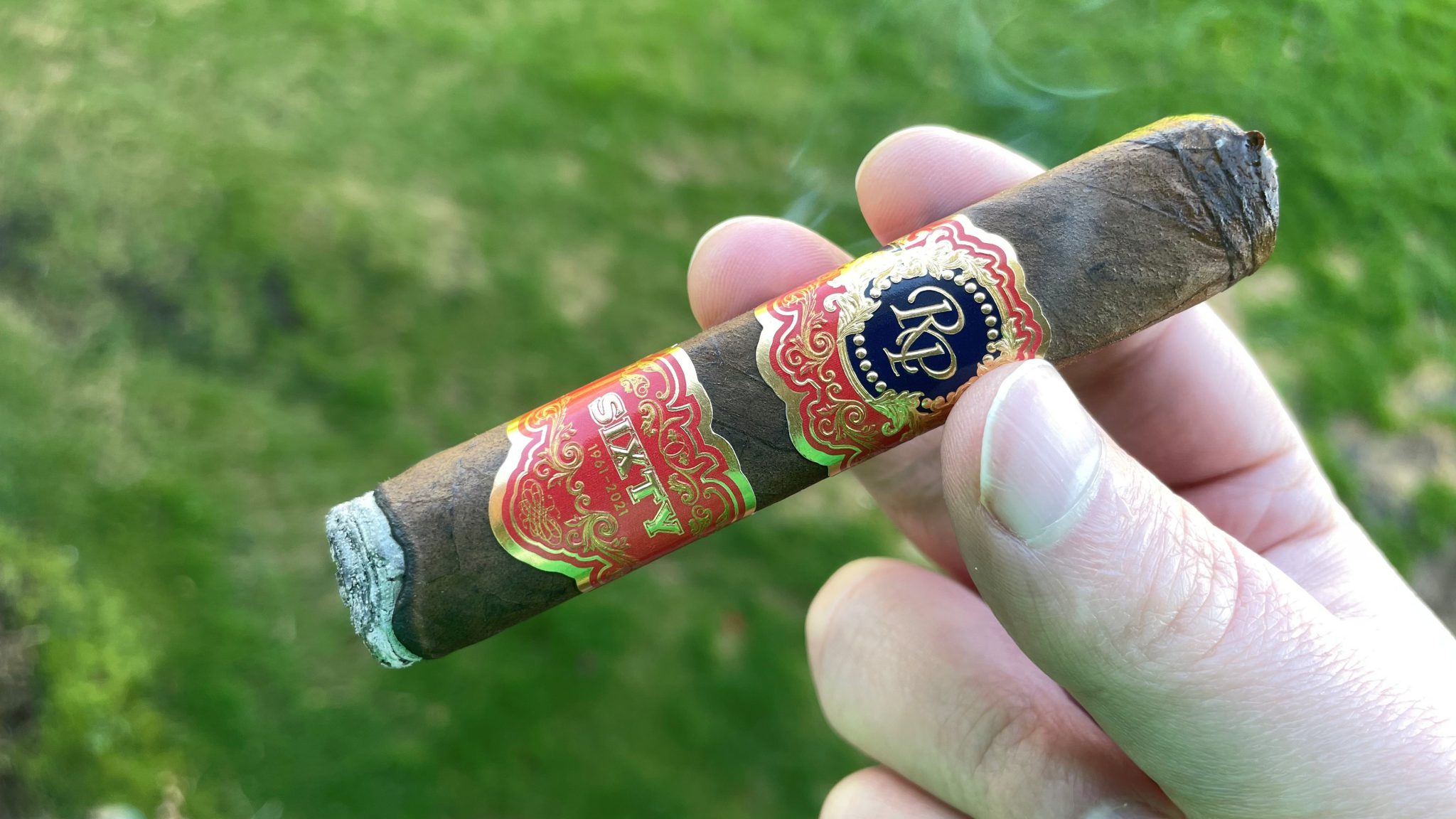 About a third of the way into RP 60, a distinct vanilla flavor has replaced the cocoa and toffee. It’s more like vanilla extract; not particularly sweet, but creamy. There’s a little bit of coffee bean in the background at this point. Not enough to list it among the base flavors, but it’s noticeable if you pay attention. The strength is still trucking along at full-bodied too. I’m finding the blend to be moderately complex with some bursts of sweet and spicy flavors for those who appreciate some taste bud diversity. 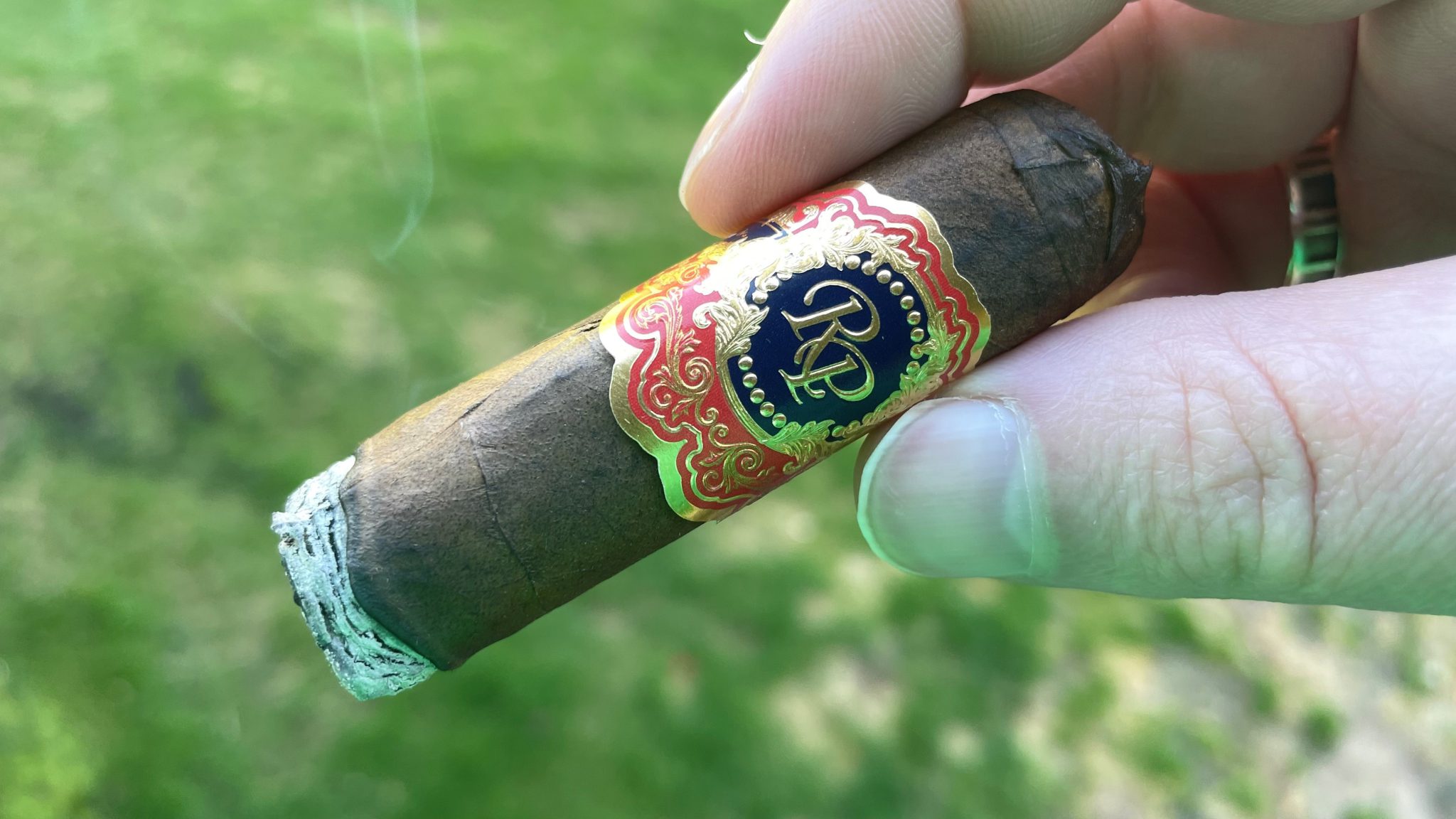 The latter portion of Sixty turns to more traditional cigar flavors. Earth, pepper, spices, even a little cedar at times. I found that the Robusto seems to smoke slower than I expected – I got about an hour out of it. To put a bow on it, sweet up front, creamy toward the middle, earthy and woody at the finale.

What beverage pairs well with Sixty by Rocky Patel cigars? 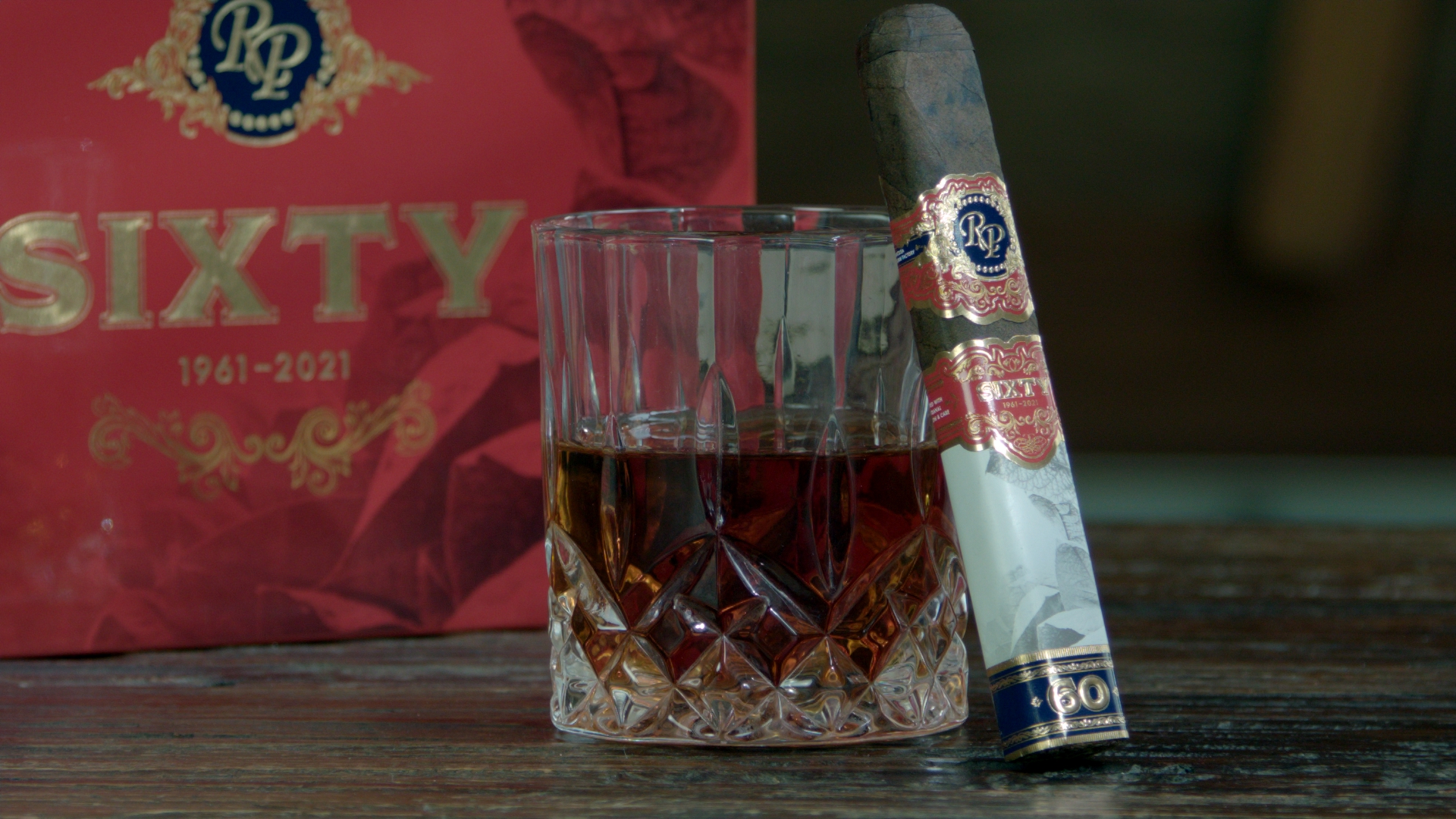 Drink water! Trust me, you’ll want to taste the cigar for what it is without any influence from the liquor cabinet. If going dry is a non-starter, maybe reach for something smooth like Laphroaig 10 (one of the smoothest single malts I’ve ever had). Whatever it is that you choose, you’ll want to make sure it doesn’t overpower Sixty’s nuances.

Are Sixty by Rocky Patel cigars worth smoking?

To me, the blend is the kind you’d smoke on a Friday night. No work in the morning to worry about, no appointments…just you, the cigar, and not a care in the world. I’d recommend that you smoke it alone, at least the first time. There are so many subtleties that you’ll miss if you smoke it amid conversation.

Pricewise, it’s a bit steep, even bordering on super-premium, but ultimately worth smoking. Especially puffing one on the occasional weekend or special occasions. Take it from someone who doesn’t often like Rocky’s stuff. Sixty is made different.

Reading Time: 5 minutes Boveda packs are a convenient and easy way to maintain proper humidity for your cigars, but there’s a few things to know before you get started. Check out our answers to the most common Boveda questions!