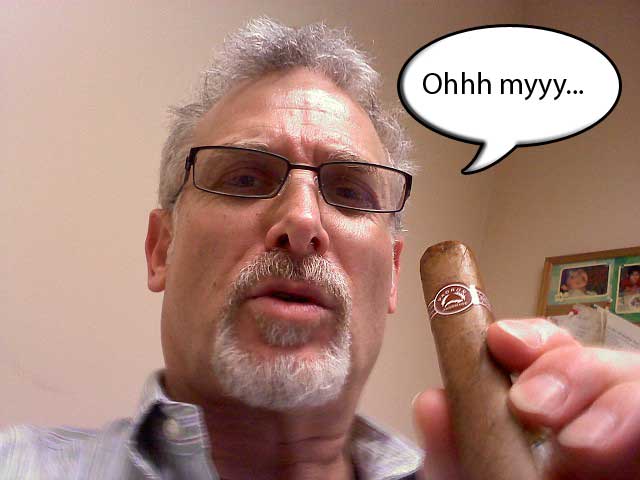 Padron cigars – what’s the first thing that comes to mind when you see (or hear) those two words? Speaking for myself, it’s not a word; first I get a flash of an image of the cigar, specifically the band, but what really comes to mind is their unique flavor. I don’t know the science of how the brain does this, but I actually taste that earthy, mocha-laced flavor that makes Padron cigars so distinctive. I’m sure the same thing happens when you think about one of your Mom’s special recipes, or a favorite dessert, wine, beer etc. It seems as though things we ingest that we either really love or hate, we can actually taste in absentia, and when it comes to cigars, even though I have a lot of favorites, for some reason Padron cigars just seem to stand out in that particular way.

Practically every cigar smoker I’ve met seems to have a special place in their heart for Padron cigars. It’s like they have this mystique about them, not unlike that attributed to Cuban cigars. The difference is, the Cuban cigar mystique has to do mainly with their pedigree, but even more so, the fact that they’re illegal. The Padron mystique seems to have more to do with that incredibly unique flavor they have. I’d even go so far as to say that the only cigars as inimitable as the finest Cubans are Padron cigars. If you’re an avid cigar smoker, regardless of any other cigars you smoke, even Cubans for that matter, you know exactly what I’m talking about. Perhaps this excerpt from a 2006 New York Times article on Jose Orlando Padrón sheds some light on their ability to produce such highly coveted cigars:

After the revolution in Cuba, most of the country’s big producers shifted operations to the Dominican Republic, but Mr. Padrón swears by Central America, where he says the conditions are most similar to Cuba’s.
– “A Career Seasoned With Cigar Smoke and Revolution” (The New York Times)

Whether it’s their main line, or their Padron Anniversary editions, the consistency and fullness of flavor is beyond reproach. Perhaps Ernesto Perez-Carrillo said it best when we visited him in the DR this past February; we were talking about boutique cigars. Although I’m paraphrasing, essentially he said that “Padron is committed to making only so many cigars per year, and that’s it.” This gives them much tighter control over their production, therefore there’s very little, if any, margin for error.” “And he doesn’t care,” added Carrillo. (Again, I’m paraphrasing.) He didn’t mean that in the apathetic sense. What he meant was, they probably could produce more cigars and make more money, but that’s not what they’re about. They’re only concern is making great cigars, which is also Señor Carrillo’s philosophy. Both the Padrons and the Carrillos have enjoyed vast success and revenues for generations. Why change simply for profit’s sake? As Don Jose Orlando says:

A businessman has to be thinking all the time, dealing with problems. I do it best when I’m smoking.

And he’s smoking some pretty darn good cigars, too.

thanks Gary. Any reminder that one should not forget a company that is more dedicated to continuing its quality than in introducing new lines, is worthwhile. I enjoy Padrons and whenever I try a cigar that cost about $4 or more and don’t like it, I always think, “Idiot, you could have had a Padron.”

Mister Padron is taking pride in his creations. Is a great feeling to get to see the fruits of his hard work, especially for his son and family. God bless you Sr. Padron & family to inspire so many cigar makers and cigar aficionados to the incredible art of tobacco.

Without a doubt, my most memorable cigars have been almost exclusively made by Padron. Their basic offerings cannot be beat price-wise, and the construction and taste are impeccable. If you haven’t enjoyed one, you are missing one of the cigar worlds great puros. You cannot go wrong stocking your humidor with these beauties.

Reading Time: 6 minutes If the allure of dark-leaf cigars is calling, we’ve got your number. View our list of 10 solid Maduro-wrapped beauties that are perfect for first-timers!

Rekindling an Old Friendship Over Cigars

Can “dry drawing” on your cigars lead to bitterness?