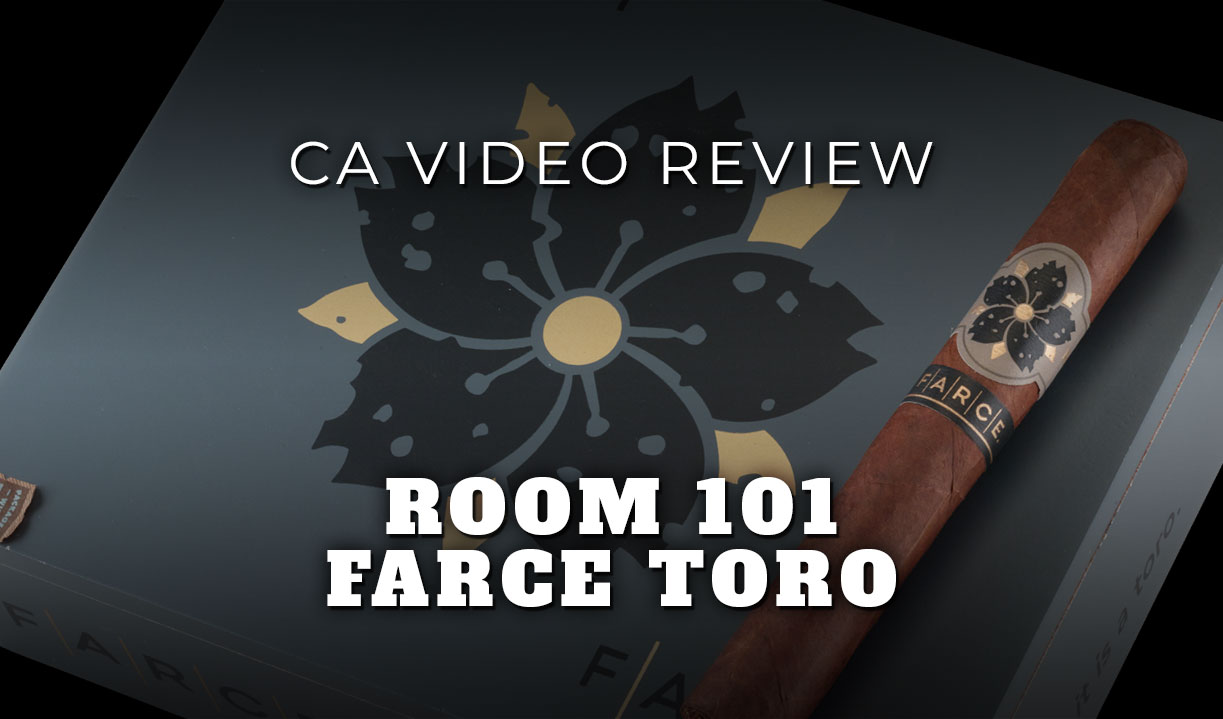 Matt Booth’s sudden departure from the cigar industry in 2017 was sudden and unexpected. His Room 101 Cigars brand was successful, but the reason for his hiatus was to focus more on his jewelry business which carries the same name. But little more than a year later, he announced his return. 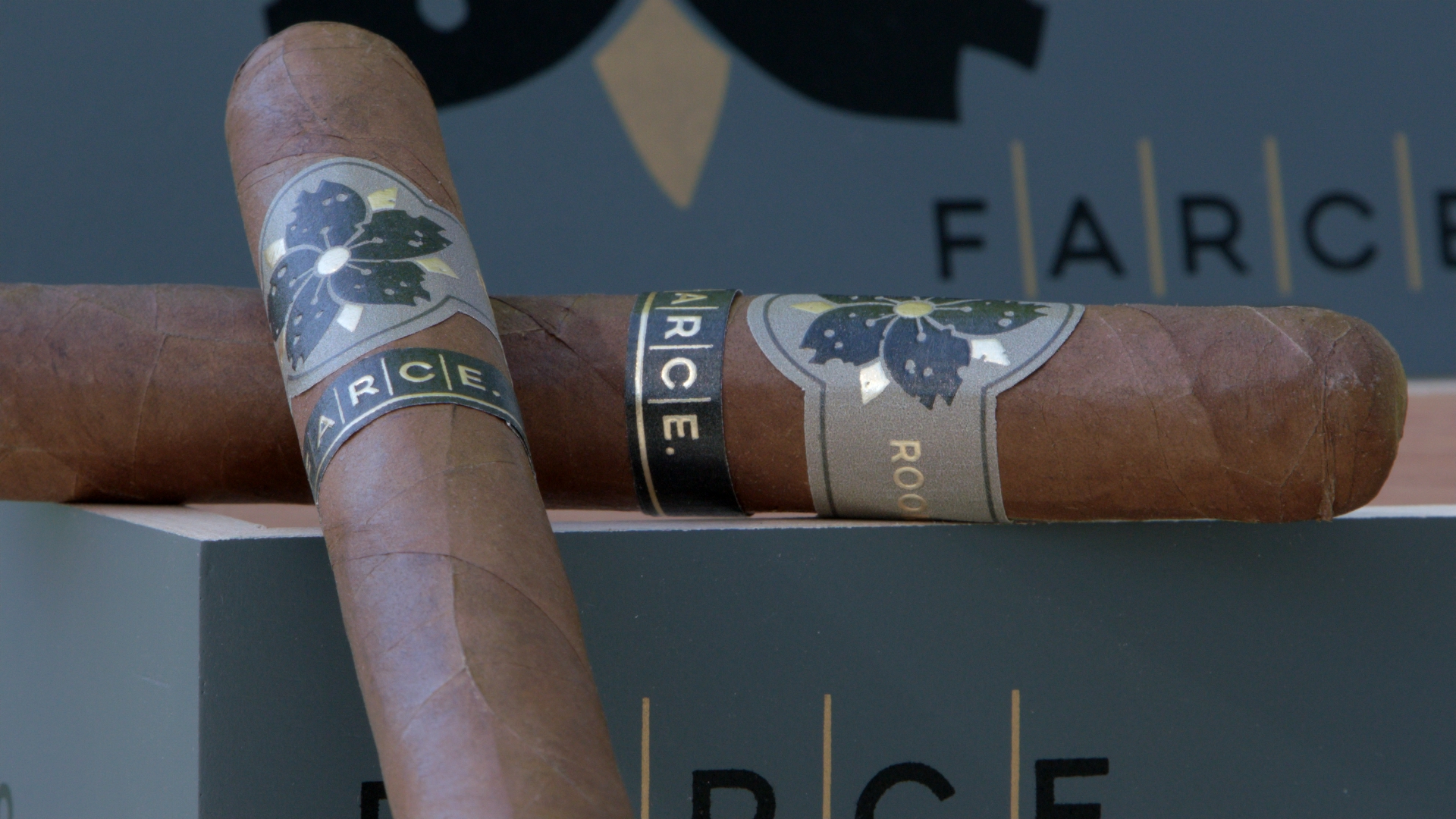 The truth is, Booth never really left. He partially spent that time collaborating with Robert Caldwell and AJ Fernandez on their respective Room101 offshoots.

With Booth’s official return came Room101 Farce, which he called in 2018, “the beginning of a new era.” As for the name ‘Farce,’ Booth has kept tight-lipped about it, so we’ll leave that to your imagination. Additionally, the blend features an impressive 5-country recipe, especially considering that mixing tobaccos from just two or three different countries can be a challenge in itself. 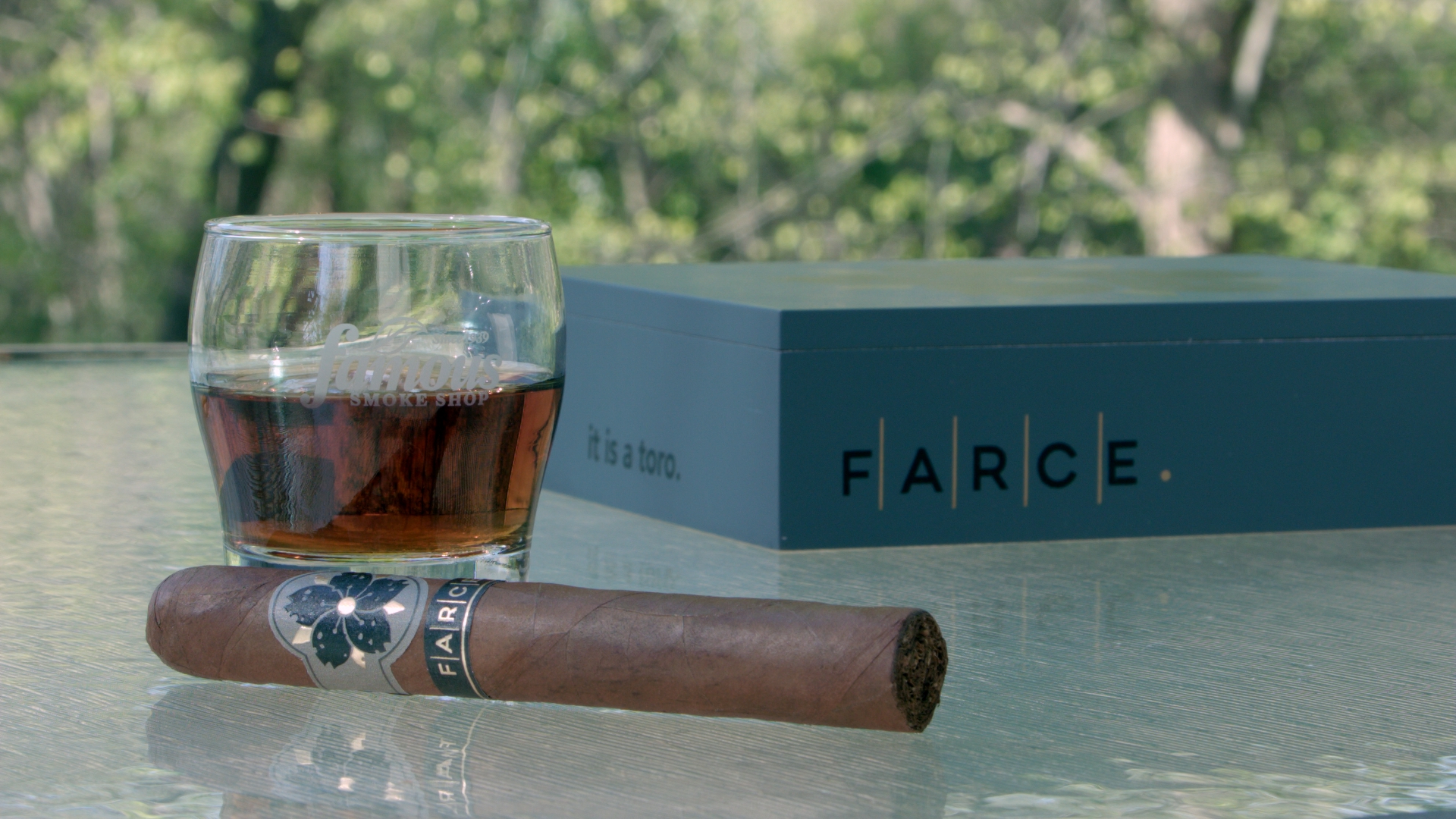 Room 101 Farce cigars are presented in the following sizes:

If you’ve given this blend a burn, let us know what you thought in the comments below. 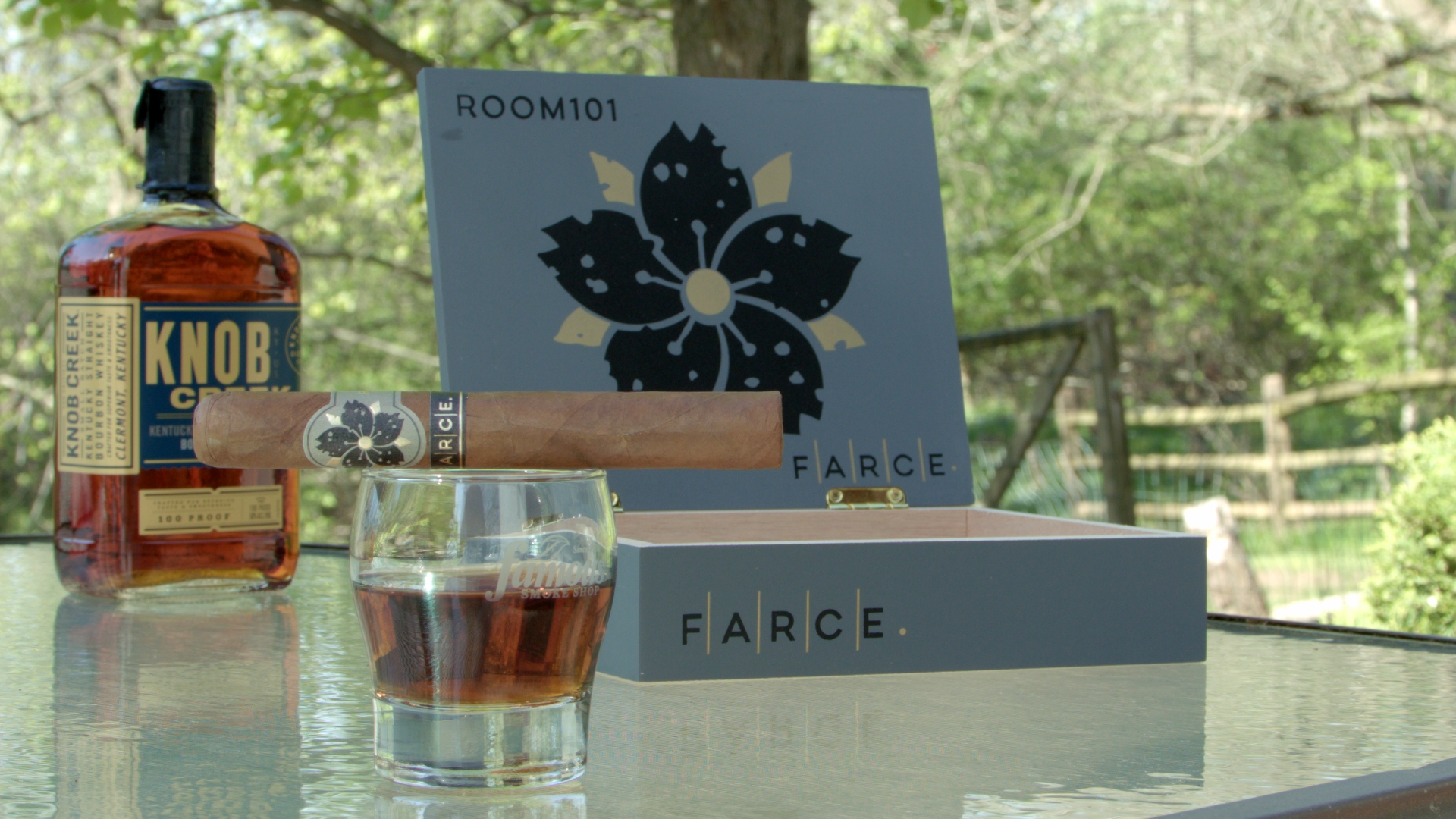 Room101 Farce began with me thinking “I don’t think I’m gonna like this” and ended with me incredibly satisfied and happy that I stuck around.

To my palate, Farce has two very distinct acts. The first is what I’d expect from a Habano: woody, some citrus, coffee, spices, and pepper. The second wasn’t what I expected: rich notes of a darker sweetness that sits comfortably between molasses and brown sugar, a refreshing floral sweetness, and then a finale that is mouthwateringly savory. 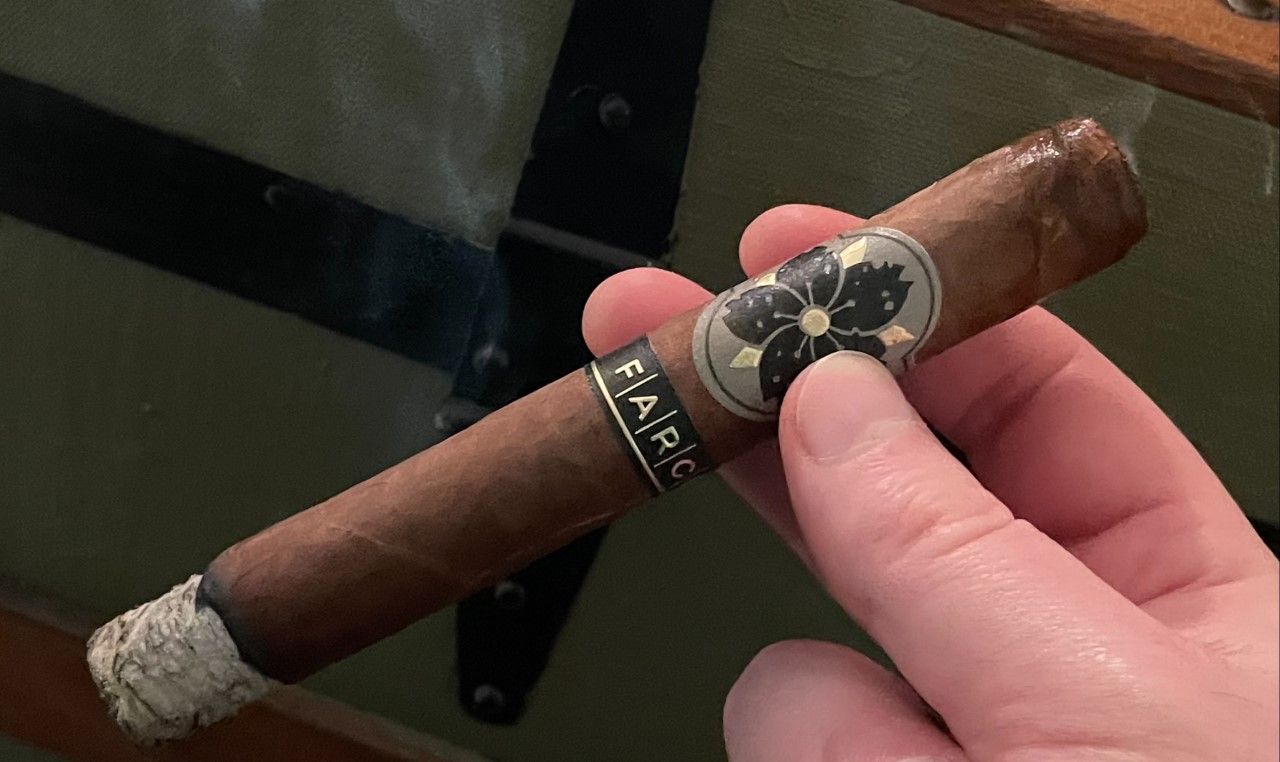 Something else that I didn’t expect…a Habano to have as little spice as this. We talk a lot about cigars that are big on flavor without being big on bite. And for all you out there turned off by pepper, this gives you the full-bodied experience without burning your throat or nose.

Room101 Farce exhibits quite a bit of sweetness, but it’s never overpowering, and given that its first half doesn’t give much at all, I’d recommend sipping on something sweet. My recommendation is a summertime favorite – Shock Top. The citrus elements in the beer will complement the citrus in the first half while boosting the sweetness of the second. Just add clear skies and sun and you’re golden.

Construction and Overall Appearance: A beautiful looking Toro that appears bigger than its 6”x54 dimensions, yet feels balanced in the hand. Ecuador Habano wrapper is seamlessly rolled, very clean, and has the appearance of a polished, brown leather belt. The triple cap is also perfectly applied and clips easily resulting in a perfect circle.
Draw (airflow): Perfect.
Pre-light flavor (cold draw): Mostly nutmeg.
Toasting & Light:  The cigar lights easily offering initial notes of woodsy earth, peppery spice, and sweet tobacco.
Base flavors: Nutmeg, cinnamon, brown sugar, oak, black coffee.
Retrohale: Spicy but not too peppery or overly sharp.
Aroma: Very sweet and floral off the wrapper, while the foot smelled woodsy spicy. The smoke  itself was spicy, nutty, and floral.
Burn / Ash Quality: Superb. This cigar not only burns slow and evenly, it produces very long and firm ashes.

I was very impressed with the Farce Toro because it has that sweet-spicy flavor profile I love. That’s number one. As I said in the video, it reminded me of a Perdomo 20th Anniversary Sun Grown, which is true. But for a one-to-one comparison in size and strength, I actually think it’s closer to the Perdomo Reserve 10th Anniversary Sun Grown Epicure. So, if you need a base line, there it is.

The smoke is medium in body and strength during the first two thirds, then cranks it up a bit in the final third to a more full-bodied smoke, yet the strength remains in the medium range. 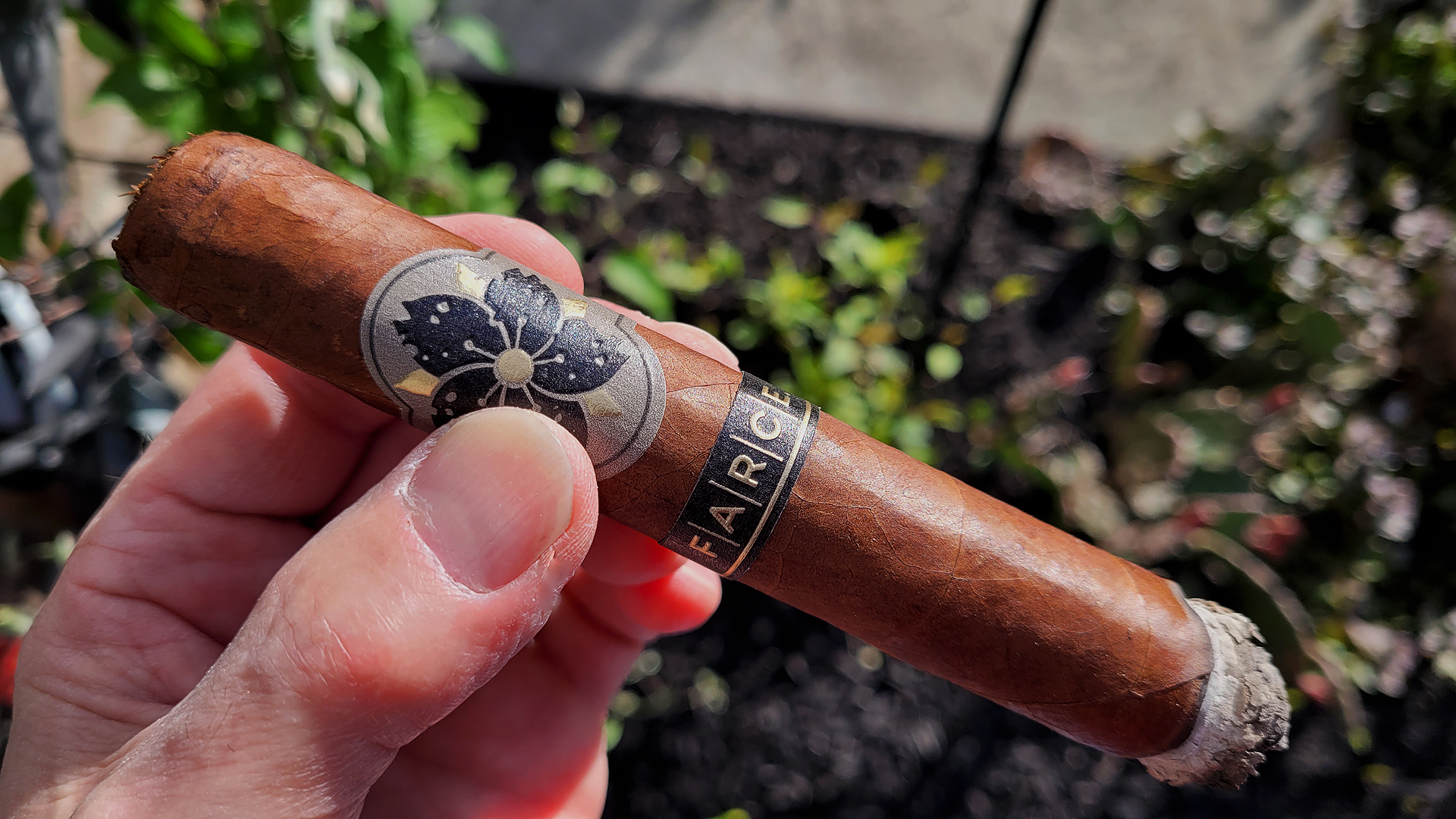 I was also impressed with how the tobaccos don’t just burn, they simmer slowly revealing mostly grey and remarkably long, firm ashes.

The smoke is chewy, creamy, and loaded with nutmeg, cinnamon and other baking spices, plus some oakiness, and something in the neighborhood of molasses or brown sugar. Some flourishes of earth and peppery spice arise, as does black coffee. On top of that you have a nice spicy-nutty-floral aroma.

Suffice it to say...The Room 101 Farce Toro is a terrific late day, after dinner, or when you can spare two uninterrupted hours to smoke it cigar. It’s that refined, and it deserves your full attention. Additionally, cigar smokers at every level will get a lot of satisfaction from this cigar, so go for it.

Out of the gate, the Farce establishes itself with smoky wood and pepper; into the first 1/3 and it’s turned toasty, with a cool and crisp herb-y quality (think mint, but without the snap). Into the second 1/3 and the smoke still tastes toasty, but in more of a nuts and earth way. That sweet cookie taste still makes the occasional walk–on appearance. 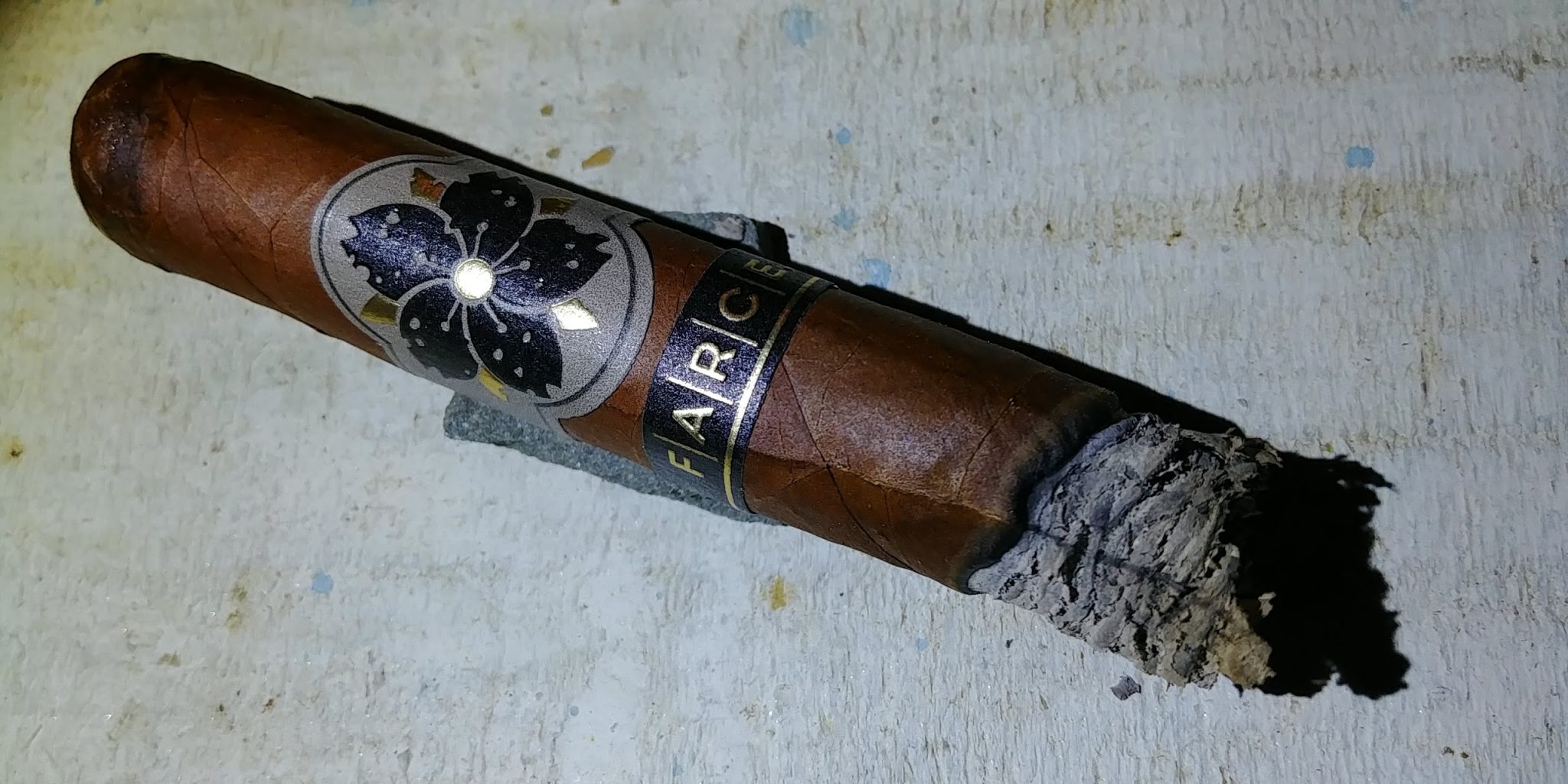 The transitions don’t go unnoticed, so yeah – I’d say the Farce has a bit of complexity to it.

But the bigger story is this random “baked goods” brand of sweet that comes throughout the smoke.

In all, it’s a nearly 2-hour Toro that I can say some really nice things about. The Farce has some enjoyable flavors, and body gets more full by the end. So if you’re looking for a cigar that’s got some meat on the bone, but don’t want a tongue-biting pepperfest – give this Room101 a run.

Very good cigar . It’s got some solid complexities that are very favorable for my palate..It paired up quite well with a glass of Maker’s Mark. Definitely will be buying this cigar again.

Read More
Cigar Buying Guides
Partagas cigars are one of the most famous names in smoke. Dating back to 1845, Partagas has a rich Cuban heritage; yet the subjects of our Tasting Guide, the 6 Partagas made outside of Havana – please palates worldwide just as well. Click now to see notes, reviews, and get the full Partagas experience in this Guide!
Read More