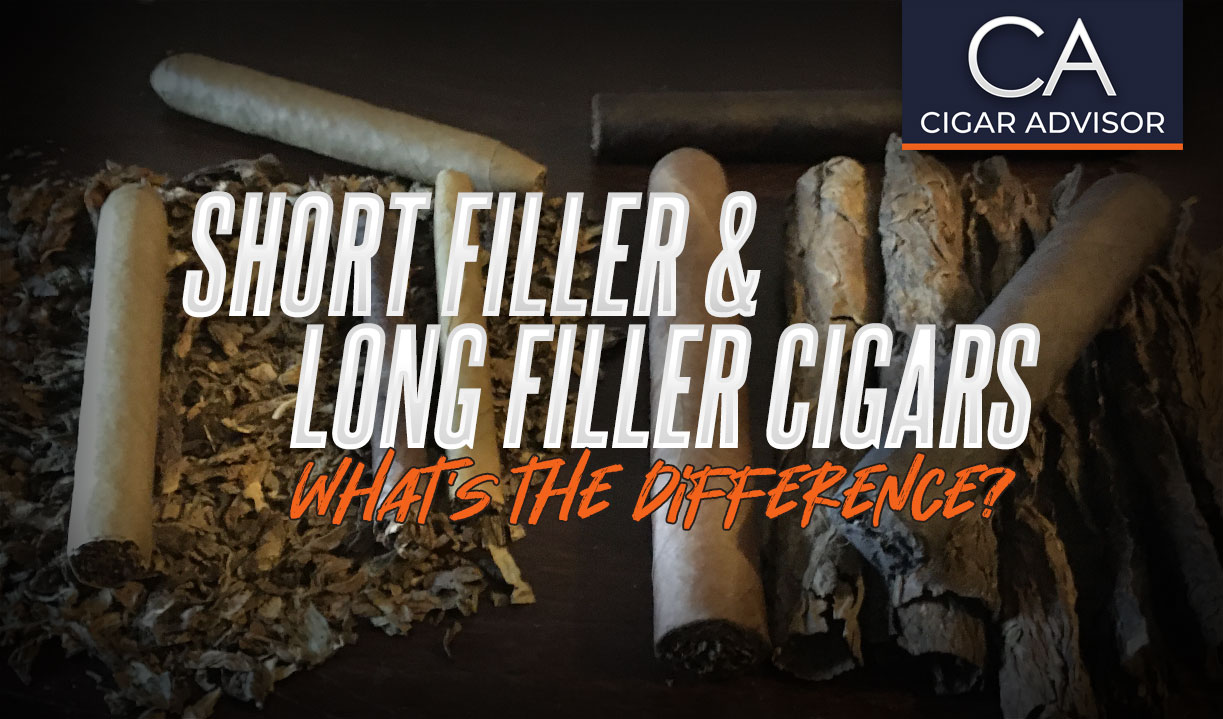 The Difference Between Short Filler and Long Filler Cigars

It’s one of the most commonly asked questions by new cigar smokers: What’s the difference between cigars made with long filler and cigars made with short filler? Seems pretty obvious, doesn’t it? But there’s a lot more to it than that. 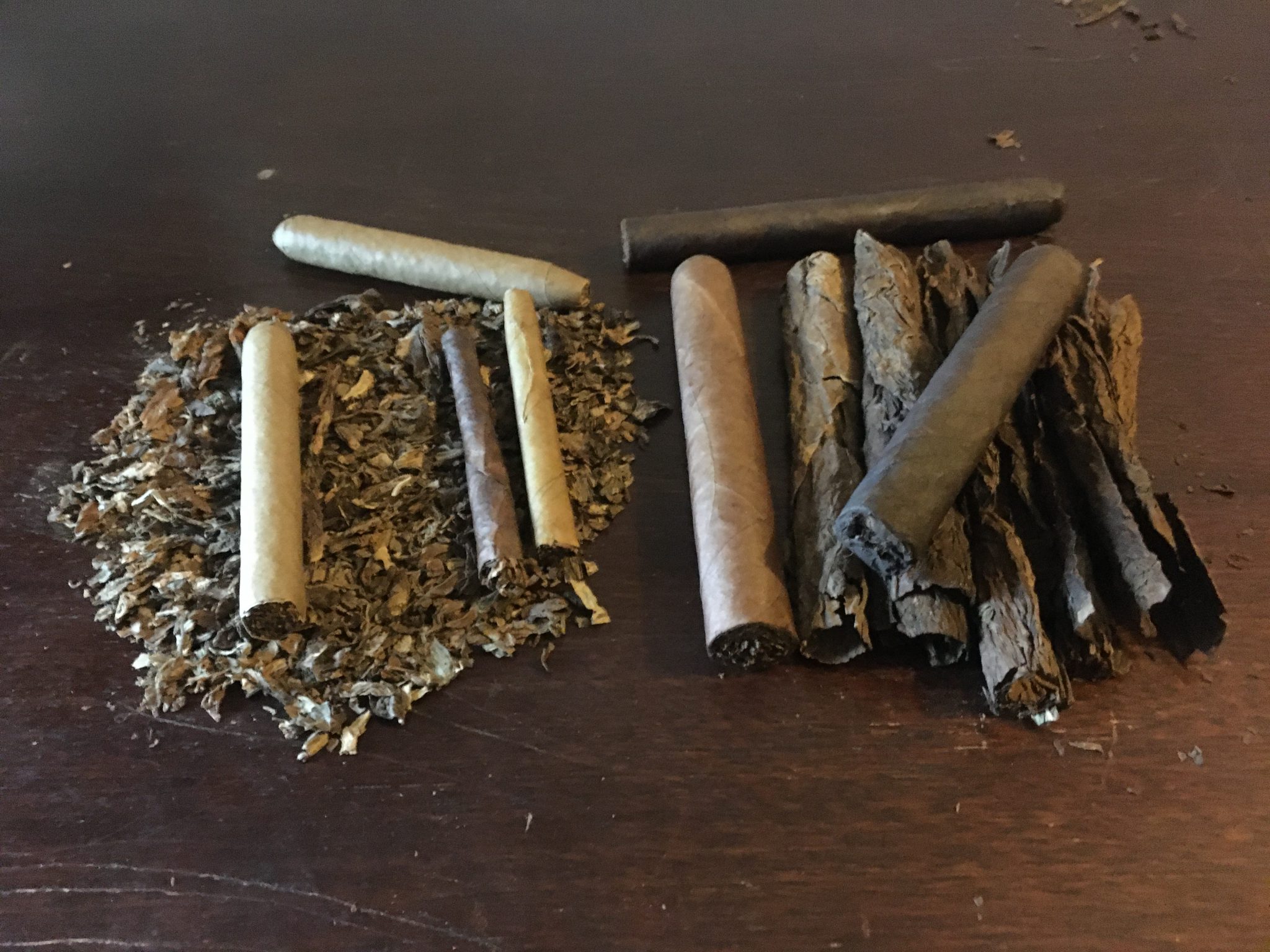 Long filler tobaccos are designated by the Spanish word, tripa. You may even see this word occasionally in a blend description. Additionally, long filler blends are known as “premium cigars.” Premium cigar fillers consist of whole tobacco leaves that are placed throughout the entire length of the cigar, like the Arturo Fuente Hemingway Classic, for example.

Note that depending on the cigar’s dimensions or the number of tobaccos required for the blend, some leaves are folded or stripped to shorter lengths. But they are still defined as long filler premium cigars. 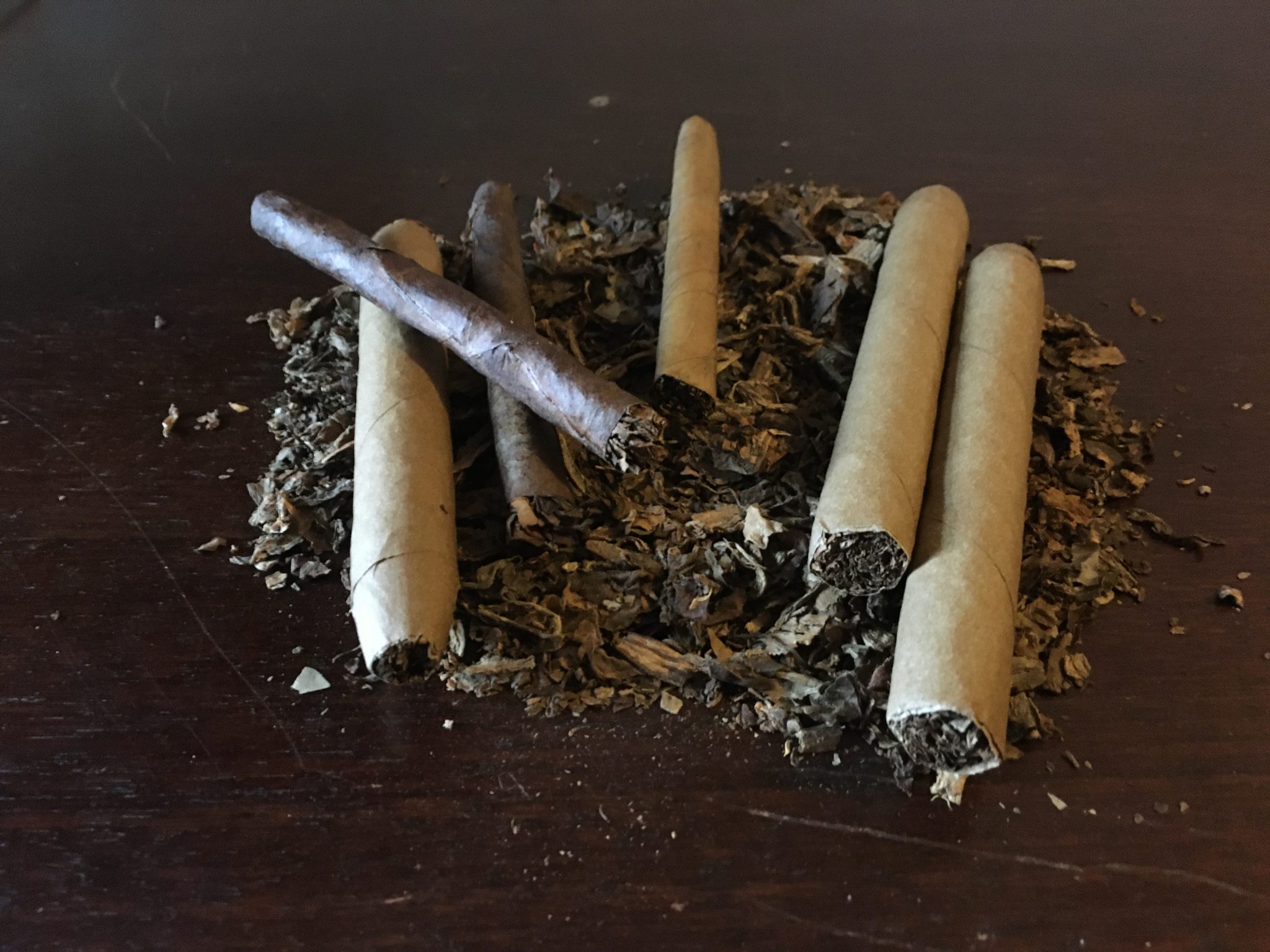 Short filler tobaccos consist of chopped scraps of leaf known as picadura in Spanish, or “chop.” Chop is mostly used in machine-made cigars, like the Garcia y Vega Presidente, as well as brands like Dutch Masters and White Owl, among others.

How do long filler and short filler differ in quality?

One of the reasons long filler cigars are designated as “premium” is because the filler leaves come from tobaccos that have been cured, fermented, and aged to achieve the peak of flavor. For that reason alone, long filler cigars are higher in quality than short filler blends since more time and care has gone into them. Additionally, many of the leading cigar manufacturers like Aganorsa, Plasencia, Perdomo, C.L.E., and Davidoff, to name a handful, plus many others, have combined state-of-the-art farming methods with time-honored family traditions.

That’s not to say there aren’t some inferior quality long filler cigars, because there are, and you’ve probably smoked a few of them by now.

Short filler cigars usually are made from leftover tobacco from the production of premium long filler cigars. Due to the nature of chop, it’s far less expensive. And because it consists of tobacco pieces rather than longer, more leafy fillers, it’s easier and cheaper to make short filler cigars by machine. There’s often no specific country of origin for the tobaccos in many short filler cigars, and practically all machine–made cigars use sheetfed homogenized binders which add little or nothing to the blend’s flavor. 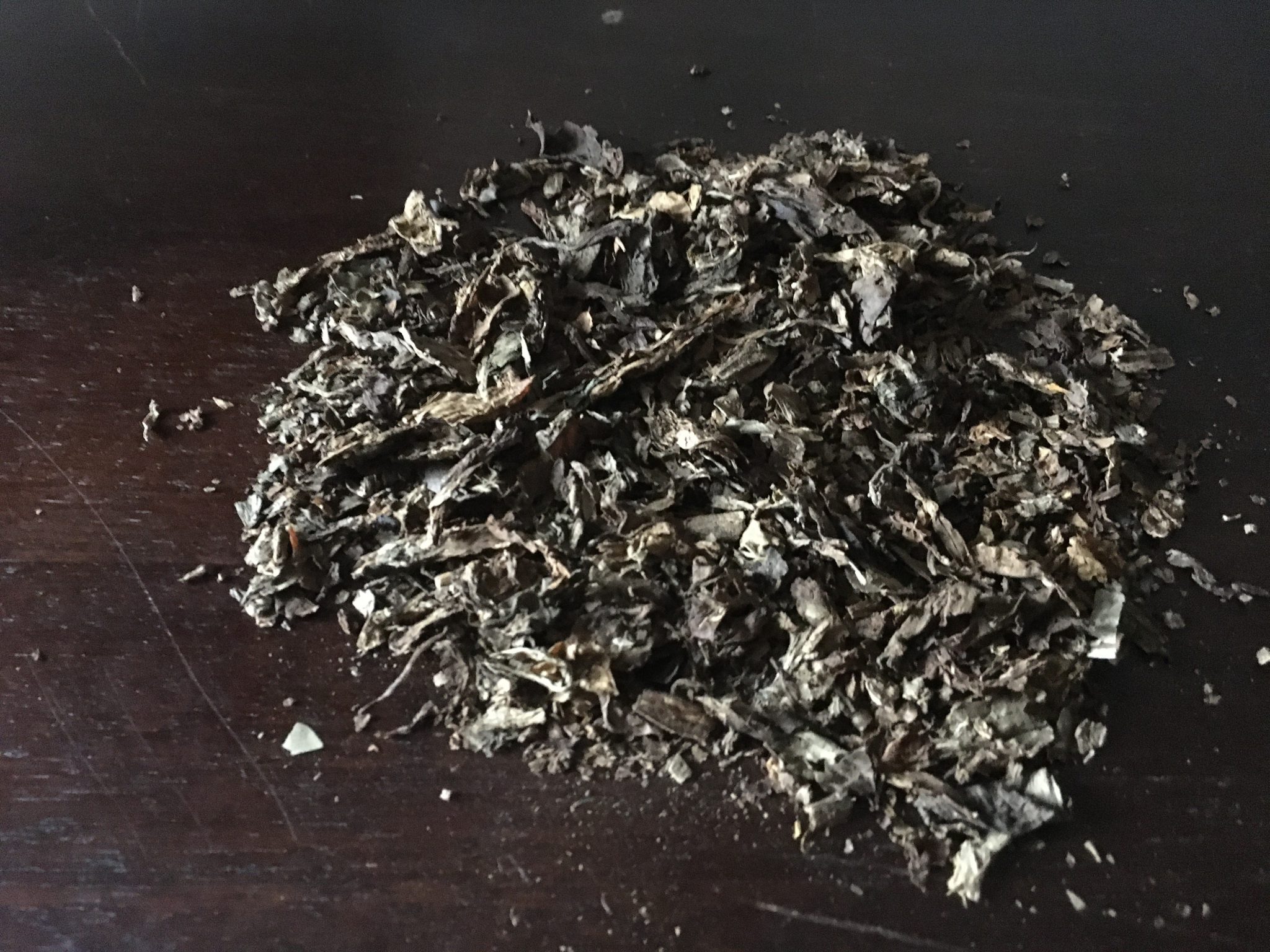 But there are exceptions.

You bet. Due to the chopped nature of short-filler machine-made cigars, these blends tend to burn rapidly. Plus, you have the homogenized binder, which is almost like paper, so these cigars not only burn faster, they can also burn hotter and develop a harsh taste.

The binder that surrounds long filler tobaccos is designed to control the rate of the burn and keep the cigar burning evenly. All combined, the flavors in the tobaccos will caramelize better, too. 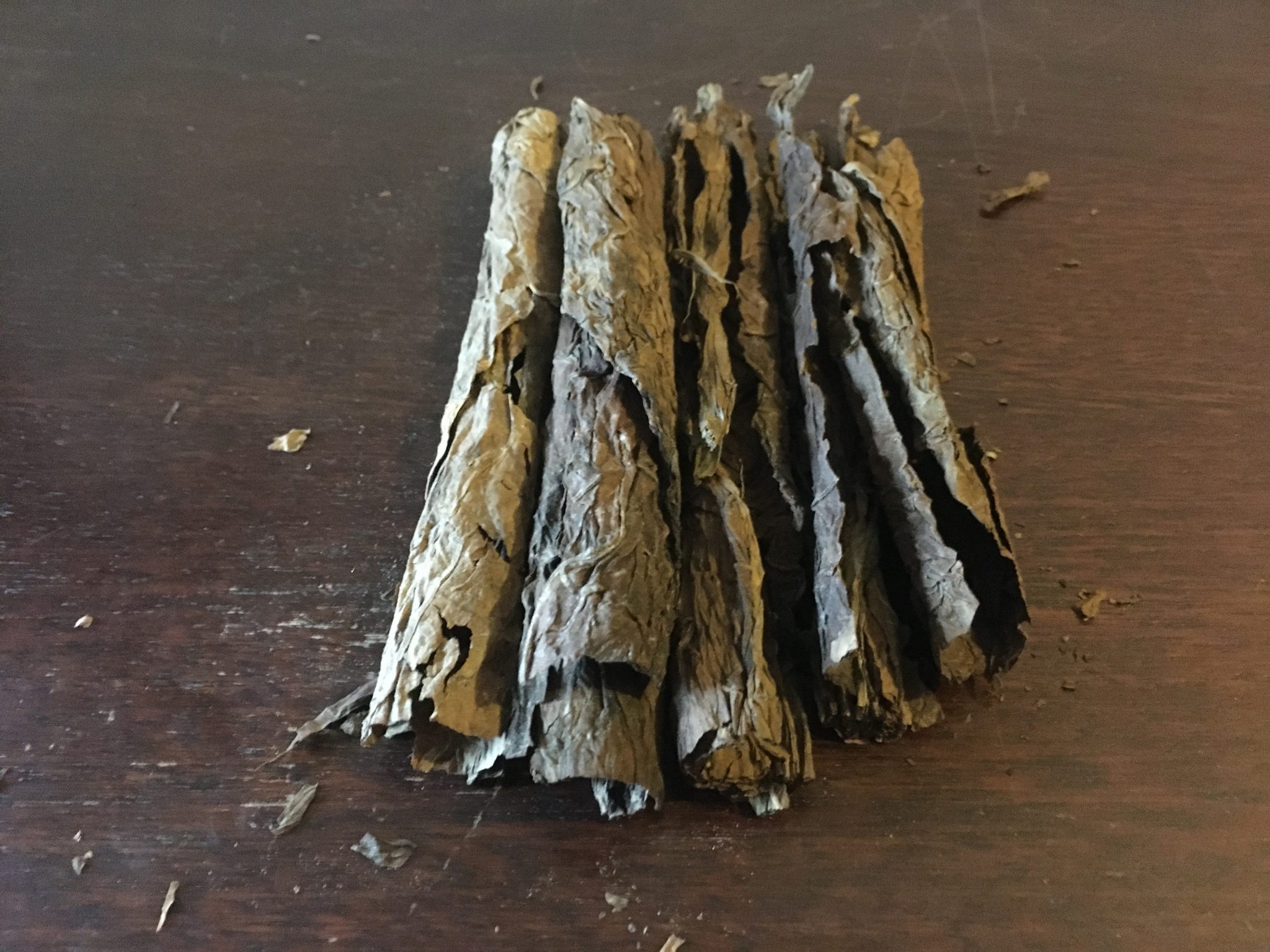 How you smoke a cigar also affects the burn rate, but short filler, due also to the fact that there is more air between the pieces, tends to burn faster and hotter than long filler.

How do long filler and short filler differ in flavor?

Cigars handmade with long filler are typically more desirable to the avid cigar smoker. The consistency and slower burn of carefully fermented and aged long fillers can help the flavors more naturally caramelize, add complexity to the mix, and reveal a desirable aroma. Short filler cigars also tend to be mellow in strength, whereas long filler cigars offer a much broader range in strength as well as body.

That’s not to say that machine-made cigars aren’t flavorful. Certainly, short filler cigars are much cheaper in price, and outsell premium long filler cigars by a long shot—it’s not even close, folks. It really depends on what you want from your cigar smoking experience. Although some machine–made cigars are well made, for the true enthusianado, long filler blends are more like the difference between fine vintage bottled wines, and wines mass-produced to be sold in boxes.

I prefer the short filler for a walk, especially when it is on the windy side. I find they burn more evenly.

Are all short filler cigars machine made or are any of them hand made?

Read More
Cigar Makers
Ernesto Perez-Carrillo's La Gloria sparked the 90s Cigar Boom, and he continues innovating today under the flag of EPC Cigars. But what were the premium cigars that, over the years, influenced and inspired him - and played a key role in his success? Ernesto revealed the list to us, and his answers may surprise you...
Read More