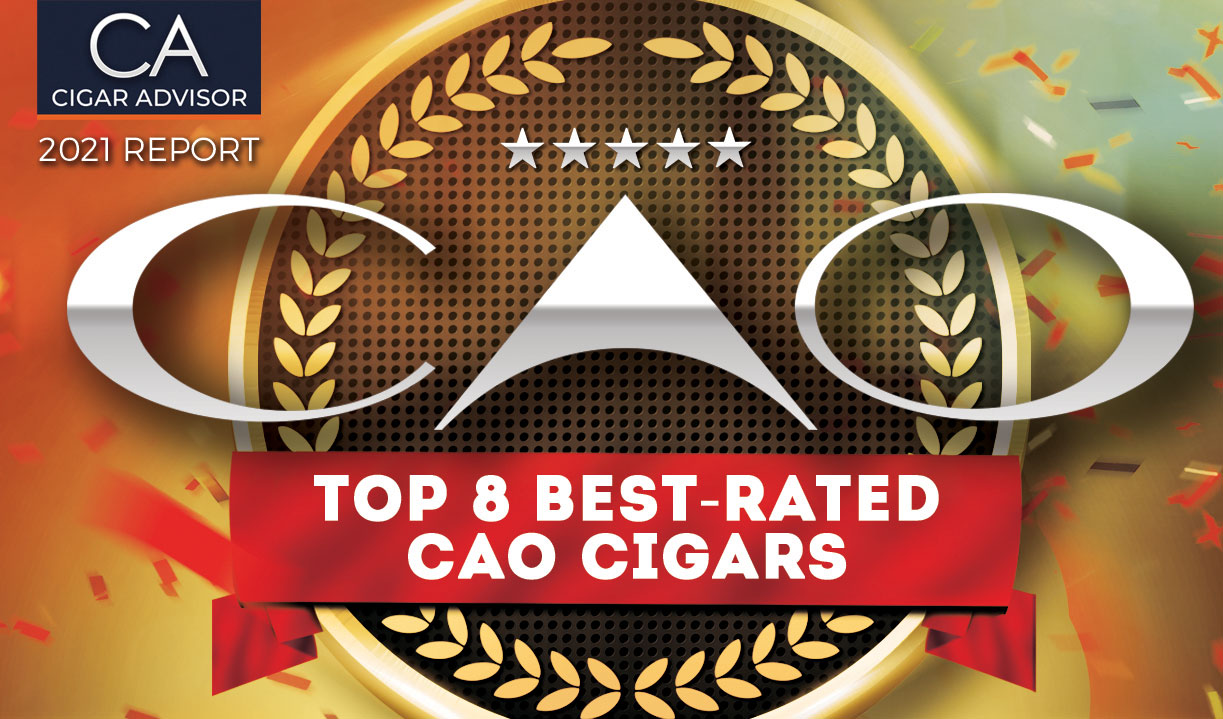 A Brief History of CAO Cigars

Old enough to be a classic, but new enough to turn heads for the latest generation of cigar smokers – that’s CAO Cigars in a nutshell.

On a funnier note – they’re probably among the most mispronounced cigar companies. Some say it like “cow.” Others like the Italian salutation, “ciao.” Both are wrong, though, which makes this a good time to talk about Cano Aret Ozgener. Notice his initials? C-A-O. And that’s exactly how the company name should be said.

Cano was a cigar and pipe enthusiast and got his foot in the door by modifying pipes for his friends in the 70s. By 1980, he was making and selling his own. Cigars followed shortly and his most successful blends were Maduros with richer flavors that answered the demands of a bustling cigar consumer renaissance. A slew of rave reviews on those Maduros rocketed CAO into a household name by the early 90s.

Since then, the CAO brand has grown exponentially. So much so that in 2007 they were purchased by General Cigar, where Rick Rodriguez took over blending for the brand. And as you’ll see below, Maduros are still very much their strong suit.

These cigar reviews aren’t about us. They’re about you.

Take your pick of any uppity cigar magazine these days. They take one person with smoking experience and put a pen in their hands. They tell you the good, bad, and ugly about each cigar they review and then slap a number on it like a quiz grade.

There’s no doubt that cigar reviewers have knowledge and experience that can help you decide whether you want to purchase a specific cigar, but the bottom line is that their palate isn’t your palate. They’re still just one person.

The ratings in this guide focus on consumer ratings; you know…people who actually bought the cigar and don’t receive ad revenue that makes them think twice about posting something negative.

Each blend featured in our Best-Rated series must meet a minimum average of 4.5 stars across a minimum of 10 reviews. Whichever cigars customers rate the highest get highlighted. No bias. No bullshit. Just an aggregate of ratings that matter like we’ve done for other brands in the past. And we didn’t stop there. We also required each cigar to be under $10 per stick (at publication date) based on the box price. You simply can’t lose!

Rocco C in NJ says: “Flathead 660 is a great stogie for after dinner with a fine bourbon or rye.”

Once again, CAO proves its Maduro prowess with the ultra-popular Flathead series. And they certainly went for the potent stuff. Broadleaf wrappers, Ecuadorian-grown Connecticut Habano binders, and long leaf filler tobaccos from Nicaragua. Big ring fans have taken a shine to the beefy, box-pressed v660 Carb, a 6” x 60 that smokes long, smooth, and spicy. I’m with Rocco on smoking it after dinner as the full-bodied notes of earth, sweet spices, dark chocolate, and pepper hit the spot when your stomach is full. If you’ve yet to dip your feet into bigger cigar sizes, this might be the one to try. It’s hard to argue with a perfect score.

Weldon W in IL says: “Once I got used to the mouth feel, this cigar did not cease to amaze me. Consistency is the key. The robust flavor is great from start to finish and it burns very well. Two thumbs up!”

Speaking of perfect scores, Flathead’s sequel, CAO Flathead Steel Horse earns another with Ape Hanger. The unique mouthfeel that Weldon’s talking about comes from the feature that gives the series its name – a flat cigar head instead of the typical dome shape. Steel Horse’s blend goes even deeper with tobaccos from Honduras, Nicaragua, Brazil, and the Dominican Republic, along with a lush Connecticut Habano Oscuro wrapper. And from them, you’re awarded flavors of chocolate, espresso, sweet wood, and warm spices. Just make sure you have a punch cutter ready for these Flatheads, as a traditional cutter won’t do.

CAO Brazilia is the type of smoke that makes an Opus X nervous. It has nearly unrivaled success and is by far the most popular  Maduro cigar out there. So…what’s CAO’s secret? For starters, a rare crop of well-aged Brazilian Arapiraca wrappers atop prized tobaccos from Nicaragua in its core. But even more than the tobaccos are the flavors which have remained consistent since 2001. We’re talking exotic spices, coffee, cedar, pepper…and that’s just the short version. If I could only pick one Maduro to smoke for the rest of my days, CAO Brazilia would be an easy answer.

Jason L in CA says: “It’s like playing football while riding a buffalo and listening to American Pie by Don McLean.”

Jason gets it. Cigars don’t get more ‘Merica than CAO America. This barberpole has been a major hit at summer holiday picnics, but it’s not merely a novelty to go along with the fireworks. A blend of dual Connecticut Broadleaf Maduro and Connecticut Shade wrappers embrace a heart of long filler tobaccos from Nicaragua, Italy, the U.S., and the Dominican Republic – making this a full-bodied treat that oozes delicious complexity any time you smoke one. And for those who like ‘em big, the Potomac size boasts a hefty 56 ring gauge that produces ultra-creamy smoke for about 90 minutes.

In addition to the CAO Moontrance flavors John points out, there are layers of peach, cherry, honey, and citrus throughout these little treats. They’re satisfyingly smooth and perfect for skipping the calories on dessert while still indulging your sweet tooth, thanks to a sweetened tip, and naturally sweet tobaccos like its African Cameroon wrapper. And if anyone joshes you for smoking it, tell ‘em to kick rocks…because the rave reviews on it are like a wrecking ball through the wall of stigma that surrounds flavored and infused cigars. My favorite part – they take only 15 minutes to smoke. And that makes traffic between errands infinitely more bearable!

CAO Cameroon doesn’t just earn high praise from the cigar rags; it earns them from you. Genuine African Cameroon tobaccos in the wrapper position are married to a Nicaraguan binder and filler for a result that’s as satisfying as it is smooth. Jimmy hit it on the head, so much so that we should probably hire him. And though it is medium-bodied, it’s also full flavored with notes of cedar, cocoa, coffee bean, spice, and a flowery sweetness. So if you’re all about taking your taste buds on a ride without being pummeled by pepper, CAO Cameroon will satisfy to the nub every time.

Jake in WA says: “This is quite possibly the best cigar I have ever smoked.”

High praise from Jake here, but I get it. CAO Mx2 was my first cigar. I didn’t want to seem like a newbie lightweight and I just went for it. The fact that it didn’t hit me as hard as I expected was a decision that transitioned my cigar experience from curiosity to passion. So…the name…Mx2. It means dual Maduros, which is exactly what you get. Connecticut Broadleaf Maduro on top. Brazilian Maduro on the bottom. Together, they produce an extraordinarily sweet and zesty profile that is complex, velvety smooth, and gives you that full feeling you get from a really hearty smoke.

Brody W from OR says: “Didn’t expect Italian tobaccos to be all that good but dayum! This thing is my new daily smoker now. More please!!”

Brody makes a good point. When was the last time you had an Italian cigar? CAO Italia uses Italian Habano tobaccos in the filler from seeds that were imported from Cuba over 50 years ago. Additionally, they add tobacco from Nicaragua, Peru, and a Honduran Habano wrapper that boasts rich flavors of sweet earth, spices, nuts, black pepper, and a pinch of citrus zest. We found that the blend sits between medium and full-bodied, making it a great cigar to pair with lunch on the patio, or even a pre-meal appetizer at your next cookout. No matter when you decide to smoke it, I’m confident you’ll be pleased.

Only one that’s steadfast in my humidor from CAO Is the la traviata . Not sure why I haven’t tried the ones listed but this one works for me very very well

Agreed! La Traviata is a great smoke. Let me know if you ever give any of these blends a shot and thanks for reading!

Hey every one. Most of my smokes are CAO. My favorites are the MX2, Brazilia, LX2 when it was around, as well as the full line of pipe tins and cigars. Bravo CAO

Erik, Thanks for reading. All excellent choices!

Richard, Flatheads are among my favorites, too. Thanks for reading!

i think the box pressed Brazilia is head of the class. Something about the box press concentrates the flavors and makes them more available..

Another to try is the CAO Pilon in the Toro size! Awesome medium to full body stick with what to me is a leather/cocoa/ espresso profile… very nice with an iced coffee bevy!!!

Thanks for reading. I have enjoyed many Pilons over the years, but never had one with iced coffee. I’ll make sure to try it!

Love the Flathead 660, Brazilia and America. Flathead is my favorite and go-to stick with the other two always having a spot in my humidor and smoked on the regular. Tried the MX2 and although I’m a CAO fan, came away unimpressed with both flavor and construction. But that could have just been a one-off and a bad batch. The Session and Italia are on the agenda next.

Read More
Cigar Buying Guides
No Thanksgiving dinner is complete until the after-dinner cigar. But what will fill the gap between dessert and turkey coma? Try out these 10 top picks!
Read More