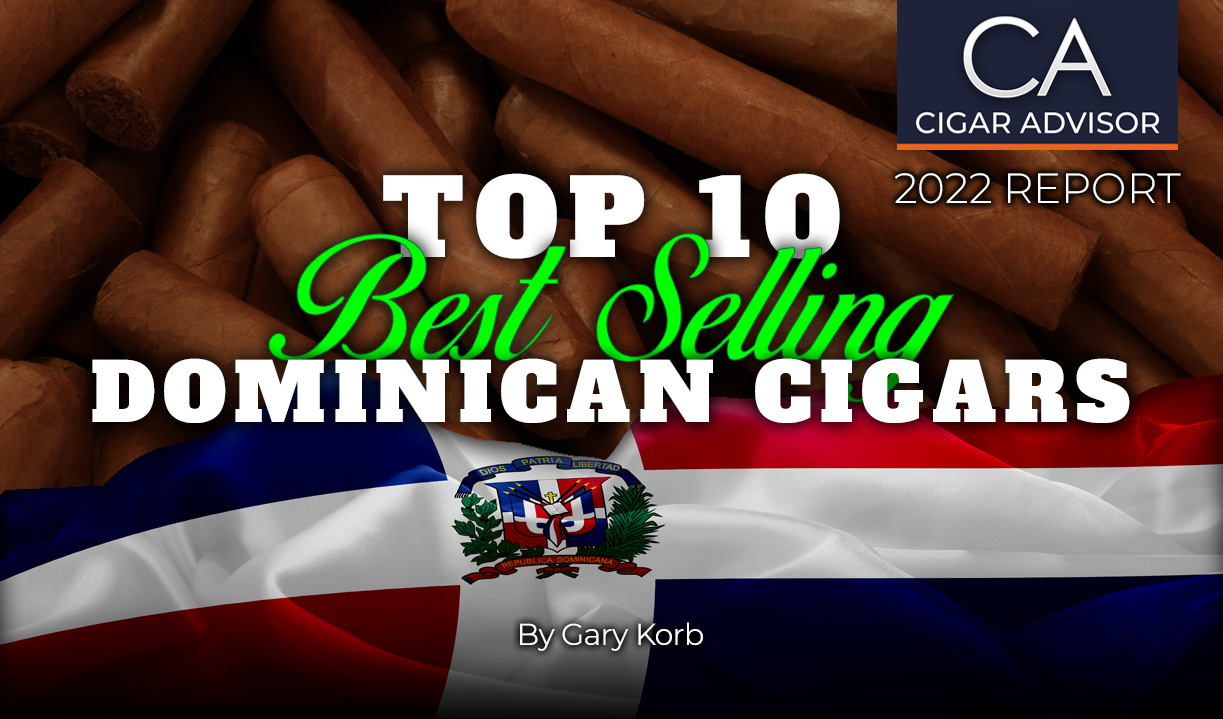 If you’re old enough to remember, there was a time when Dominican cigars ruled the premium cigar world. Brands like Arturo Fuente, Macanudo, and La Gloria Cubana continue to rank among the leading bestsellers, in spite of the fact that Nicaragua has become the new center of the industry for its bountiful tobaccos and cigar manufacturing.

Recent import figures also show that Dominican cigars are no slouch. In January of 2021 Tobacco Business published numbers from a December 2020 Bloomberg report stating that the “Dominican Republic was on track to export a record breaking $1 billion worth of tobacco products by the end of 2020,” a six percent jump over 2019 despite production issues caused by Covid-19. Almost one year later a December 2021 Cigar Aficionado story reported “the biggest gains coming from the Dominican Republic” in overall sales, adding that “Dominican shipments soared in August [2021], increasing 39 percent to 12.7 million units.” And as recently as January 6, 2022, Halfwheel reported that CAA estimated “338.491 million premium cigars [were] imported to the U.S. during the first nine months of 2021” with the Dominican Republic being “the second biggest exporter with 13.1 million premium cigars sent to the U.S.” 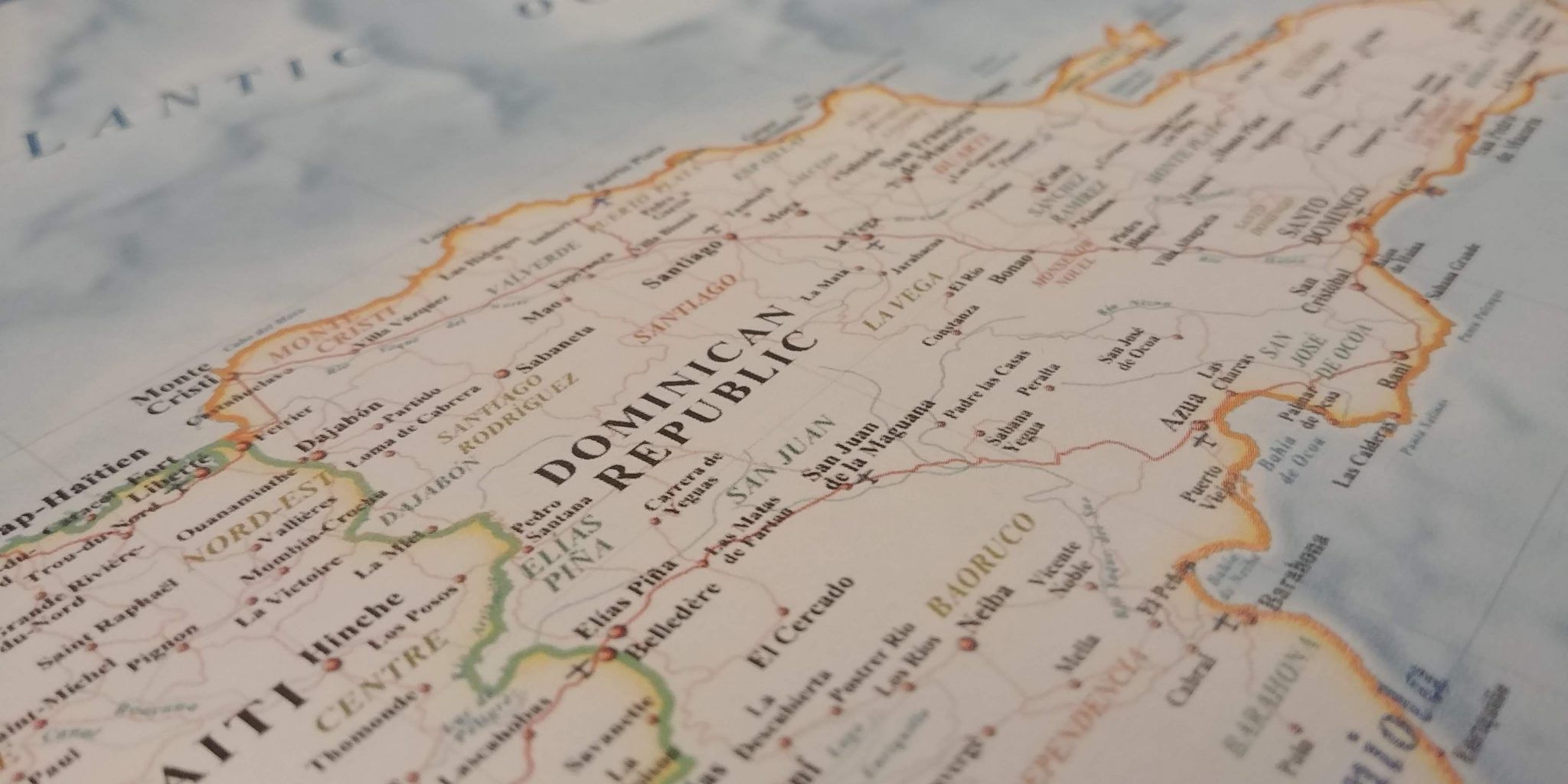 For many years the Dominican Republic was known for its so-called “milder” cigars like Macanudo, The Griffin’s, and the mainline Arturo Fuente. But as consumers started to seek out cigars with more body, strength, and complexity, Dominican blenders began working with tobaccos from other countries; Nicaragua in particular, in order to satisfy the demand. That said, the epochal Fuente Fuente OpusX cigar proved that you could make a bold and extraordinarily complex cigar entirely with Dominican tobaccos.

Eventually, all this blending and intermingling of tobaccos from other countries allowed Dominican cigar makers to produce cigars that would shed its “mild” notoriety and a number of heritage brands began to get with the program. Examples include Partagas Black Label, Henry Clay, Ashton VSG, Arturo Fuente Don Carlos, and Davidoff Aniversario, as well as many others producing outstanding cigars of every variety.

Although many of the cigars listed here fall into the more grass roots Dominican variety, they continue to rank among the leading bestsellers, many now considered classics, and I hope you’ll discover the reason for that as you smoke them.

It’s no surprise that the Arturo Fuente Double Chateau is cited among these chart-topping Dominican cigars. Ranking up there with another bestselling Fuente cigar, the 858 Flor Fina, the Double Chateau, in addition to its faultless construction, is distinguished in several ways: First of all, it’s rolled to 6¾”x50 in a flawless Connecticut Shade wrapper. Next, the core blend consists of the family’s private reserve tobaccos grown on their Chateau de la Fuente farm. Plus, it’s further distinguished by a protective cedar sleeve with a green silk ribbon at the foot. And talk about relaxing, the medium-bodied smoke is uber-creamy, delightfully nutty, and soothingly aromatic. Prized by cigar smokers at every level, it’s a “can’t miss” smoke.

Arturo Fuente enters the bestseller picture here again with the Hemingway Short Story. Their Hemingway line, named for the iconic cigar smoking American author, Ernest Hemingway, is distinguished by its perfecto shapes and exquisite African Cameroon wrappers. The longer models like the Hemingway Signature are superb, but the Short Story, at 4”x49 has been one of the most popular sizes for more than 30 years. The sweet-spicy smoke offers a well-balanced panorama of cedar, roasted nuts, and baking spices that later merge with fruity notes and peppery spice. And despite its diminutive size, with some patience, the Hemingway Short Story can dance up to 45 minutes. It’s one of those “must try” cigars that enthusiasts eventually get around too, and rarely, if ever, forget.

In another high profile brand made at the Arturo Fuente factory by an exclusive team of rollers, Ashton Cigars have amassed such a large and loyal following they’re constantly at the top of the sales reports. Take this Ashton Classic Churchill for example. At 7½”x52, it’s considerably larger than your average Churchill which makes it a favorite with both seasoned cigar connoisseurs and golfers alike. Handcrafted with Dominican tobaccos binder and filler tobaccos aged three to four years and seamlessly rolled in a U.S. Connecticut wrapper, the creamy smoke is mellow in character and yields well-defined notes of toasted almond, coffee bean, and cedar on a long finish.

One of Davidoff Cigar’s leading subsidiary brands, Avo Cigars arrived in 1988 and also catered to the epicurean set. Working with the cigar smoking maestro himself, jazz musician & composer Avo Uvezian, Hendrik Kelner did the blending honors and the band played on. This Toro-sized Avo Classic, the original blend, is pretty mellow by today’s standards but hits every mark in terms of its overall performance. Rolled in a plush Connecticut wrapper over finely-tuned Dominican binder and filler tobaccos—including a piece of 25-year-old tobacco—the smoke issues the legendary Avo creaminess along with layered flavors of cedar, nuts, and blaringly subtle spices. This cigar was born a bestseller.

It couldn’t have been easy for General Cigar, who registered the Cohiba trademark in 1981 for the U.S. market. But the Dominican-made “Red Dot” Cohiba, including the brand’s many other non-Cuban Cohiba iterations, has managed to acquire a devoted audience. One example is the Cohiba Toro Tube which has soundly earned a slot on the bestseller list. Medium in body, this deftly constructed cigar boasts a resplendent African Cameroon wrapper whose toothy exterior conceals a spicy Indonesian Jember binder and thoroughly-aged Dominican Piloto Cubano fillers. The result is a smooth, well-balanced smoke laced with notes of cedar, leather, toffee, light spice, and a subtle earthiness. The tube adds a bonus of protection making the cigar easy to both carry and store.

If you haven’t heard about the Pledge by EP Carrillo Prequel in the last year or two, where have you been? It was awarded the #1 Cigar of 2020 with… are you sitting down?… a 98 rating. No wonder this expertly crafted, box-pressed Robusto ranks among the world’s bestselling Dominican cigars. Whittling it down to six final blends, Ernesto Perez-Carrillo decided to go with a darkish U.S. Connecticut Habano wrapper that caresses a perfectly-aged core of Nicaraguan long fillers and an Ecuador binder. A fitting smoke when you can light it up sans interruption, the smoke is lusciously chewy, complex, and laden with rich notes of oak, leather, baking spices, sweet tobacco, black coffee and tart fruit. Even without its subjective ‘98’ rating, Prequel is a bona fide classic.

As perhaps the most seminal brand of the 90s cigar boom, today’s La Gloria Cubana cigars tap a wide range of smokers’ palates. But the Serie R, considered “one of the crowned jewels of the El Credito Cigar Factory” was a breakthrough for the brand offering wider ring gauges and bolder ligero tobaccos. And this bestselling No.7 is a great example of what the line is all about. Rolled to a formidable 7”x58 in an oily Sumatra wrapper with a core of hearty Nicaraguan and Dominican tobaccos, the No.7 delivers a medium to full-bodied, yet very refined smoke offering notes of roasted coffee, chocolate, and a heaping teaspoon of spice.

File under “Bestselling Mellow Classics.” It’s true. Just about a million Macanudo Hyde Park cigars are made every year because the demand for these 5½”x49 Robustos is off the wheels. Ideal as a “starter cigar” for the newly initiated, the Hyde Park Café is rolled in Macanudo’s legendary triple-fermented U.S. Connecticut wrappers, Mexican binder, and Dominican fillers. The smoke is delightfully creamy and cedary with additional notes of almond and light spices. Sure, the Hyde Park has been around long enough for other similarly blended cigars to steal some of its thunder. But when it comes to superior handcraftsmanship, perfectly balanced flavor, and a sweet aroma nothing beats the genuine article.

According to the numbers, the Romeo y Julieta 1875 Churchill is the most in-demand size in the entire 1875 selection. The only other cigar within the Romeo family that qualifies as a close runner up sales-wise is the Romeo Reserva Real Toro. The 1875 line, not unlike the Macanudo Café selection, also provides an excellent recipe for new cigar smokers. Medium in body, the smoke is a bit richer and spicier due to its proprietary Indonesian shade grown “TBN” wrapper, while the filler and binder are all Dominican. Smooth and well balanced, notes of cedar and leather lie at the core of the flavor pool while accents of baking spices and nuts provide backup. But what also makes this cigar a classic is that even smokers who have moved on to bolder fare continue to return to this quintessential Dominican favorite.

You call this the “12 Best Selling Dominican Cigars”, and one would think that title would refer to quantity sold. Yet you include a cigar like the Opus, a line that the Fuente boys make sure is nearly as scarce as hens teeth. And the Preferidos, at that price, they’re sold in quantity to justify a list of top sellers?

Don’t get me wrong, any of the list I’ve had are fantastic smokes and deserve to be on a list of “top Dominican cigars”, but again, I question the article title.

Don Carlos would be a welcome call in contrast to the astronomical pricing of the two listed Fuentes. The corona is a reasonable $8+

Reading Time: 8 minutes It’s the 2018 Cigar Journal Cigar Trophies: Read as we reveal to you – and give our take on – the winners for “Best Brand,” “Best Cigar,” “Best Value” and more, along with a few reasons why each cigar earned its trophy.