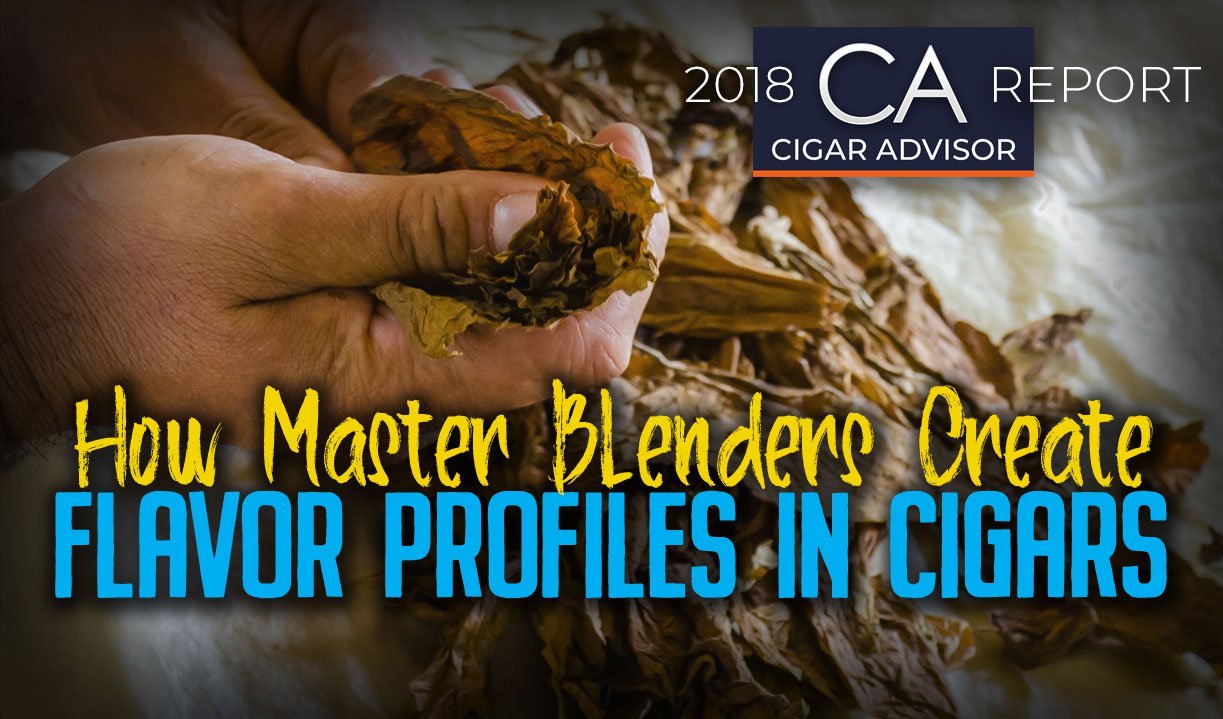 I’ve personally spoken with and interviewed a good number of cigar makers and master blenders, and the one thing that’s common among them all is that blending a cigar is NOT an exact science by any means, whatsoever.

Is it an art form then? Well, kind of. Does it follow some guidelines that all the blenders go by? Of course. Is it a lot of trial and error? Absolutely. You wanna try and explain this a little better, Zman? Gladly.

While there are of course basic rules to go by when making a new cigar, every blender I have ever talked to has their own way of approaching the process. Christian Eiroa of CLE told me he’ll often create a blend based on the mood he’s in that day. If he’s happy and feeling really good, he’ll make a smooth and flavorful smoke. If he’s in a pissed off mood, he’ll create something bold and kick-ass. Steve Saka of Dunbarton Tobacco says he starts with a goal in mind, meaning he’ll say to himself, “Today I’m going for strong and spicy, but I want it to be smooth.” Jose Blanco of EP Carrillo knows very well what the properties and attributes of many tobaccos are and like the professor he is, he’ll mix and match what he thinks will work well together.

Rafael Nodal of Aging Room has a bit of a different approach. He plays the piano and is a composer of fine music. Rafael creates a cigar blend much like he’s writing a musical piece – starting with an idea in mind and then lets intuition take over in developing the key notes. Much like an artist or a painter does, he says he makes cigars to appease his palate, a cigar that he would want to smoke. When he made cigars that he thought others would like, it never worked out. When he got his hands on some 9 year-old, oily and supple Sumatra wrapper, he experimented like a chef, mixing different ingredients til he finally got what he loved. And guess who else loved it? Well, the Quattro F55 was named the #2 Cigar of the year in 2013.

Steve Saka will tell you that yes, certain tobaccos do have definite characteristics and create certain flavor profiles, but he says that the nuances and the notes will often develop on their own and be what they want to be. So, he doesn’t really blend with flavors in mind, as much as what the character of the cigar will be. Some tobaccos play nicely with other tobaccos, and some don’t – but then again, a particular type of leaf from the Jamastran Valley in Honduras will have different properties than the same type of leaf, from the same exact part of the plant in Ometepe in Nicaragua. So ligero is not ligero, Seco is not Seco. “The good blenders understand this,” he says.  (As a side note, Steve says ligero is not always the powerhouse people think it is and that Viso is what actually creates a “stronger” cigar. Damn, the stuff you learn here, huh?)

Steve also says what separates the average blenders from the good blenders are those who fully understand the properties of different tobaccos. And what he means is that blending a cigar isn’t just about the flavor – how it burns and how it draws is equally as critical to the success of the final product. A cigar can have wonderful flavor, but if it burns poorly, you don’t have anything viable to sell. Case in point, is when Christian Eiroa attempted to blend the Triple Maduro, when he ran Camacho. He knew exactly what he wanted to achieve and had the right flavors down. But, because of the properties of the Maduro leaves he was using, he simply couldn’t get the damn things to burn right. Some nine months later, and hundreds of different iterations of the blend, he finally got what he wanted.

Another critical factor that Steve Saka requires in making a cigar, is sustainability – paying attention to the availability of the leaf from its source, so that in 3-5 years he can still make a cigar that tastes and smokes the same. You look at the Padron 1964 or 1926 Series and that consistency is always there. The same can be said for Perdomo Cigars, like the 20th Anniversary and the Habano. Nick absolutely prides himself on delivering exceptional cigars that are delicious and smoke the same year after year, and it’s one of the reasons why Perdomo has become one of the biggest players in the industry. His factory and farms are run with meticulous precision, which assures that lovers of the leaf will always get the same smoking experience time after time.

I think you’re getting the idea by now that creating a cigar blend is not at all an exact science. And while there are certain rules in making a cigar, it’s the blender’s individual tastes, beliefs, and gut feelings that guide a stick to its final outcome. After talking with so many of these people, I come away with the feeling that they are basically the equivalent to great master chefs, who toil in their kitchens, hours upon hours. A great cook starts with a dish in mind that has a main ingredient, and then he experiments with a number of different ingredients to bring his creation to life. It’s a lot of trial and error to see what works on the palate, especially when inventing a dish for a certain type of eater. I think he would develop a spicy seafood Fra Diavolo with the same kind of mindset that a cigar blender would create a spicy and peppery stick that’s front-loaded with ligero, and then smooths out nicely as the various flavors come out to play. While this is my own interpretation, I think it allows you to understand what a good cigar maker goes through. And, not for nothing, I am now starving and in need of a good after dinner smoke!

Below, find 8 cigars that have some big flavor profiles, with definitive notes and characteristics that really stand out. Let me know what you think about them in the comment section below, and by all means, add some of your favorites to the mix.

I’m calling this one medium to full, leaning towards the fuller side. While there is a really nice sweet spice component, the flavor of fresh ground coffee beans is pronounced throughout. SO much flavor.

That’s right, this cigar has a double wrapper which produces a very spicy, very sweet and very cedary profile. I get a lot of citrus on the back of the palate, and semi-sweet cocoa. This has become a regular in my rotation.

Laranja translates to orange (because of its beautiful color) and it has one hell of flavor profile with notes of cedar, spice, a little pepper, citrus, nuts, and a nice sweetness. Erik Espinosa cleared the bases with this shot.

It’s a perfectly constructed cigar made by the great AJ Fernandez and it smokes like a dream. Delicious notes of roasted coffee, wood and a sweet earthiness. Quite rich… outstanding.

I’ll go on record saying that this may be Rafael Nodal’s tastiest cigar to date (with the assistance of Nestor Plasencia). A complex smoke with dominant notes of coffee, sweet cedar, citrus and spice. Smoked it below the nubbing point and I want more.

Steve Saka is truly a masterful blender and this dark and oily beast is smooth and complex. Notes include dark chocolate, espresso, earth and a nice hit of sweetness on the palate. If you like ‘em bold, this one is especially made for you.

Christian Eiroa is the master of Honduran aged tobacco, and this Corojo is brimming with complex flavors. There’s a wonderful roasted coffee flavor along with a nice oakiness and just a hint of pepper and spice. Genius.

This revised blend introduces some super-tasty notes on your palate with a Nicaraguan mix on the inside and a gorgeous, reddish-brown rosado wrapper. It’s very woody and creamy, delivering some wonderfully pleasant flavors. Just a terrific new offering from Famous and the people at Monte.

When cooking you have an infintely huge variety of foods and ingrediebts to draw from, but a seemingly limited of leaves that you can draw from in creating a cigar blend(?) I was hoping to hear about the differences in the leaf selections, from filler to binder to wrapper and how are they chosen to help understand the creation of the differences in cigars, which seem ibnherently subtle.

Reading Time: 4 minutes Want to get the skinny on this week’s new cigars? Here are five of the freshest smokes around, from Upmann, AVO, Southern Draw and more – Check out the list now…