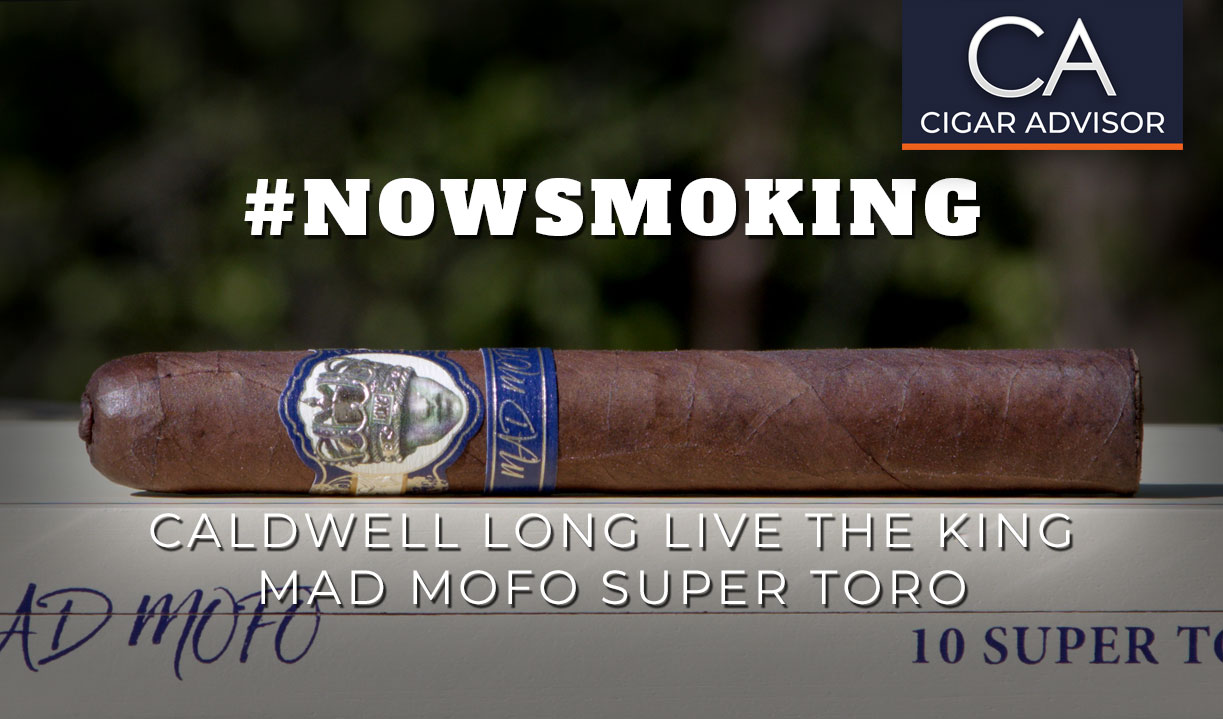 Presented in boxes of 10 cigars and singles.

The Caldwell Cigars Back Story

The Caldwell Cigar Company was created in 2014 by Robert Caldwell who set a very simple agenda: “Create special cigars using well aged rare tobaccos and to enjoy the hell out of what we do. It is a business built on friendship and fun. Our goals will always be: Creation, Innovation & Ambition.” 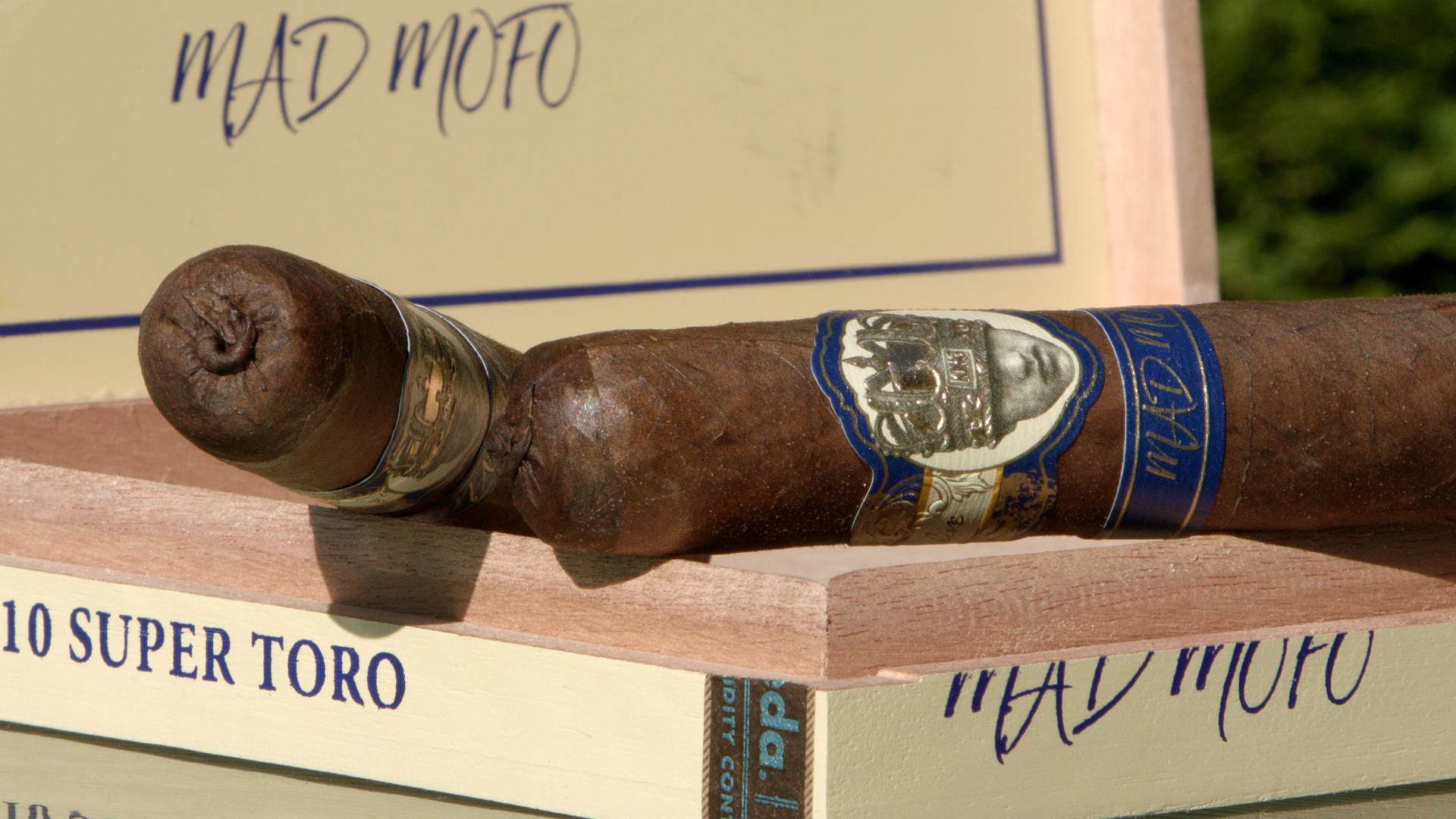 Caldwell cigars are known for using very long aged and rare tobaccos. Caldwell believes that extra-long aging is one of his company’s key ingredients. “Using tobaccos that are harder to procure, or more limited in nature can deliver a flavor that isn’t quite what you are used to,” adds Caldwell.

Back to the Beginning

Robert Caldwell’s first cigar-related enterprise began in 2008 with a hospitality cigar distribution company.  After that, he went on to manufacture private label brands for hotels and restaurateurs. The Wynwood Cigar Factory in Miami, Florida followed, and that venture led to work in the Dominican Republic. 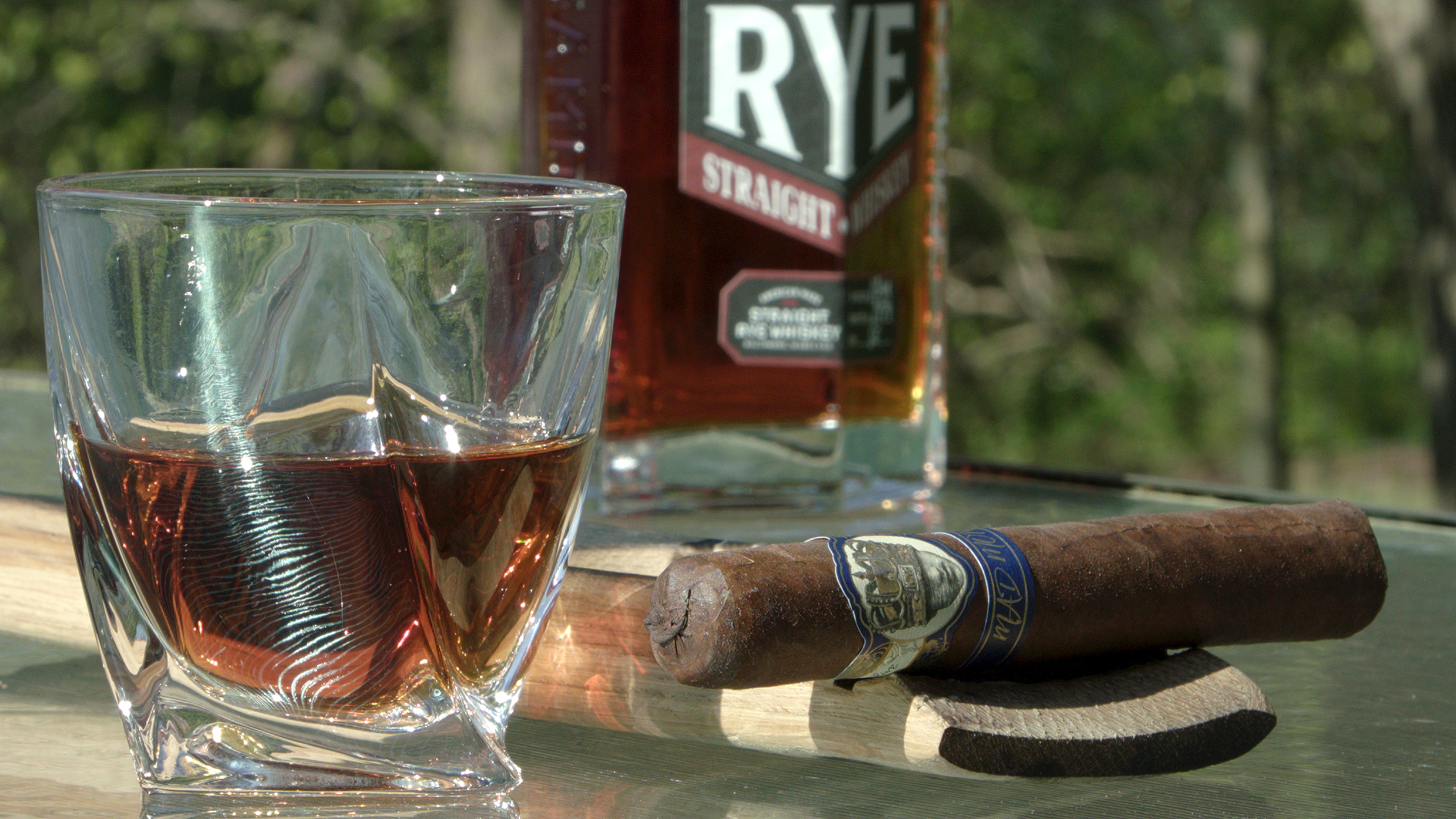 In 2014 Caldwell founded Caldwell Cigar Company and Down&Back Distribution. Long Live the King, The King is Dead, and Eastern Standard, were the three original lines introduced by Caldwell that same year. (The original Long Live The King cigars have a Dominican Corojo wrapper.)

Long Live the King MAD MOFO was released in 2018. The “MAD” in the name is short for “Maduro.” As to the MOFO part, the line was originally launched as the “MF,” but later changed to MOFO. 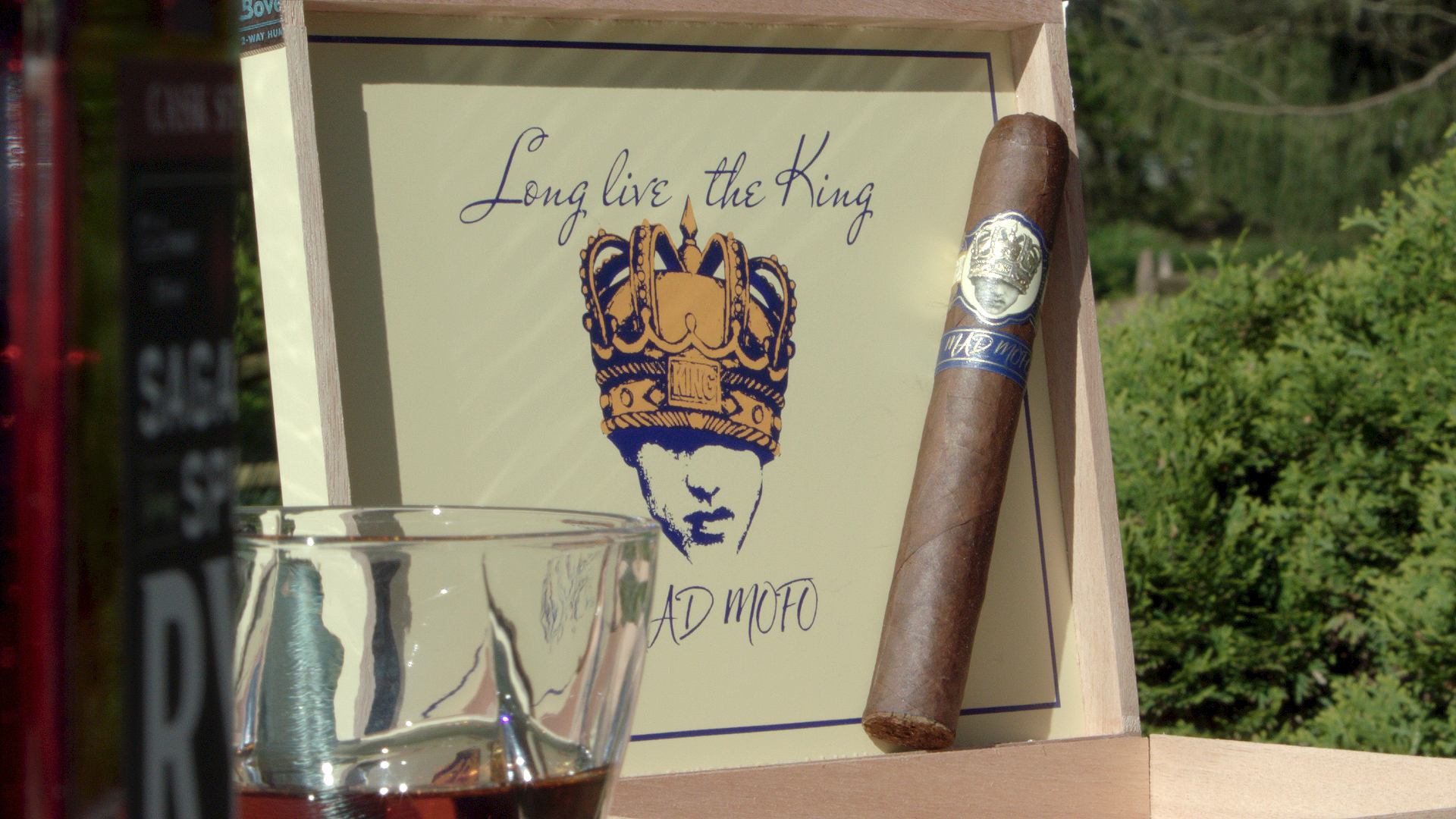 “We launched our brands with a very different approach,” said Caldwell in a 2018 Aficionado interview. “A refined, artistic, fresh kind of agenda in terms of our packaging. And we have energy—an energy that gets people interested. We were having fun.”

Construction: A beautifully made cigar adorned with a neatly twisted pigtail cap. The wrapper is even in color with few discernible veins and well packed. The cigar is appointed with double bands. The top band reads, “Long Live The King”, while the other reads, “Mad Mofo.” (If you look closely at the image of the face under the over-sized crown, I’m pretty certain it’s Elvis.)
Cold Draw: Twisting the pigtail didn’t produce enough exposed tobacco, so I clipped it thinly. The draw was perfect with a nutty and lightly sweet flavor plus some herbal notes.
Toasting and light: No problems. First few puffs were smooth, quite sweet, and lightly spicy with some herbal notes.
Base flavors: Light earthiness, sweet tobacco, herbs, light spices.
Aroma: Strong hay aroma off the wrapper. The foot offers a mix of herbs and flowers. Once lit, the cigar reveals a woody fragrance with a charred smokiness.
Retrohale: Smooth, lightly peppered, and tingly but stronger in the latter stages.
Burn & Ash: One of the more impressive features about this cigar. Long, firm and mostly grey. 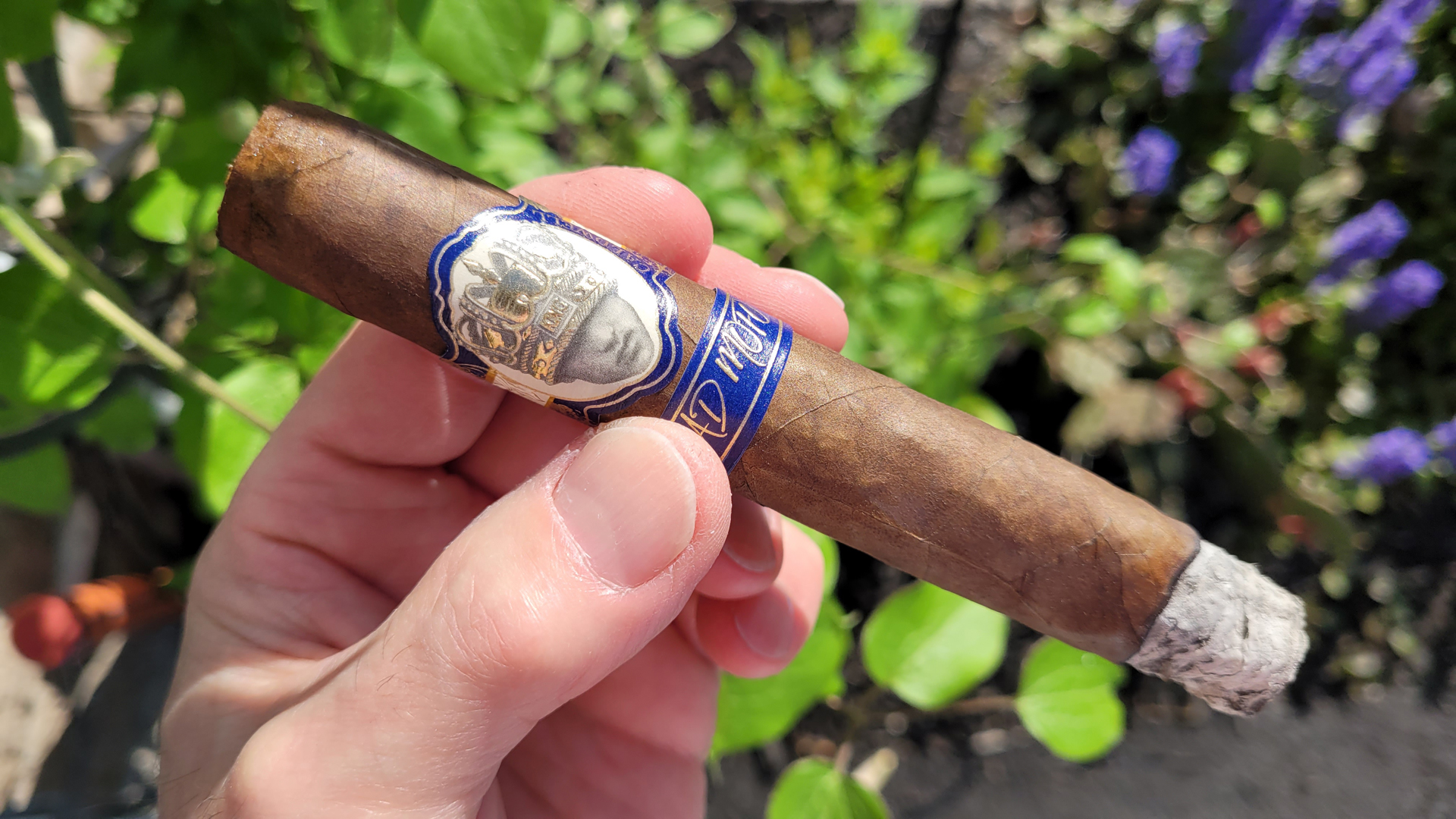 My Caldwell LLTK Mad Mofo Super Toro got off to a tasty start; medium-bodied and smooth with a mix of marginally defined notes of sweet tobacco and spices. Additionally, the burn was also off to a good start – nice, even, and firm. With a name like “Mad Mofo,” I expected this cigar to be bolder in flavor, but it was actually quite nice. I was glad to discover that, but I still didn’t know what the next section would offer. 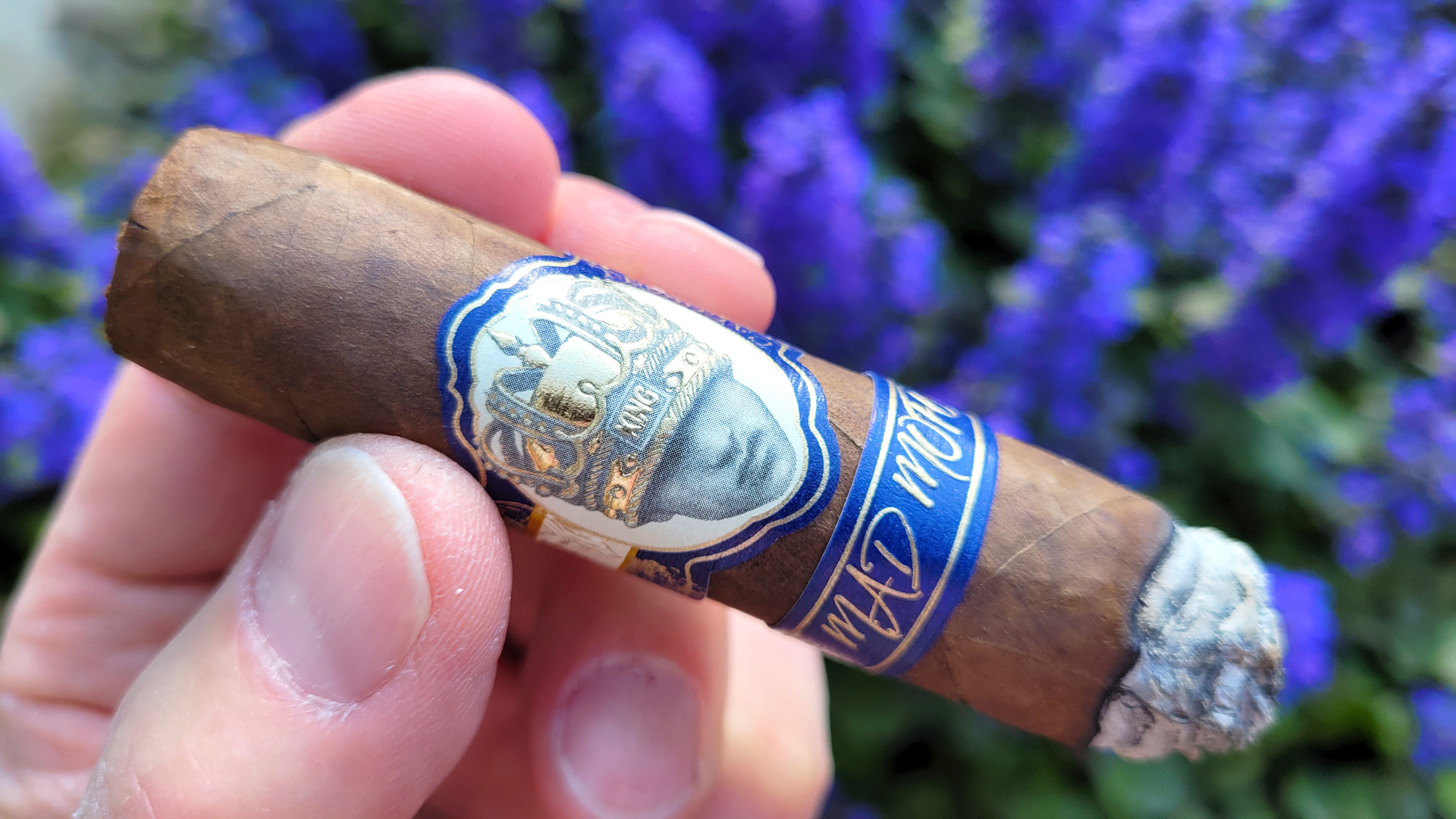 Pretty much a continuation of Act I. So far, the cigar’s body and strength was consistent, and the flavors did begin to come more focused. Definitely more sweetness, some peppery spice, and even a hint of tart berries enters the fray. Also, the Pennsylvania double ligero added more flavor than power for me. On top of that, the cigar also exhibited flawless balance. 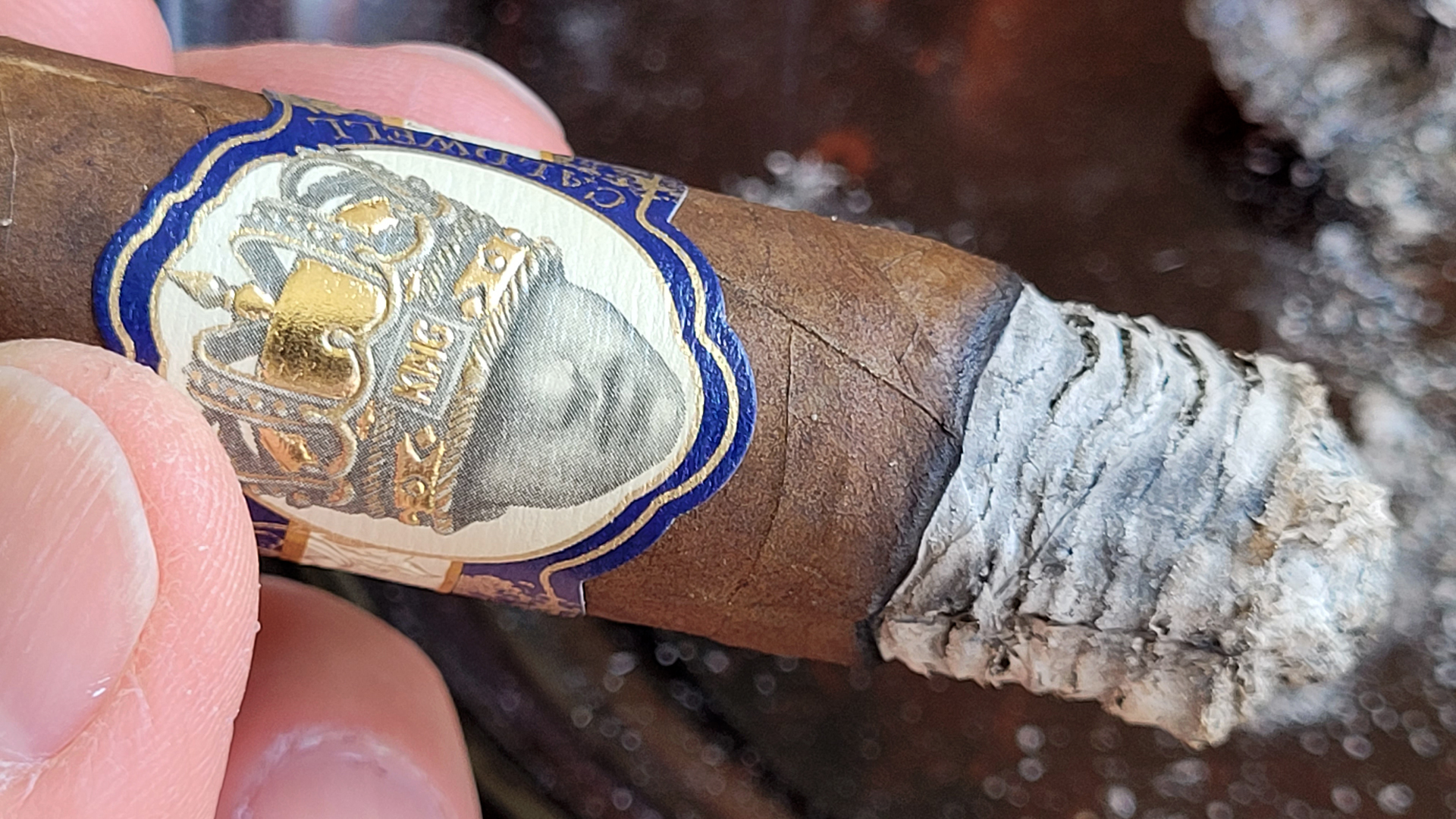 Burn-wise, the cigar did beautifully. It was a little faster than I liked, but it was also about as perfect as it gets, so no issues there. 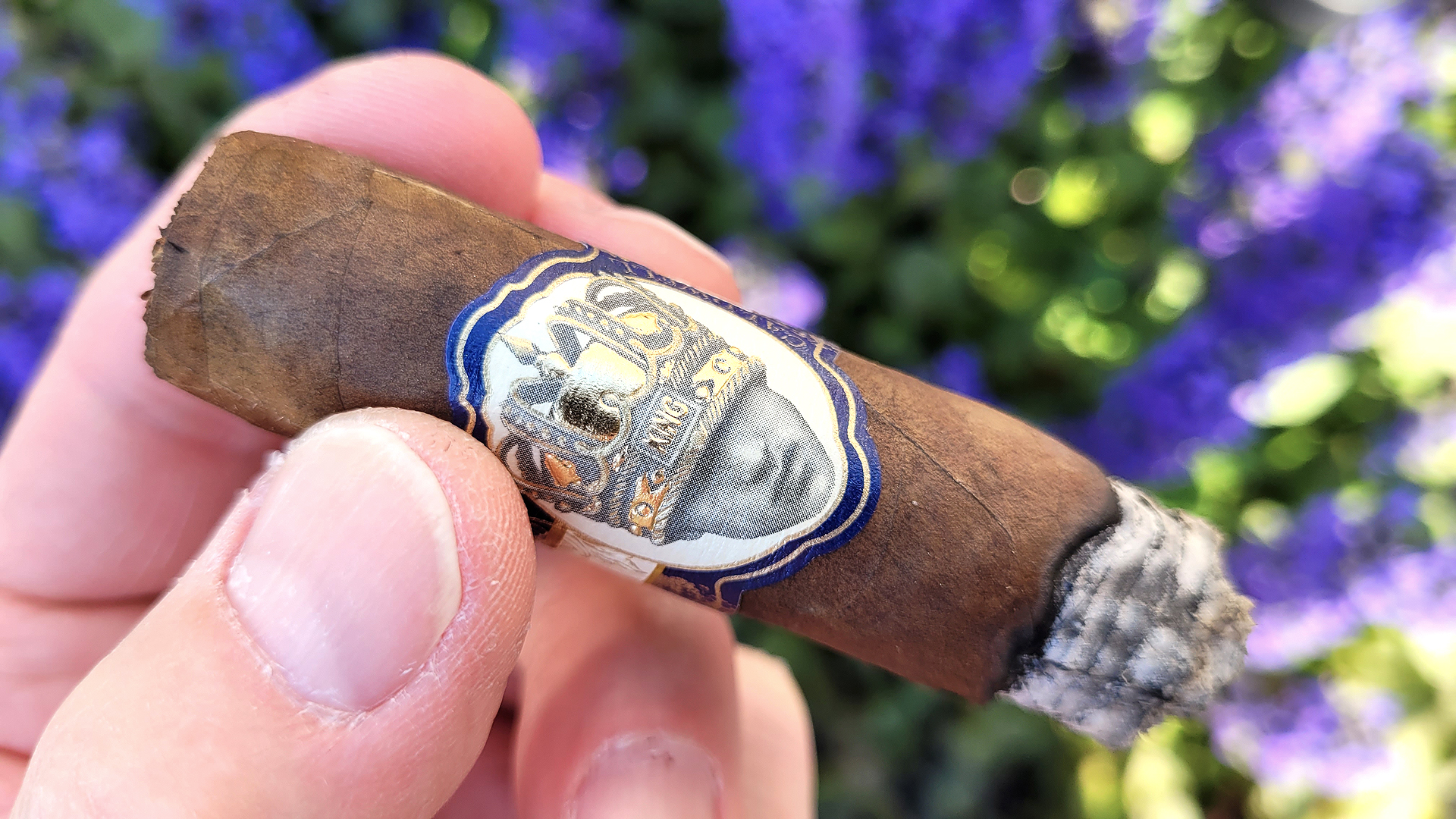 The body shifted to medium-plus but the core flavors remained pretty much the same. So, the Super Toro may not have had a big slew of flavors, but the sweet and spicy mix was enjoyable enough for me to smoke it down to the nub. Even then, the smoke remained balanced; it was a little more intense and even tart at times, but overall, put in a great performance.

Our pairing expert recommends Nashville Barrel Company Single Barrel Rye Whiskey. Sweet and tangy aromas, with a taste that’s balanced between depth and complexity. The mouthfeel is creamy and the back palate offers floral notes, toasted walnuts, charred oak, and white pepper. It has a medium to long finish with oak and pepper spice, subtle charred cinnamon, and floral honey.

As I mentioned in the video, I haven’t smoked that many Caldwell cigars over the years, but I’m quite familiar with their popularity. I like the steampunk-ish imagery that makes Caldwell cigars instantly identifiable, and Caldwell’s dedication to quality is without question. Besides, sometimes not knowing what to expect makes the experience more interesting. 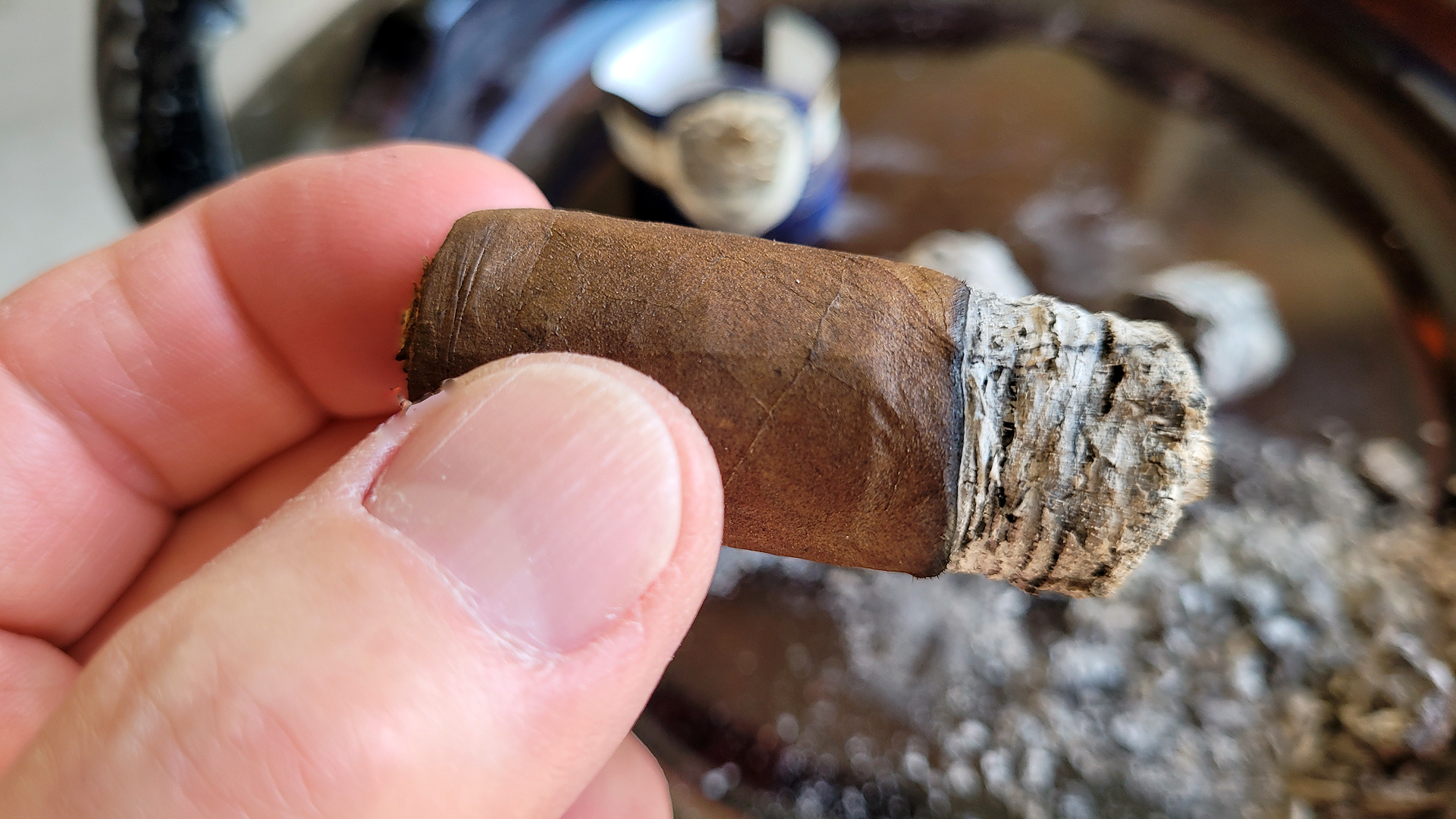 In the back story above, Caldwell says they use tobaccos that “deliver a flavor that isn’t quite what you are used to.” From my experience with the Super Toro, there was a lot of truth to that. At times, it was difficult for me to get a fix on specific flavors, but all combined, the smoke was very pleasing. Better yet, smoke one yourself and you’ll understand what I mean.

Finally, if you’re looking for a good, medium-boded cigar that’s skillfully made, well-balanced, and uncomplicated, the LLTK Mad Mofo Super Toro should be quite satisfying. To that end, this maduro is also a welcome departure for cigar smokers at every experience level.

Great body and smoke, loved every sec of second of the cigar MF!!!!