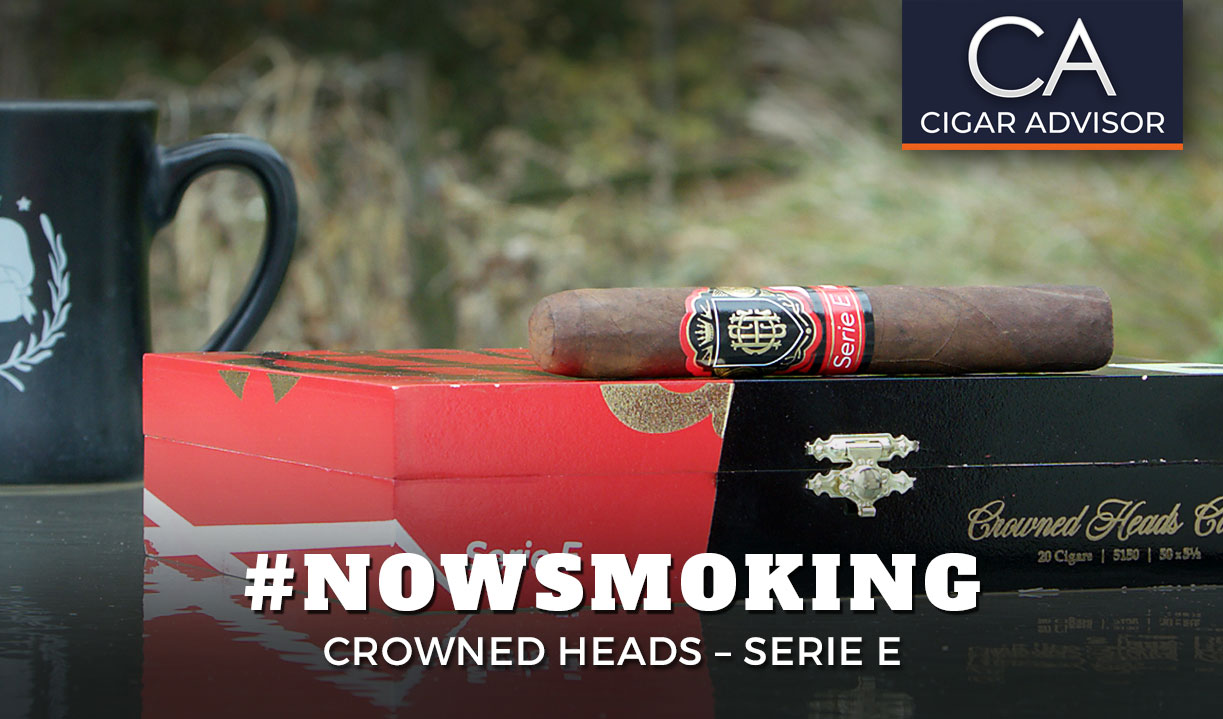 So…how does Eddie Van Halen relate to Crowned Heads Serie E? Before we review this cigar, we first need to go back to the summer of ‘78. Grease was a hit at the drive-in, the Rolling Stones’ “Beast of Burden” and Foreigner’s “Hot Blooded” were climbing the charts. Van Halen was barely a blip on the radar, but they had released their self-titled debut album earlier that year. 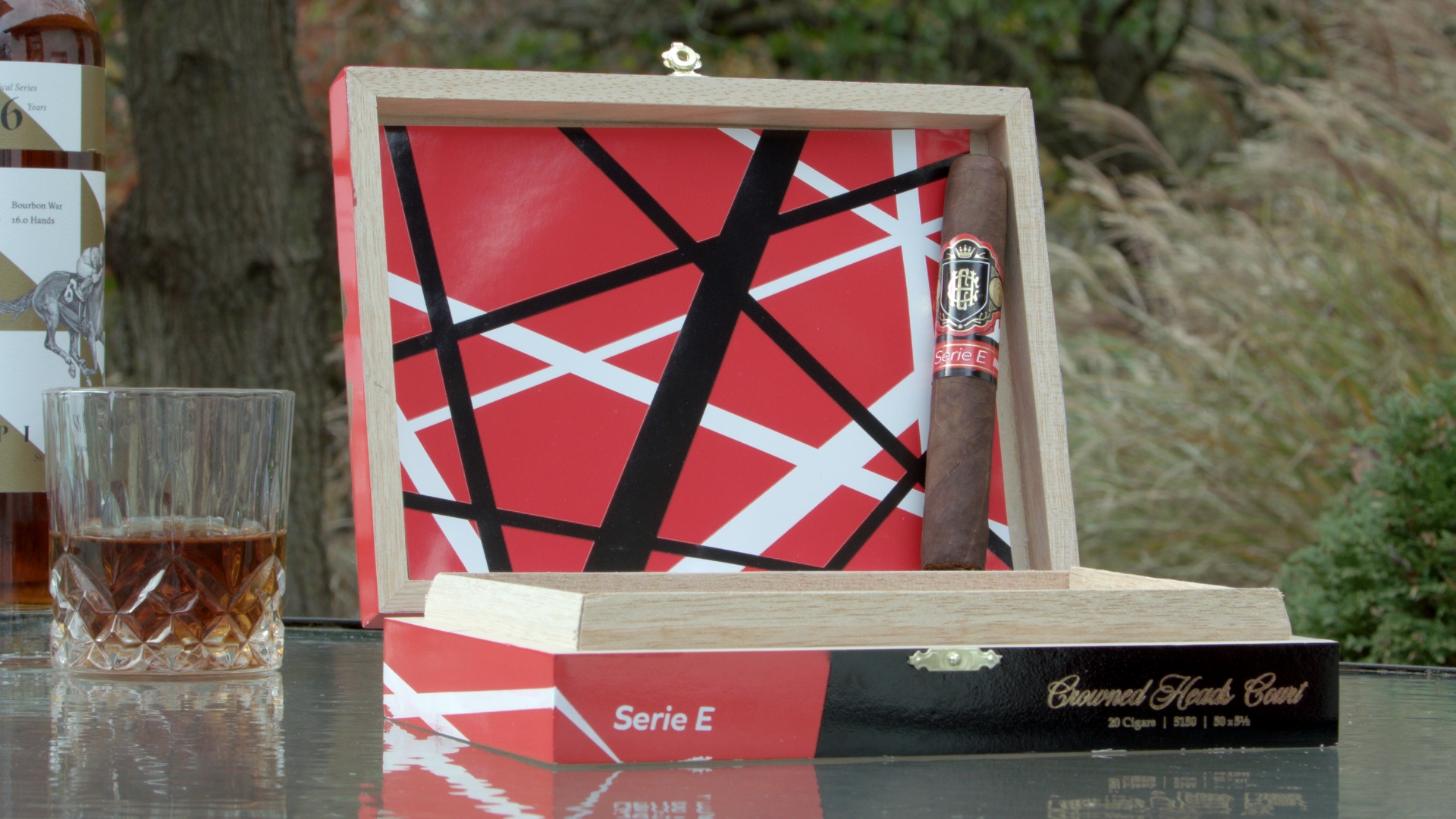 Tucked away on that original Van Halen track list was Eddie Van Halen’s “Eruption,” instrumental, a one minute and 42-second mind-bending guitar solo done in Eddie’s signature neoclassical style. “Eruption” was so far ahead of its time, that even 43 years later, it’s widely considered to be among not only one of the most difficult guitar solos, but one of the all-time most innovative as well.

What does all this have to do with a cigar? Crowned Heads founders Jon Huber and Mike Conder are audiophiles with cigars already inspired by Led Zeppelin, Johnny Cash, Kings of Leon, and more. 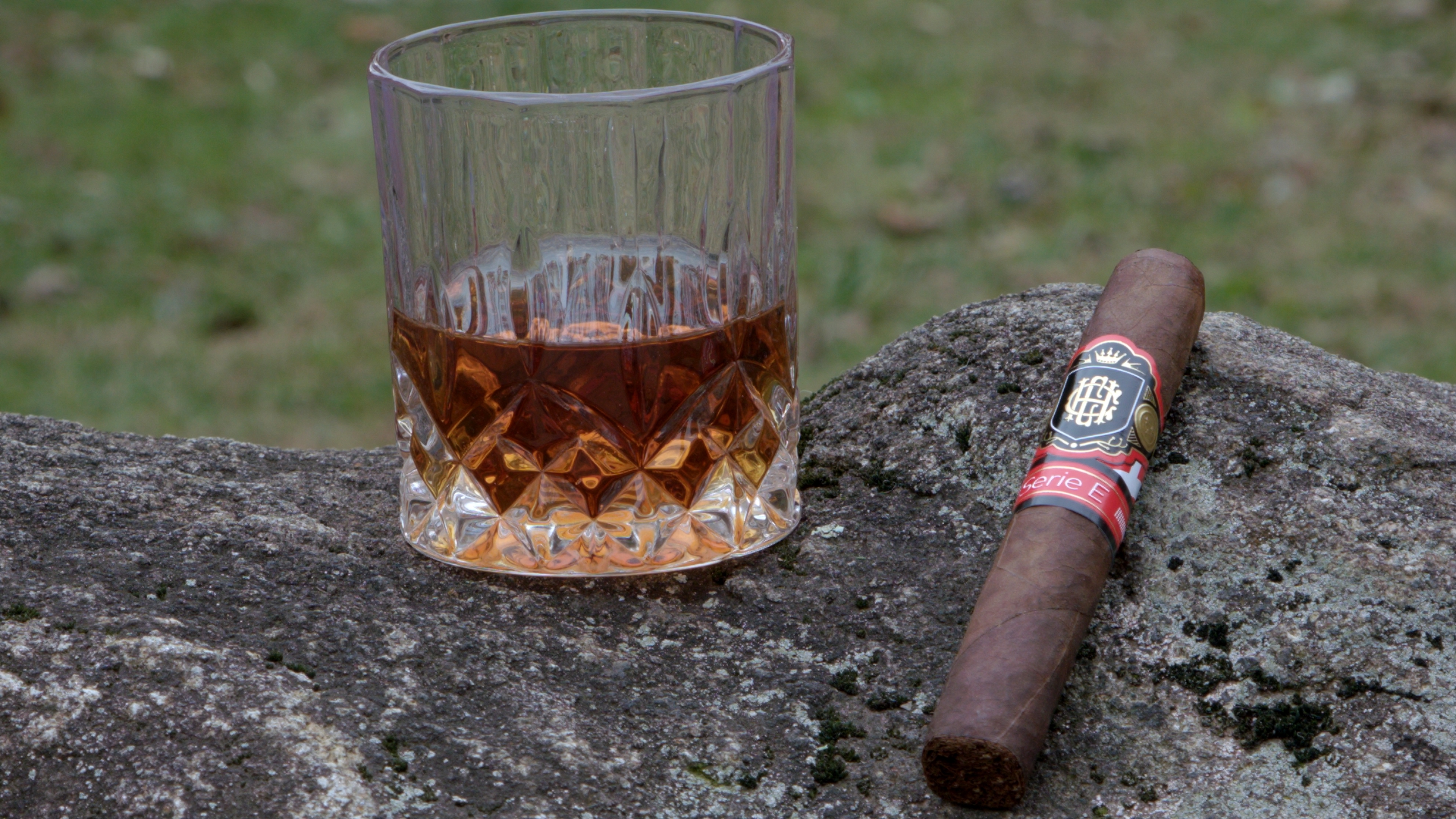 “Eruption” was the inspiration for Crowned Heads Serie E, which pays tribute to the late guitar legend. Even its size, ‘5150 (a 5 ½” x 50),’ references the number that became synonymous with Eddie himself, that he borrowed from the California code for a “mentally disturbed person.” Completely on-brand for Van Halen.

To give the blend a flavor eruption of its own, Crowned Heads worked with Tabacalera Pichardo in Nicaragua on a five-leaf blend, including a spicy Ecuador Habano Oscuro wrapper. Join me as I take it on a flavor tour and see if it shines in spotlight as much as Eddie did.

Construction: Nicely rolled with a dark brown hue that reminds me of an old bomber jacket. Also has a tall cap that’s more forgiving with deeper cuts.
Cold Draw: Berry sweetness.
Base flavors: Wood, spices, butter, and a sweetness that transitions from berry to floral on the finish.
Aroma: Hearty, with an almond-like aroma.
Burn & Ash: Perfect. 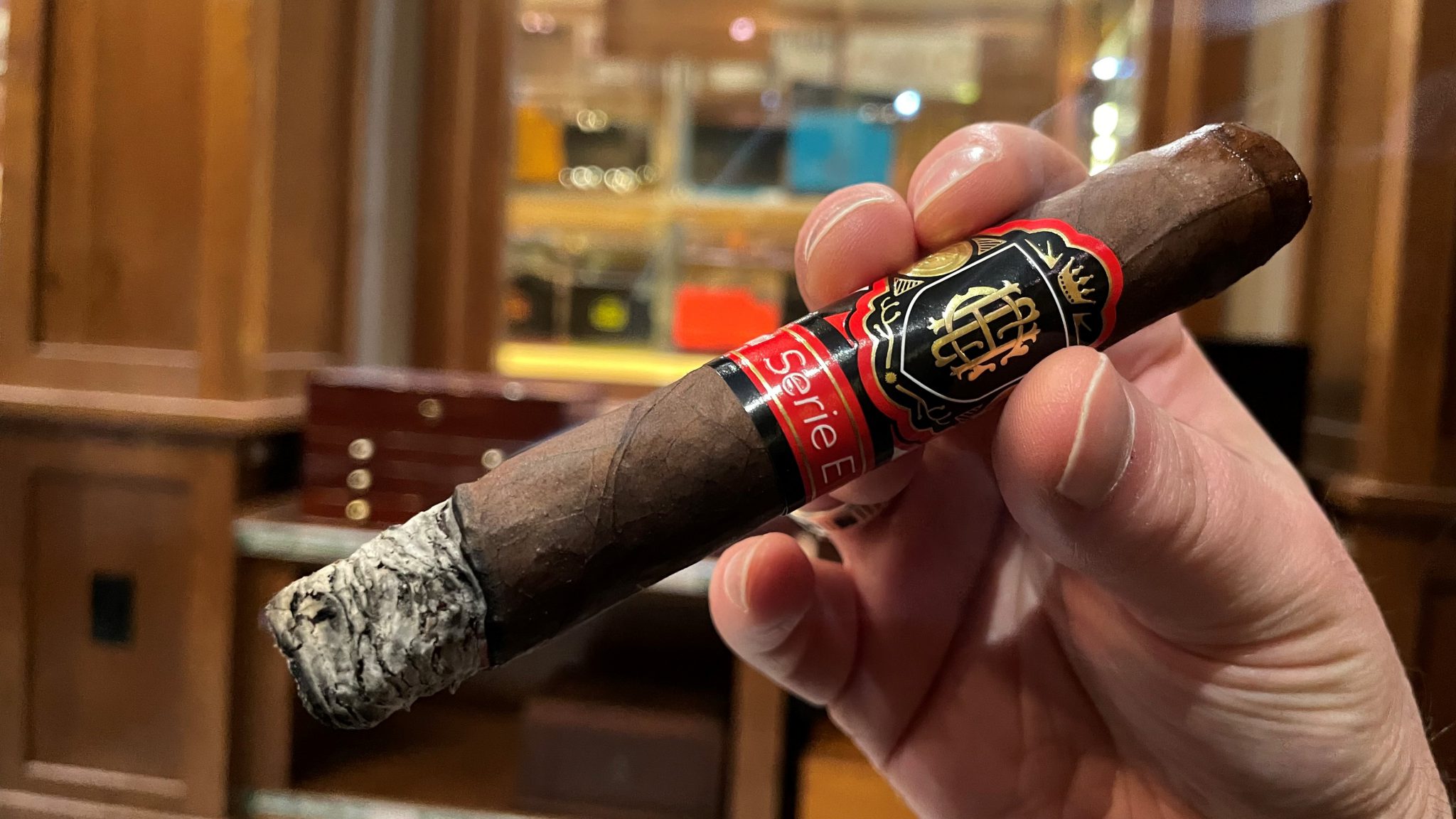 Once in a while, pre-light flavors make their way into the smoke of the cigar itself. This is one such time. Serie E’s pre-light highlight is a berry sweetness that makes its way into the first half of the cigar. It’s only in the background, but I’m still calling it a win and so are my taste buds. Additionally, there’s a mineral element to the smoke, along with some notes of dry toast. In some ways, it reminds me of a spicier version of their Headley Grange blend. 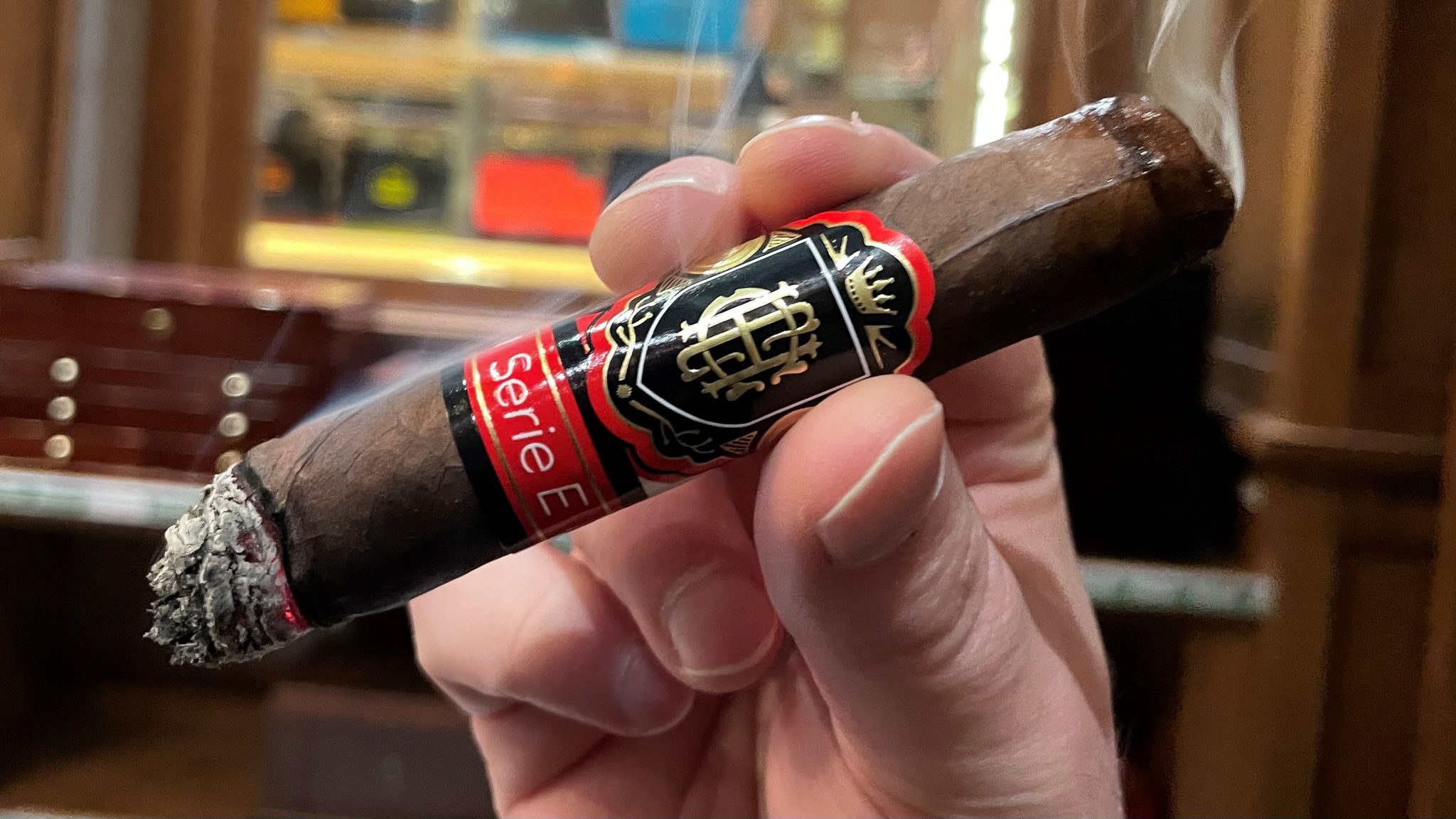 You gotta butter the toast, right? Well Serie E does just that with a nice warm buttery flavor added into the mix among a bold blend of wood, pepper, and spices. And the smoke output…think active volcano. It’s pyroclastic. I feel like this would be a perfect Friday night smoke to ready up for a much-needed weekend. 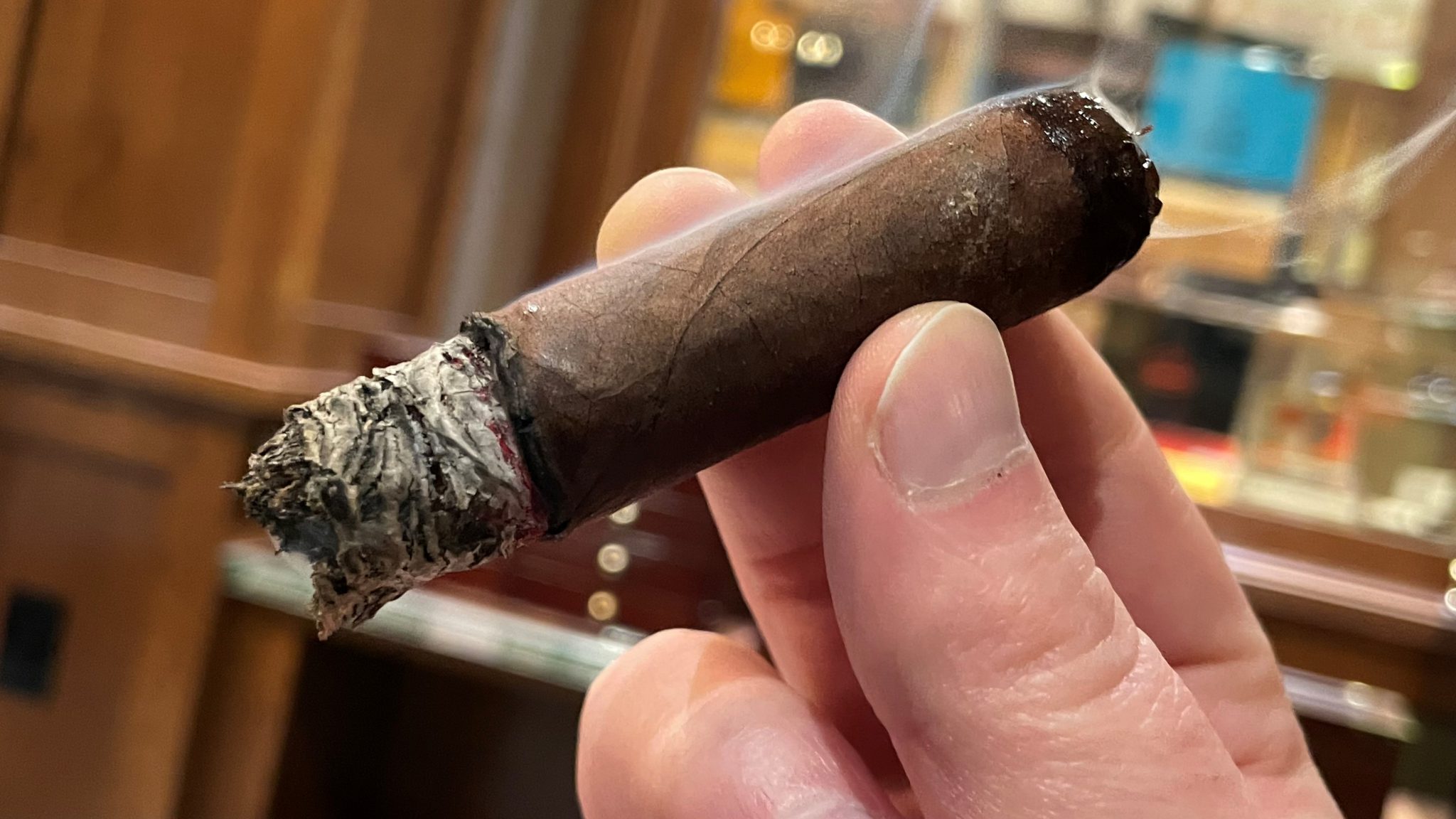 For Crowned Heads Serie E, the third act is the peak of flavor and intensity. Flavors haven’t really changed much from the halfway mark aside from the return of the first act’s berry sweetness – albeit lightly – in the background. What has changed is that the flavors are richer and more pronounced. My samples had no burning issues, smoked clean with zero bitterness, and had an excellent draw throughout.

Sweetness from Serie E is on the lighter side, so make up for it with your pairing. You really can’t go wrong with a bourbon, and it might even help highlight those berry notes for your palate. 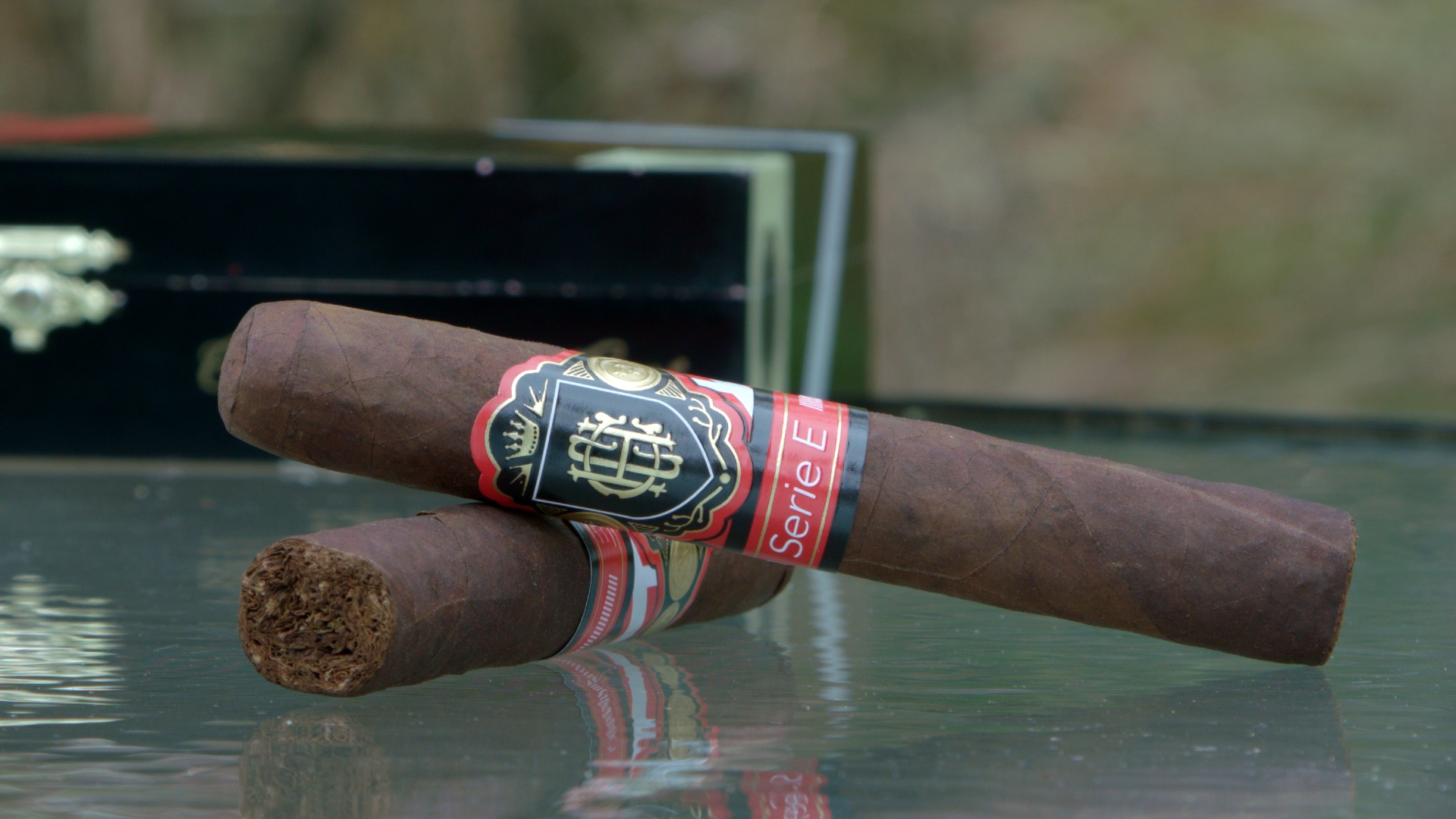 If you’re a guitar or Van Halen fan there’s probably no higher order of cigar collectible than Serie E. But I’d reckon that even if you’re an acolyte of neither, there’s still plenty of reasons to add this blend to your humidor. It smokes perfectly, has a fair price, and goes big on flavor. Can you really ask for more?