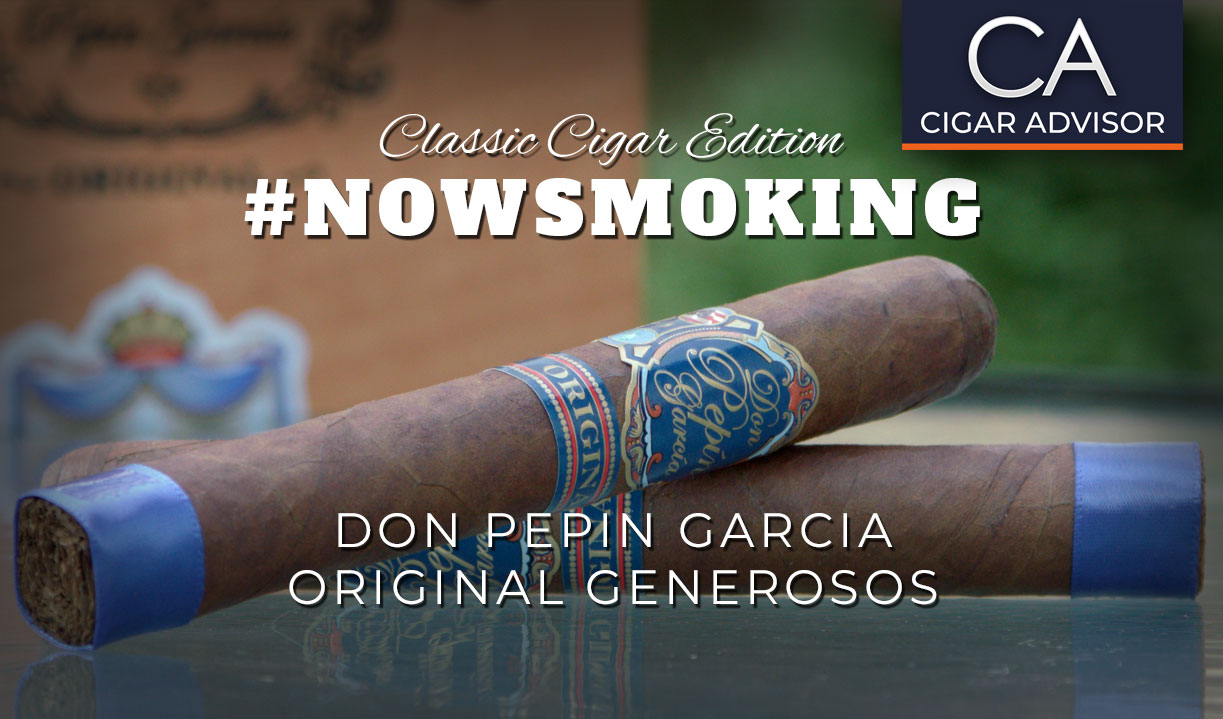 Born in Cuba in 1950, Don Jose “Pepin” Garcia rolled his first cigar at the tender age of 11. The skills came naturally to him, and he spent the next 30 years in Cuba perfecting them. During that time Don José achieved a Class 8 Master cigar roller certification, the trade’s highest ranking, and later, he was bestowed the title of Tabaquero Maestro, or “Master Blender.” 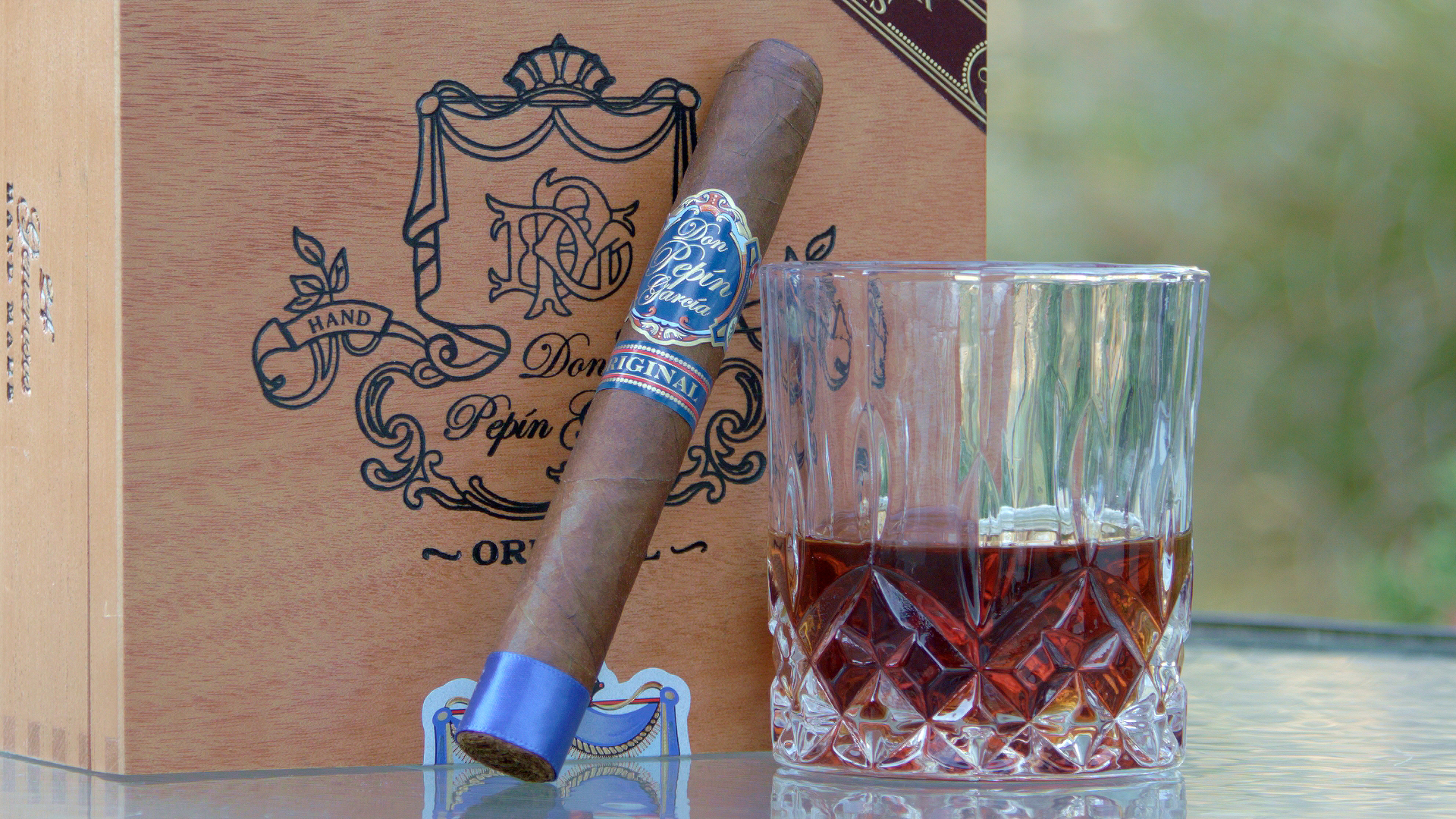 In 2001 the Garcia family finally left Cuba emigrating first to Nicaragua, then Miami. By 2003 he established a modest cigar factory, El Rey de los Habanos, in Miami’s legendary “Little Havana” district. It was in that factory where the original Don Pepin Garcia Blue Label cigars, also called Don Pepin Original, were made and released in 2005. Like the Generosos reviewed here, they were Nicaraguan puros and the model for the creation and development of Pepin’s future cigar selections.

Don Pepin’s reputation for excellence began to spread among cigar smokers who were turning more and more to Nicaraguan puros. Other cigar makers began turning to Don Pepin to make their cigars. Among the first, and arguably the person most responsible for making Don Pepin a household name, was Pete Johnson of Tatuaje Cigars. 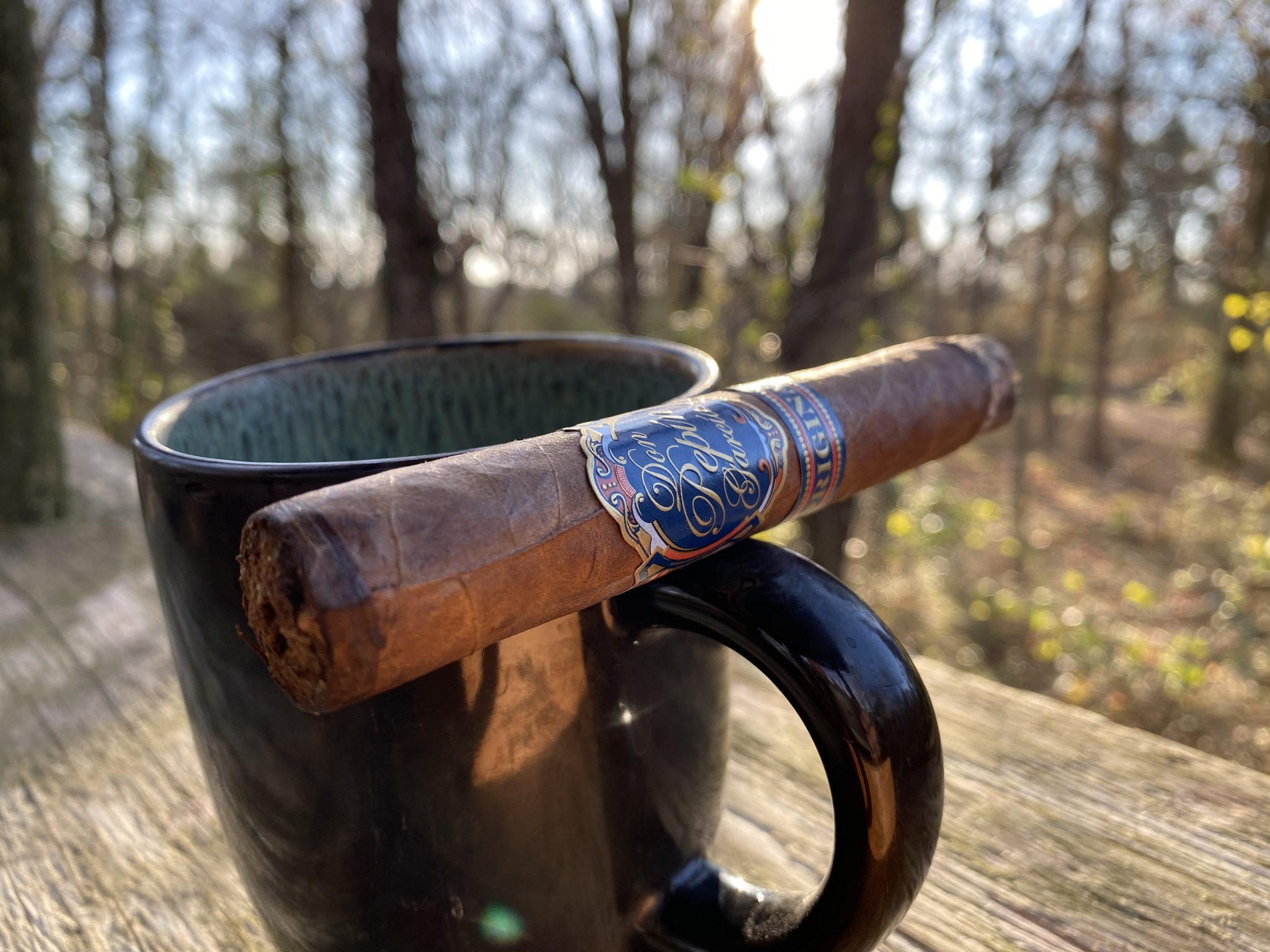 Lightning struck. By 2008 Don Pepin Garcia was recognized as “America’s Hottest Cigar Maker.” The “Blue Label” Lancero with a 93-rating took the #8 spot in the Top 25 Best Cigars of the Year 2008. And that was just the tip of the iceberg. Several Cuban heritage cigar revivals have also appeared on Pepin’s rolling tables, including La Aroma de Cuba, Flor de Las Antillas, La Antiguedad, and most recently, Fonseca by My Father cigars.

In August, 2009 the My Father Cigars factory in Nicaragua opened on a seven-acre complex also known as the Garcia Family Industrial Park. The Garcia family also has a second boutique cigar factory in Doral with a team of 12 master rollers all personally trained by Pepin himself. 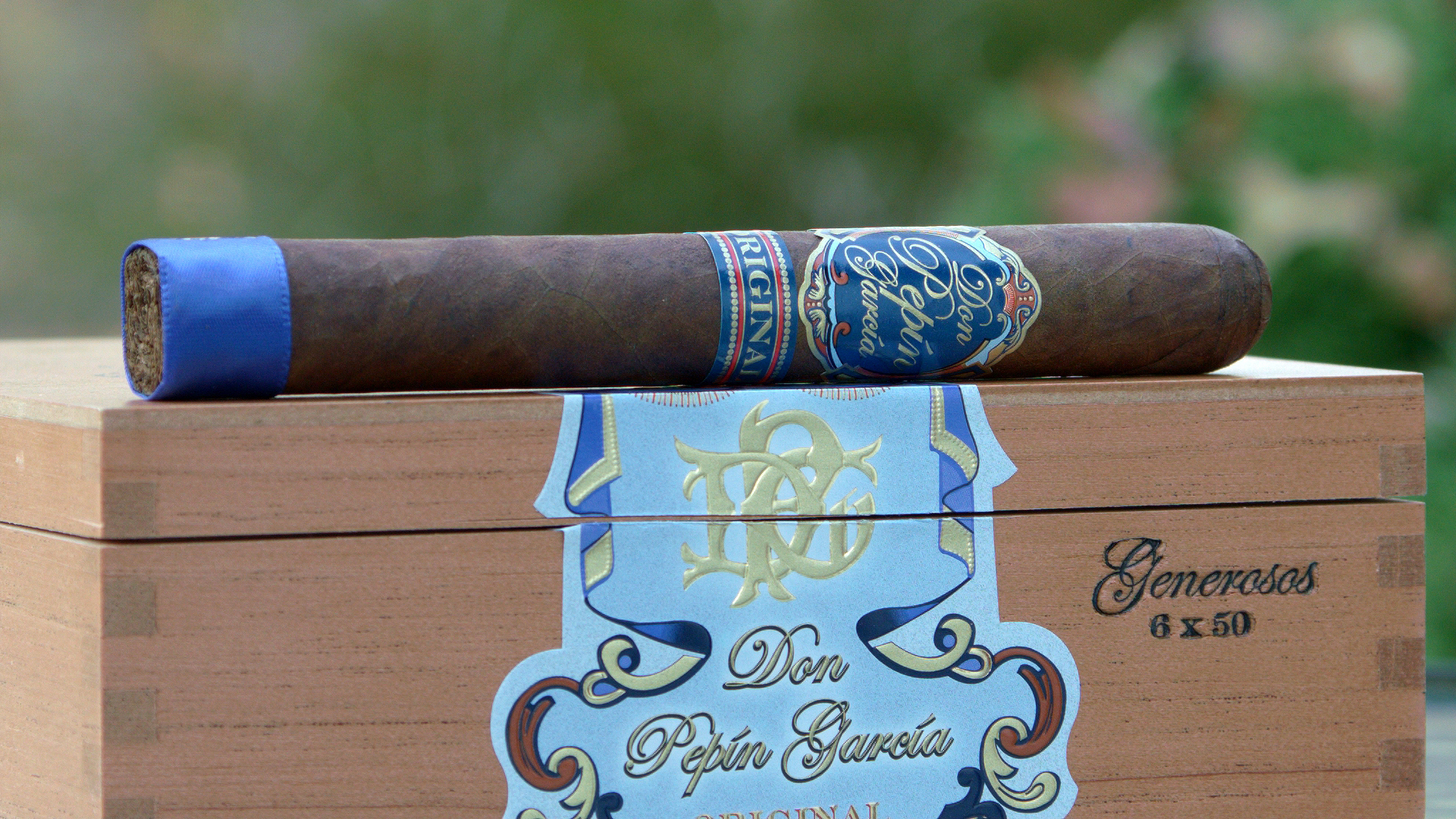 This is a beautifully made cigar in a traditional Toro size. The rolling is seamless, well packed, and a triple cap is deftly applied at the head. The cigar wears a secondary band that reads, “Original,” and the foot is graced by a blue silk band for some added glitz. When cut the cigar offers an effortless draw with leathery and sweet prelight flavors. 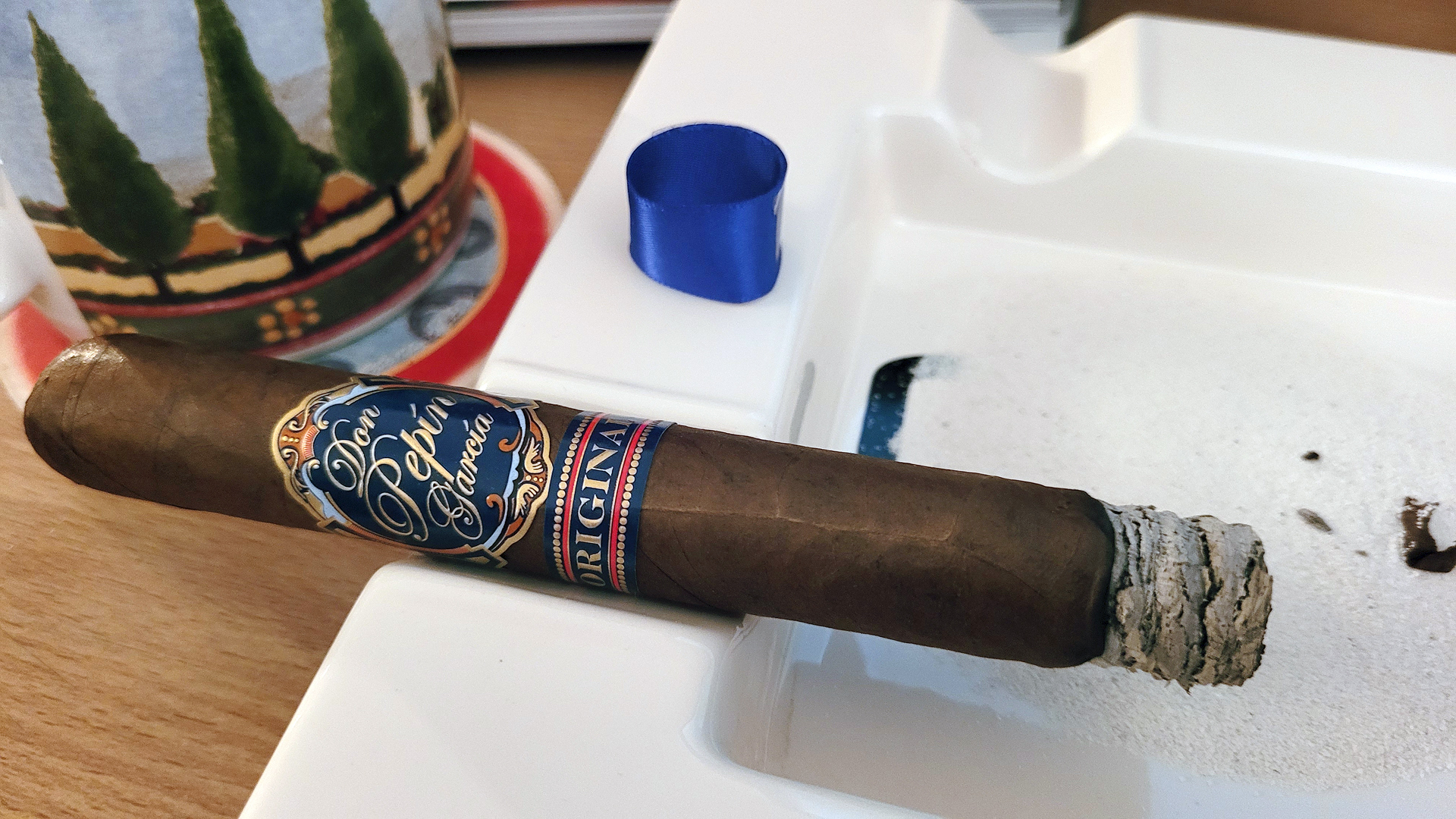 Once lit, the opening notes were impressively smooth, creamy and sweet, getting this Toro off to a really good start. The cigar appeared to burn a little quickly, but very evenly, and continued to offer a mostly creamy, medium bodied smoke with a fair amount of sweetness. Other flavors I picked-up in the first stage were leather, cedar, dark chocolate and a hint of espresso. Picked up more an oaky note. 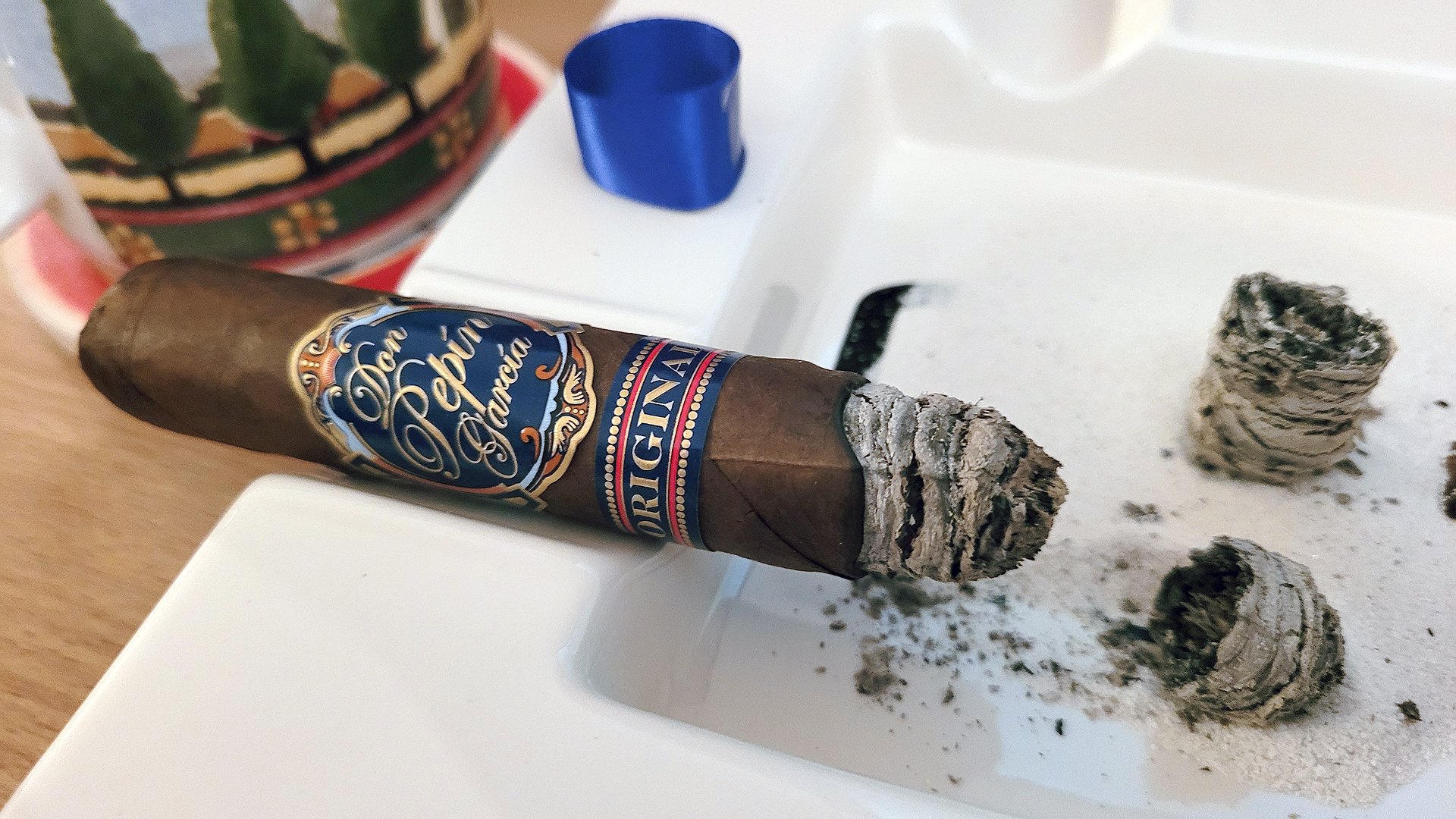 The cigar continued along its medium-bodied, sweet-tasting path without much change. Jared called it a “sneaky medium” since he felt the nicotine kick was stealthy. And it was at this stage I noticed how well–balanced this cigar was. Plus, the dark chocolatey flavor became more clearly defined. (I was beginning to wonder why I hadn’t revisited this cigar more often in the past.) To newer cigar smokers, Jared said, “This is a Nicaraguan puro you don’t have to be apprehensive about.” And for those who prefer full-bodied cigars he added, “There’s still a ton of flavors in this cigar to fall in love with.” 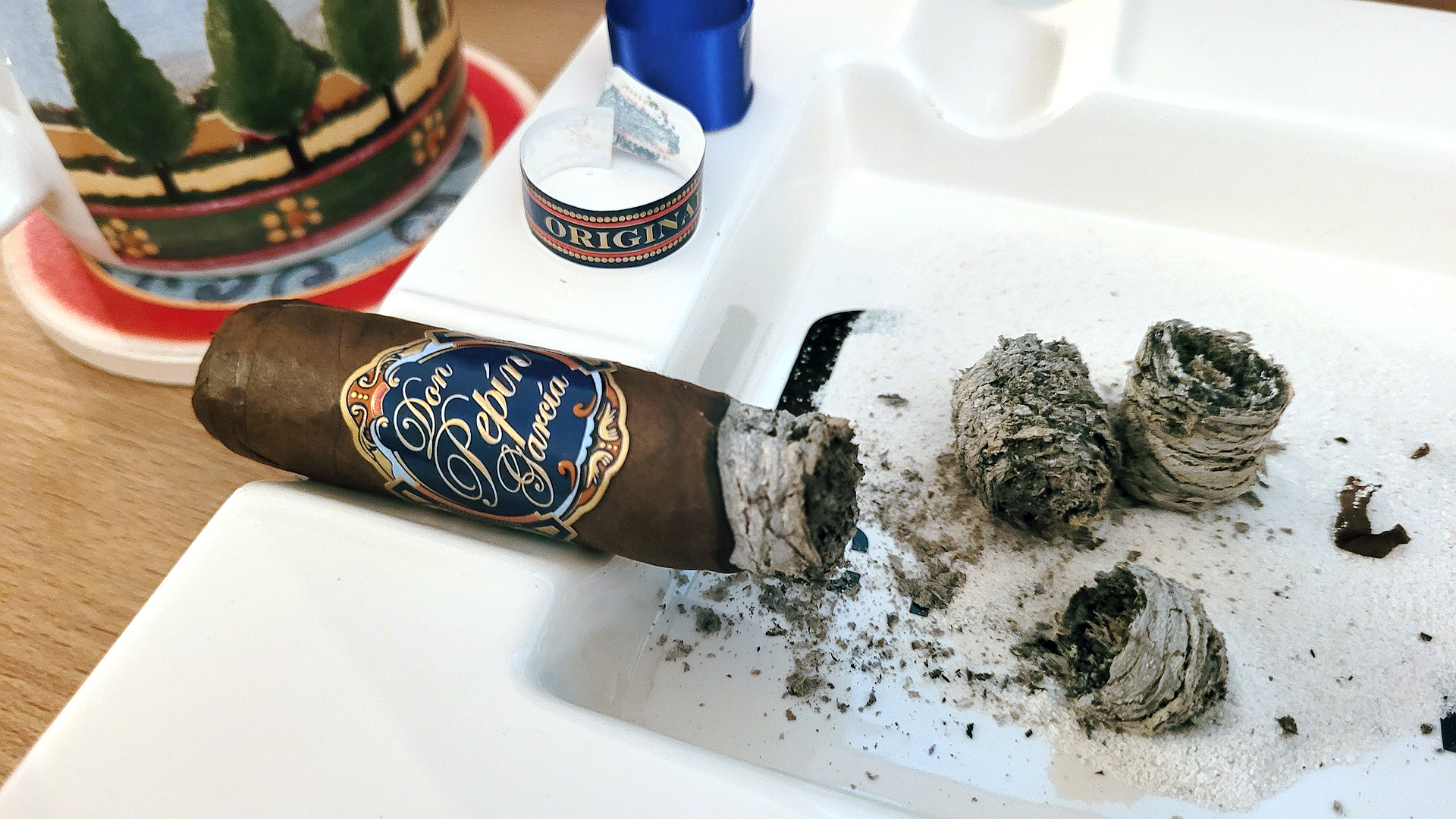 I’m always amused with how some cigars released in the early to mid 2000s were advertised as “full bodied.” This Toro was far from it. It’s natural for an avid cigar smoker’s palate to develop over time and adjust to bolder flavors. But I’m wondering if these “early” puros, save for a few exceptions, just weren’t using a lot of Estelí ligero at the time. That said, the final third did have more presence in terms of body. It filled-out with a little more earth and even a little nip of peppery spice in the mix as it slid over to a more medium–plus profile. 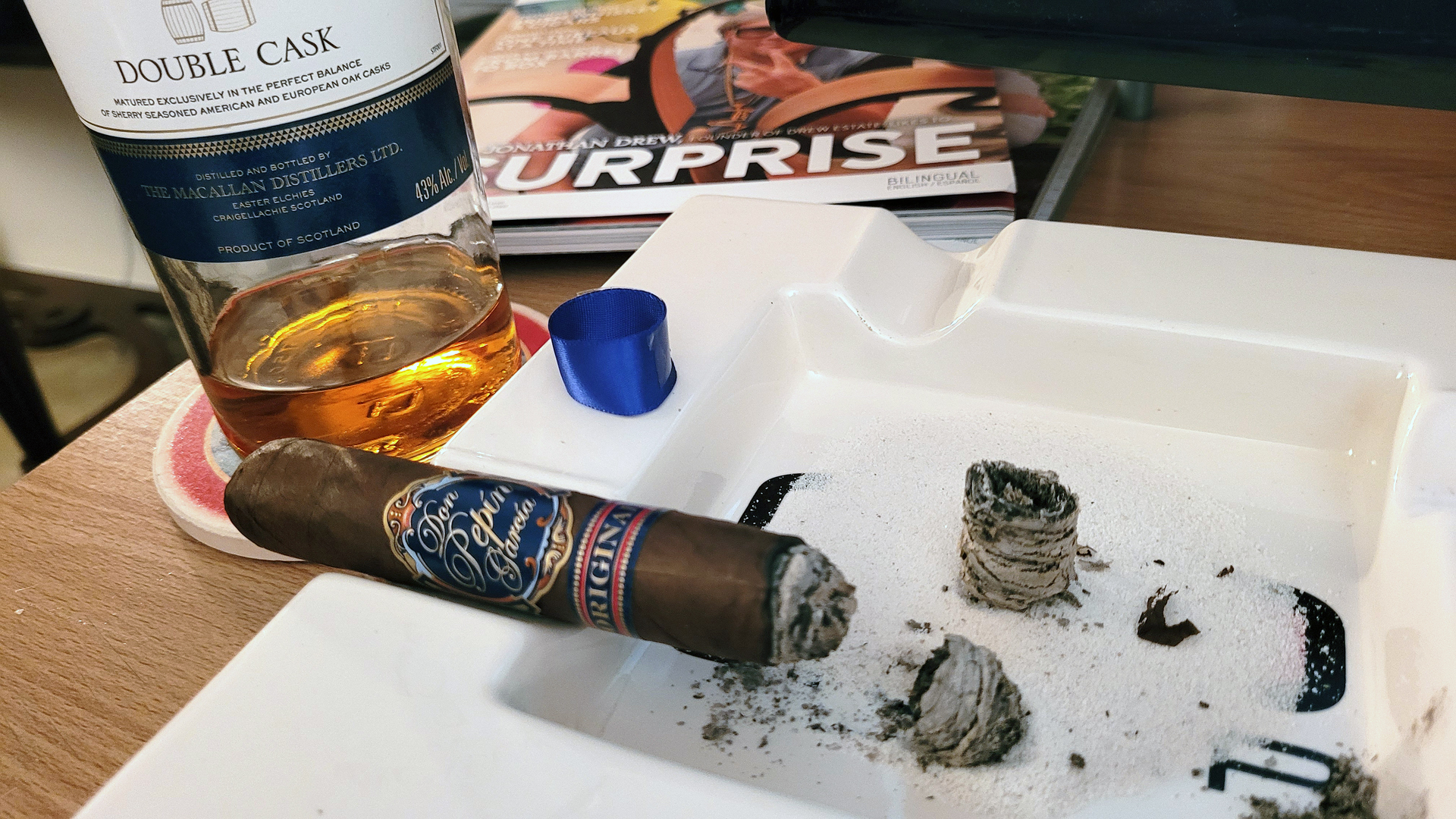 Coffee, particularly espresso, is a natch for this cigar, but the Macallan 12 Year Double Cask was my choice for this one. It’s got some nice spicy qualities to it that I felt would tamp down some of the cigar’s sweeter nature. A peaty bourbon might also do the trick. And for wine fans, the Don Pepin Garcia Blue Generosos also seems like a good candidate for a vintage California Claret. 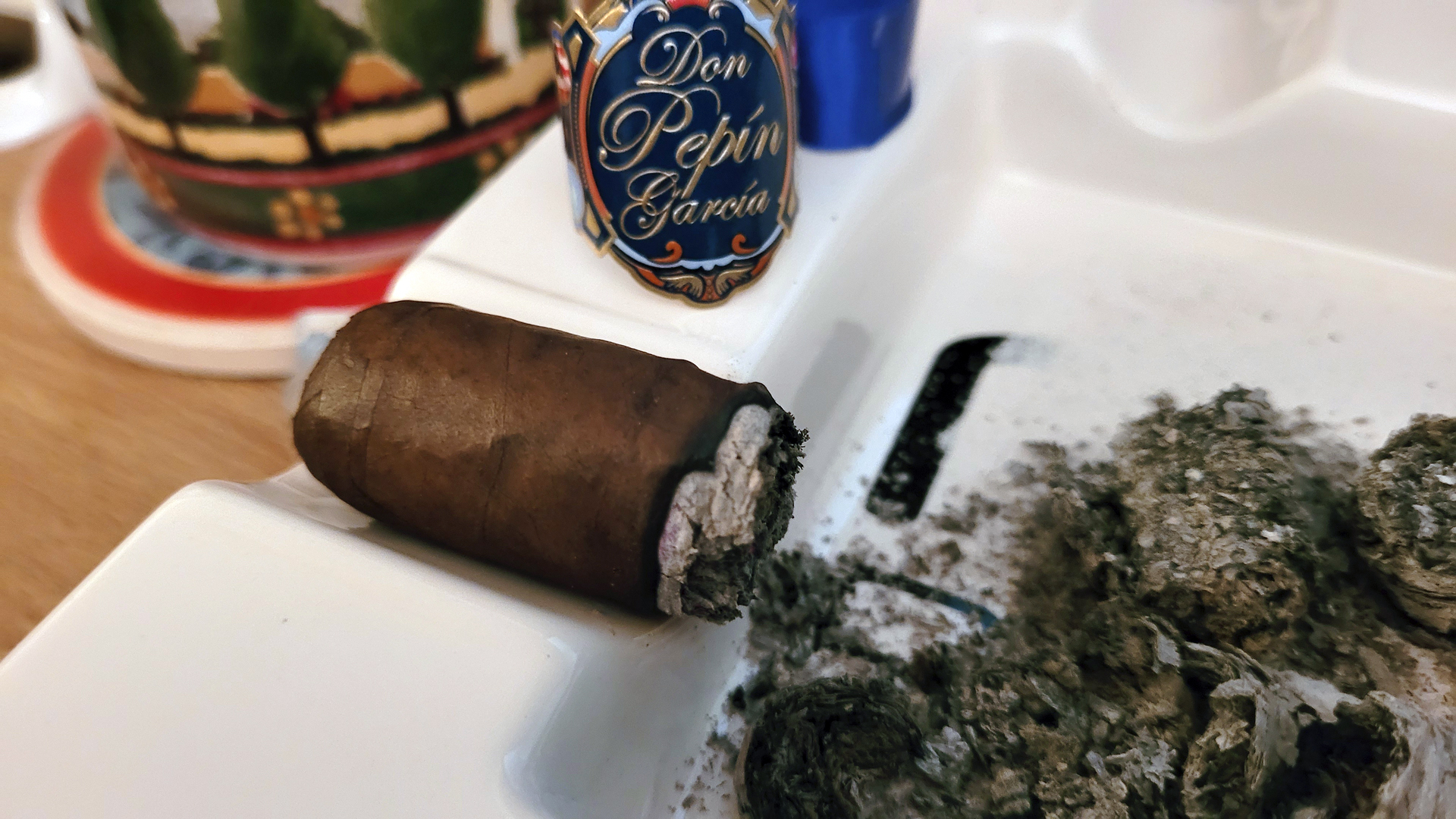 For those who enjoy rich, sweet Nicaraguan flavor, the Don Pepin Garcia Blue Generosos is tough to beat. It was right in the pocket for me—balanced, flavorful, and the burn was exceptional. It’s most certainly a classic, and Jared and I agreed that rookies should add the Generosos to their “starter cigars” list. From there, they can they work their way up the Don Pepin/My Father Cigars chain.

Reading Time: 7 minutes While we love the aroma of a good cigar, the smell can linger longer than we’d like…Get fresh with these Advisor tricks to take that smoky morning-after stink out of your holiday threads, if they still smell like last night’s Liga Privada.