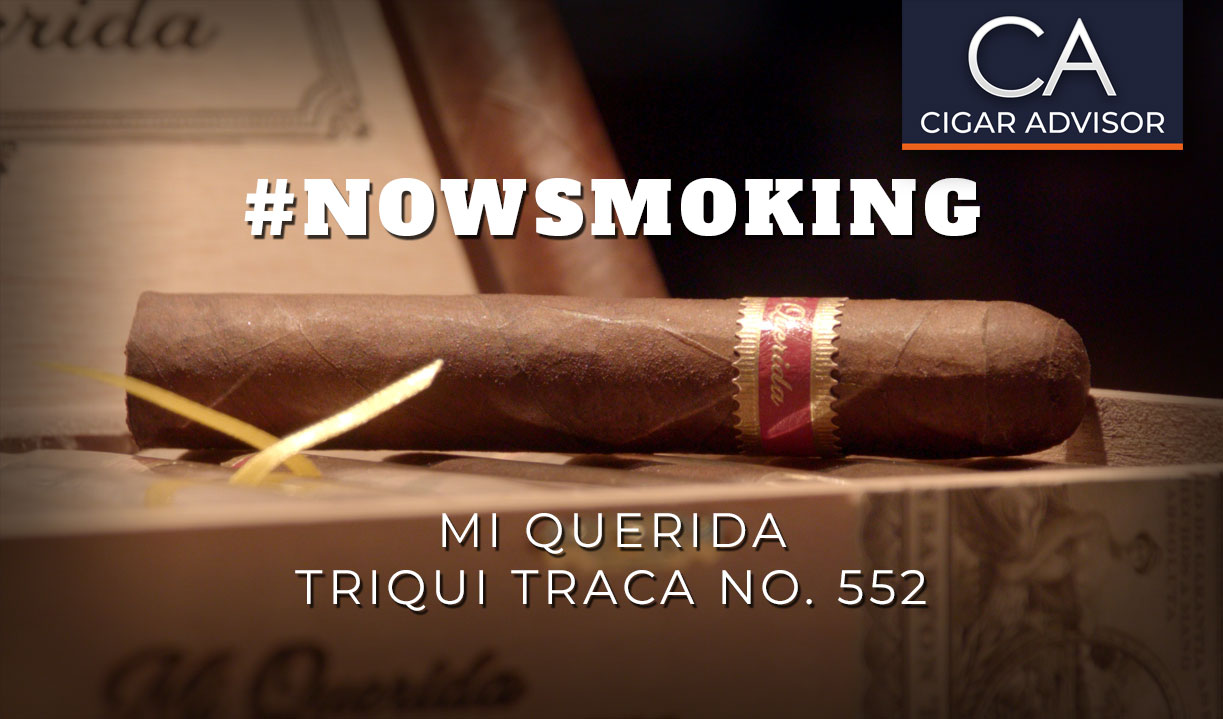 When I first heard some of my colleagues talking about this cigar, I must’ve only been half-listening. I thought they were talking about a tricky tray for a local fundraiser. Now I get it. The Mi Querida Triqui Traca, pronounced, “tree-kee trah-kah,” is actually Nicaraguan slang for firecrackers that are connected by their fuses on a long string. Used often for important religious and national holidays, they are placed in the center of a street and lit. What follows are successive light flashes and explosions that crackle and pop their way down the street as the fuses catch. Quite a vivid image – even for a cigar, which Dunbarton Tobacco & Trust founder Steve Saka claims is the company’s “boldest cigar” released to-date. 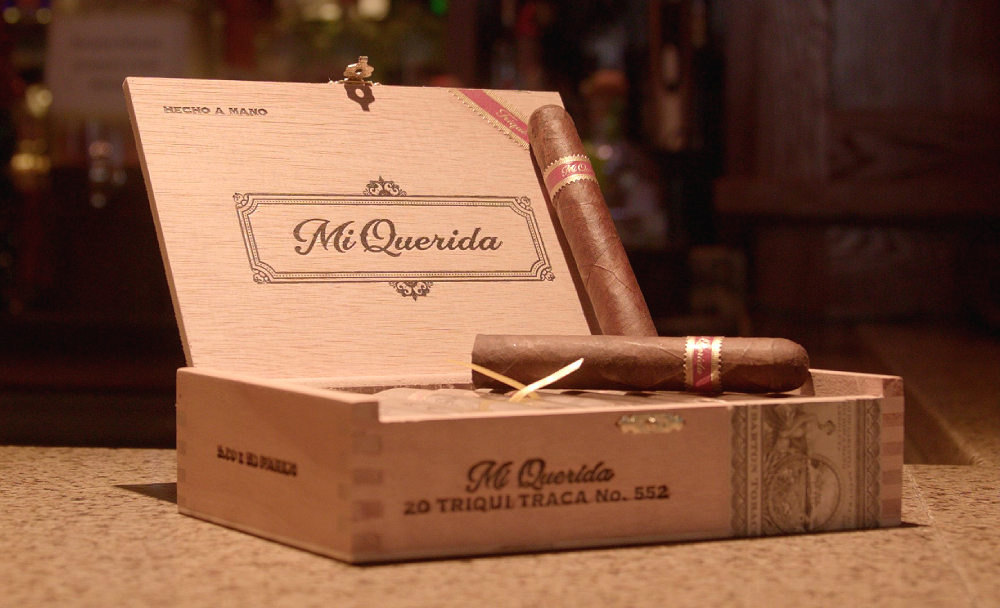 “At its core, it remains our quintessential Mi Querida blend with its earthy, sweet broadleaf notes, but with the incorporation of a couple refinements,” adds Steve. “The capa has been switched from the traditional Connecticut Broadleaf Mediums to the rarer No. 1 Dark corona leaves plus a unique, high octane ligero grown in the Dominican Republic has also been introduced into the liga. The resulting cigar retains its inherent sweet loam and chocolate characteristics, yet delivers a significantly heavier smoking experience.”

Excellent in every respect. The high-priming wrapper is dark, oily, a bit toothy, seamlessly rolled, and sealed with a triple seam cap. The 552 also has a very solid feel, and it’s packed to the gills. The draw was slightly tight for me with my V-cut, but Jared’s deeper V-cut was less problematic. The pre-light notes were nutty and salty with some dark fruit for Jared; salty, woody, and somewhat grassy for me. Moreover, the burn was phenomenal, revealing ashes that were as straight and firm as it gets: 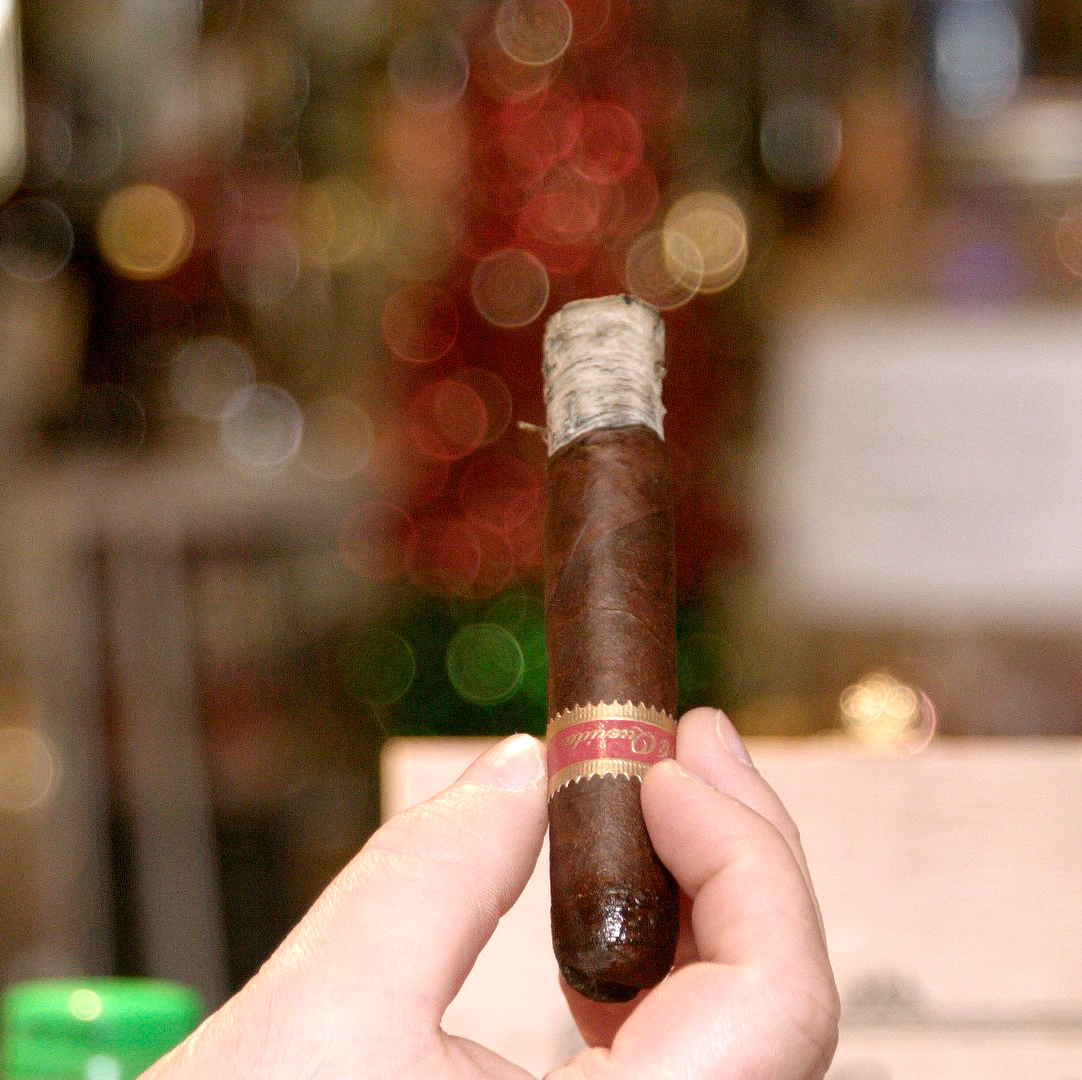 The cigar lit well and fairly quickly. The first few puffs were not as bold or peppery as one might expect, either. Despite the firm draw, the smoke flowed well offering early notes of earth, wood, spice, and some pepper that teases the palate with varying amounts of intensity. Some sweetness crept in a various points, as well. I noticed a discernable increase in sweetness in the final third and a very faint hint of cocoa.

We both found the cigar highly consistent; although it was “bold” as advertised, it was also very even-tempered. Jared felt the cigar may have been “rear loaded” as opposed to front loaded, like many full-bodied cigars. Instead of a peppery spice shot at the beginning, which usually rounds-out, the tobaccos are placed in such a way that the spice comes later in the session. Of course, this is only conjecture on our part. 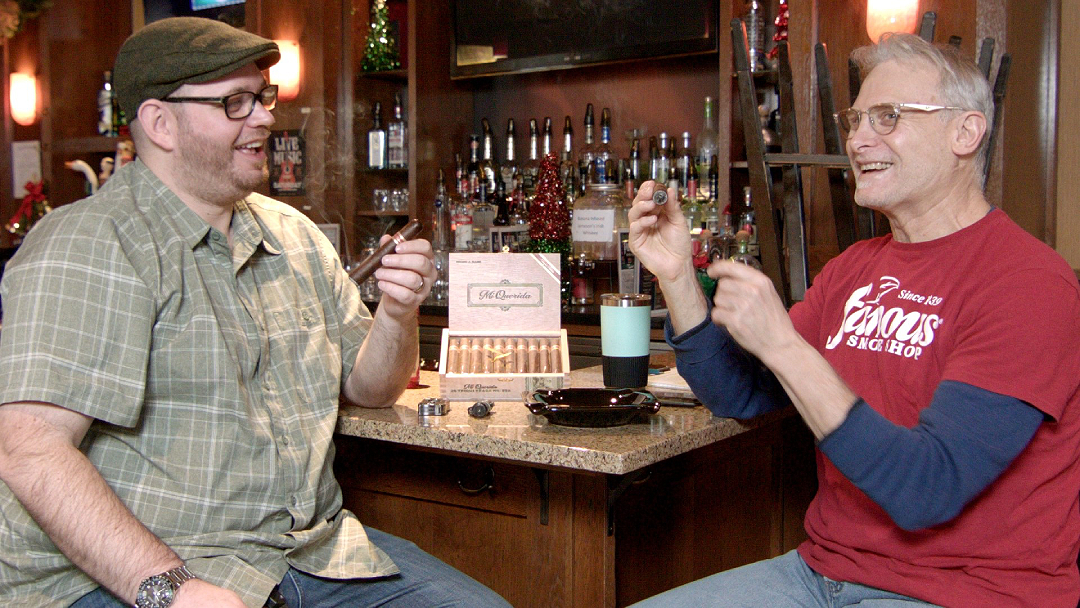 So, our Triqui Tracas never really “exploded” with a big surprise blast of spice or pepper. It was more like a series of smaller explosions, like the string of firecrackers for which the cigar is named. And there you have it.

Earthy, in the mineral sense; savory, and also woody with some occasional sweet tobacco, spice and pepper working their way into the mix. Jared noted some generous pepper in an early retrohale, but more of a citrusy flavor later on. I picked-up a similar fruity note, but was even more impressed by the retro’s creaminess. In other words: Don’t fear the retro in this cigar. The smoke was also perfectly balanced at every stage, and lacked any traces of bitterness at the nub.

More like subtly complex, but the flavors come at you non-stop. Sure, there are a couple of fits and starts as some sweetness and pepper trade places. Yet, for the most part, the Triqui Traca 552 sails along on an even keel with plenty to write home about. 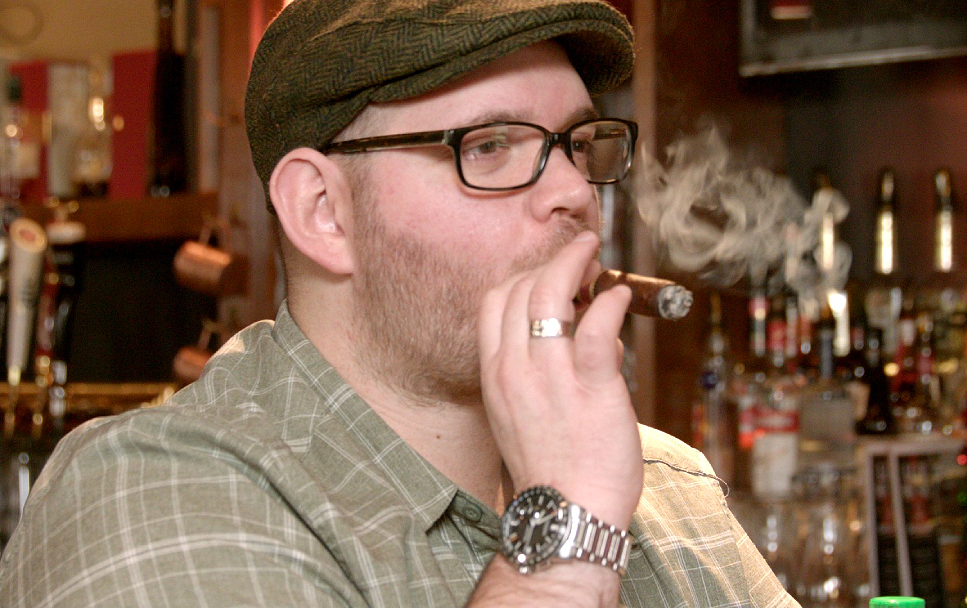 On the non-alcoholic side, Jared made good case for the tart n’ sweet taste of his cranberry-apple juice, noting that it helps open the salivary glands. The Triqui Traca seems like it was made for bourbon. And for after dinner, I can also see pairing it with a long aged Port or Cognac.

Experienced cigar smokers who crave dark, bold, earthy cigars. I wouldn’t discourage newer smokers from having a go at the Triqui Traca, but it may help to start with some of the standard Mi Querida cigars like the Fino Largo.

Yes. The keys to the Triqui Traca selection are its No.1 Dark Corona Broadleaf wrapper and the Dominican ligero. Both add that extra layer of brawn to the blend, and I’m certain Dunbarton disciples and other full-bodied hounds will want to wrap their fingers around one of these. The 552 also delivers plenty of flavor and smoking time for your money.

“Bolder” does not mean more BITE in my world – to date, none of my ligas are pepper bombs, this is a slow burn that intensifies in body – it is heavier imo. Quick way to compare the boldness of the Blue vs the Red Mi Querida is to smoke them WITHOUT removing them from your mouth – I think most consumers will find the RED one difficult to do so for long, particularly in the back half. I personally can smoke the Blue all the way to the nub without ever removing it from my maw – thanks for the review!

Well said Steve. Glad you liked the review, and made that important distinction for our readers. Of course, we taste what we taste at the time, and as you know flavor, complexity, strength, et,al., are widely subjective. I think that “test” you suggested is also very interesting. I may even give it a try! Thanks. ~ Gary