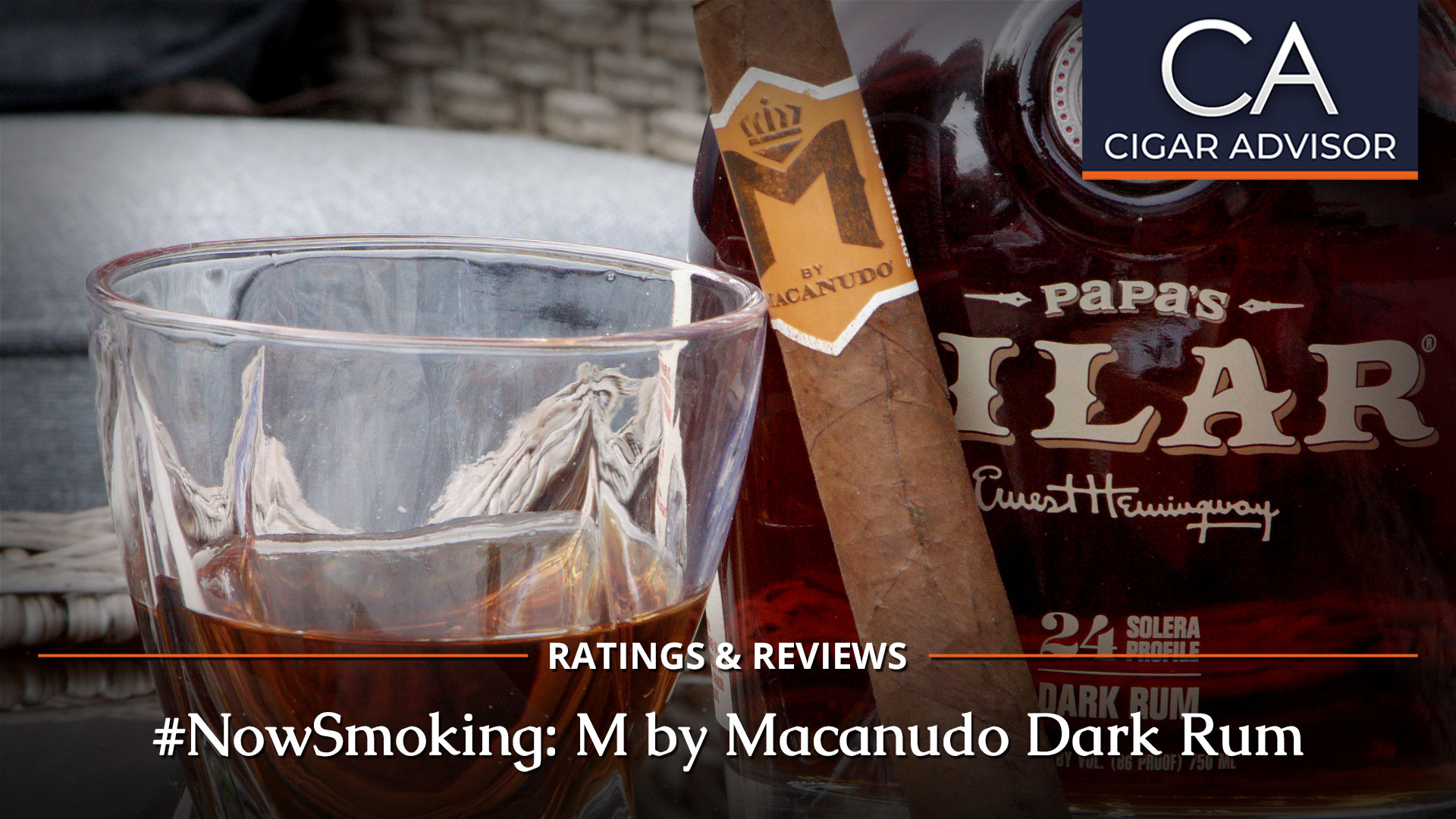 M by Macanudo—the brand’s infused line—seeks to deliver a premium cigar experience that’s at once familiar and a departure from the ordinary.

The three new flavors—Dark Rum, French Vanilla, and Mint Cocoa—come in one size, a 6” x 50 Toro, and use the same recipe of an Indonesian wrapper over a Nicaraguan binder and long fillers. The cigars are then infused using Macanudo’s proprietary process. 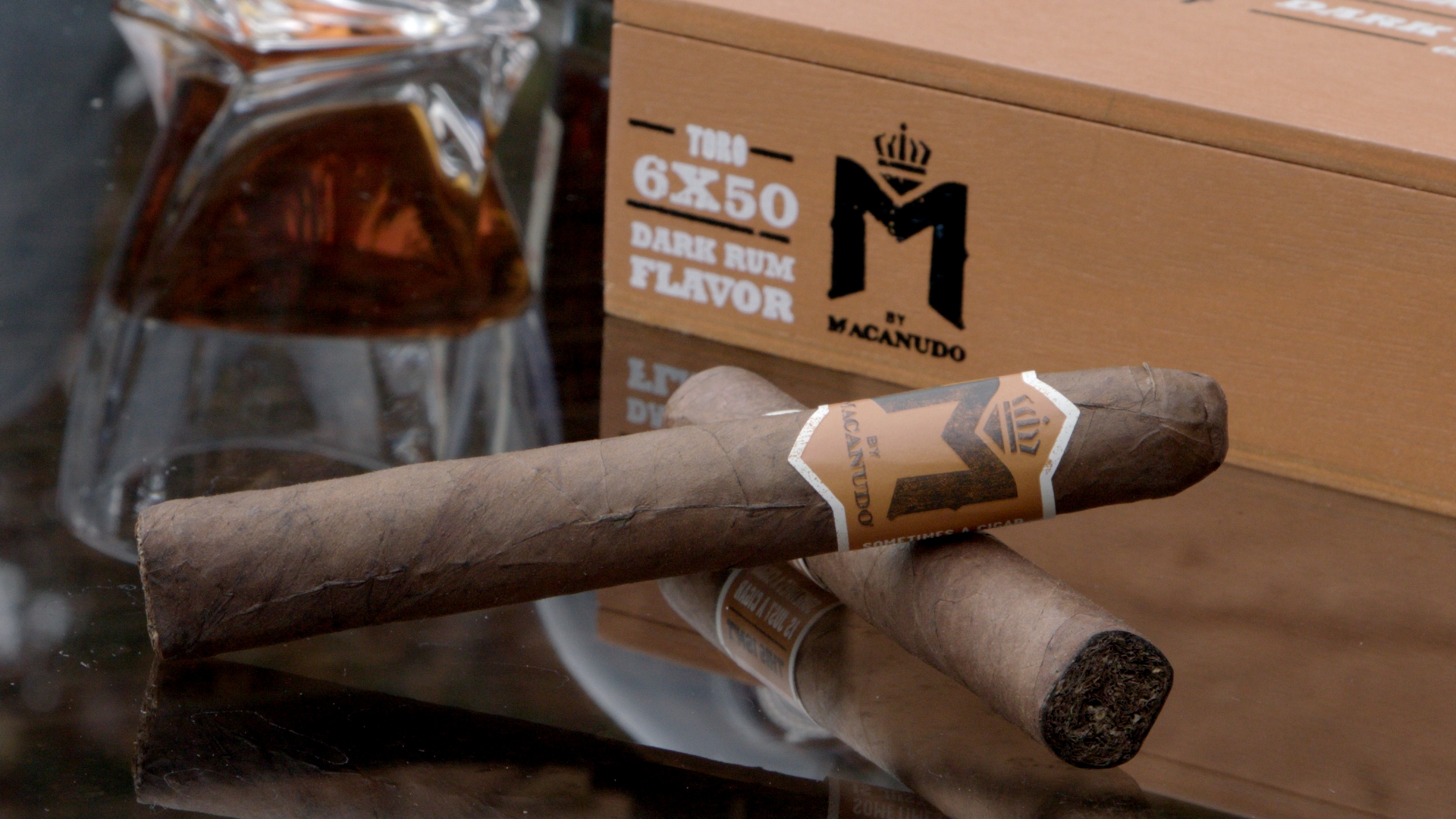 Today I’m trying the M by Macanudo Dark Rum. Let’s see if this cigar lives up to its billing in the opening act.

Right off the bat, and I mean immediately as I remove the Macanudo Dark Rum from its cellophane, I’m greeted with a pleasant, sweet smell. Closer inspection with the beak reveals a somewhat latent spicy component as well. 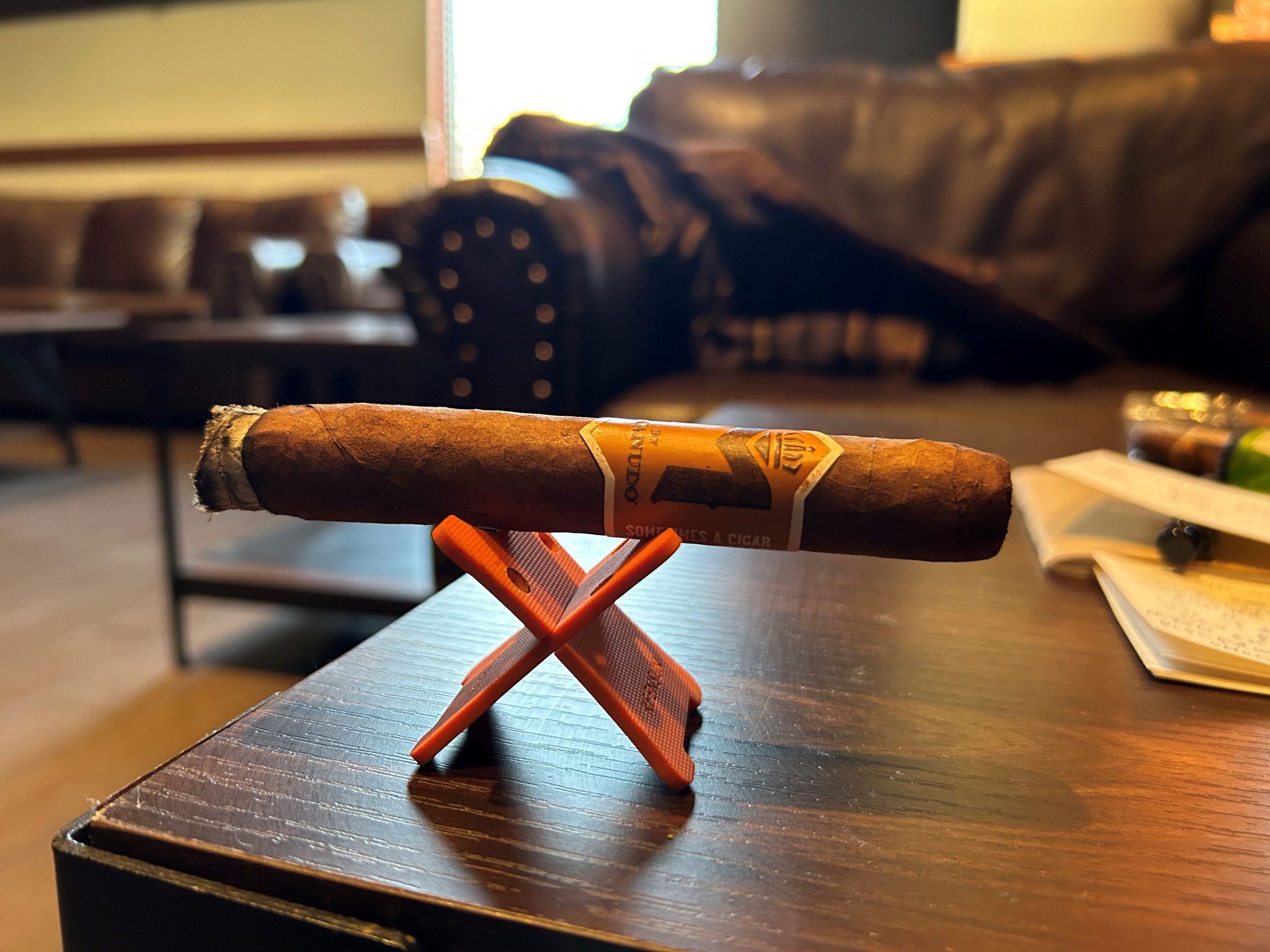 On lighting there is no mistaking this for anything but an infused cigar. And I have to mention the sweetness from the cigar’s tip—of the kind that leaves behind a sugary sensation. The flavors in the first third consist of strong dark rum notes, think sweet and fiery like a mix of kettle corn with a dusting of cayenne. On the more traditional end, I am picking up wood (like the inside of a barrel maybe) and earth to go along with the previously mentioned pepper. At the end of the first third, body and intensity are a solid medium and building.

Let’s see if this continues in the second act.

I’m getting into the second third of the Macanudo Dark Rum and I’m beginning to notice a transition into more of the traditional cigar realm. The flavors are there—and I’m talking the sweetness—but they’ve mostly receded into the background. 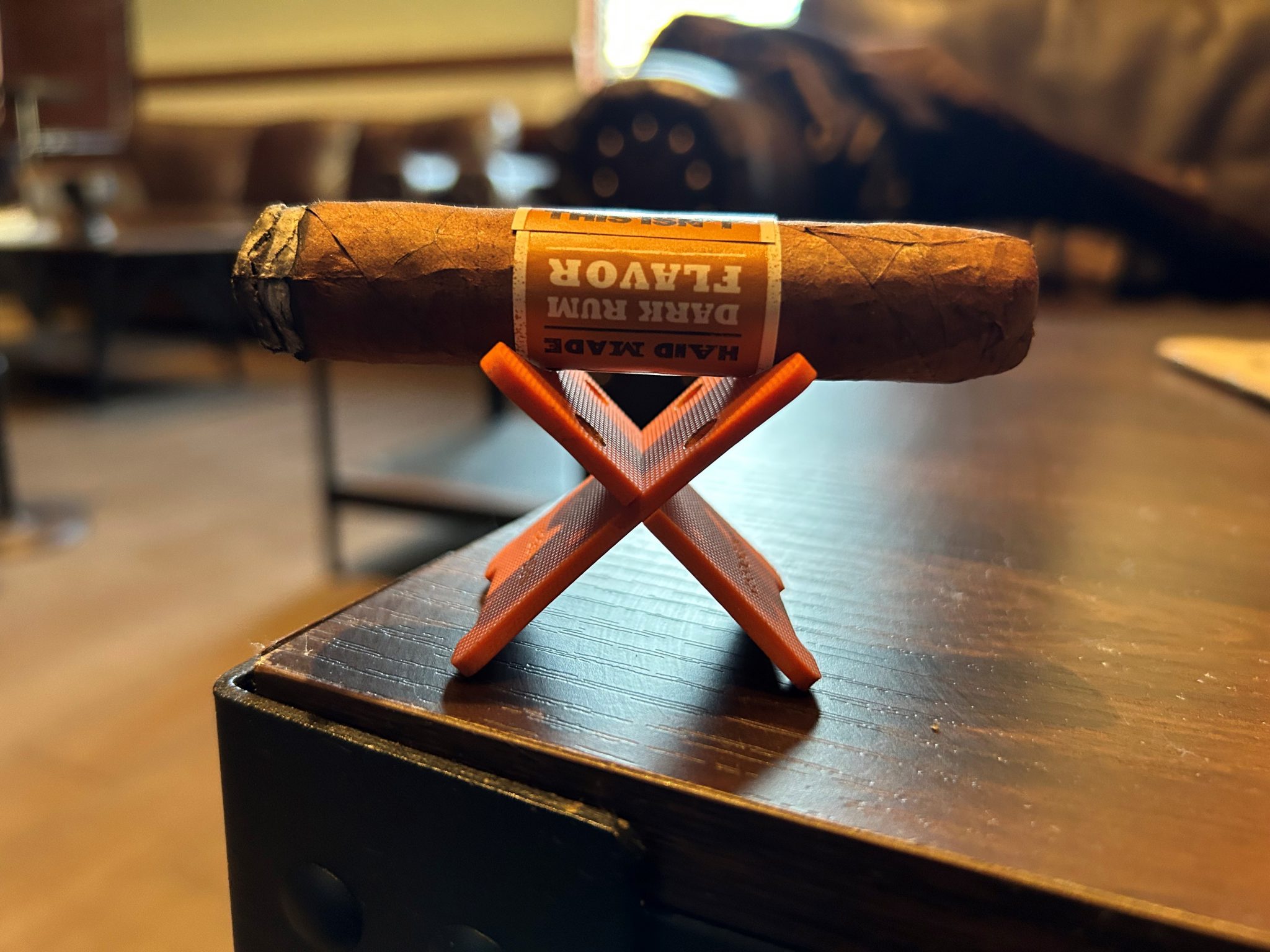 What emerges are notes of black pepper, earth, and dry wood that bring balance and complexity while steering the Macanudo Dark Rum into more traditional (and for some of us, familiar) territory. Body and intensity have increased to medium-plus and the construction has been faultless to this point.

Let’s see how it wraps up in the conclusion.

As the Macanudo Dark Rum reaches nub territory, not much has changed. The basic components are still present—sweet, spicy, savory—and it never strays too far past medium full. To break it down further, the balance of infused vs. traditional remains present with kettle corn sweetness offset by black pepper, dry wood, and earth. 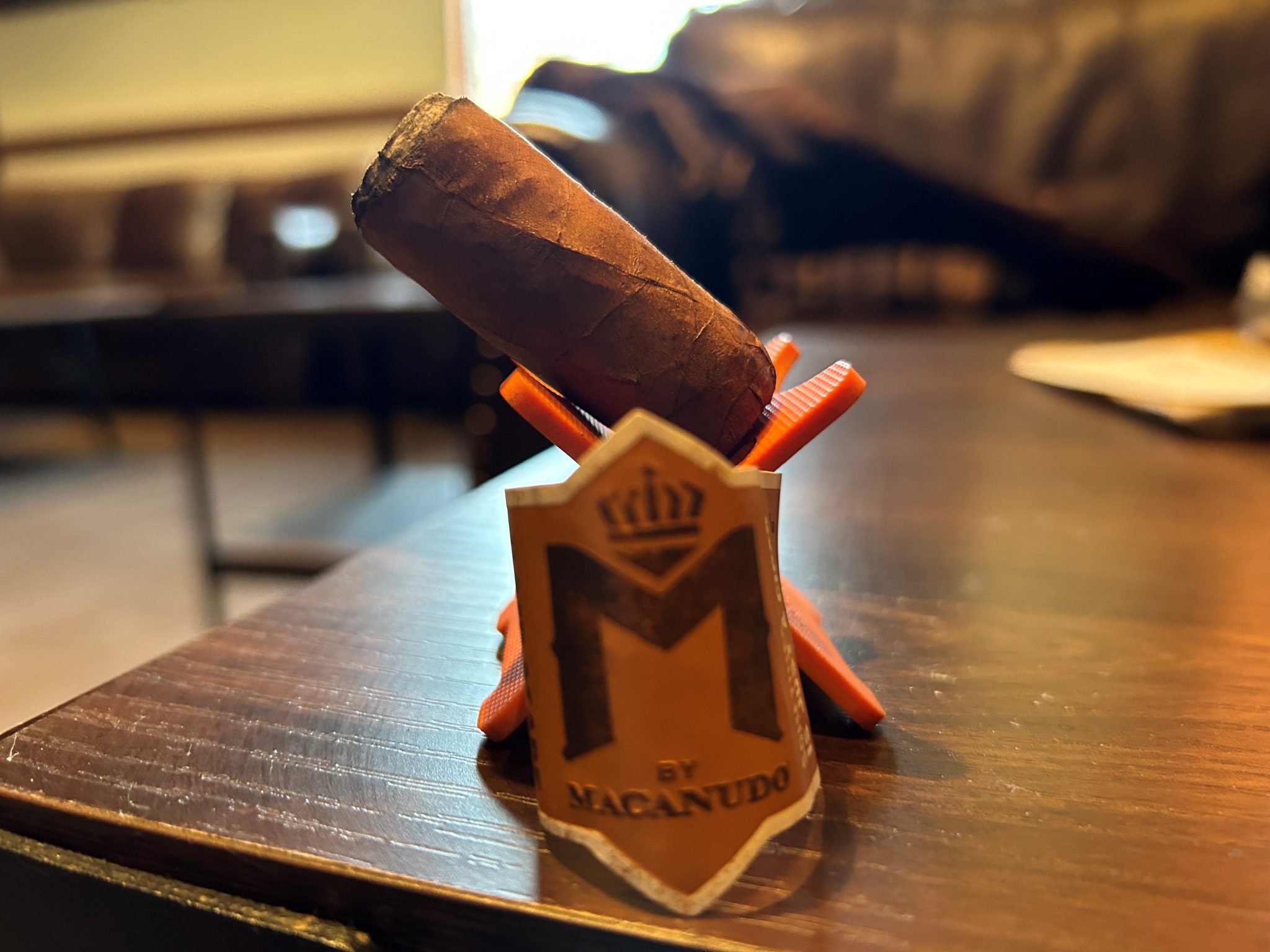 I had to try a dark rum along with this cigar, and I chose Plantation Original for this journey. I enjoyed a healthy pour over a couple of ice cubes. Other dark rums will suffice. 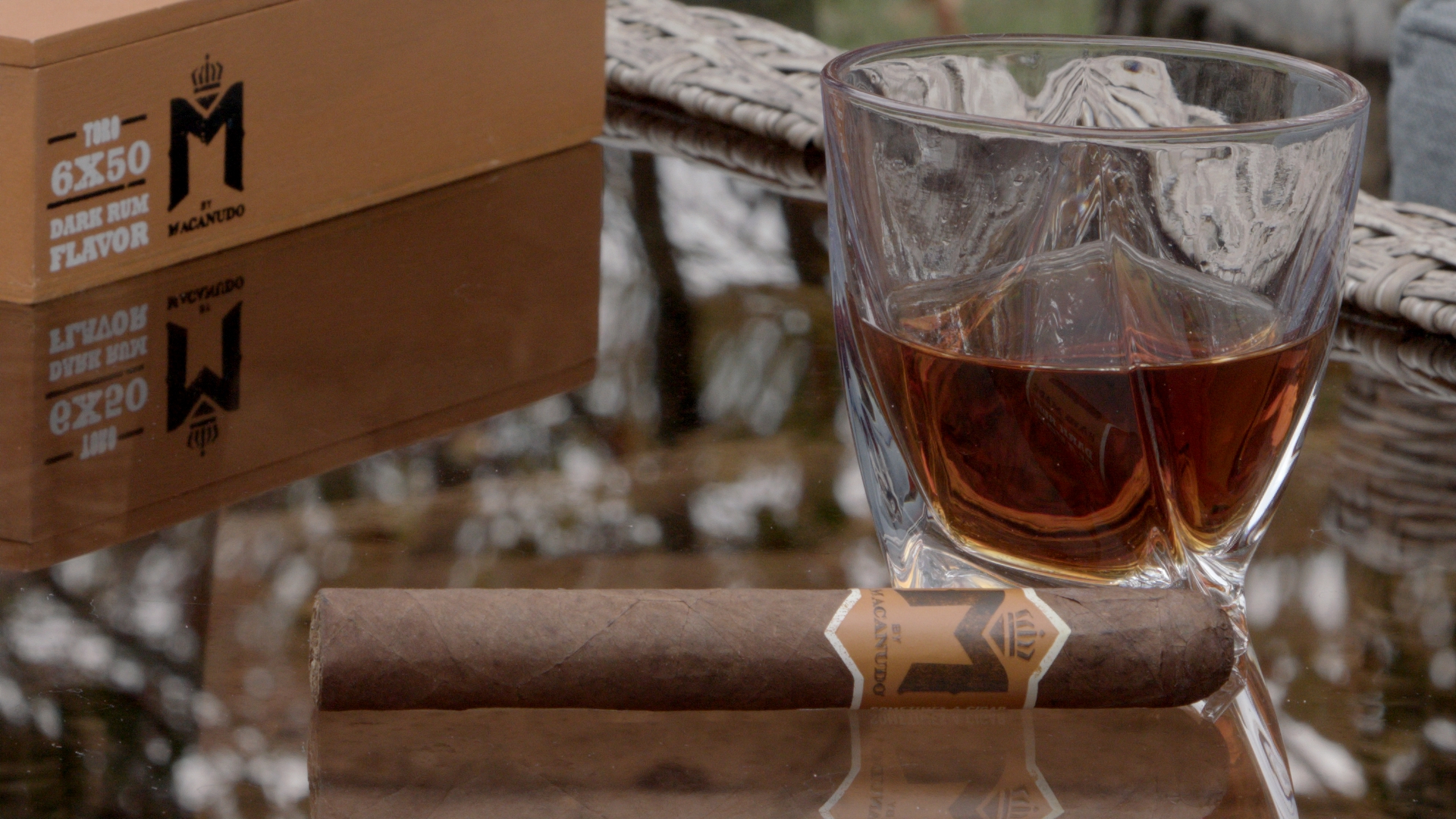 For some reason I was reminded of the poem The Road Not Taken while smoking the Macanudo Dark Rum. Not the whole poem—but the basic gist of it. The connection? Taking the road less traveled—or a cigar you might not normally pick—sometimes can make all the difference.

So, is it worth trying? Well, if you’re a traditional cigar smoker the M by Macanudo Dark Rum might surprise you. It most likely won’t convert you to a full-time infused cigar fanatic, but you might make occasions to enjoy one. For me, occasions to have a Mac Dark Rum would be when I’m looking for a cigar that I don’t need to pay attention to—like when I’m playing poker or dominos. Or if I were more athletic, golf.

Reading Time: 7 minutes They’re the top tool in a cigar smoker’s arsenal, but there are a few things about cigar lighters that maybe you didn’t know. Here are 5 that will up your flame game, no matter what level of cigar smoking experience you’ve reached.