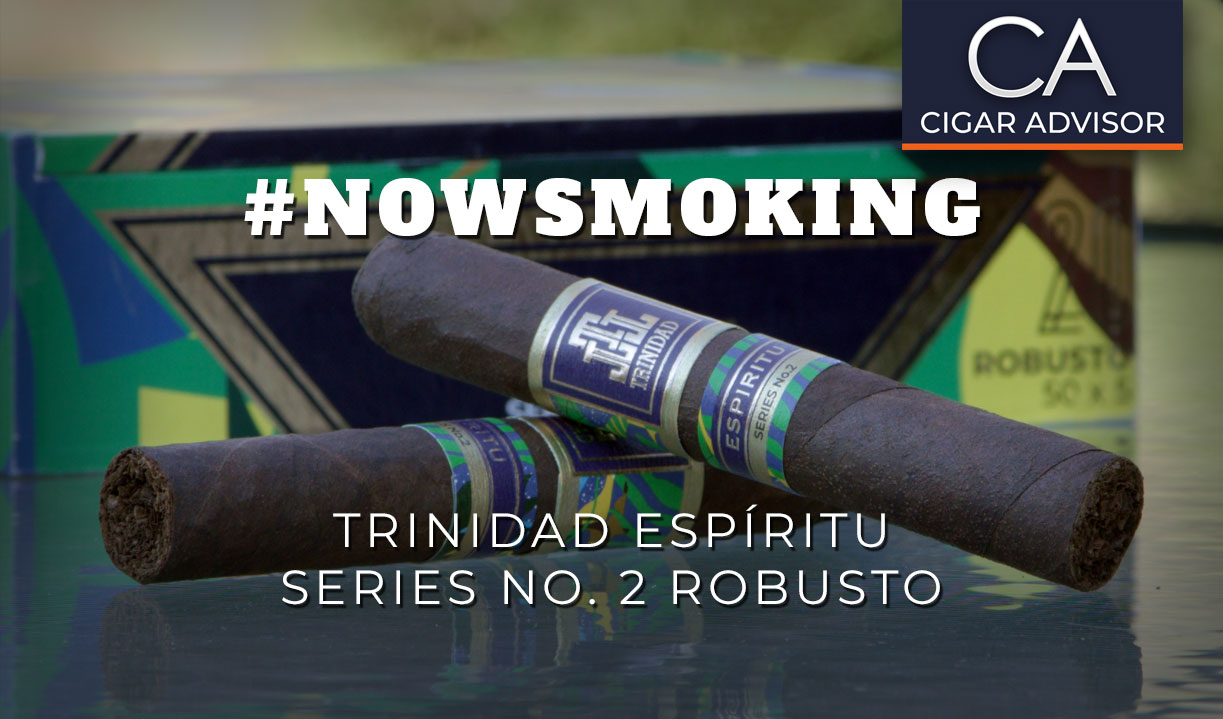 Presented in boxes of 20 cigars and singles

The Trinidad Espiritu No.2 Back Story

It’s good to know that tobacco companies like Altadis USA have kept many iconic Cuban heritage brands [up-to-date] by reinventing them with tobaccos from countries outside of Cuba. Case in point: two years ago, Altadis’s Tabacalera USA division announced the first release in a three-part “Espiritu” series that pays tribute to the 50th Anniversary of the famed Trinidad brand. 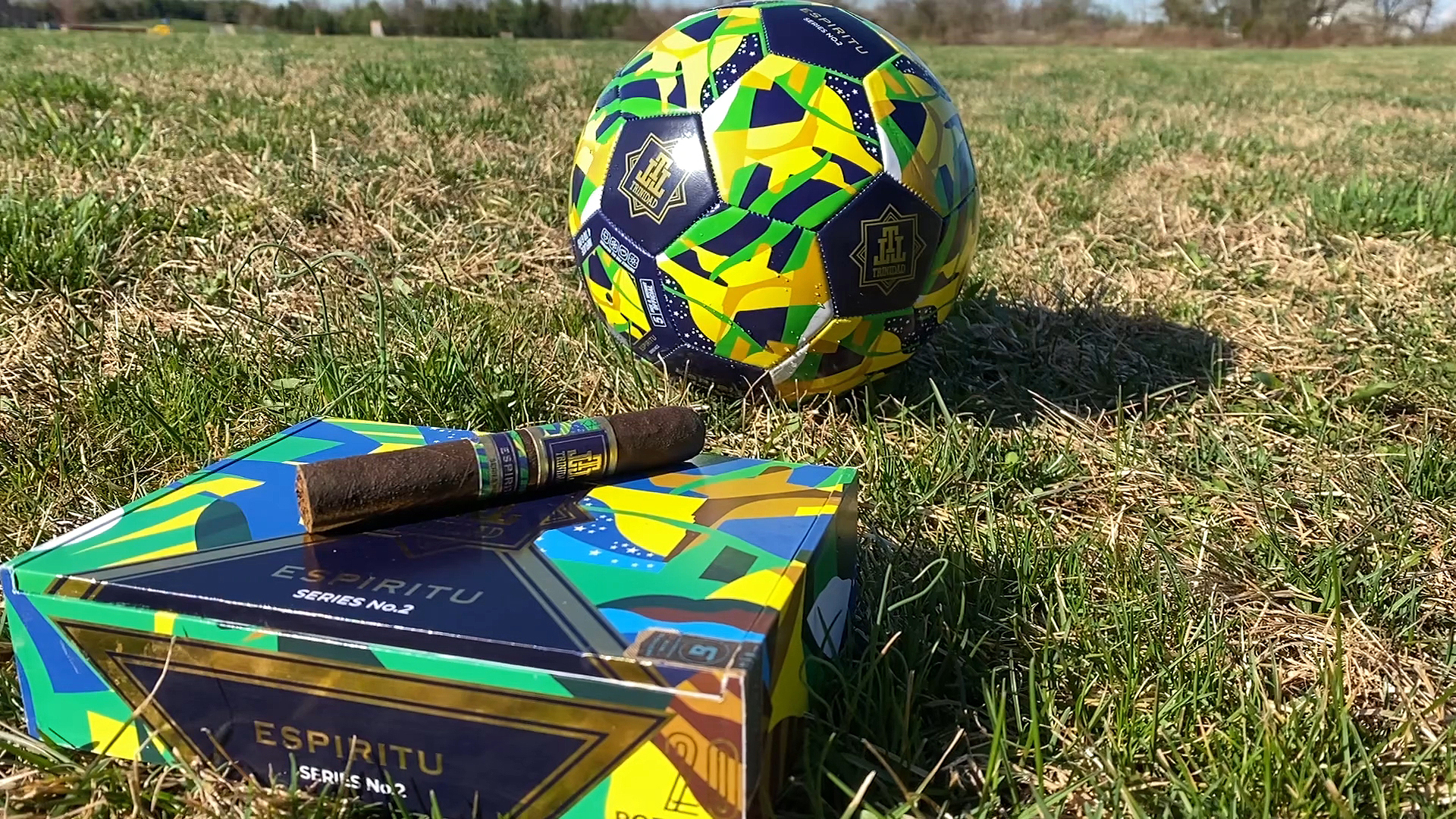 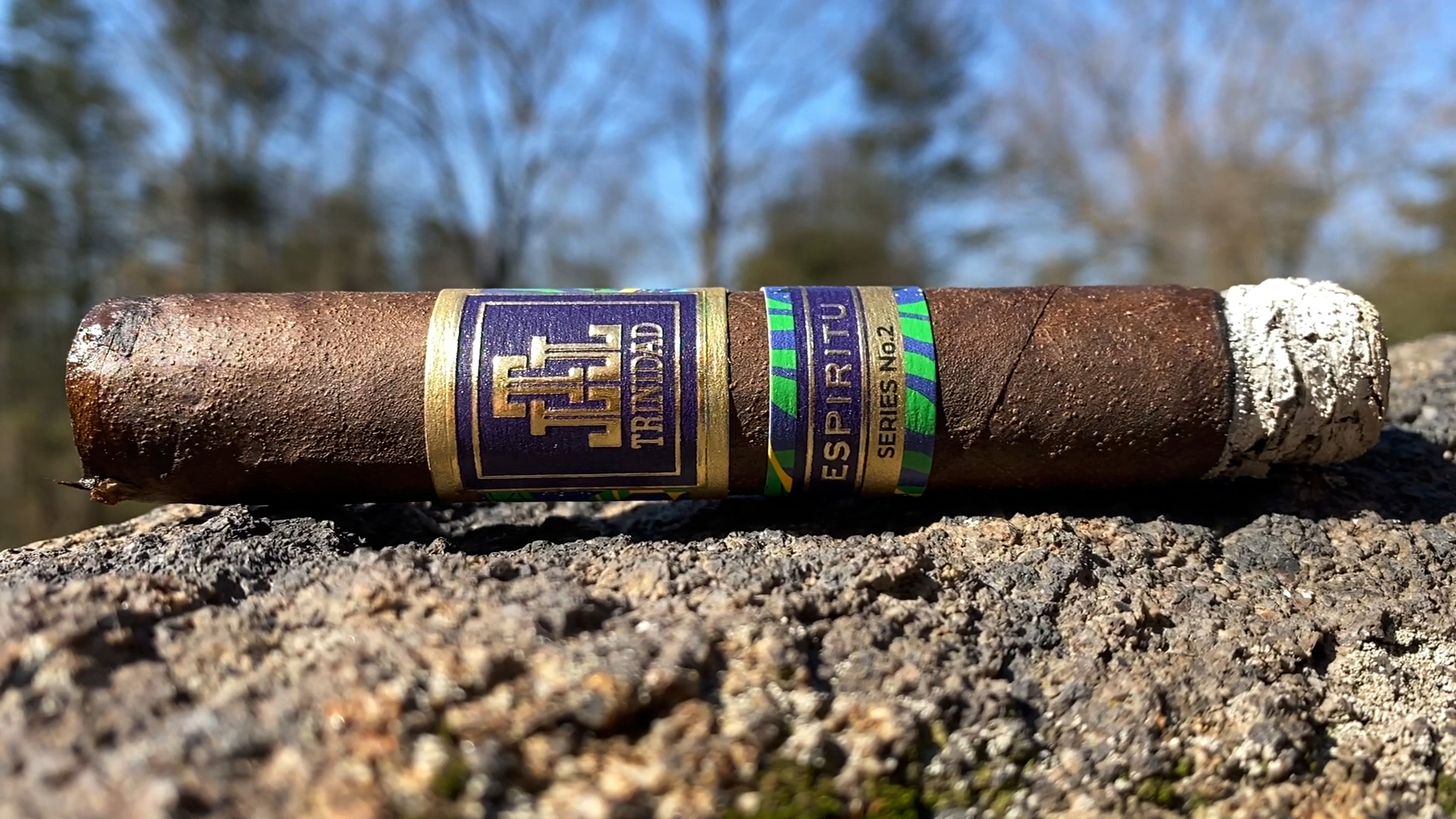 The second, and most recent release is the Trinidad Espiritu No. 2, inspired by the country of Brazil. Once again, Rafael Nodal and AJ Fernandez were back at the drawing board. The Espiritu No.2 utilizes a dark, oily Brazilian Arapiraca wrapper with more teeth than a Great White shark, plus a Nicaraguan binder and Brazilian & Nicaraguan fillers. 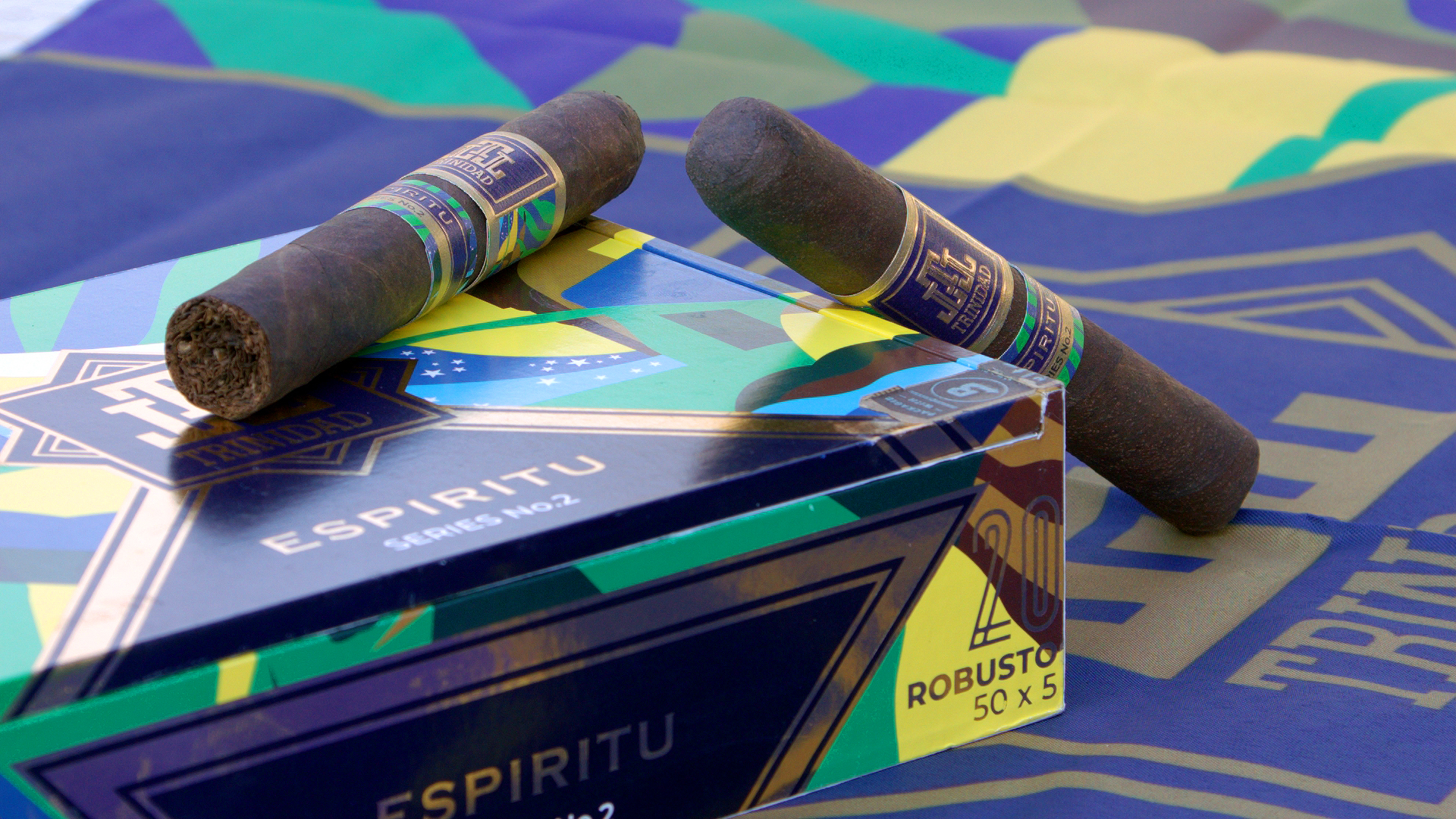 “With Trinidad Espiritu Series No.1, we took you on a journey to the ‘golden years’ of the Caribbean,” explains Nodal. “With Trinidad Espiritu Series No. 2 we are taking you to the heart and soul of the exotic, flavorful country of Brazil! This cigar, featuring a Brazilian Arapiraca leaf as the wrapper, will deliver an experience that AJ Fernandez and I are extremely proud of.”

The Trinidad Espiritu No.2 selection is also a regular production cigar, and like its former bandmate, is handcrafted at Tabacalera AJ Fernandez in Estelí, Nicaragua. 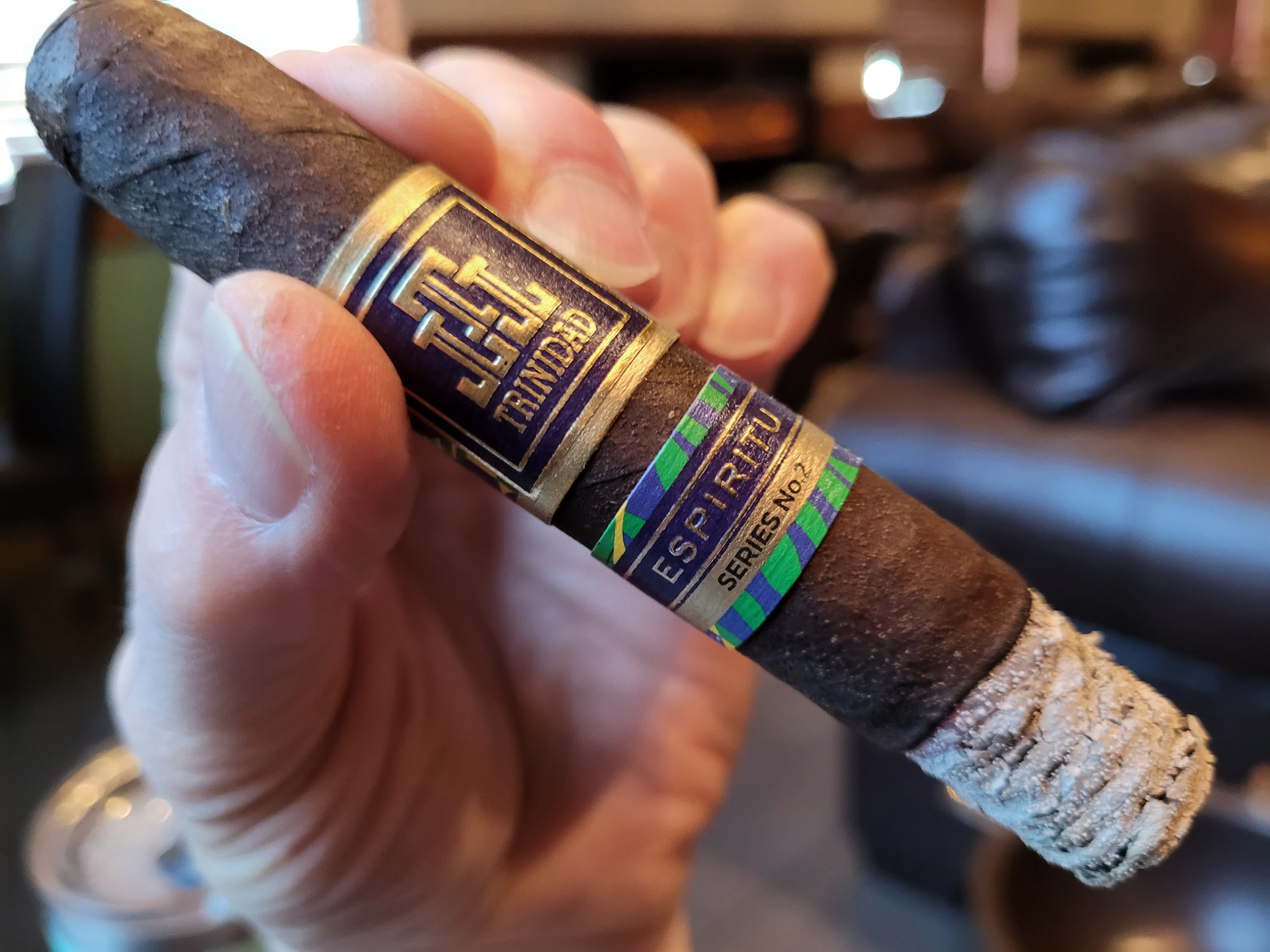 Construction: Skillfully packed and rolled, the Espiritu No.2 Robusto has a shimmering, dark chocolate-colored maduro wrapper that’s seamlessly rolled—and I mean, seamlessly. No soft spots anywhere along its body either. The cap is a triple seamer and just a slight bit lumpy in appearance. A sniff of the wrapper and foot was sweet and fruity, respectively.
Draw: Just right.
Cold Draw: My pre-video sample was quite salty, but my on-camera cigar had more of an earthy taste.
Toasting and light: The cigar lit well, but it’s very oily, so it should be lit patiently. The initial puffs were decidedly peppery on the order of crushed red.
Base flavors: Woodsy earth, salt, pepper, black coffee, and cinnamon.
Aroma: Spicy.
Retrohale: Smooth and fairly spicy.
Burn & Ash: Excellent. Both of my samples burned beautifully revealing a firm and almost solid grey ash. 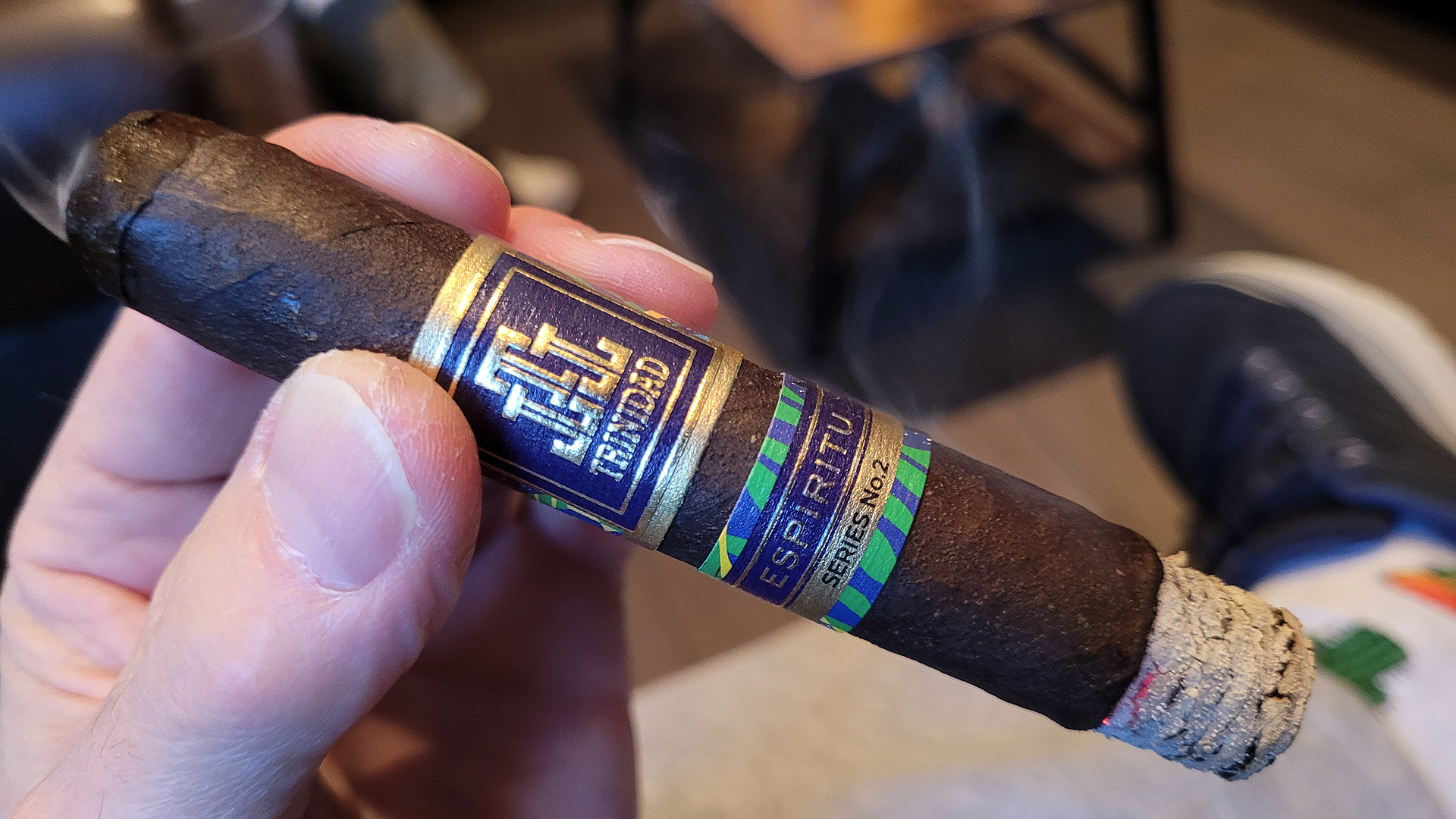 I was a little surprised my Robusto started-off so spicy, but patience paid-off. It rounded-out at about the three-quarter-inch mark. Most of the flavors were on the tart, fruity side with some underlying earthiness. As the cigar began to reveal more ash, I could see that it was burning perfectly. The smoke was also smooth and creamy. The flavors were still a little tart, then began tilting a little towards woodsy. Some earthiness remained in the mix, and I could sense that this cigar, although medium in body at this stage, could be heading toward a bold conclusion. 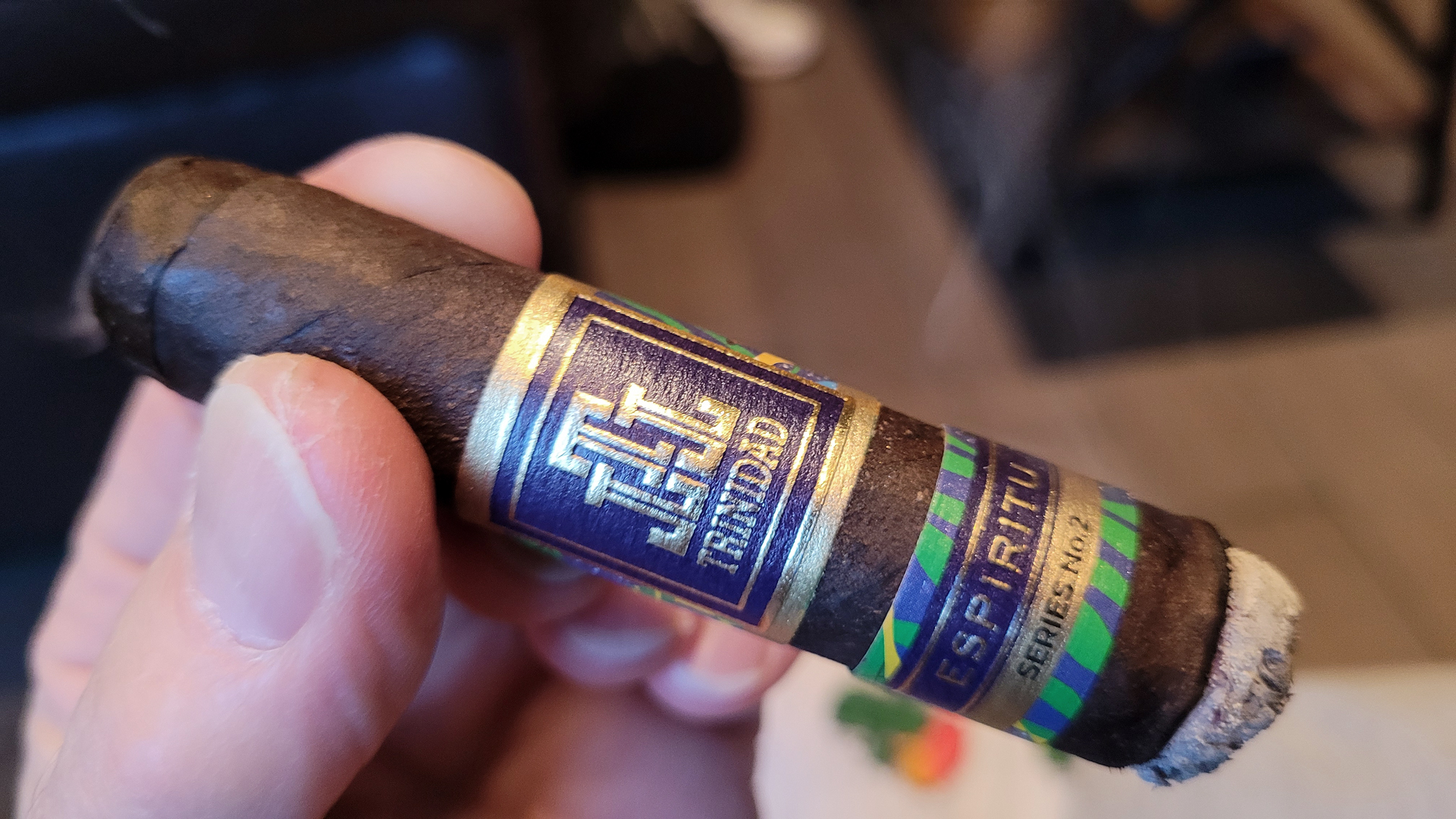 This section was pretty similar to the previous one, locking into a very earthy, woodsy, and tart profile. Plus, the cigar I smoked with Jared in this video was a more complex at this stage than my base sample. I was also picking up some black coffee and even a little cinnamon. The burn on the cigar remained excellent, revealing an attractive cone when ashed. It’s now starting to get pretty bold, but it’s not overpowering. To sum up the flavors at this stage, the cigar was very spicy and woodsy with a subtle hint of sweetness. 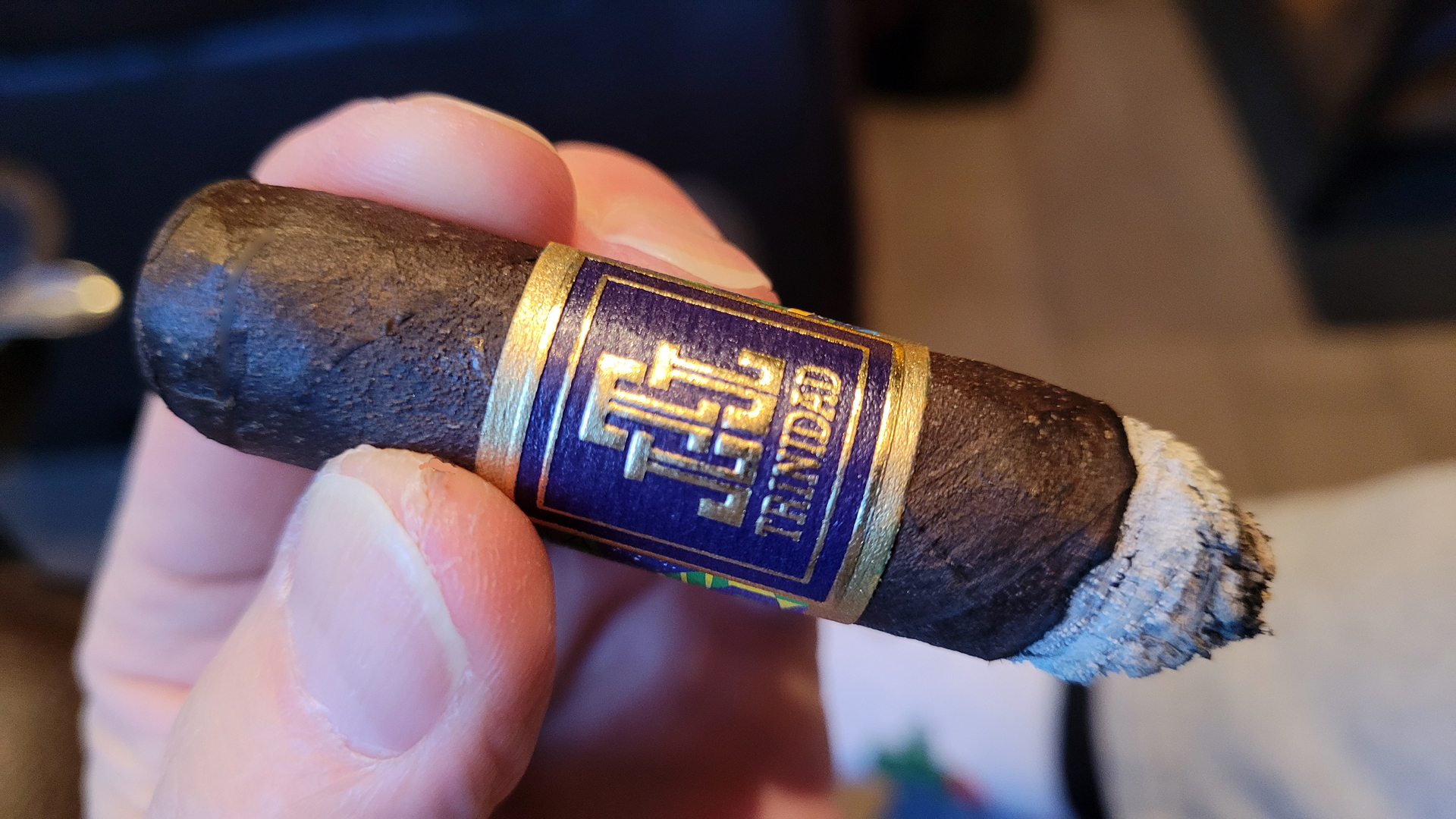 Imagine the part of the roller coaster when the heart-stopping descent from its highest arch begins. Yes, this section really cranked-up the boldness while the base notes remained pretty much intact, but with more intensity. The smoke continued to be thick, creamy and smooth with a spicy finish, yet the smoke was never heady or overpowering, resulting in a safe and satisfying landing. 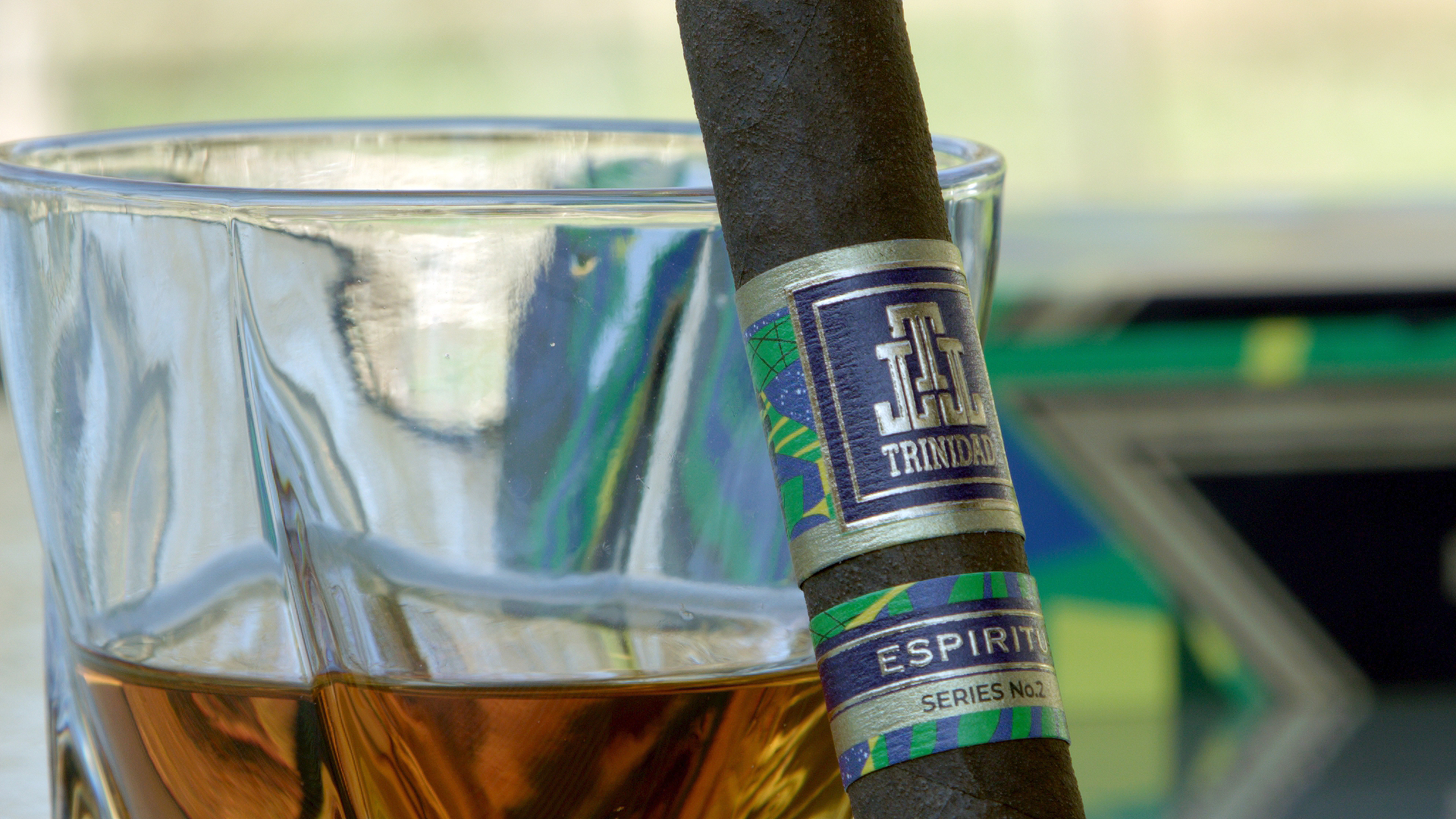 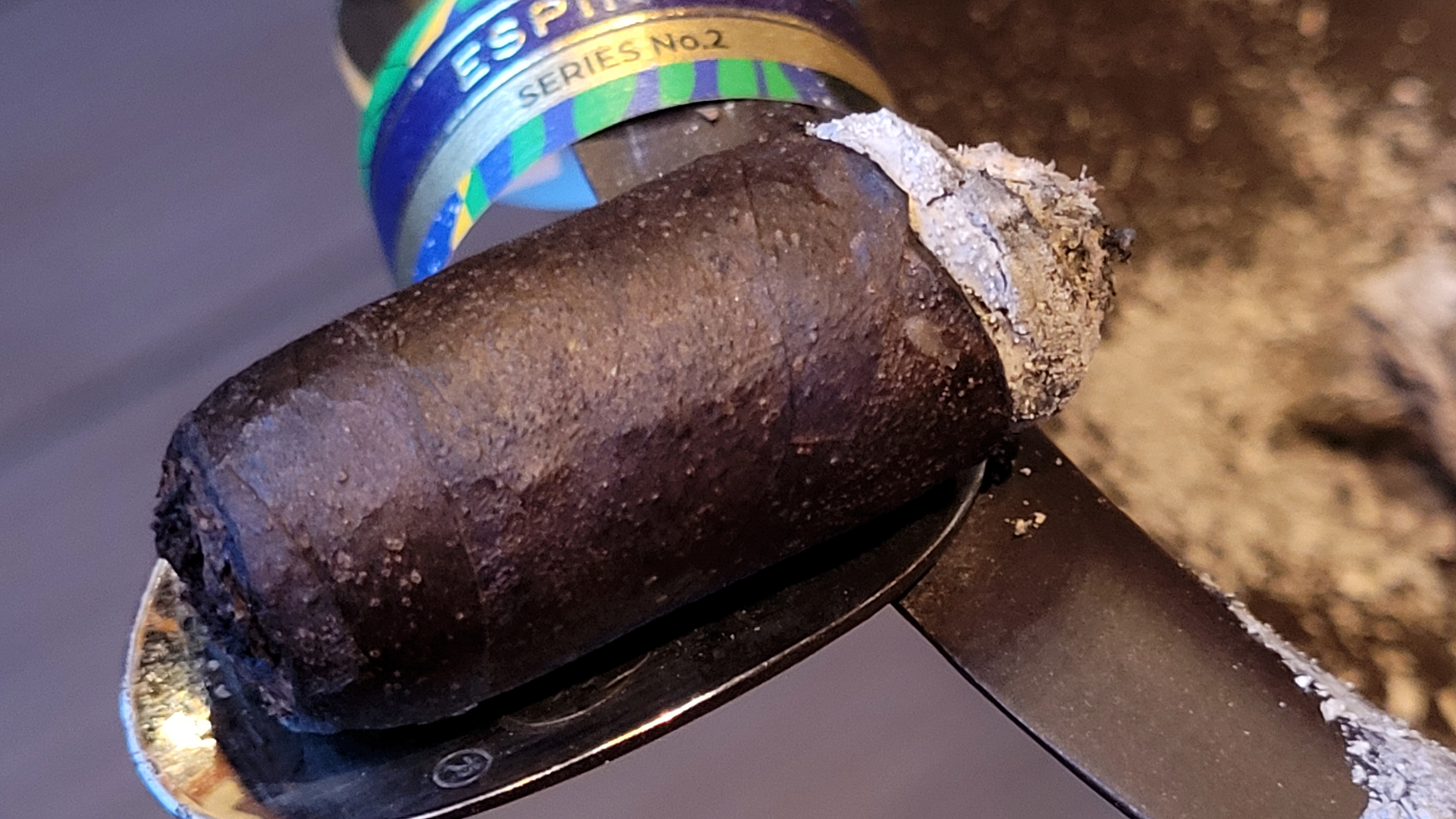 For one, I expected my Robusto to be a lot sweeter. Perhaps some other sizes are. Yet that aside, it’s very good and extremely well made, but definitely geared more toward the experienced smoker. As noted, it’s not overpowering, but I think newer cigar smokers may want to wait a little, or at least start with the Espiritu No.1. Rafael and AJ did another wonderful job on the cigar and even I would like to return to the Espiritu No.1 to compare. Also, since it’s very refined and does deliver a more aggressive mix of dark flavors, I feel that it’s the kind of cigar that might be best enjoyed after a good meal. Sure, there’s some heavy leaf in this cigar, but it’s well balanced and I predict it will receive some excellent rating scores before the end of the year.