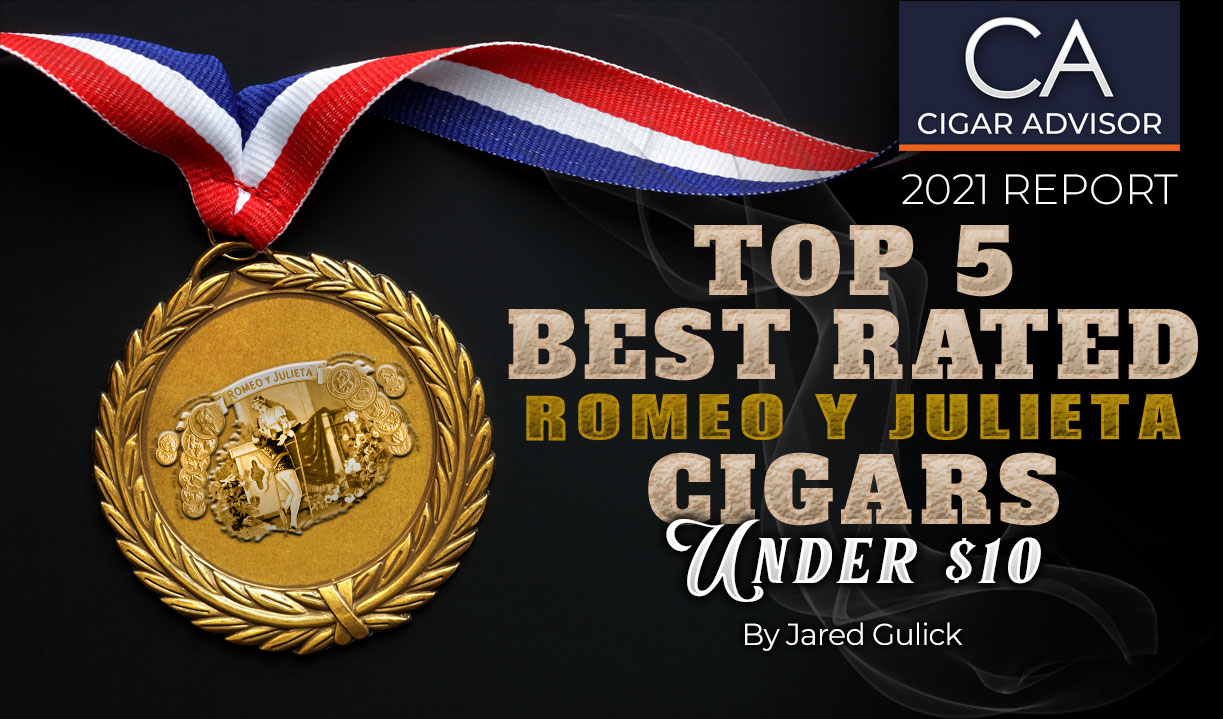 There’s no two ways about it. Romeo y Julieta is one of the most celebrated cigar brands of all time. A mere 10 years after the brand’s introduction in 1875, Romeo y Julieta had earned a trophy case full of gold medals for flavor. Medals that the brand proudly showcases on their logo to this day. But when former Cabañas factory head, José “Pepin” Rodriguez Fernández, took the reins in 1903, RyJ was rocketed into cigar stardom. It was even Winston Churchill’s favorite brand.

Unlike many Cuban brands that have a contemporary in the American market, in this case, it’s Romeo y Julieta’s Cuban arm that borrows the name. After José’s passing in the early ‘50s, and the encroaching Cuban revolution, the original Romeo y Julieta company moved their headquarters to the Dominican Republic and has been there ever since. And you don’t need us to tell you that they’ve kept up the pace. Yesterday’s gold medals are today’s 90+ ratings. RyJ earns them with a consistent track record spanning almost 150 years.

Don’t take our word for it…or theirs

But cigar ratings don’t always tell the whole story. At least not the ones in those bougie magazines. They’re all based on one opinion. One ridiculously overdressed reviewer speaking for an estimated 12.2 million (and rising) cigar smokers in the U.S. alone. Hardly all-encompassing, right? That’s why we’re not even offering our own take – three reviewers aren’t much better. With our Top-Rated series, we’re demoting the suits and putting the power of ratings in your hands. Because, here at Cigar Advisor, your opinion is the only opinion we care about.

After searching through the entire Romeo y Julieta catalog, we’ve landed on the top-rated cigars for each blend. To qualify, a blend must attain a minimum of 10 reviews averaging at 4.5 stars. Whichever size has the highest average customer rating is the one we highlight. No bias. No favoritism. Just the feedback you want without searching hours to find it.

One more thing. We upped the ante with one additional rule: every Romeo y Julieta cigar featured in this guide is under  $10/stick at press time based on the box price.

Have a Romeo rating of your own? Drop us a comment below and tell us what you think!

Not only is the Romeo y Julieta House of Capulet Toro Famous’ best-selling house blend, but it’s the best-selling and highest-rated Romeo on their shelf. Period. That’s some serious love, even for a brand that’s all about romance. The blend’s silky notes of vanilla, cedar, and toast smokes sweet thanks to a medley of Honduran and Nicaraguan core tobaccos and a golden Ecuadorian Connecticut wrapper. It’s a stick that transcends typical Connecticut flavors without losing the mellow character you’d expect from it. You can even try the House of Capulet Famous 80th if you wanna see what it’s all about in a box press.

Romeo y Julieta 1875 is often the first ‘real cigar’ a budding cigar smoker lights up to take off their training wheels. The blend is medium-bodied and favors notes of oak, cedar, and nuts with faint spices and even some more peppery moments. That’s because of its classic blend, a consistent staple for decades: Dominican long filler leaves, an Olor binder, and a genuine Indonesian Java Sumatra wrapper. Even to veteran smokers, like us, this Cedro Deluxe No. 2 serves as a breakfast cigar that never bores.

The Romeo blend that keeps it real. With a more traditional approach, Romeo y Julieta Reserva Real cigars are bred for the Connecticut purists. Spices stay on the lighter side thanks to a balanced recipe of Dominican and Nicaraguan tobaccos and an Ecuador Connecticut on top. Flavor and strength wise, the blend is medium-bodied, creamy, and imbues all the cedar, earth, and creaminess you could ever ask for. At their price and consistency, Reserva Real is affordable enough to hand out to your buddies for some delicious tee time fun.

Romeo y Julieta has made a name for itself by staying middle of the road. You could even say they’re typically all-inclusive. Romeo rarely make a cigar that goes in heavy, but when they do, you’re in for a tasty ride. One such heavier cigar is Romeo y Julieta Reserve – a love letter to full-bodied cigar fans everywhere. Here’s what’s under the hood: a cinnamon-hued Nicaragua Habano wrapper with a potent tobacco core from Nicaraguan and Honduras. Together, they dish out some seriously sweet and spicy flavors of earth, coffee, and dark wood. Romeo y Julieta Reserve is a must-have for any Romeo fan.

To call something vintage…it can’t just have some age on it. It also has to stand the test of time and become a classic. Fitting that bill is the three-year-aged Dominican Olor tobaccos in Romeo y Julieta Vintage. Not only do they have that coveted flavor-building age, but they’re blended with an Ecuador Connecticut wrapper. Mouthwatering is an understatement. Like most of Romeo’s Connecticuts, Romeo y Julieta Vintage goes above and beyond – this cigar with delicious flavors of cedar, cream, nuts, and even a hint of citrus. We’re talking luxury premium expectations on a budget, and it’s hard to improve from that.

Reading Time: 3 minutes This week in Top New Cigars, we review CAO BX3, El Rey del Mundo, and All Saints. See which ones you should be smoking before summer ends!

Reading Time: 6 minutes The Bolivar cigar brand may conjure up images of the golden age of Cuban cigars. But there’s another Bolivar, Bolivar Cofradia, blended in Honduras by the late Estélo Padrón. Here is our review of the Churchill, along with all the surprises this big boy had for the Panel…