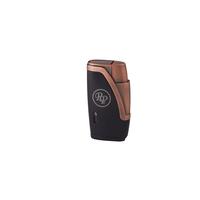 Rocky Patel Decade Toro Tubos are one of the most sought after additions in the famous Rocky brand of cigars. Rolled to celebrate Rocky's 10th year in business, these traditionally box-pressed cigars take traditional form with nontraditional flavor via an all-Nicaraguan core and Sumatra wrapper.

100% of reviewers recommend this product
write your own review
5.0 stars
Great Cigar!
for Rocky Patel Decade Toro Tubos
by Timothy Doherty in ND on September 27, 2018

The RP Decade cigar is smooth right down to a great finish. The Decade toro tubo is a very good smoke for any occasion. I love sharing this Cigar with my friends because I always get compliments on what a great cigar it is.

I was given cuban COHIBAS before and they are great but I stumbled into RPatel Toro 6.5x52 and to my tastes they are better.

... read more
5.0 stars
The best Cigar I have had.
for Rocky Patel Decade Toro Tubos
by Steven Lopez in New York New York on January 28, 2012

I was given the Rocky Patel Decade Toro as a gift. I was told this Cigar has a similar profile to the La Aroma De Cuba Edicion Especial. Which I love dearly. This one came in a beautiful ornate tube. This is celebrating there 10 year anniversary . This is a full bodied cigar with a Dark rich oily Maduro Wrapper.Strength: Full BodiedOrigin: HondurasWrapper: MaduroShape:StraightSize 6 1/2x 52 I have viewed images of this cigar and most turn out to box pressed. The one I received was not. I am not sure why this one was different but it does not make it any less amazing. As mentioned before this cigar has a beautiful oily chocolate brown appearance. There were no soft spots on this cigar and the construction appeared solid with no stems or blemishes. The pre draw was a bit like coffee grinds. The draw was a bit tight which made it difficult to evenly light. I had to make some adjustments to even out the burn. The first few puffs gave off a very pleasant aroma. Sort of like raw chocolate beans and black cherry (WOW!). The first third produced thin smoke. Im guessing this is due to the tight draw. But the flavor kicked some serious ass. Chocolate. Tons of Chocolate and Cream. One hour in and I am only in the second third! I had to adjust the burn once again since I had trouble during the first lite. The second third became more complex; chocolate flavors were still at the forefront and black cherry, coffee and almonds soon came into the mix. By this time I already decided this is the best cigar I have tasted up to this point. I can say this tops the La Aroma De Cuba Edicion Especial. The draw opened up and I began to get nice thick plumes of white creamy smoke. The cigar continued to burn at a cool temperature. It is one hour and 45 minutes since I first lit up this cigar and I am now in the last third. The ash stays firm for three inches and would probably hold further if I did not ash it out of fear of dropping ash on my shirt. This is definitely a quality roll. all the wonderful flavors (Chocolate, Coffee, Black Cherry, Almond) remained and now I am getting a bit of Cedar wood. Usually I am not into this flavor coming in but it definitely worked out in this case. I cannot believe how slow this cigar burns. This is definitely a good cigar to sit back relax and enjoy life. Unfortunately I received a text message telling me I had to hurry downtown to meet with someone so I could not smoke this down to the nub which I am certain would be as delicious as the first part of the last third. I enjoyed this smoke as long as I possibly could before I had to part with it. Overall this cigar is amazing. Great construction and appearance and beautiful flavor profiles not to mention a wonderful burn time. If you have some time on your hands I recommend the Rocky Patel Decade Toro 6 1/2x52 with PorterHouse Oyster Stout or Southern Tier Chocolate Mokah.