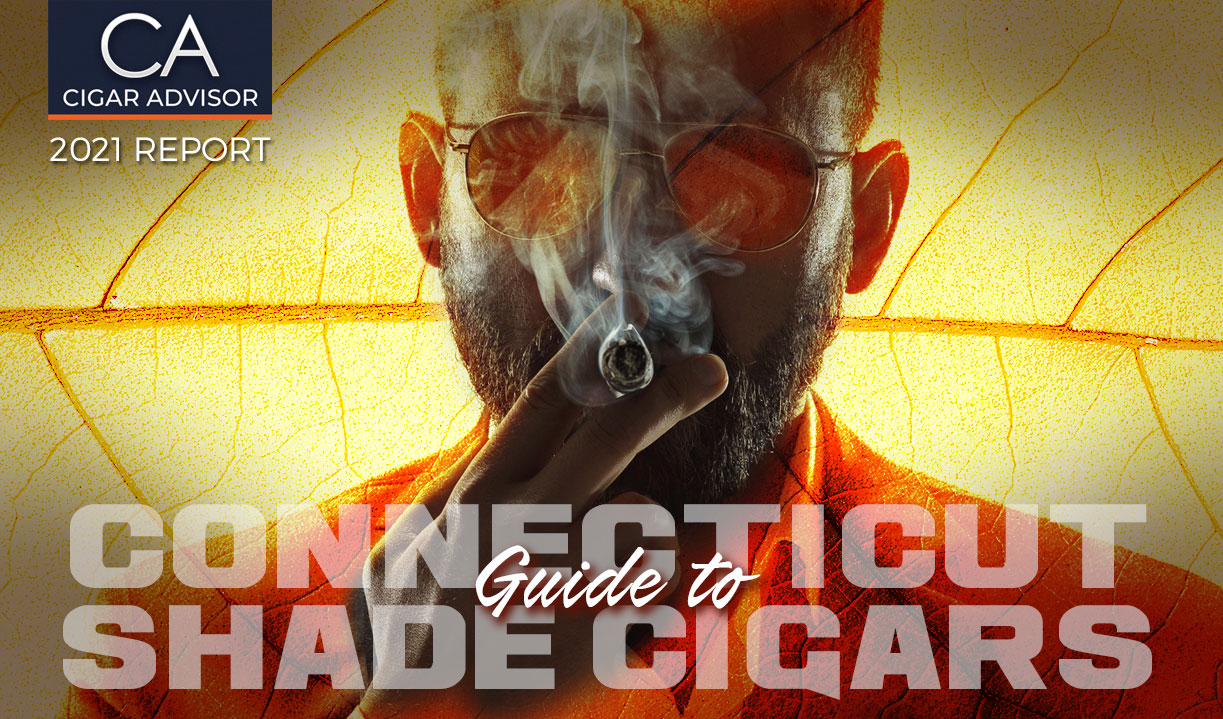 To paraphrase Dylan, ‘I started out on Connecticuts, but soon hit the harder stuff.’

They say you never forget your first. And like many others, mine was a fair and golden beauty dressed in a silky Connecticut Shade. What I didn’t know, however, was that the wrapper draping the Avo Classic No. 9—the premium that ignited a passion that sustains me 30 years later—wasn’t even grown in Connecticut. But before we get to Ecuador, let’s look back at the Connecticut River Valley and how this tobacco leaf came to be made in the shade.

Tobacco cultivation began in the Connecticut River Valley—an area stretching from just north of Hartford and into Massachusetts—in the 1600s. But it wasn’t until after the Civil War and subsequent increased competition from Indonesia—in the form of Sumatra tobacco—that the Connecticut Shade wrapper was born. 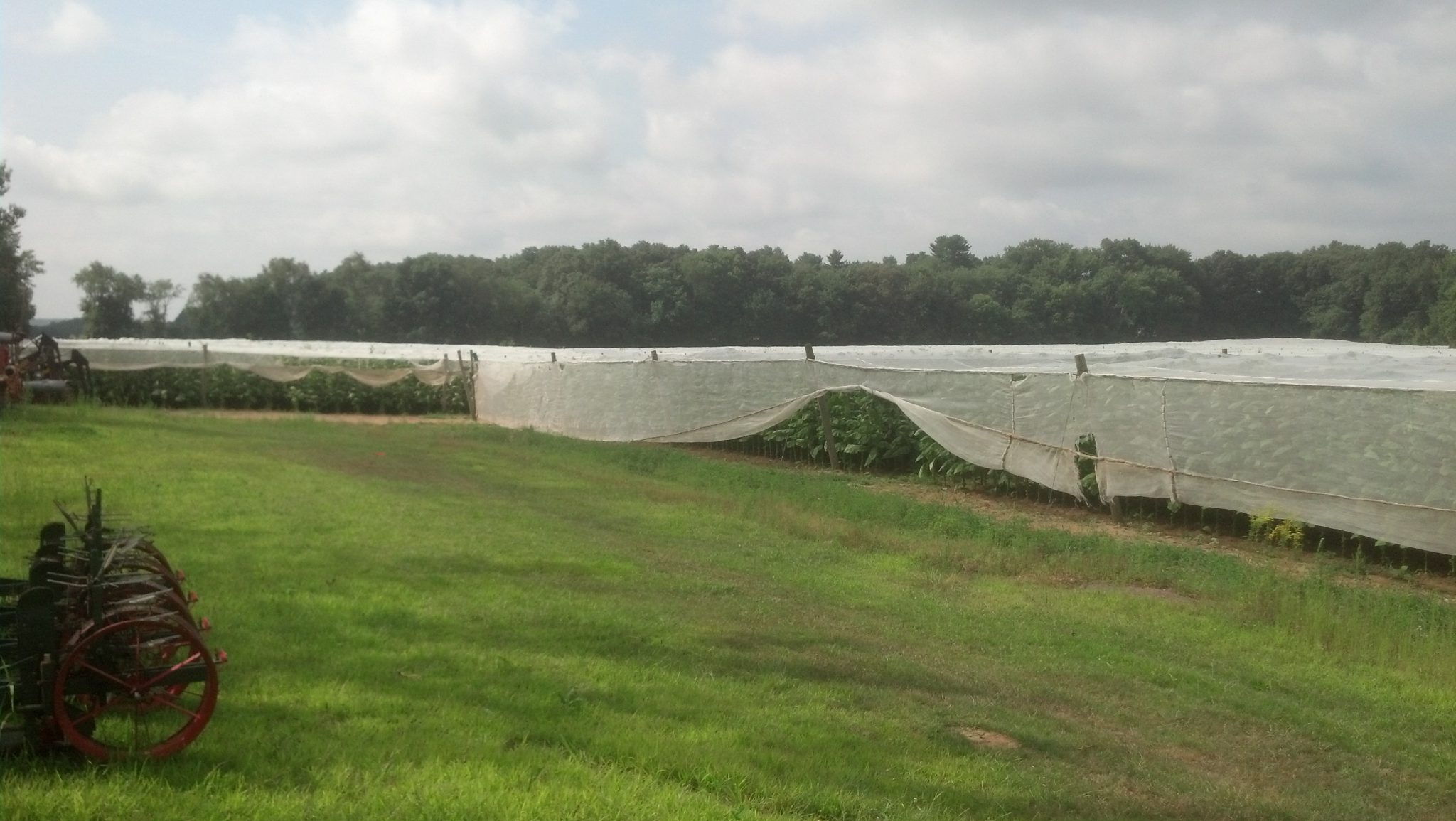 By 1900, using Sumatra seed as a base, a hybrid was successfully grown under wide bands of translucent cloth—called a tapado—to mimic the humidity and shade cover of Indonesia. The resulting Connecticut Shade leaf was up to the task and today is one of the finest wrappers around.

Today you’ll find Connecticut Shade tobacco grown in places other than Connecticut—like Ecuador, where the climate and natural cloud cover eliminate the need for cloth. The resulting wrapper leaf is thinner with a smoother texture. That’s not the only difference however, as the soil—or terroir—also plays a factor. 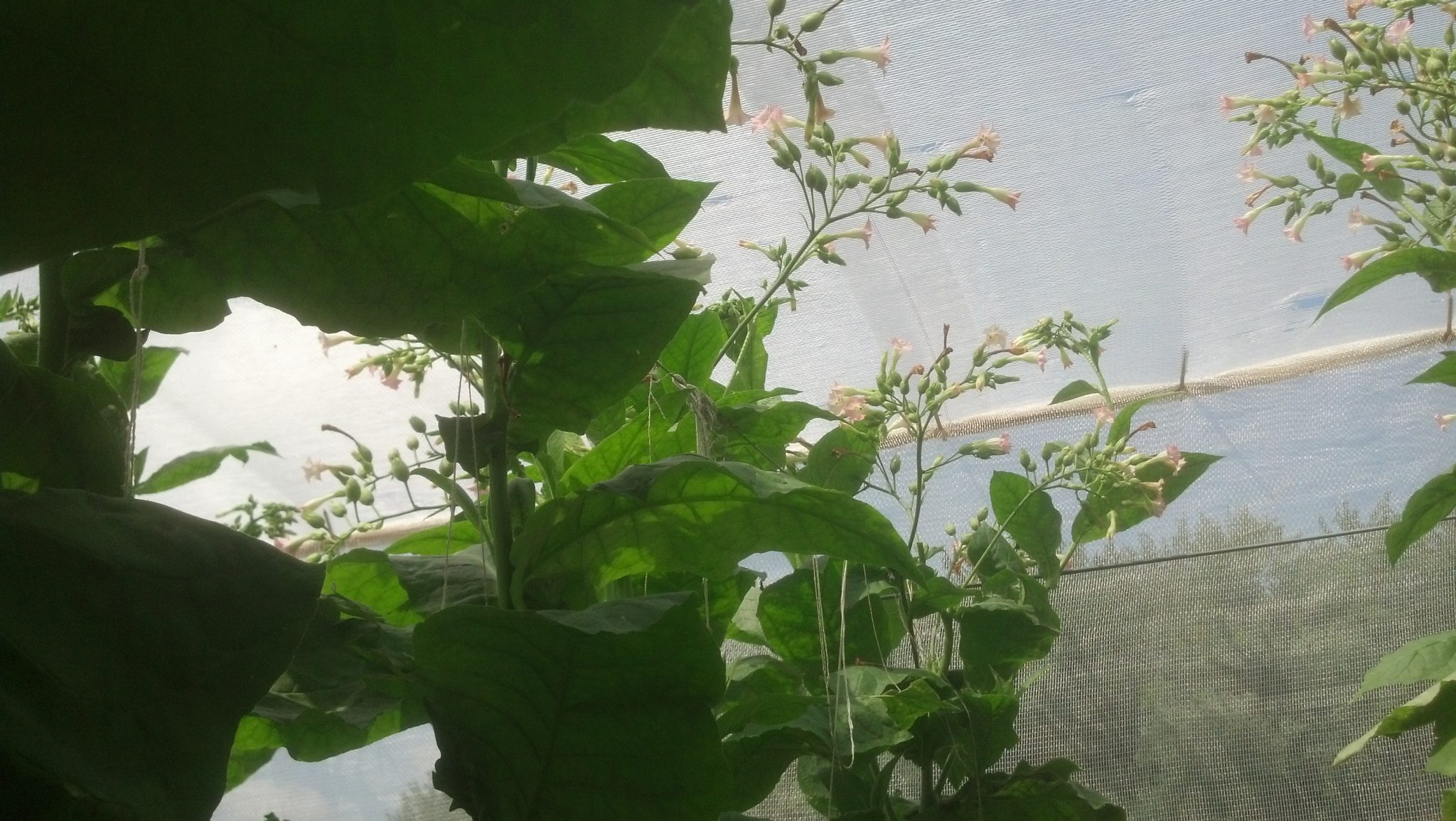 But enough of the history lesson, let’s get to the good stuff—the cigars. Included below are blends spanning from old-school mellow favorites to new-school Connecticuts with a kick.

If your grandfather enjoyed an occasional cigar back in the day—it was probably a Montecristo. A choice Connecticut shade wrapper tops off a blend of premium Dominican long-fillers, displaying notes of wood and earth with a crisp, light spice to finish. Try the No. 2—it’s the staple—and see for yourself why the Montecristo Classic is considered the standard bearer of Connecticut Shade wrapped cigars.

If it wasn’t a Monte, it was a Mac. Macanudo are among the top selling cigars in the world and have been the first love for many enthusiasts. Dominican and Mexican long fillers give off notes of bright tobacco along with earth and nuts that’ll tantalize your palate. A great chance to experience the mellow and creamy profile enthusiasts consider the ideal in Connecticut Shade cigars.

Oliva made their mark with high-octane blends, and Connecticut Reserve broke the mold. Utilizing an Ecuador Connecticut Shade wrapper over a core of bold Nicaraguan long filler, this blend strays from the herd. With a solid mild-medium body, flavors entice—including cedar and coffee with underlying spice. A mellow cigar suitable for full-bodied enthusiasts, I’d recommend trying Oliva Connecticut Reserve for a welcome change of pace.

Camacho is known for full-bodied, potent, and intense cigars. Or was. With Camacho Connecticut, the brand made serious inroads with fans of milder cigars without alienating their core base. This blend features an Ecuador Connecticut Shade wrapper over Honduran and Dominican tobaccos with flavors of cream and vanilla, with hints of coffee and citrus. Consider making space in your rotation for Camacho Connecticut – I’ll bet you find it a refreshing alternative.

The black sheep of the My Father family. Draped with a flawless Ecuador Connecticut Shade wrapper hugging a blend of prime Nicaraguan long filler tobaccos, this cigar remains mellow in the face of an onslaught of flavor. Construction is perfect as it progresses through notes of baking spices, chocolate, and earth displaying complexity and balance. Add My Father Connecticut to your cigar family and see how a spice master tames the fire.

Not your granddaddy’s mild Connecticut. This medium bodied handmade is dressed in an Ecuador Connecticut wrapper embracing vigorous long fillers from Nicaragua and the Dominican Republic. Crafted to honor Sharon Holt—wife of Southern Draw’s founder, Robert Holt—this blend does its muse proud with a wonderful profile reminiscent of leather, oak, and earth. Definitely top-notch and worth a try if you’re looking to have a crack at the new school of Connecticut wrapped cigars.

The next step forward in Connecticut wrapped cigars. Featuring a hardy blend of premium Nicaraguan Corojo and Criollo tobaccos grown on Aganorsa’s farms, this blend cranks up the flavor without sacrificing the character of its wrapper. Notes of vanilla, cedar, and black pepper keep this blend entertaining from first light to finger burning nub. Bonus: this premium is priced for everyday enjoyment.

This limited-edition beauty features only the best Nicaraguan long fillers from Estelí, Condega, and Jalapa and is dressed in an elegant Ecuadorian Connecticut wrapper. Smooth and balanced, you’ll be greeted with cedar, spice, and flavors of toast while the creamy texture and balance will remind you of cigars costing twice as much. It’s time you give this limited edition a spin.

This cigar features a Connecticut Shade wrapper over a Connecticut Broadleaf binder making it one of the few premium handmades with a U.S. Connecticut wrapper/binder combination. A stout core of Nicaraguan long leaf tobaccos completes the blend and delivers a familiar undercurrent of spice. Well-balanced, creamy, and toasty with additional notes of hay, coffee, cedar, and leather, this is one cigar that outperforms its price.

A smooth stunner, Shade is the second Undercrown released by Drew Estate. This celebrated Connecticut comes loaded with Dominican Criollo ’98 and Nicaraguan Corojo and Criollo tobaccos, a Sumatran binder, and seductive Ecuadorian Connecticut wrapper. The Undercrown Shade is medium bodied and loaded with flavors of toast, nuts, spice, and cream, with light sweetness present throughout. This may be Willy Herrera’s magnum opus and stands out as a Drew Estate blend worthy of prime real estate in any enthusiast’s humidor.

It’s time to reevaluate cigars with Connecticut Shade wrappers. No longer the domain of newbies and grandfather’s, these blends have undergone an evolution to keep pace with today’s enthusiast. With so many choices encompassing the flavor spectrum, it’s about time to reserve some room for Connecticut Shade cigars in your rotation.

Certainly the author didn’t mean to say that the wrapper “…accounts for about 7% of the entirety of every single cigar…” since this would mean very little. I believe he was looking for roughly 70% which would account for a considerable amount of the cigars strength and flavor.

I believe he meant by weight

I really enjoy the HdeM Excallibur, but there are others not on this list that I enjoy also… Oliva Connecticut Reserve, La Perla Cobre, and 5 Vegas Gold. What others do you people enjoy?

Beautifull cigar bands, I dont have in my coleccion, its possible send me ?? [email protected] thanks

I mailed a few to you

BRING THIS SAMPLER BACK!

The Perdomo Reserve 10th Anniverary Champagne in the super toro size, or any size for that matter is more than worthy of this list and my go to for treating closest friends! A marvelous blend…

Concur with Conrad on the Excalibur… an awesome stick and more flavor than the usual suspects! Another worthy CSG is the Rocky Patel Vintage 1999 Connecticut!

Reading Time: 4 minutes This week we’re reviewing Rocky Patel Disciple Half Corona—the line extension coming in a small  package. Watch the review to see if it’s worth a try!

Reading Time: 5 minutes Straight from the CA humidor – it’s Room101 Farce by Matt Booth, a boutique cigar with creamy notes of nuts, wood, and spices that’s been getting a ton of buzz. The question on our minds is…does it live up to the hype? Tune in and find out now!