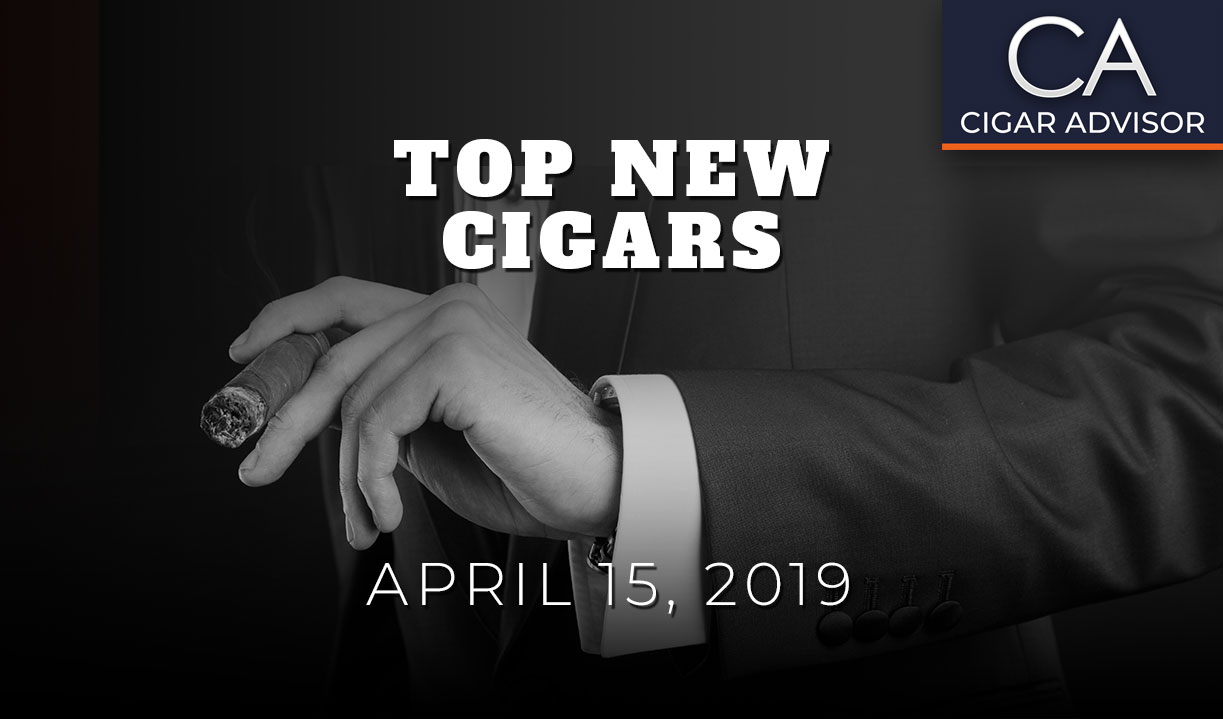 It’s hard to believe that summer is merely a stone’s throw away, but it’ll be here before you can say, ‘hold my beer,’ ahead of doing something you’ll assuredly regret. This point of spring is a perfect time to season your humidor – as you should at least twice a year – and in doing so, you may find a few stogies that just don’t do it for you anymore. It’s never healthy to stay in a relationship that isn’t mutually beneficial, so send those boring sticks packing and try your hand at these six new cigars that were crafted to reignite the flavor flame. As a bonus, we start things off with a trifecta from Archetype – bringing the grand total to eight delicious smokes that are new, or you may have missed when they debuted…but either way, deserve a fresh look.

They say that the best things in life come in threes. Godfathers, Stooges, Pyramids – and that’s where Archetype Fantasy Miniseries Curses comes in. As part of a triple series of Robustos, its notes of cocoa, nuts, cream, and nutmeg will leave you wanting more. You could grab another, or you could pick one of the others; Crystals – with its sun-grown wrapper and Cloaks – another Broadleaf-wrapped treat. With their reasonable prices, you certainly won’t be needing three jobs to afford them.

The line for the Easter Bunny at the mall stretches all the way back to that hallway coffee machine that hasn’t been filled since the Reagan administration, and your weekend is evaporating before your eyes. When, or if, you get home, you’re going to want a strong cigar that melts away the aggravation that only 200 screaming children can muster. Balmoral Serie Signaturas Dueto might be the stick for the job. Its full-bodied prowess exudes dry nuts, pepper, and a floral finish that only Royal Agio can deliver. With prices starting at less than ten bucks a stick, you can shell out for a bunny costume to save yourself the same headache next year!

The living room has been transformed into a mini H&R Block with your tax forms strewn about, and just when you thought you were going to need to file an extension, that last W-2 straggled in to save the day. Now that you’re filed and current, it’s time to peruse the internet of things to find some cigars to spend that fat refund on. San Cristobal Ovation are decadent super premiums you might want to consider. With a full-bodied platform built upon cocoa, earth, wood, and spice, these smokes hit the mark every time.

Just when you were about to click checkout and rebuild your cigar collection for spring, your better half hands you a repair bill for the riding mower. Bummer! Good thing there’s San Pedro de Macoris. Another on our list that hails from Royal Agio, these thrifty premium cigars are teeming with medium-bodied swaths of cream, cedar, coffee, bread, and nuts, all for proverbial pocket change. If you’re looking for something a bit stronger and more flavorful, there’s also an option with a Brazilian Arapiraca Maduro available! You don’t have to spend a chunk of cash to get humidor-worthy smokes, and that means you don’t have to decide between paying bills and stocking up…

Kurt Kendall released these cigars to commemorate the life of his late son, William, who passed in 2011. It’s hard to think of a finer cigar to serve as a tribute. With notes of earth, leather, sweetness and spice, these smooth smokes are medium-bodied and check nearly every box a cigar enthusiast sets for their expectations. Celebrate a life well-lived with Kurt and the rest of us here at Cigar Advisor.

Your pals finally convinced you to go with them to see the eleventeenth installment of that terrible movie franchise you hate. Two and a half hours of bad one-liners and plenty of plot holes later, you’re hankerin’ for a full-bodied smoke to rid your mind of the nonsense. Room 101 Hit & Run Part Deux is up to the task! An all-star cast of pepper, earth, leather, spices and nuts combine to produce a sequel actually worth experiencing.

What new cigars have you tried recently? Was there one you thought we should have covered? Let us know in the comments below and as always, stay tuned for the next edition of Top New Cigars!

Cool Article Very Helpful, I wanted to start a spice Business but could not choose the correct spice packing machines but thanks to you now I can.

Thanks for the update, Its look cool to read, nice article.

Reading Time: 5 minutes Hey, there! Looking for something new? Check out this listing of the finest new cigars the tobacco industry has to offer, including ACID, La Gloria and CLE. Click here to see them…