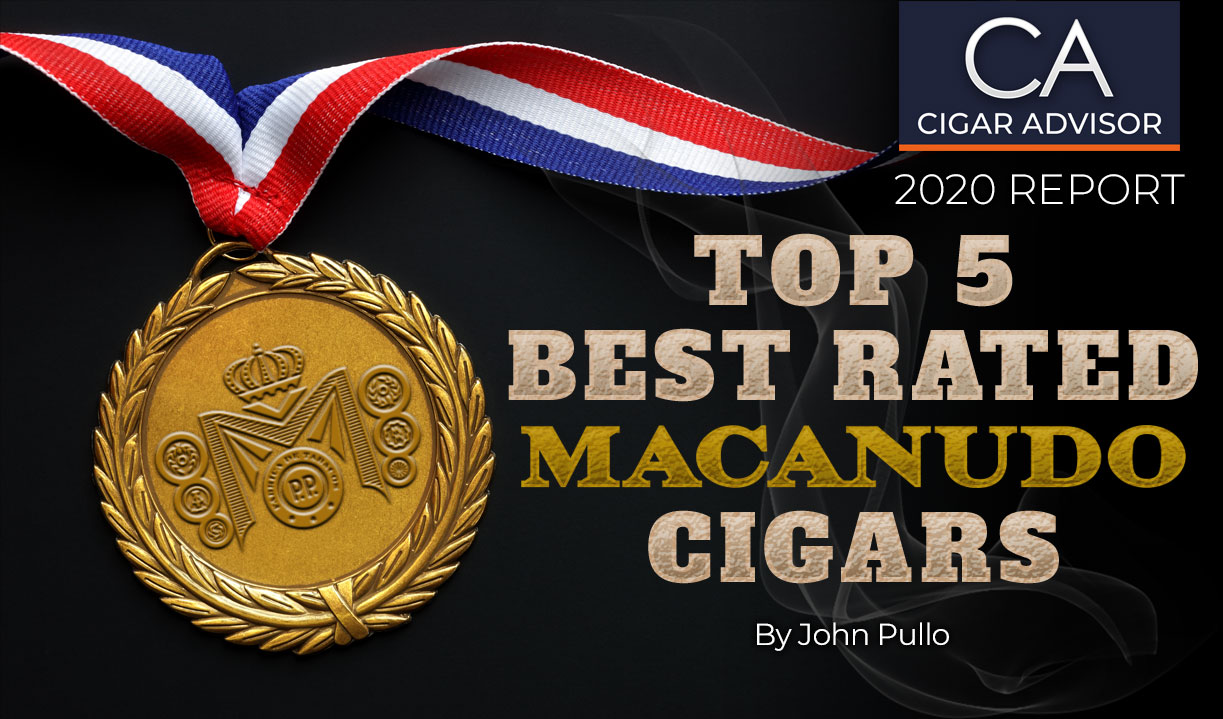 Macanudo is one of the world’s most famous cigars. Much of its “household name” status is because of the brand’s role as the consummate first-timer smoke; and I’ll bet good money that Macanudo was one of the premium cigars that helped get you into the cigar life. Maybe you even recommended one to someone looking to break in.

That’s how Macanudo made its bones: for five decades, a mild n’ mellow smoke, that has earned more than its fair share of fans.

Many years ago, “Macanudo” was the name of a certain size Punch cigar. The moniker was later acquired by a Jamaican cigar company; that company was eventually bought by the Cullman family’s General Cigar Company, who updated the Macanudo blend – Dominican, Jamaican and Mexican tobaccos under Connecticut Shade – and introduced it to the US in 1971. Macanudo moved to the Dominican Republic in 2000, and dropped the Jamaican tobacco from the blend along the way.

Inspirado is a whole different story, and Gary talked in depth with Macanudo’s Laurel Tilley about what went into making that series so much different (we’ll explore a few on this list, too). 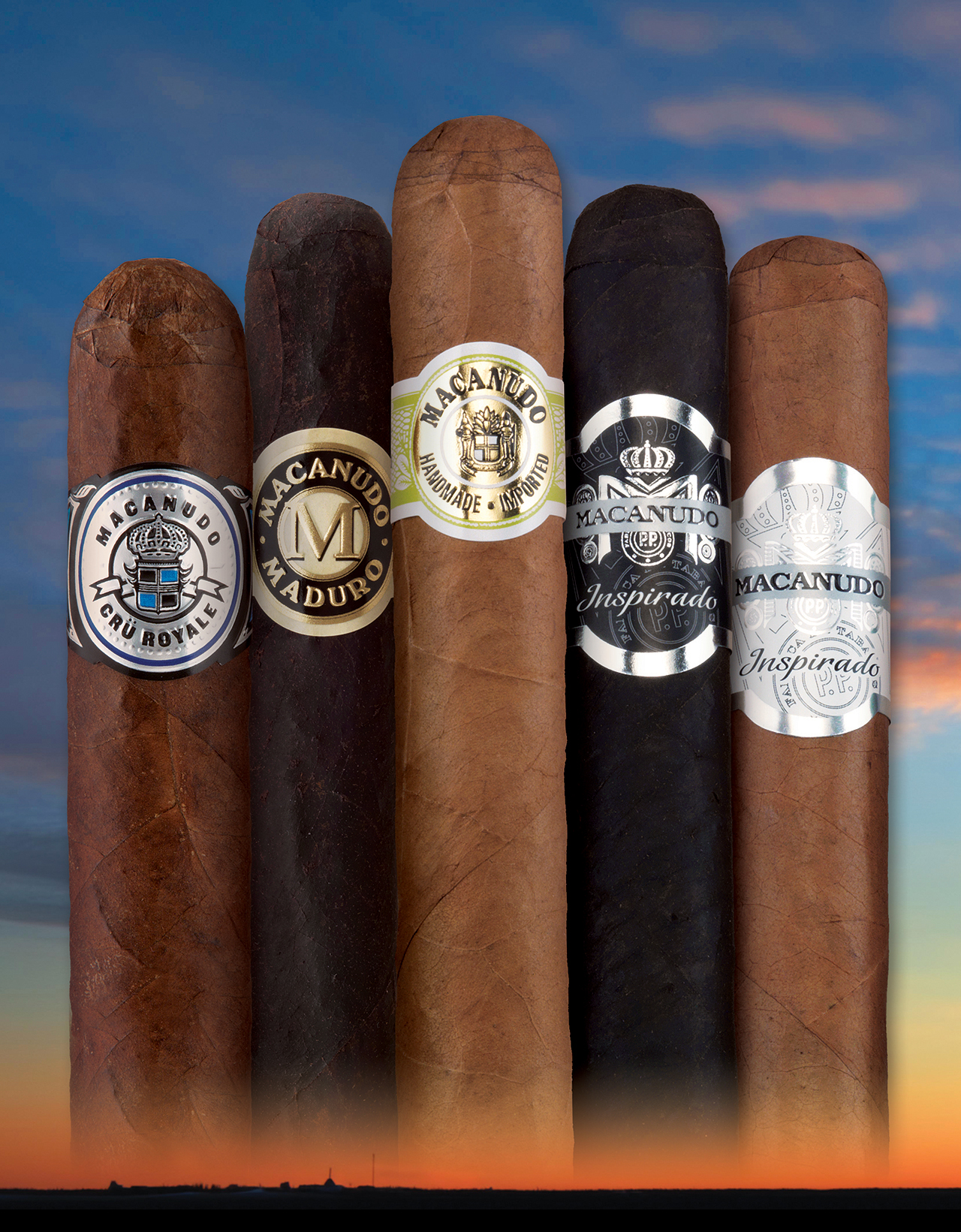 About Our Top-Rated Picks

I have spoken out many times on how reviews and ratings should factor into your decision to buy a cigar. I could tell you a cigar is good, but we all taste things differently – so no one can guarantee whether a cigar will live up to its promise. But three different opinions should be enough to tell you if that cigar is in your wheelhouse. Reviews written by “pros” in blogs and mags are nice, but I find that the best (and most candid) reviews come from our customers: they’re passionate about what they like, loud and clear about what they don’t.

So, as with all our top-rated cigar guides, we set a baseline of how many of these voices we’ve heard from so far; in this case, a cigar has to have 5 reviews or more to make the cut.

If you feel there’s a Macanudo missing from our list…don’t just tell us, rate it at famous-smoke.com! Your voice helps others – guiding their decisions, finding hidden gems, or cutting through the clutter to see the cigar for what it really is: a great smoke.

A time-honored blend known for sweet, nutty, woody character. It’s been consistent for 50 years because no corner has ever been cut on this cigar: Dominican and Mexican long fillers are aged 2 years in Royal Palm bark bales, then finished in Dominican rum barrels. Next comes a genuine U.S. Connecticut shade wrapper leaf that got a special fermentation of its own. Review after review: “great cigar.”

That’s especially true at this 4 3/16” x 36 size. That small form factor makes Macanudo Court a treat for dogwalkers, easy for beginners to handle, and just…well, snackable. Prefer something bigger? The legendary Macanudo is offered in nearly 20 shapes – but this is the one that rates highest among them all.

The Maduro Macanudo made, after disabling the rev limiter. This was on purpose; blender/factory guru Jhonys Diaz made the effort to move away from the Dominican-forward blends you might tend to associate with Macanudo. So, his recipe is waaay different, including long fillers from Nicaragua’s spiciest growing region (Estelí) and a toothy, stalk-cured Connecticut Broadleaf wrapper grown in the US. Dense smoke flows with pepper and rich earth, along with plenty of sweet (raisins, licorice) and wood. With that many positive reviews, it’s hard to overlook this Robusto…

If the shape looks familiar, it’s because it’s pretty much the same as the Punch Champion (they’re made in different countries, but Macanudo and Punch share the same parent company). And the tobaccos under the dark, extra-fermented Connecticut Broadleaf wrapper? They’re exactly the same as the super-mellow Macanudo Café, above. All it took to achieve such an exquisite, creamy smoke was a wrapper change: that rough-looking maduro is extra fermented, which accentuates the subtle dark sweetness in the leaf. It also handily debunks the “maduros are stronger” fallacy.

So just as the original Macanudo has been a reliable stepping stone into the cigar world, this may be the open door that moves you over to the Maduro column.

Last time I reviewed this cigar (same size, too), I called it a jump, rather than a step up from the Macanudo Portofinos you’d been tossing in your golf bag all these years. And while these Macanudos are made in the DR too, they have wholeheartedly embraced Nicaragua – the flavors are a little darker, a little heavier.

That’s because everything that goes into the Macanudo Inspirado White is well-aged: the wrapper has sat idly by for six years; the Mexican San Andres long filler has four years under its belt, the Jalapa got two. Toasty, spicy and stout with a little background sweetness, it’s a Connecticut that you can happily pair with a wider variety of drink and food options.

This was one of the earlier Macanudo cigars to challenge the idea that for it to be Macanudo, it had to be a mild old timer’s smoke. Benji Menendez, blending genius, went shoulder-deep into his bag of exotic tobaccos and came up with a Nicaraguan/Dominican/Mata Fina/Habano concoction that elevates the flavor profile far above your usual Macanudo politeness. This is not to say it’s overly powerful; but the flavors are somewhat…assertive, and that was a shock to some. Admittedly, Cru Royale is not everybody’s cup of tea, but this Gigante has certainly found its niche.

I’m adding a bonus pick because it was thisclose to making the Top 5. And because the praise is high.

Macanudo has always been so…traditional. So, for them to go the flavored cigar route? Talk about taking a chance. But their risk has been the cigar lover’s reward.

A sudden fan favorite, M has a ton of cocoa-y chocolate and vanilla sweetness all whipped together; but the underlying coffee bean taste offers a nice streak of spice for balance. The M is blended with some less commonly used tobaccos than its coffee-flavored counterparts, which really help to solidify the smooth flavor in this slow-burning smoke. M by Macanudo also does it without being overbearing, as some other flavored cigars can be.

I like what you have said. I reviewed several of the cigars on my website too. Have not tried the new Green label yet.
The Red is my favorite in that line.
In 1973, I went to Jamaica and purchased a tin of the Ascots in the original blend from that country. Mild, sweet and one of my first forays into the world of cigars.

Good questions. Not necessarily. The tubes are not hermetically airtight. One thing you can do is remove the cap of the tube and put it aside. This way the cigar gets more air and is fully protected. Replace the cap when you’re ready to take the cigar out with you to a lounge, friend’s house, etc.
G-~

Reading Time: 9 minutes Ready to step up to 10 cigars that’ll kick your ash from here ‘til Tuesday? Here’s our picks for the top strong cigars that you need to smoke at least once – bonus points, if you can finish all 10.