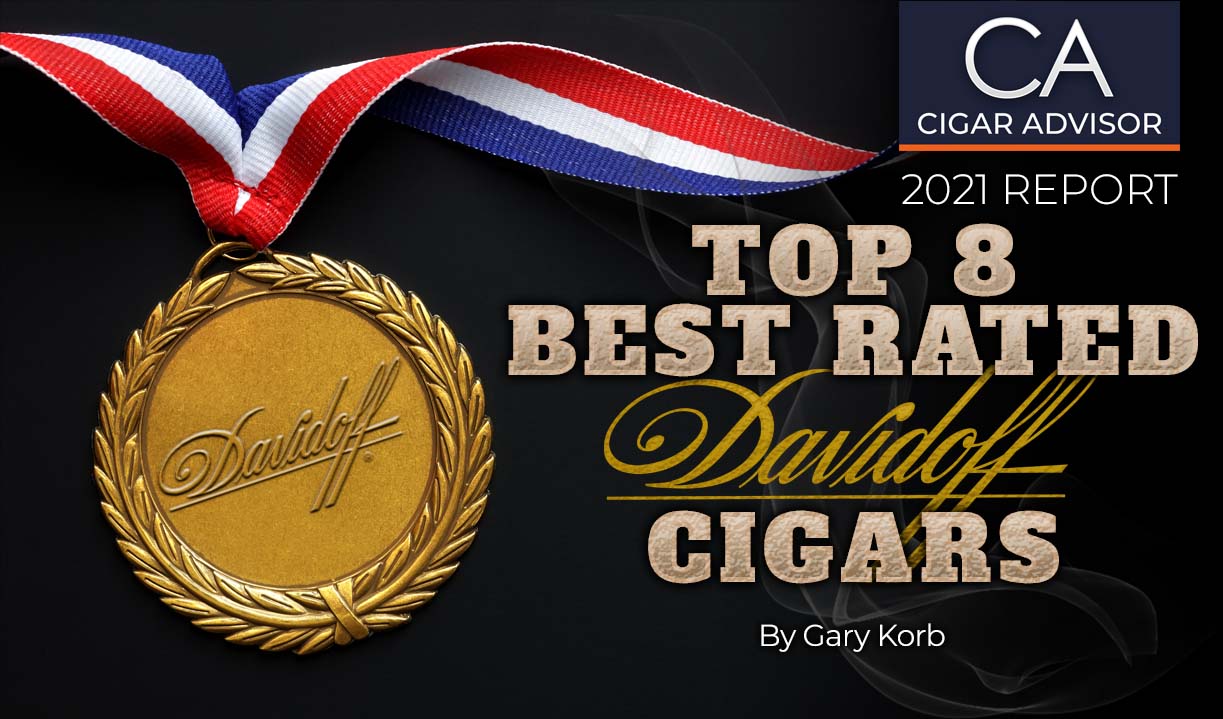 “Time beautifully filled” is how Davidoff wants you to feel about their cigars. It’s beautifully logical, too. Yet, although that slogan could be applied to most cigar smoking sessions, there’s something much more meaningful behind it.

As they put it, “In their single-minded pursuit to create only the very best cigars, Davidoff believes in the importance of time. Taking precious time to craft an exceptional cigar, and equally taking the time to enjoy that cigar, lies at the very heart of Davidoff’s philosophy.”

For most cigar smokers, Davidoff has always symbolized the more opulent side of cigar smoking. Their founder, Zino Davidoff created the cultured man-of-the-world image. Someone who appreciated excellence in food, wine, style, and of course, cigars. You could even say that Zino was to Davidoff what Hugh Hefner was to Playboy. Zino not only represented the Davidoff brand as a personality, he was the brand, and took it to the max by concentrating on quality, presentation, and most importantly, customer satisfaction. 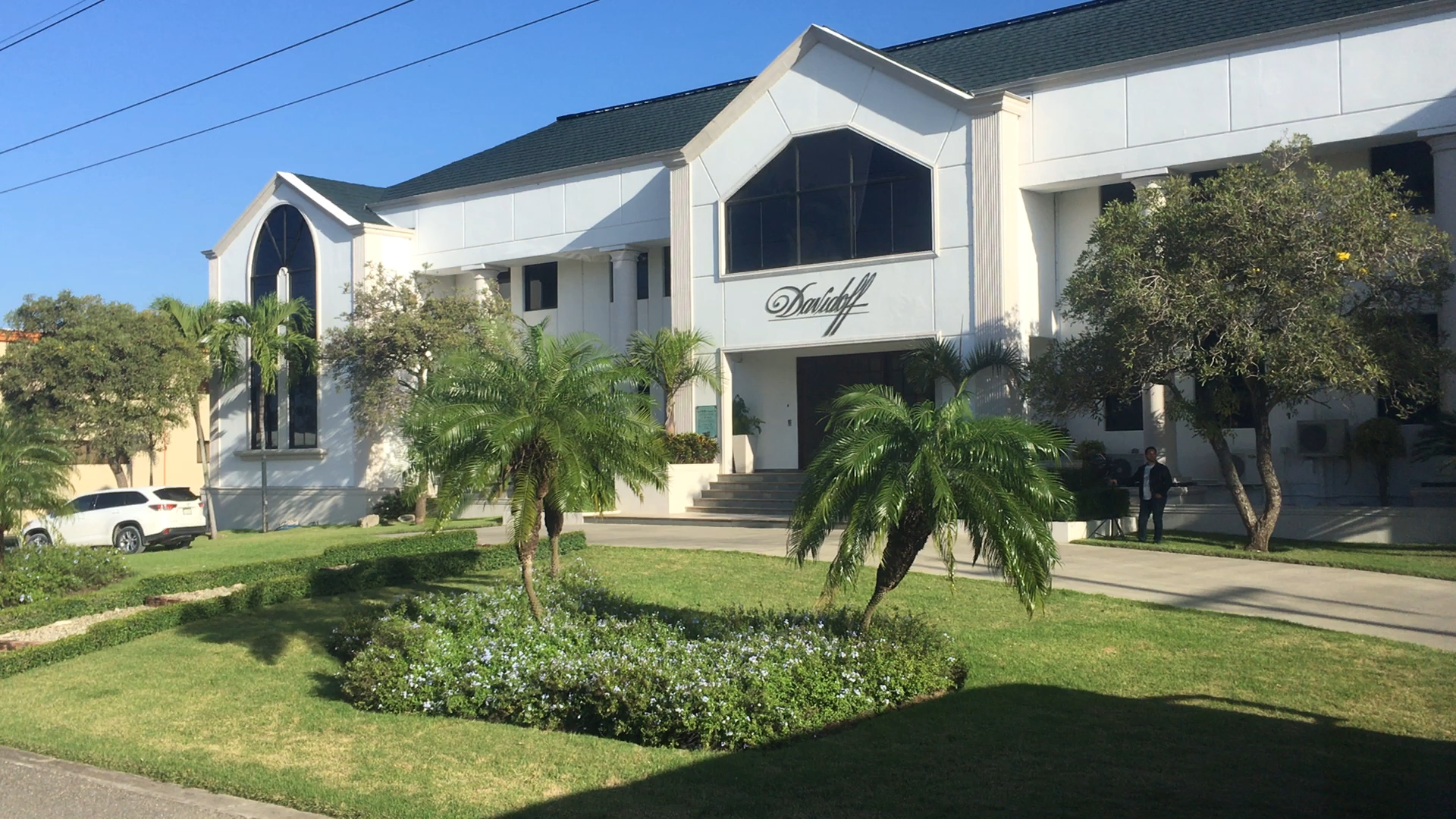 Today’s Davidoff has maintained that tradition by handcrafting cigars to the highest standards while expanding into new areas of interest for today’s cigar smoker. They’ve celebrated the many facets of Winston Churchill with the Davidoff Winston Churchill and Late Hour selections. The Davidoff Nicaragua series hooked into the growing popularity of Nicaraguan blends. That line would stimulate the palate in new ways using the rich, spicy character of Nicaraguan tobaccos.

Davidoff’s earlier selections such as the Millennium selection, with its blend of full-aged Dominican Piloto, San Vincente, and Olor tobaccos still offer a memorable experience in refinement and complexity. The perfectly balanced Aniversario is tailor-made for celebrating the most memorable occasions and more. There’s also the mellow Grand Cru selection with its outstanding depth and character. And of course, the woody, nutty and slightly spicy Signature blend which has stood the test of time.

Just the Facts, No Malarkey

As in all of our Best Rated cigar reports, the cigars presented here have accrued the highest ratings from among the thousands of Famous Smoke Shop customers who’ve taken the time to review them. We combed through all of the Davidoff Cigars and chose the overall top-rated frontmark from each line extension. Normally, to qualify a cigar must receive at least 10 ratings and maintain a 4.5-star average. In the interest of full disclosure, there were a number of cigars that didn’t get 10 customer ratings or more than four stars. So, for this report, because we wanted to bring to your attention some of the other great Davidoff cigars, we used the highest scores available.

Prulo in Boston, MA wrote: “If I had to choose one cigar to be my only smoke this would be it. It strikes an amazing balance of medium strength and body with incredible smoothness and amazing flavors.”

This full-bodied Toro is smothered in 90 – 93 ratings from the media, so no surprise here from the Davidoff faithful. A dark, glistening Habano Oscuro Ecuador wrapper aged in Scotch single malt whisky casks caps a Mexican binder and Dominican and Nicaraguan fillers. Oak, baking spices, sweet coffee, cocoa, and leather meld into the ultimate sensory stimulation, including a seductively rich aroma. Pair it with your favorite single malt.

Stefan Andersson in Sweden wrote: “A wonderful cigar with a rich and complex taste – sweet and spicy.”

One of the most wonderful examples of a classic Corona capped in a flawless Ecuadorian Connecticut Shade wrapper. Mostly medium in body, the No. 3 is cast with a higher percentage of Dominican Piloto which punches up the peppery spice. Layers of oak and roasted nuts reside in perfect balance for a rich and exceptionally savory smoke that does not disappoint. It’s bolder character also pairs well with a fine Bordeaux. For cigar smokers with a little more experience, the No.3 is a good start for venturing into the classic Davidoff selections.

Don M in Brooklyn, NY wrote: “It doesn’t take much to draw on this beauty to bring up a full plume of delicious flavors and aromas. This is a classic smoke.”

Double perfectos have always been one of my favorite shapes for their retro appearance. Medium-bodied, this Short Perfecto houses a perfectly aged, all-Dominican leaf core deftly rolled in an Ecuador Connecticut Shade wrapper. Once lit, it reveals a creamy smooth confab of roasted nuts, leather, spice, and black pepper on the finish. It’s not the longest smoking cigar but savor it slowly and you’ll get the most out of it. It goes nicely with a side of single malt whiskey, or pop open a fine champagne.

Ron M in in Florida wrote: “Best cigar I’ve ever smoked. Better than any Cuban. Pricey but worth it.”

If you’re a Toro smoker this 6”x54 beauty’s got your name on it. It has practically the same blend as its Late Hour Cousin above, except the Ecuador Habano wrapper has a lighter shade. Medium-plus in body, the flavors are stacked in such a way that they reveal an uber creamy, well-balanced combo of leather, cedar, and a flurry of sweet and peppery spices. It’s a big, complex cigar that pairs perfectly with a fine whiskey like Glenmorangie, or go full bore Sir Winston and enjoy it with Pol Roger champagne.

Ron in Seattle, WA wrote: “Fantastic – the best I’ve ever smoked (including Cubans). Expensive, but if I wanted to spoil myself this is definitely what I’d reach for!”

Like the Grand Cru, the Millennium Robusto is packed with a bit more Dominican Piloto Cubano under its darker “151” Ecuadorian wrapper. The result is a rich, creamy smoke with a fuller flavor accentuated by notes of roasted coffee, cedar, and some subtle notes of cocoa. Several reviewers have noted how they like it more than similar Cubans. I’ll leave that up to you to decide, but this is undoubtedly one of the more refined Robustos. It’s great with coffee, rum, and whiskey aged in sherry oak casks.


Quote: Jeff in Chapel Hill, NC wrote: “A well-constructed smoke with a beautiful ash. A bit mild, but good.”

If there was a Davidoff cigar for everybody, Primeros would probably be it. They are also Davidoff’s Dominican short-filler blend hand rolled in plush Ecuador Connecticut wrappers. Mellow in body, these Petit Coronas make good on that creamy delivery with a mostly cedary flavor along with notes of earth and spice for good measure. When you only have a short amount of time to enjoy a good cigar, Primeros will fill it beautifully.

It’s really amazing how Davidoff is able to come up with so many wonderful combinations of the Ecuador Connecticut wrapper/Dominican binder & filler blend. Medium-bodied, the tobaccos selected for this Corona reveal a clean, balanced smoke with more of an earthy-cedary character. Some additional Piloto is also added to this blend for some extra zing, while a floral aroma and a creamy finish complement each draw. Compare it to the Gran Cru No.3 above, and for pairing, try it with a peaty Rye.

I’ve sung the praises of this Toro a number of times myself over the years. As Davidoff’s first Nicaraguan release, and a puro at that, for this blend they pulled out all the stops. A 10-year-aged Habano Rosado wrapper caps a Nicaraguan Habano Jalapa binder and Nicaraguan fillers for an intense, yet impressively well-tempered smoke that hits the ground running. Full-bodied with that signature Davidoff creaminess, the smoke reveals layer after layer of white pepper, coffee, dark chocolate, and some tangy citrus notes. You’ll find plenty of nice changeups along the way, too. If you like to pair your cigars with coffee, go for a sweet Cafecito. Otherwise, this cigar was made for a Nicaraguan rum like Flor de Caña.

Read More
Cigar Buying Guides
Give thanks for new cigars: 5 picks for Turkey Day! This time, we add a slew of picks from Drew Estate, plus Quesada & AJ Fernandez to the must-try list!
Read More