Text FAMOUS to 844-3-FAMOUS to activate your Free Shipping coupon or Click Here to sign up!
0 cart
account
cigar auctioneer cigar monster cigar advisor close
Cigar Deals!Deals
Shop bydepartment
X
Get Free Shipping
We'll email you a promo code for FREE SHIPPING on your first order of $75 or more, when you sign up for our incredible email deals.
»Tabak Especial Cigars & Cigarillos Online for Sale 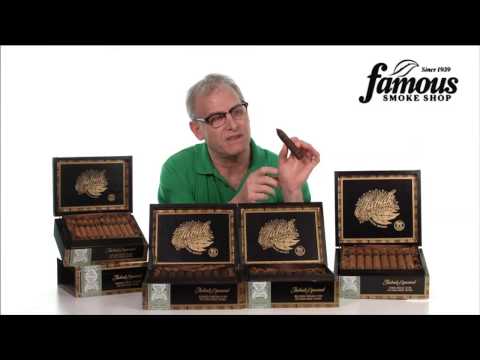 Get Tabak Especial Robusto Negra Maduro Cigars and experience the decadence crafted by Drew Estate. Tabak Especial cigars are premium infused cigars with a blend of Nicaraguan tobacco and harvested coffee the flavor profile is caramel, cocoa and sweet. Order your box today!

100% of reviewers recommend this product
read all reviews write your own review
Prev 1 2 3 ... 6 Next
5.0 stars
Good smoke
for Tabak Especial Robusto Negra
by Patrick in Louisiana on November 26, 2021

Good morning or late afternoon smoke. It has a good braw with a hint of dark chocolate and coffee flavor

This is my go to smoke. I try others but I consistently come back to this cigar. Good draw, smoke and taste.

these are my favorite and the smoke is well done with taste and burn along with a good finish. Have tried others but always come back to Tabak!

This has to be one of my favorite cigars. Love it on a weekend morning with my coffee.

Throughout the years, I have had several of these cigars. The construction is outstanding. The draw and burn has always been good. I love the flavor, which is a slightly sweet coffee with a hint of chocolate.

I’m a fishing guide in New York. I smoke a lot of different cigars. Have my go to favorites. One of my good customers introduced me to these. I always have Kuba Kuba on hand and love them for my morning smoke. The Tabak Especial is a great stick. Fantastic from light to nub. The burn is even and the draw is very good. Great construction but that’s to be expected from Drew Estate. The flavor starts out lite expreso with a hint of chocolate only to intensifi thru completion. I like this cigar for my morning smoke to get my palate going. These will be in my one humidor with Kuba Kuba as a regular.

Got a couple in a sampler. Tried dulce first and was surprised at how much more I like this one. Draw was a little tougher than I d like with a regular punch, will try a figure eight punch next time. Minor issues with burn and wrapper but a PERFECT smoke with a morning cup of homeroasted Ugandan coffee. Definitely will pick up more of these on the next good deal.

I received a few of these in a sampler pack and hesitated in trying it from past bad experience with flavour infused cigars. This cigar looked like a cigar, not a loose bundle of scraps like some others. The exterior was uniform in texture and colour and had a ragged foot. The wrapper was satin and the cigar felt firm. The aroma and pre-light draw were very nice - a hint of sweetness. The flavour was mild sweet coffee/chocolate - tasted like a cigar first - flavour second which was nice. The burn was even, tons of smoke, leaving a firm white ash. The taste was consistent to the nub - no bitterness at all. I usually smoke medium/full flavour cigars - this was a pleasant departure, though, the price point exceeds what I normally smoke.