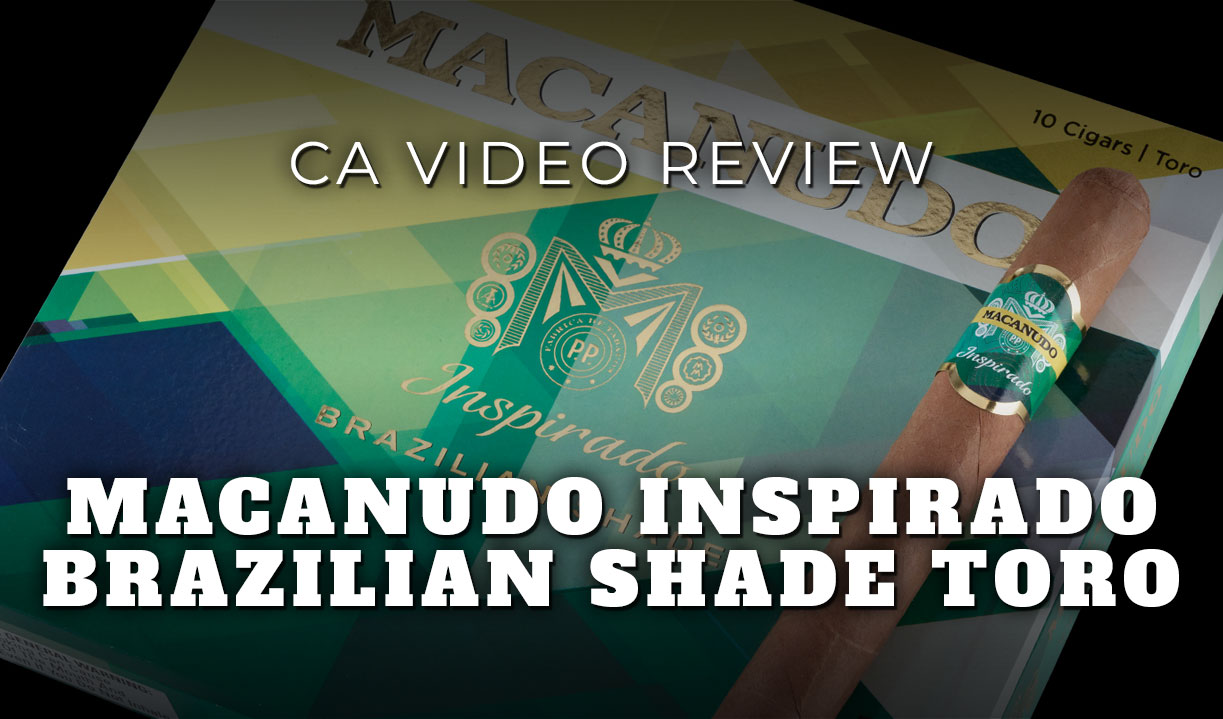 The new Macanudo Inspirado Brazilian Shade selection may be the most intriguing cigar to join the now six cigar line extension (seven if you include the Palladium), for several reasons. For one, it’s made in limited-edition. Secondly, it has two unique tobaccos going for it – a stunning, Brazilian shade-grown Connecticut seed wrapper, and a proprietary, Cuban-seed filler—a hybrid of the Carmen Cubita seed grown in Colombia—called “Dominican Cubita.” The leaf is sun-grown on a one-acre plot in the Dominican’s Mao region. General Cigar takes pride in showcasing their proprietary tobaccos, and they’ve had some real charmers over the years. Moreover, this is the first time these tobaccos have been used with Macanudo—so, how about that? 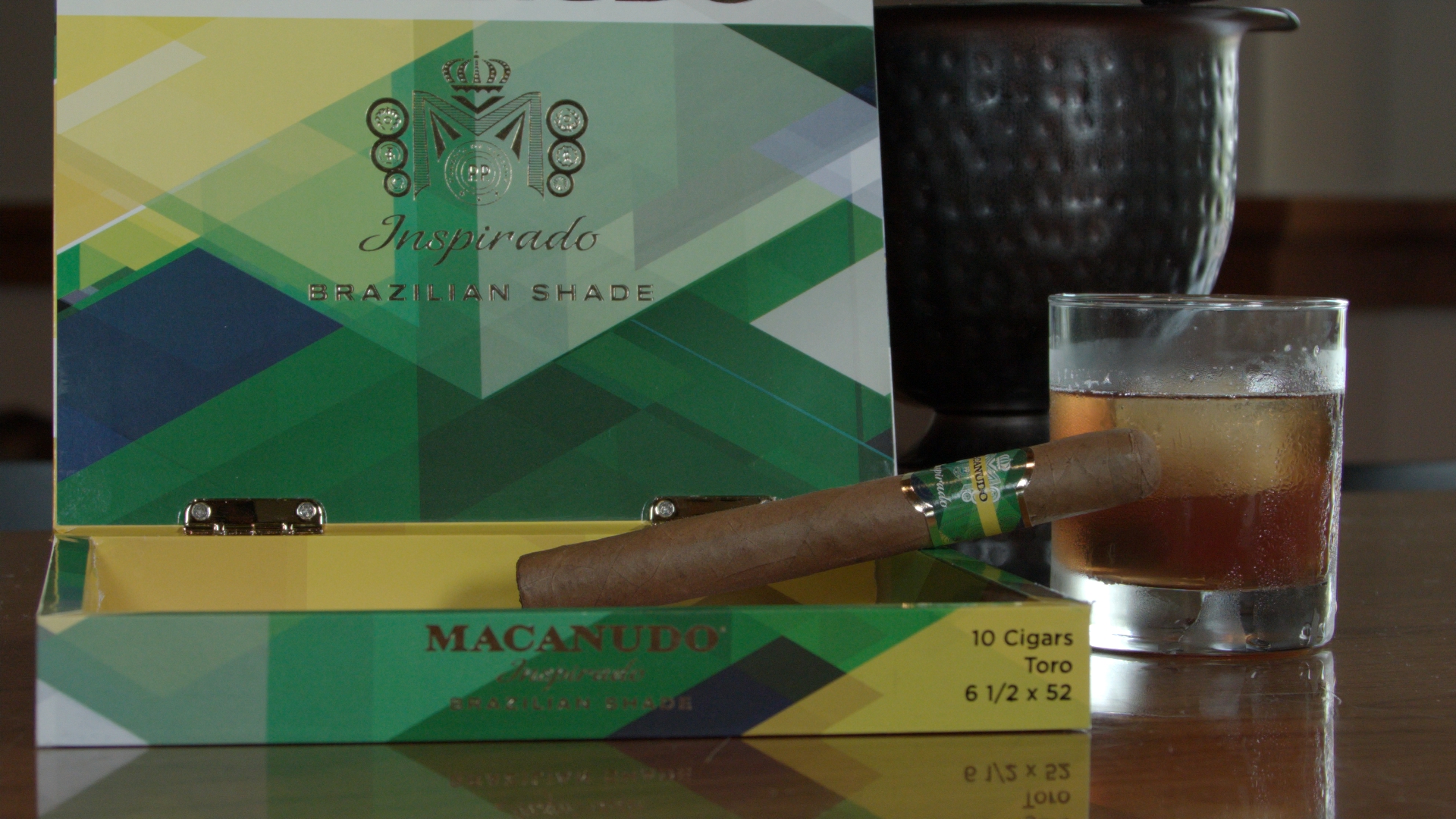 Steve Abbot, senior brand manager for Macanudo said, “Macanudo Inspirado Brazilian Shade required a significant investment in agronomy, spanning Central and South America. This blend speaks to the lengths that we as a brand will go to in order to bring excitement to premium cigar smokers.”

The company also says that this Cubita wrapper is responsible for lending a “unique aroma and spicy notes” to the smoke.

A Macanudo Cigar Made in Limited Edition

The cigars arrived last month in two frontmarks: Toro and Churchill. Only 20,000 Toros (2,000 boxes of 10), and 15,000 Churchill, (1,500 boxes of 10), were rolled, classifying Macanudo Inspirado Brazilian Shade cigars as a limited edition. Designed like the Brazilian national flag, the boxes and bands are very colorful and really stand out on the shelf, so they’ll be easy to find. 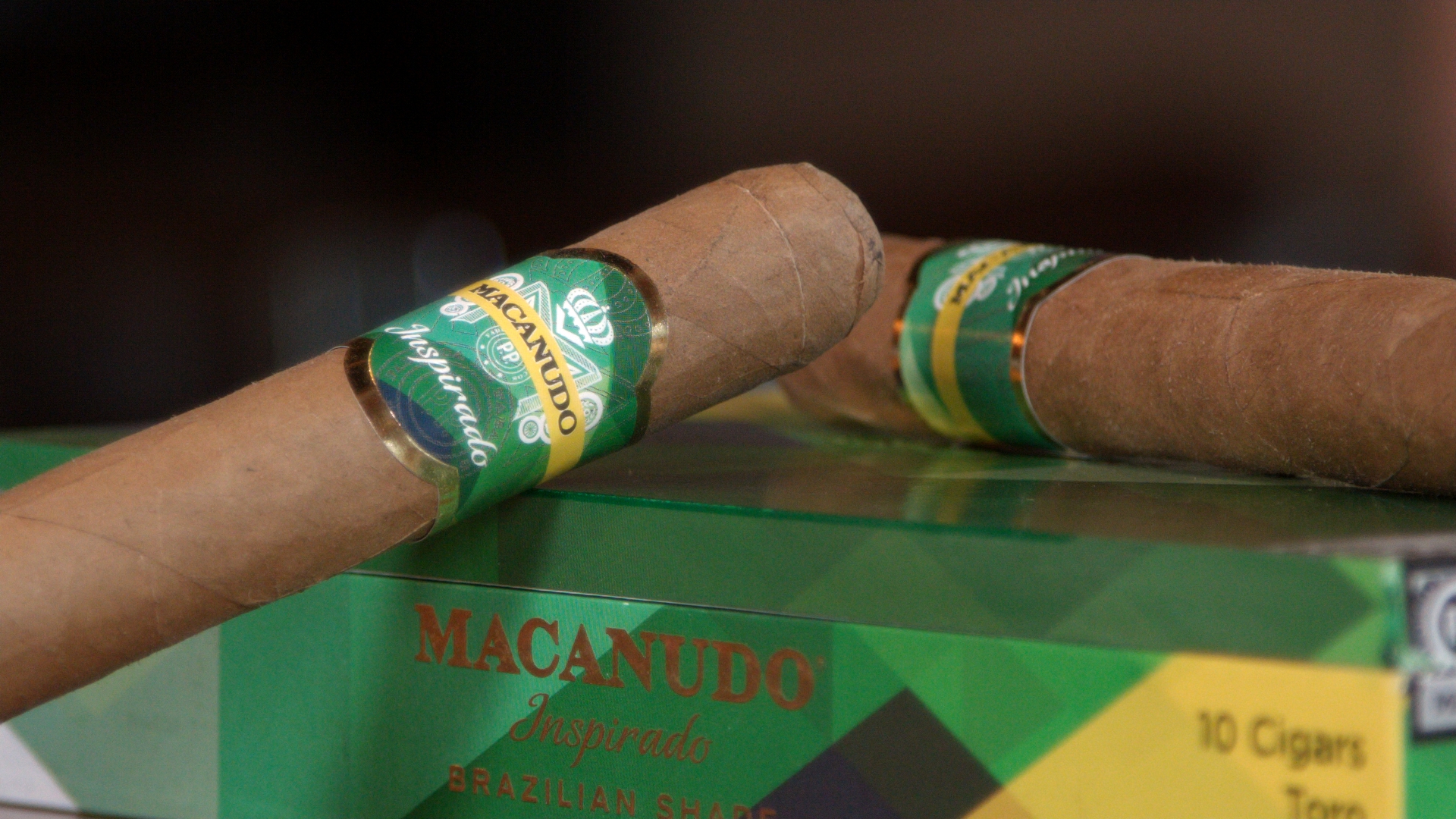 Macanudo Inspirado Brazilian Shade cigars are handcrafted in the following sizes: and presented in boxes of 10 cigars:

And by the way… If you’ve given this new blend a burn, let us know what you thought in the comments below.)

As I mentioned during our smoke, all the really new and really good stuff I’ve burned lately have been limited editions (actually, it seems like that’s what all the new stuff is). So you wouldn’t want to get attached to an LE cigar because once they’re gone, they’re gone. However – this Macanudo Brazilian Shade is pretty cheap by LE standards, in line with the price point of “regular” Inspirados. And it sounds like there’s a good amount of them to go around. So a lot of upside here. 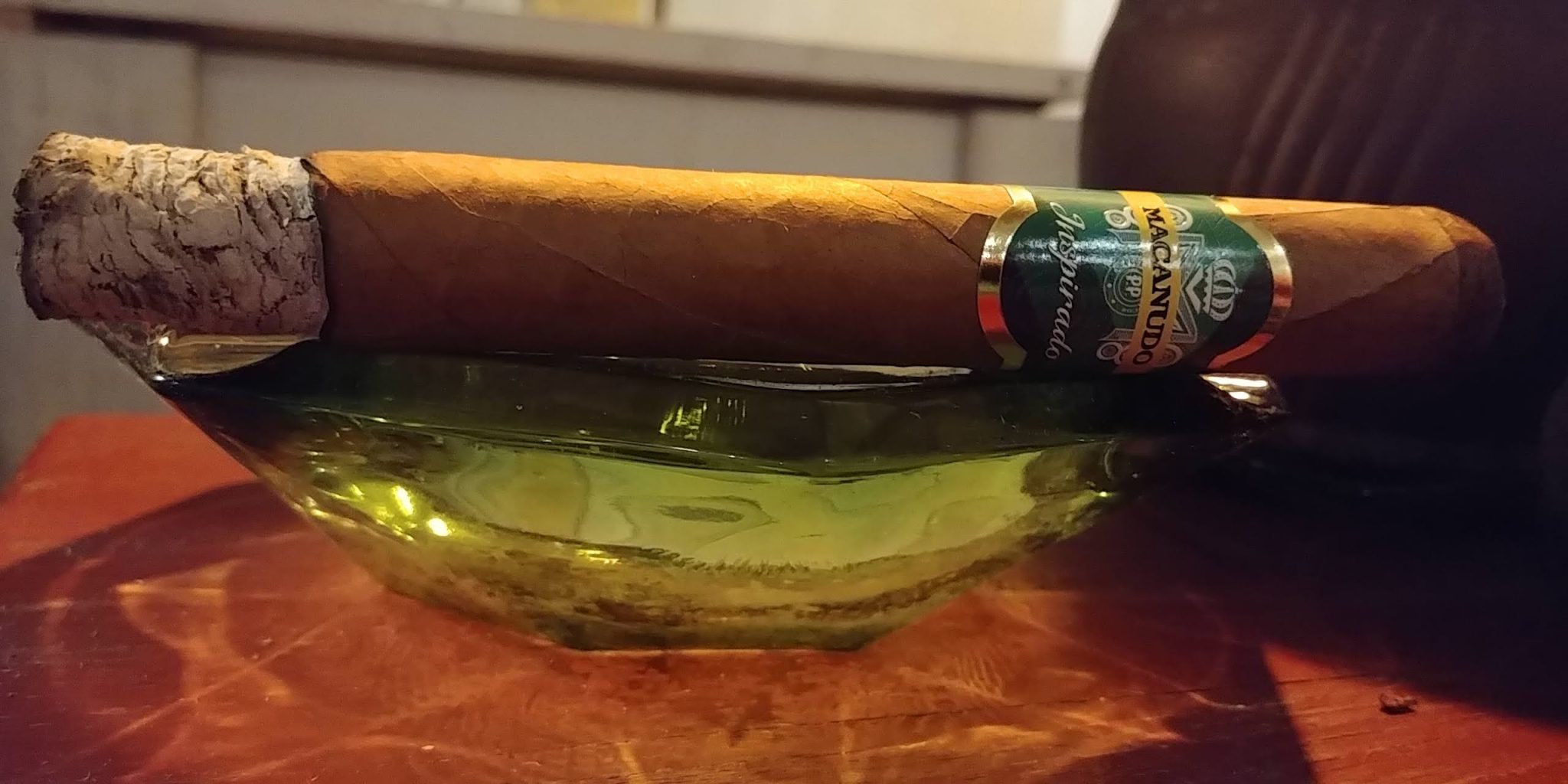 Once those first sturdy rips of earth and charred cedar are out of the way, this Macanudo shows off a more rounded profile: slight cocoa sweetness mixed with earth. It’s still a pretty stern character, with spice laying heavily across the tongue.

But this Macanudo really opens up for the second half, ditching dark and spicy for cool and crisp. The earthiness is sweet, as opposed to the more mineral-earth taste in the first half. A little bit of saltiness gets the taste buds going for that last push toward the 90-minute mark. One last flavor change as this Toro tightens up near the end, transitioning from mouthwatering to mouth-drying. 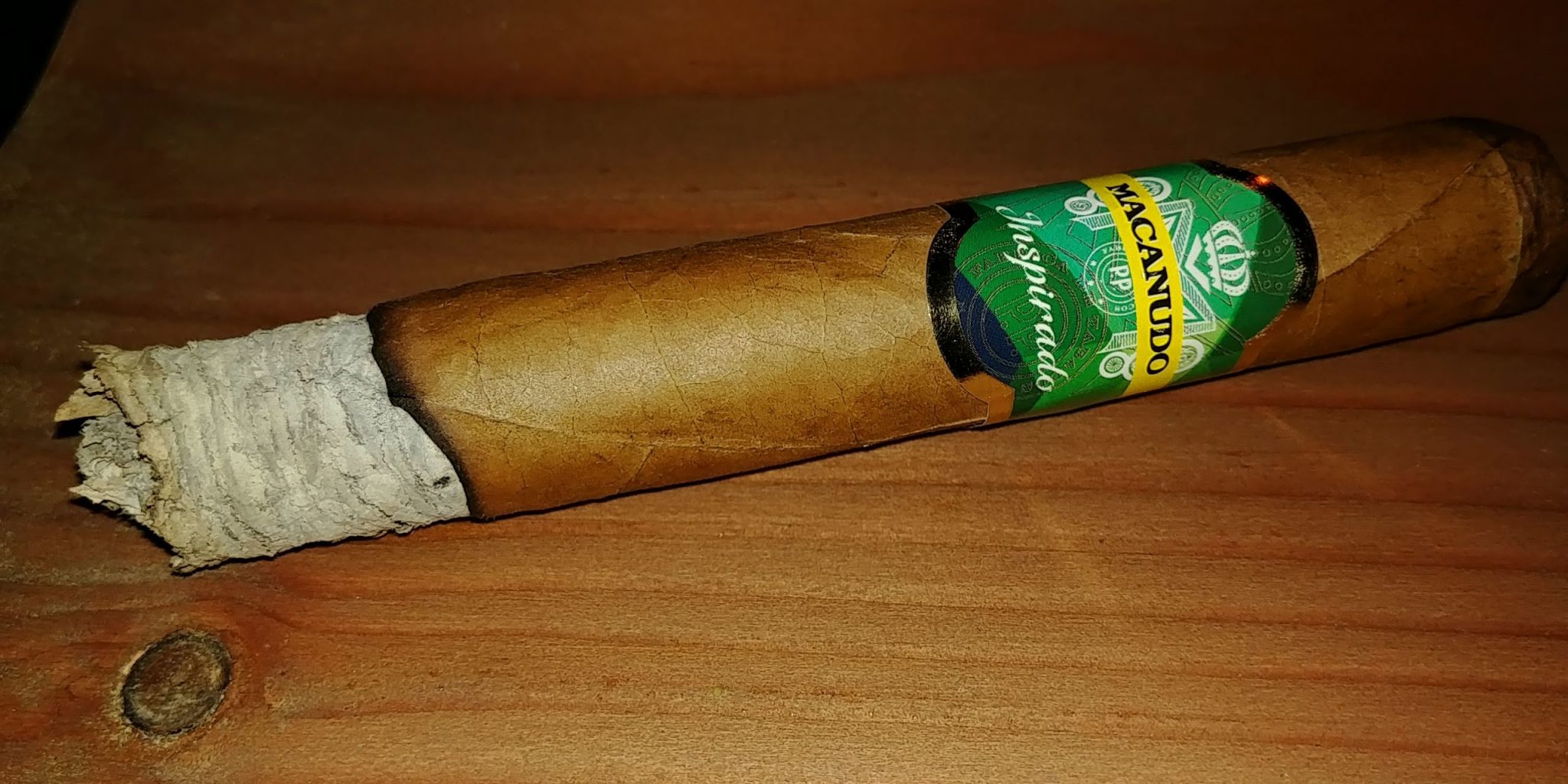 This is a nice summer cigar that’ll pair nicely with rum, and just as well with vanilla cold brew coffee. With a nice and open profile that never gets boring, I’d give it a strong recommend.

I loved the first half of Macanudo Inspirado Brazilian Shade and I liked the rest. Overall, it’s above average to my palate. Here’s the breakdown: The initial few draws have a dark wood flavor to them that reminds me of a typical Nicaraguan cigar profile – if it didn’t have any pepper. The finish was buttery with a salty taste that lingered for a good thirty seconds after each puff. I smoked mine outside on a rather chilly, cloudy, and windy day for this late in spring and it immediately lifted my spirits a little.

We talk often about loving cigars that are mellow or medium-bodied with big flavors, but Macanudo Brazilian Shade goes far beyond anything I’ve experienced in the category during its first half. Joining the dark wood is cedar mixed with leather, earth, dry nuts, and grass. 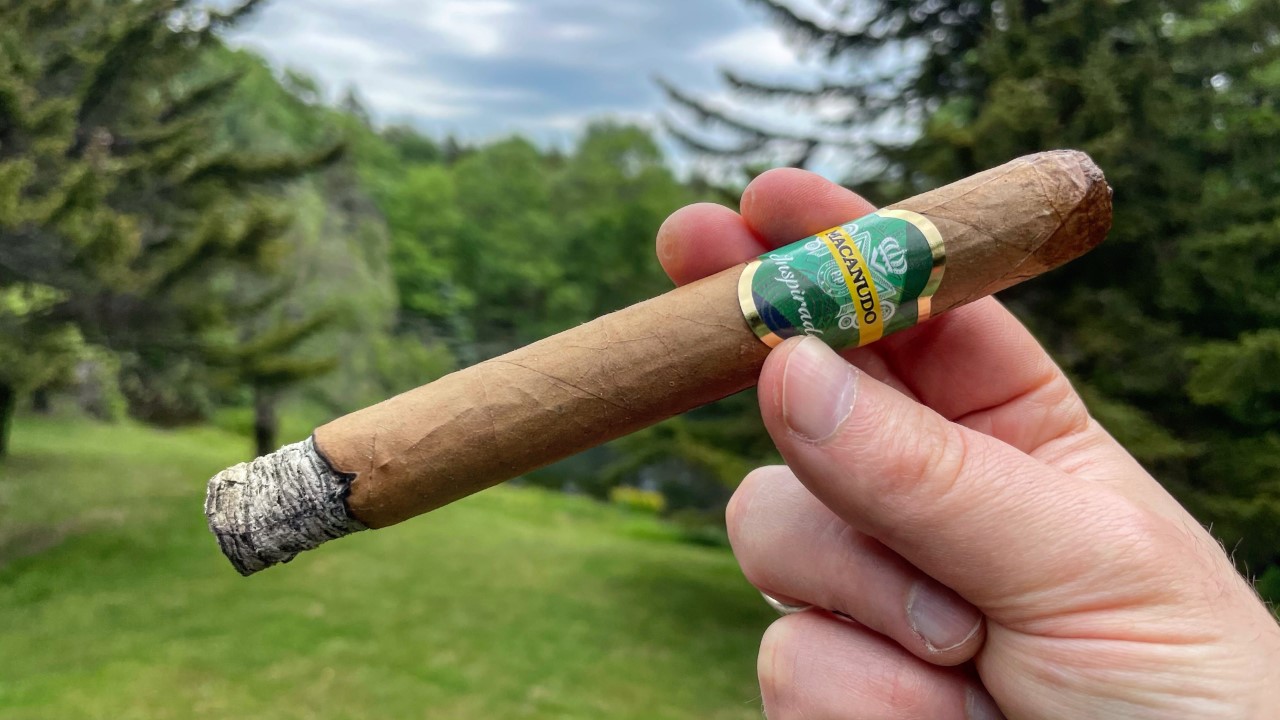 You can tell it’s a Connecticut seed. But you can also tell it wasn’t grown there. It’s bolder without being stronger and underscored by rich nuances from an eclectic menu of tobaccos. A menu, I might add, with two rare tobacco selections: Connecticut Shade grown in Brazil. And Brazilian Mata Fina grown in the Dominican Republic.

The second half felt much closer to a standard Connecticut stick to my taste buds. My flavor experience in the second half was earthier with a few dashes of grass, floral notes, and cedar that pretty much sum up the definition of typical Connecticut. Which isn’t a bad thing for the eyeball shopper; they’ll get what they expect to get with the first half being a bonus. 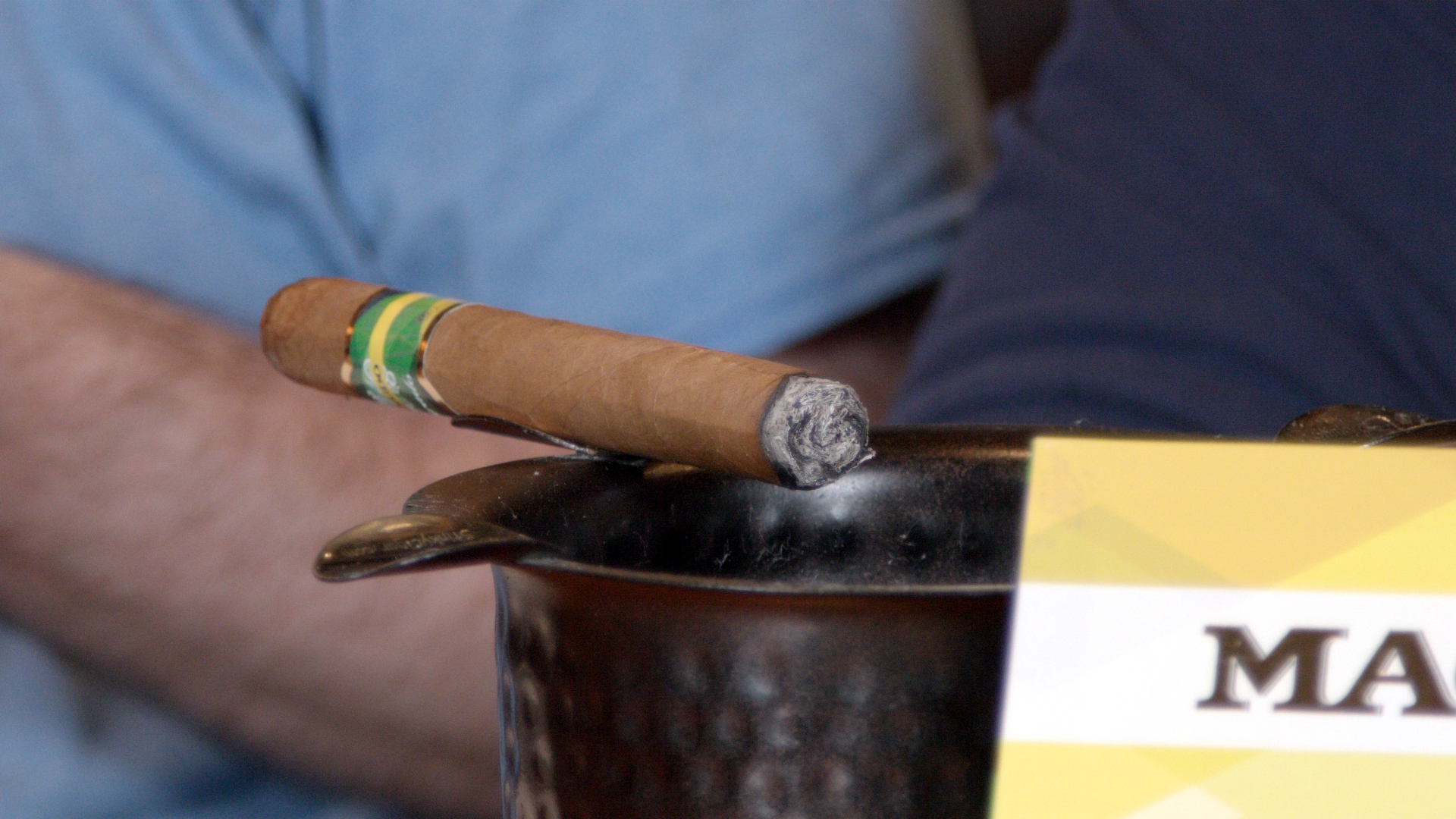 So…who is this cigar for? For the smoker who wants the reward without the risk. Macanudo has always been a safe bet, but Inspirado Brazilian Shade doubles down on the benefit end with respect to flavor and price. And that means whether you’re smoking occasionally, or burning three per day, you’ll never be bored…or broke.

Construction: Very attractive with a silky blonde wrapper that’s even in color throughout. Some veins are apparent but they don’t distract from the quality of the leaf. The cigar is also well-packed and sealed with a well-fashioned three seam cap. I also like the varying shades of green they used for the packaging and bands.
Draw: Perfect.
Pre-light flavor: Nutty, little leathery, and a bit sweet.
Toasting & Light: The cigar lights well revealing initial notes of nuts, sweet tobacco, and cream on a long, finish.
Base flavors: Nuts, sweet tobacco, cream, sweet earth, leather, and white pepper.
Retrohale: Fairly spicy.
Aroma: Cedary.
Burn & Ash Quality: Excellent. The cigar burns slow and even exposing firm, light grey cones and crowns along the way.

As soon as I tasted those first few nutty, sweet and creamy puffs I knew this Toro was gonna hit paydirt. Medium in body to start, the smoke offers little bursts of tartness, leathery notes and that “sweet earth” John explained in the video. Each puff in the first half finishes with a lingering patch of white pepper—just enough to keep you paying attention. More nuttiness creeps in at the midsection with some additional underlying sweetness and cedary notes, while the peppery finish is now dust. The creamy, well-balanced flavors continue into the last act, now with a more medium-plus body and stops there. 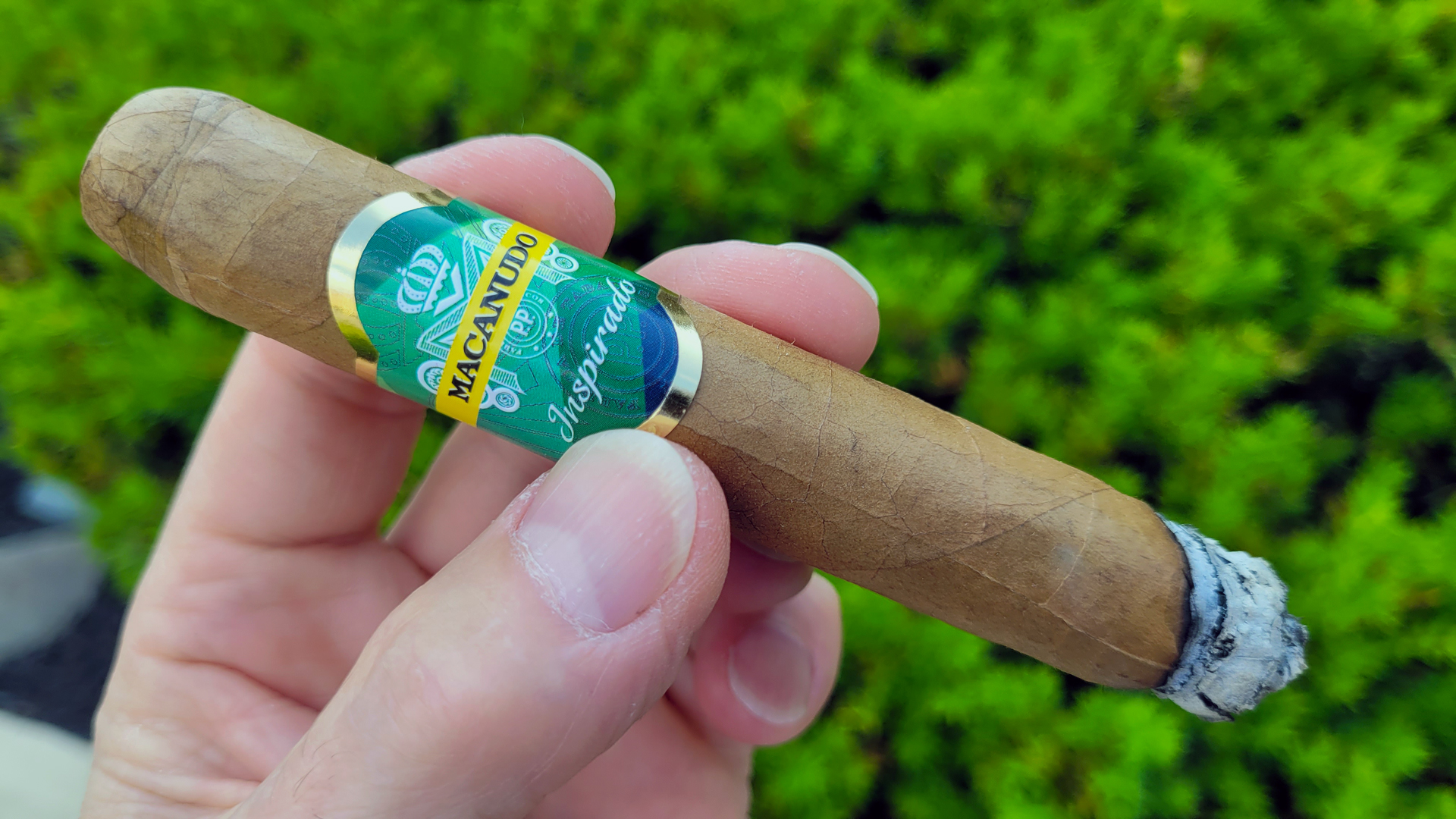 As for the Brazilian Shade wrapper, it’s quite unique, and for that matter alone it makes this cigar worth smoking. For me, it’s somewhere between Ecuador Shade and U.S Shade, and may even be a little sweeter, too. But there are a lot of other strident tobaccos below, too, like the Dominican Cubita, which speaks-up often during the session. How they got all these tobaccos to work so beautifully together is a major success. 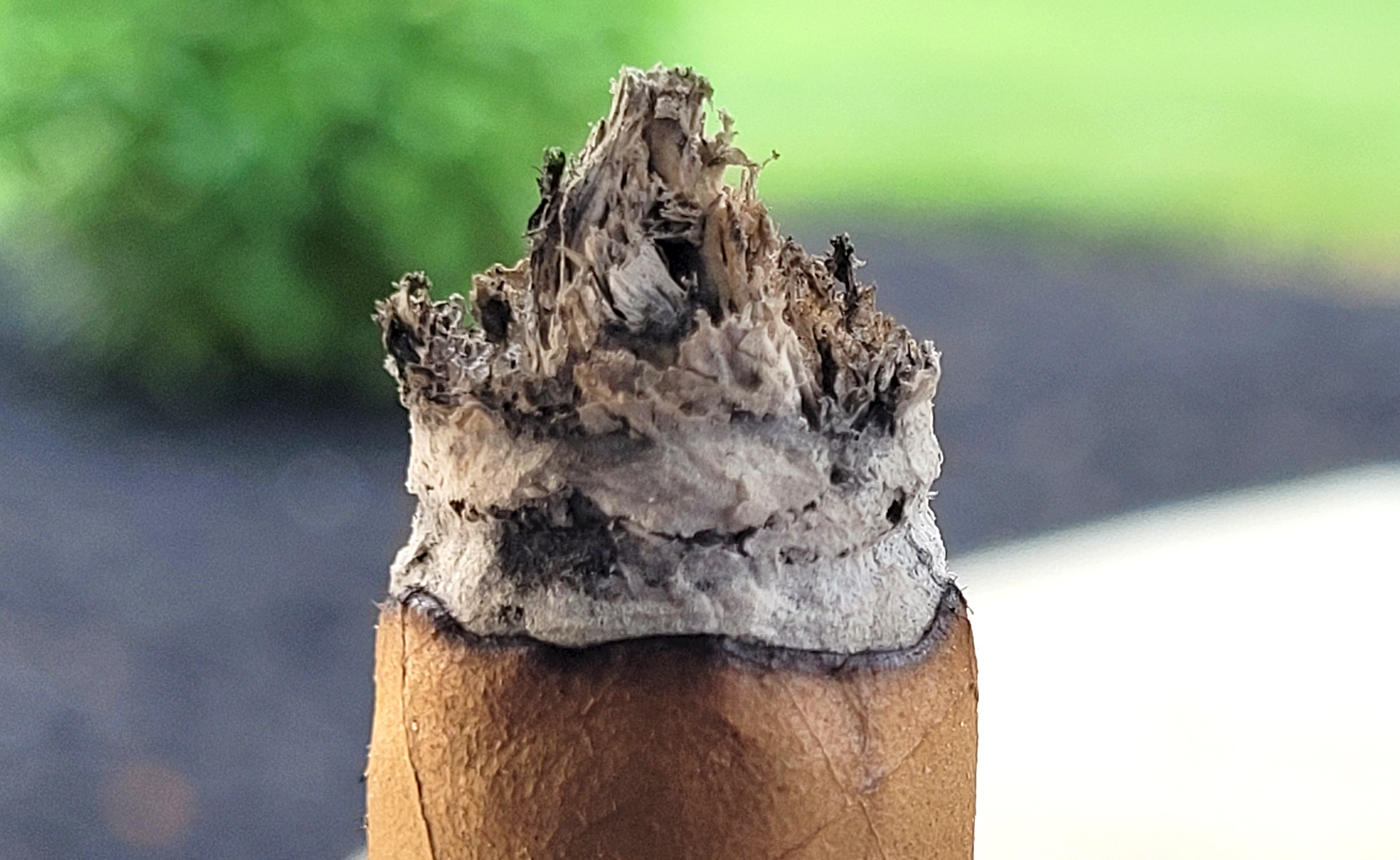 Suffice it to say… if you’re into trying new and different tobaccos, and have a pretty well-developed palate, this cigar is going to give you a fine performance. That said, the Macanudo Inspirado Brazilian Shade is lusciously creamy, all-out flavorful, and has just the right amount of body to reward even the more newly initiated.

Reading Time: 3 minutes Gary found himself a bit challenged while he was #nowsmoking: watch his CAO Flathead V19 cigar review, and see if the Camshaft was too bold, too amazing, or both –