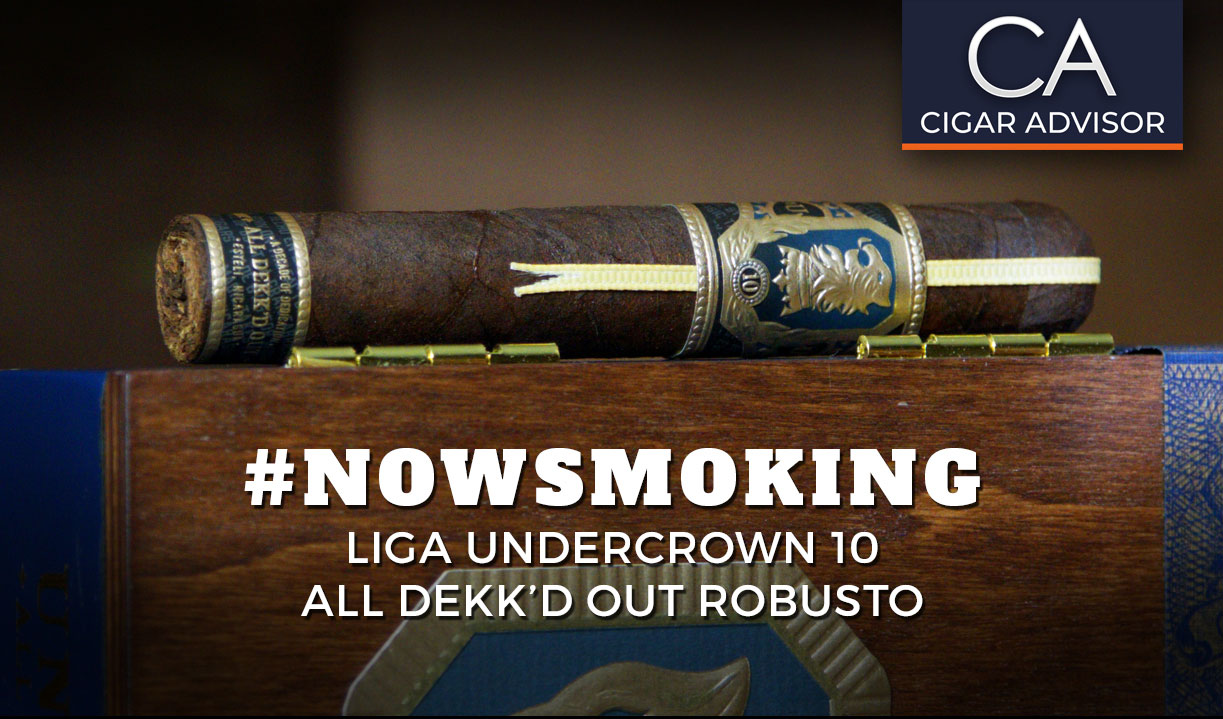 The Liga Undercrown 10 Cigars Back Story

When Drew Estate released the first Undercrown cigars in 2011, the company called it the brand “Born on the Factory Floor,” referencing that it was created by La Gran Fabrica Drew Estate’s Liga Privada blending team on their own initiative. Undercrown gave Drew Estate the perfect opportunity to acknowledge its unsung heroes at the factory and express its gratitude for their toil. When designing Undercrown’s packaging and bands, Drew Estate chose a lion to symbolize the valiant courage of the Nicaraguans working at the factory, and the upside-down crown to represent their noble humility. 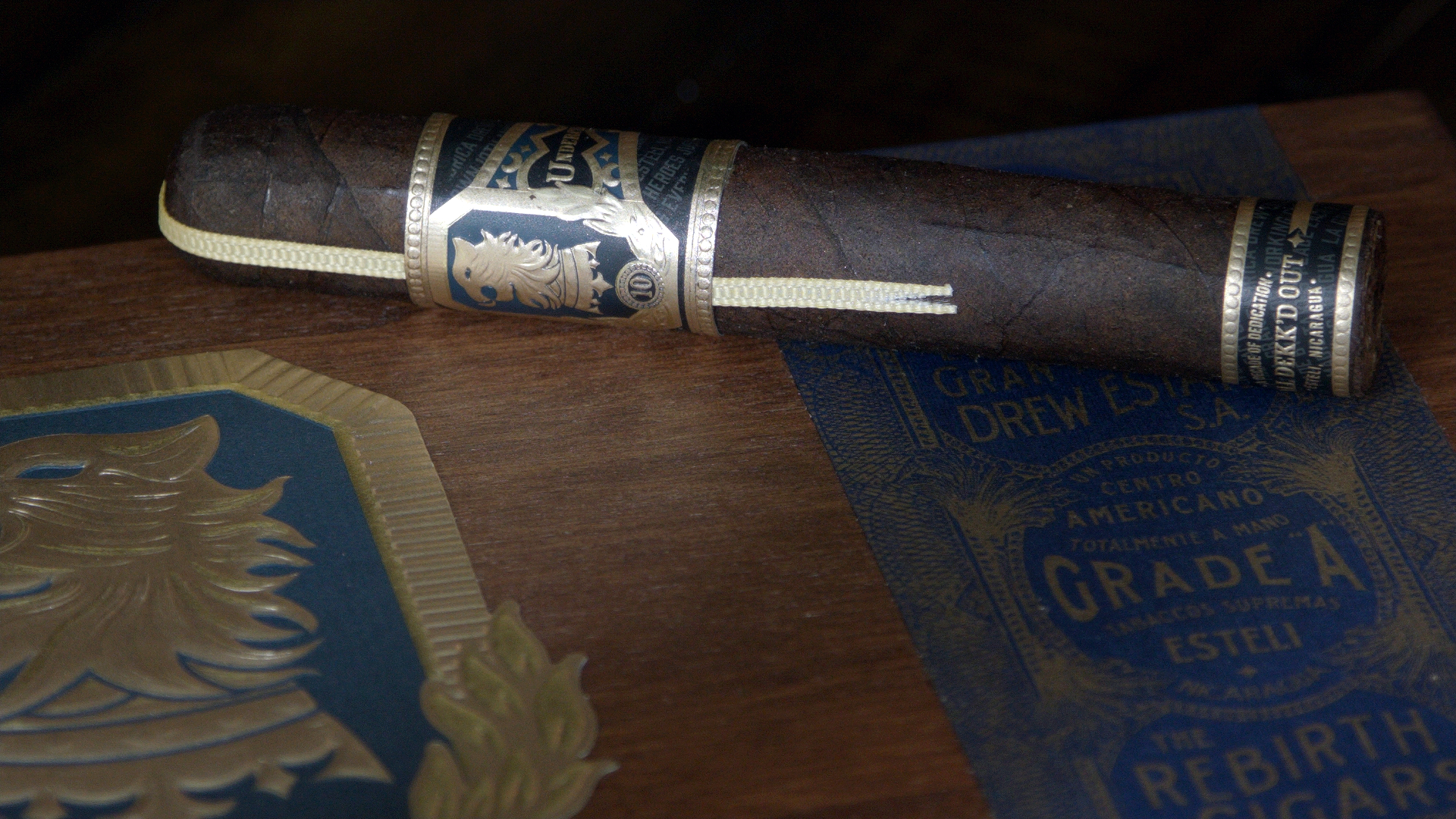 Using different vintages and primings of many of the same tobaccos used in Liga Privada No. 9 and T52 cigars and a high priming San Andrés Maduro wrapper from Mexico, the Liga Undercrown Series was born. Blends like Liga Undercrown Sun Grown, among others, followed. Before you know it, a decade had passed. And so, to celebrate Undercrown’s 10th anniversary last year, they debuted the Undercrown 10 All Dekk’d Out. To give it a little extra gravitas, they used tobaccos that were aged longer than other cigar tobaccos used for Undercrown.

“One of the key things is when people smoke Undercrown it’s as if they are there on the factory floor with the buncheros and rolleras making a cigar according to what they like to smoke,” said Drew Estate Master Blender, Willy Herrera. “This is what the people created for themselves and they get to share it with others. It’s a decade of their dedication to making a great cigar for themselves and for everybody else.” 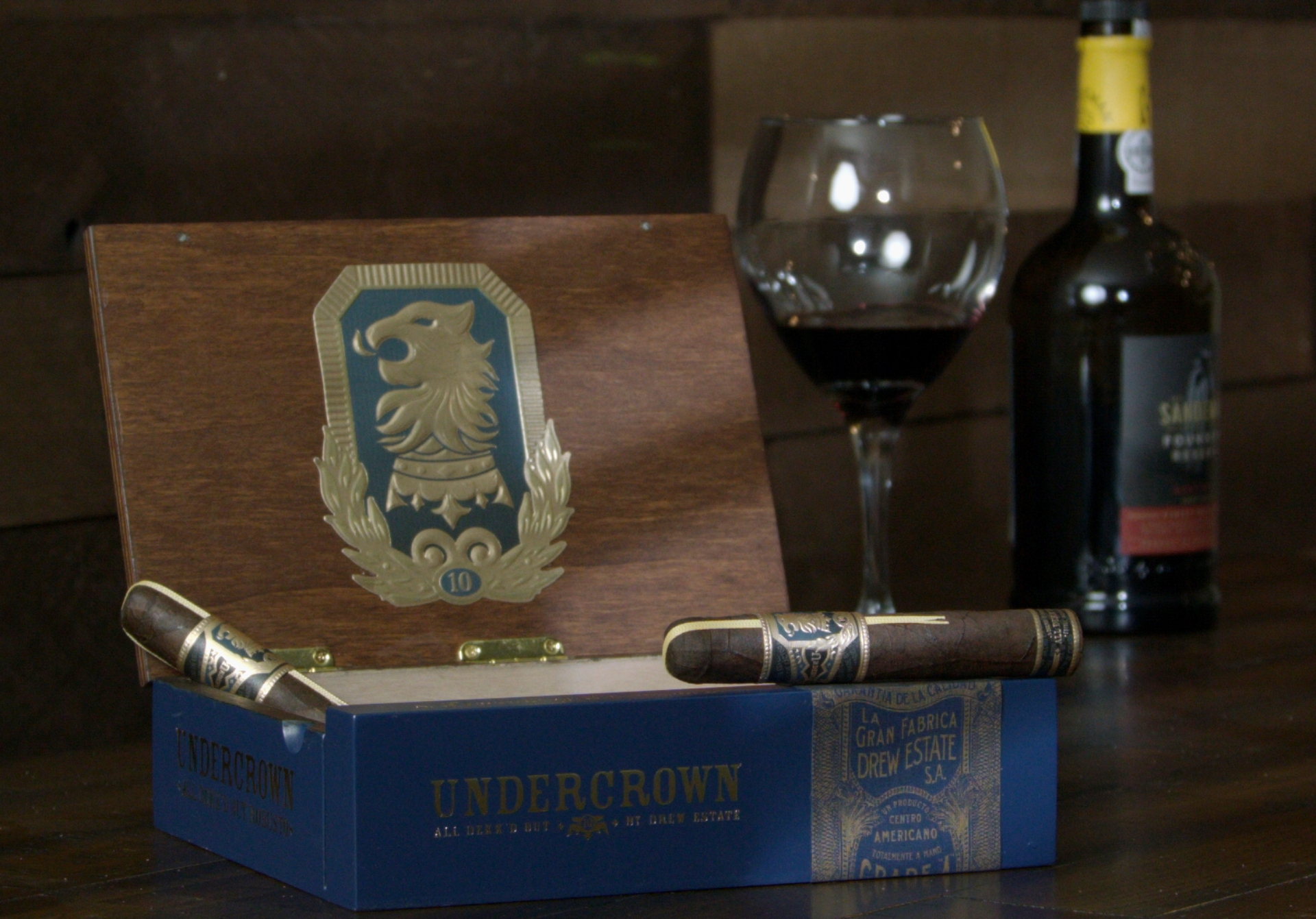 What you also have in this 10th anniversary cigar is something that carries a ton of importance for Drew Estate founder, Jonathan Drew, who says: “Undercrown is really a story about the humble and valiant prince who someday shall be king. It’s about the victorious underdog and the people’s champion. It’s about virtue, honor, humility, strength, and resolve. It’s the one Drew Estate brand that I most identify with because it’s about the people who work at Drew Estate.”

Appearance: By simply placing a slim yellow ribbon over the cap and through the band this vitola assumes a certain air of refinement. How’d they do that? The high priming San Andrés Otapan Negro wrapper exhibits an attractive dark chocolate color, too.
Construction: The cigar is well-packed, seamlessly rolled, and the cap is perfectly fashioned. For some reason, the cigar felt a little wider than a 50 ring, but it was also comfortable to hold.
Cold Draw: A mix of earth and tart fruit.
Base flavors: Light earth, dark chocolate, cappuccino, leather, baking spices, brown sugar.
Aroma: Rich.
Burn & Ash: As good as it gets. Burn is 95% even with a thin carbon line, while the ash is mostly grey and stubbornly firm. 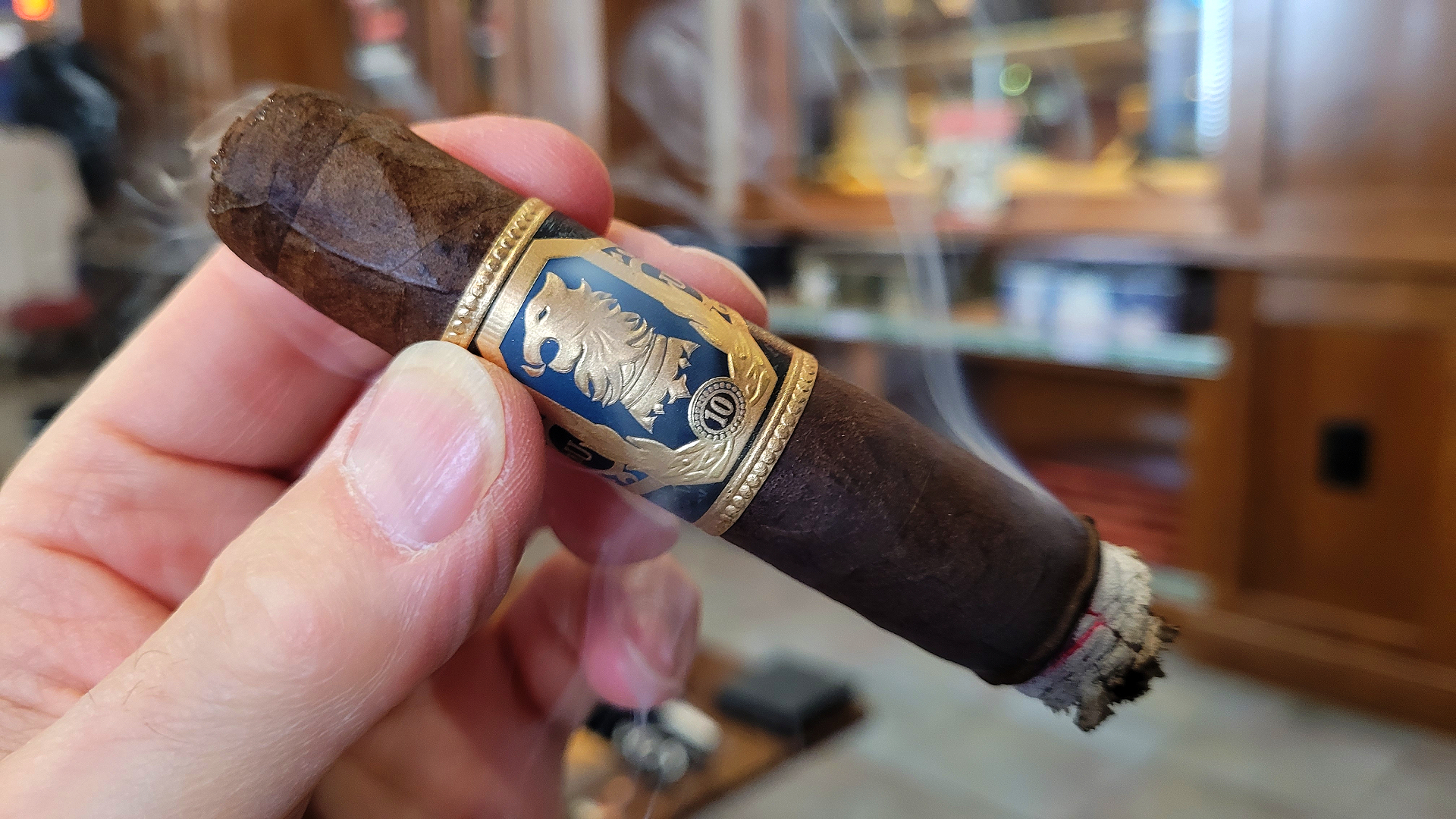 A well-balanced mix of earth, sweet tobacco, and black pepper out of the gate, yet they all settle down fairly quickly. The cigar also put out a pretty fair amount of thick smoke from the get-go. (This is common among most Liga selections, including the Liga Privada #9 and T52.) Upon reaching the first inch, notes of bittersweet chocolate, peppery spice, and a light touch of earth were revealed. At this stage the smoke was also very smooth, creamy, and medium in body and strength. 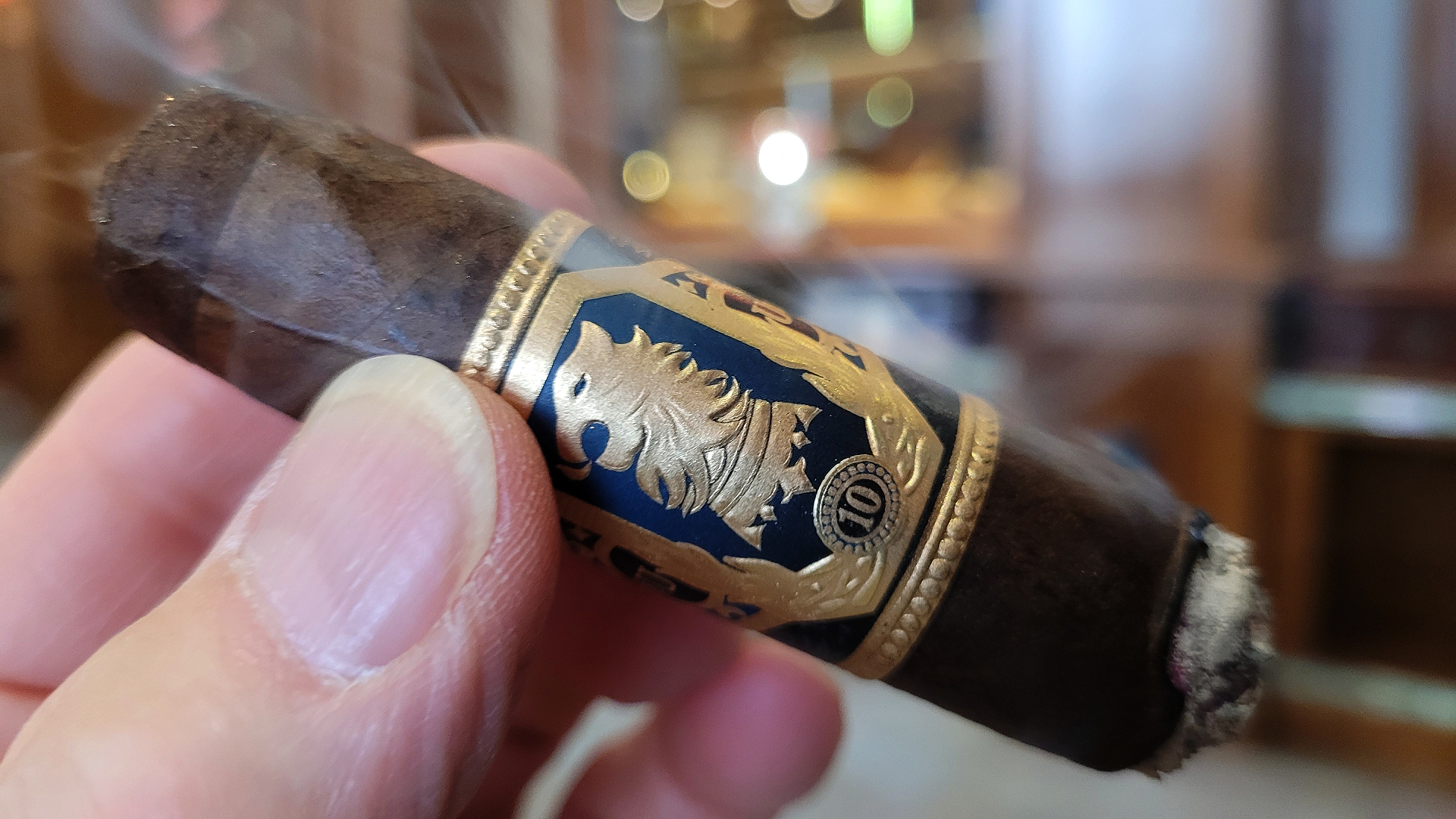 The well-balanced smoke continued to stream from the cigar chimney-style. It also remained balanced and creamy as cappuccino, roasted nuts, and some leather were added to the dark chocolate and spice. The body and strength remained in the medium zone. But as I got closer to the border of the final third, notes of nutmeg and other baking spices shuffled in giving the cigar a pleasant, layered effect. 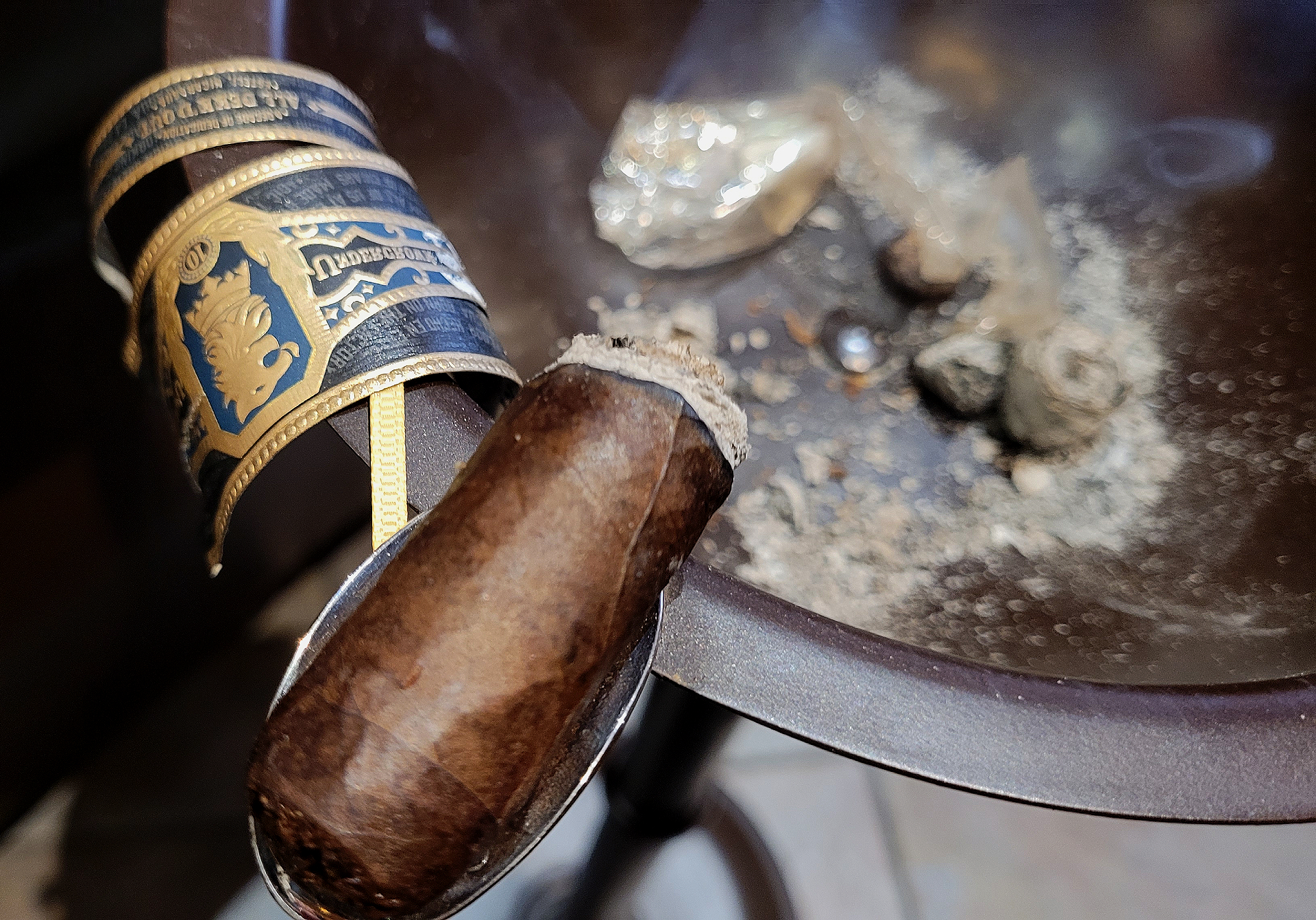 This is where some brown sugar sweetness started to work its way in. The cappuccino also appeared to be more noticeable in this last act. So, a wonderful array of flavors were all working together. And while the smoke was still very smooth, the body did move a little closer to full; after all, this is only a five inch cigar.

What whiskey pairs well with the Liga Undercrown 10?

To do this one right, pair it with a Nicaraguan rum like Flor de Caña. If you prefer bourbon, try it with a glass of Larceny Small Batch over ice. For more qualified combinations, see our Cigar & Spirit pairing guide.

Is the Liga Undercrown 10 worth smoking?

A 10th anniversary is nothing to sneeze at. And for this Liga Undercrown 10 ‘All Dekk’d Out’ Robusto, not only can you tell that Drew Estate put a lot of extra love into this blend, you can taste it. The smoke is remarkably creamy, balanced, and the flavors are elegantly layered culminating in a rich, refined smoke that left me wanting more. Additionally, as a fan of prime Mexican San Andrés maduro wrapper, the high priming leaf they used on this cigar is one of the best I’ve smoked. All-in-all, my Robusto performed so well in terms of flavor, balance, strength, and consistency I’m adding it to my “perfect cigar” file. Or to put it another way, it’s one of those cigars I’m always going to have several of in my collection.

Reading Time: 6 minutes The JFR Lunatic Torch Dreamlands takes the stand: stuffed with Aganorsa estate-grown tobaccos, rolled to a hefty six inches by 60 ring, and finished with a shaggy foot, the question is. . .did the review panel go looney for it? You may be surprised at the jury’s verdict. Watch now!